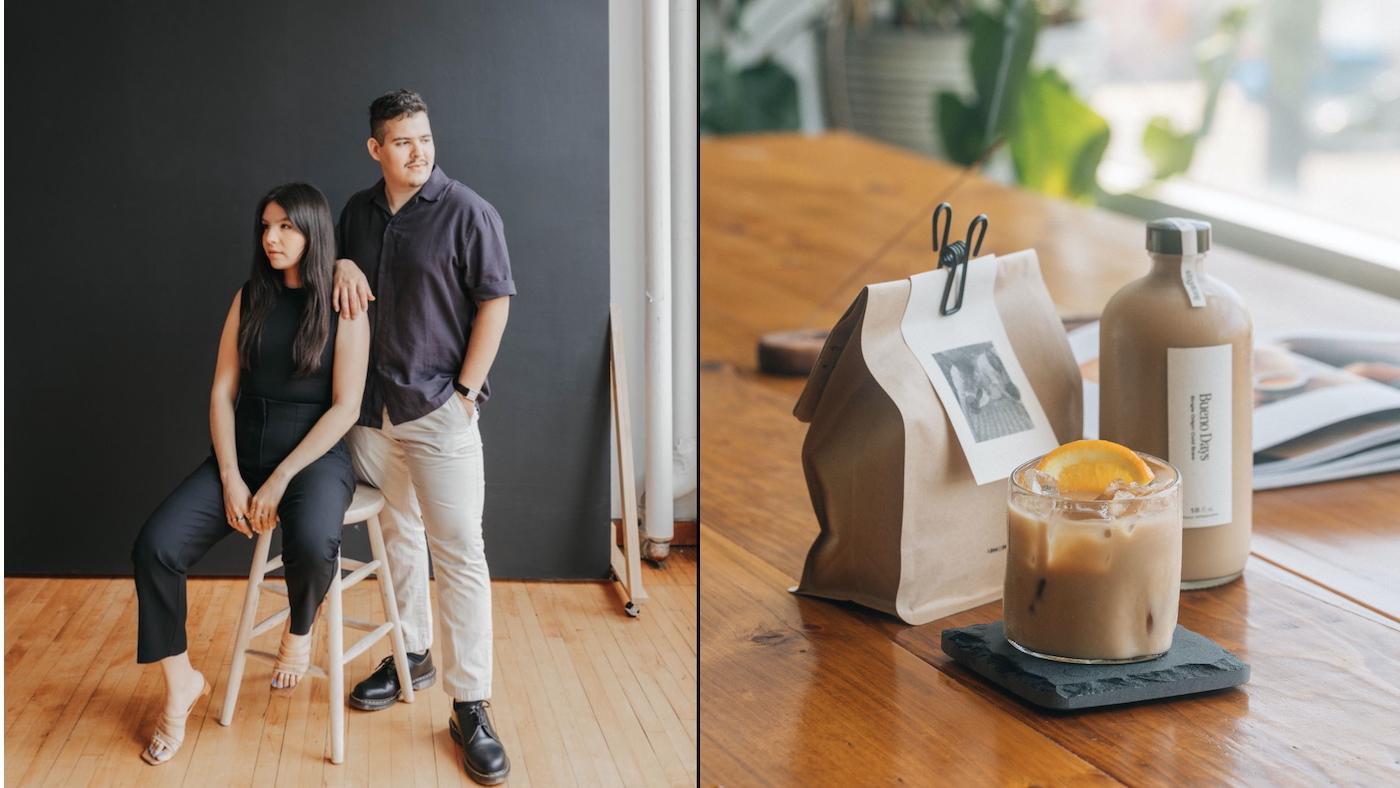 As it did for so many people, the COVID-19 pandemic made Little Village residents Alma and Cristóbal Mora re-examine their priorities. The couple dreamed of starting a family business and considered the things that made them excited and proud along with what they wanted to see in the world. They settled on using their love of coffee to explore their Mexican American heritage, founding Bueno Days in October 2021.

“A lot of people drink coffee very regularly but don't know very much about it,” Alma says. “We wanted to share that along with what it means to be from multiple places. We know that so many people can relate to that sentiment.”

The company sells coffee beans and cold brews sourced from Mexico, popping up at events around Chicago. You can find them next during the Más Allá Hispanic Heritage Month dinner series running at Bar Esmé—the lounge within the Michelin-starred Lincoln Park restaurant—where they’ll be explaining how their coffee is made while serving it alongside a four-course meal with Johnnie Walker cocktails.

“We're going to talk about soil and how that has an effect on the coffee along with microclimates and ultimately how things are being processed in the mills,” Cristóbal says.

Alma has been drinking coffee for as long as she can remember—her grandmother and mother would give her a bit of instant coffee and plenty of milk starting when she was just two years old.

“It was just so ritualistic and a part of our family gatherings,” she said. “It was never necessarily about high quality coffee. It was just about the moment that you shared with coffee.”

Cristóbal didn’t discover coffee until college, when a friend working as a barista gave him espresso. Cristóbal briefly worked at a cafe himself before pursuing a career in marketing, but he never lost his passion for coffee.

“I really missed just brewing shots of espresso, talking to people, and all the ritual that comes with it,” he said.  “I was eager to go back to the coffee industry somehow.”

While coffee is very popular in Mexico, little of what’s grown there makes it to the U.S. The Moras tried coffee from multiple regions before partnering with Rosalba Cifuentes, whose family has been growing coffee in the Bella Vista area of the southern state of Chiapas for more than a century, to create their Café de Mujeres brand. Cifuentes works with female producers throughout the area to promote gender equality, and the Moras were able to set up direct trade to allow the growers to set their own price.

“We cut out the middleman and are creating this really great bond and relationship with her as a producer but also with the farmers that she works with,” Alma said.

Chiapas borders Guatemala and shares much of the same terrain, including volcanic soil, which can make coffees from both areas taste similar. However, flavors are also imparted based on how the beans are processed.

“We're seeing a higher interest in modern fermentation practices that further develop flavor, like anaerobic processes, which just means that you control the amount of oxygen while the fermentation is happening,” Cristóbal said.

Alma leads in developing the flavors of Bueno Days’ drinks, which are inspired by the home-cooked Mexican meals she grew up on. Examples have included a latte made using a nutty coffee and Oaxacan mole, a mazapan latte where the popular peanut candy complemented the fattiness and richness of the milk and coffee, and a horchata cold brew.

“I think coffee can sometimes be thought of as a very pretentious product if you have it in a high quality form,” Alma said. “I really wanted to challenge that, going back to this idea of you are who you are and that's beautiful. You can also have your coffee however you want.”

Bueno Days has popped up at barber shops, flower shops, and makers’ markets, and the Moras are always looking for collaborators who share their values.

“We really love to partner with people that think outside the box and think of bringing in an experience that is intentional, something that is well-rounded with elements of education and experience involved,” Alma said. “I think it's so important for us to keep true to our mission and what we do that we just want to make sure that the people we share that with are also aligned on that space.”

But fans of their products have asked for a consistent place to find them. As the company approaches its one-year anniversary, the Moras are looking into opening their own location.

“Hopefully it's a physical space where we can curate our events, create more of these special moments with the community and share our mission and to invite people to try the fun projects that we're working on that are really meaningful to us,” Alma says. “We don't know when exactly that's going to happen, but we hope it’s in the near future.”