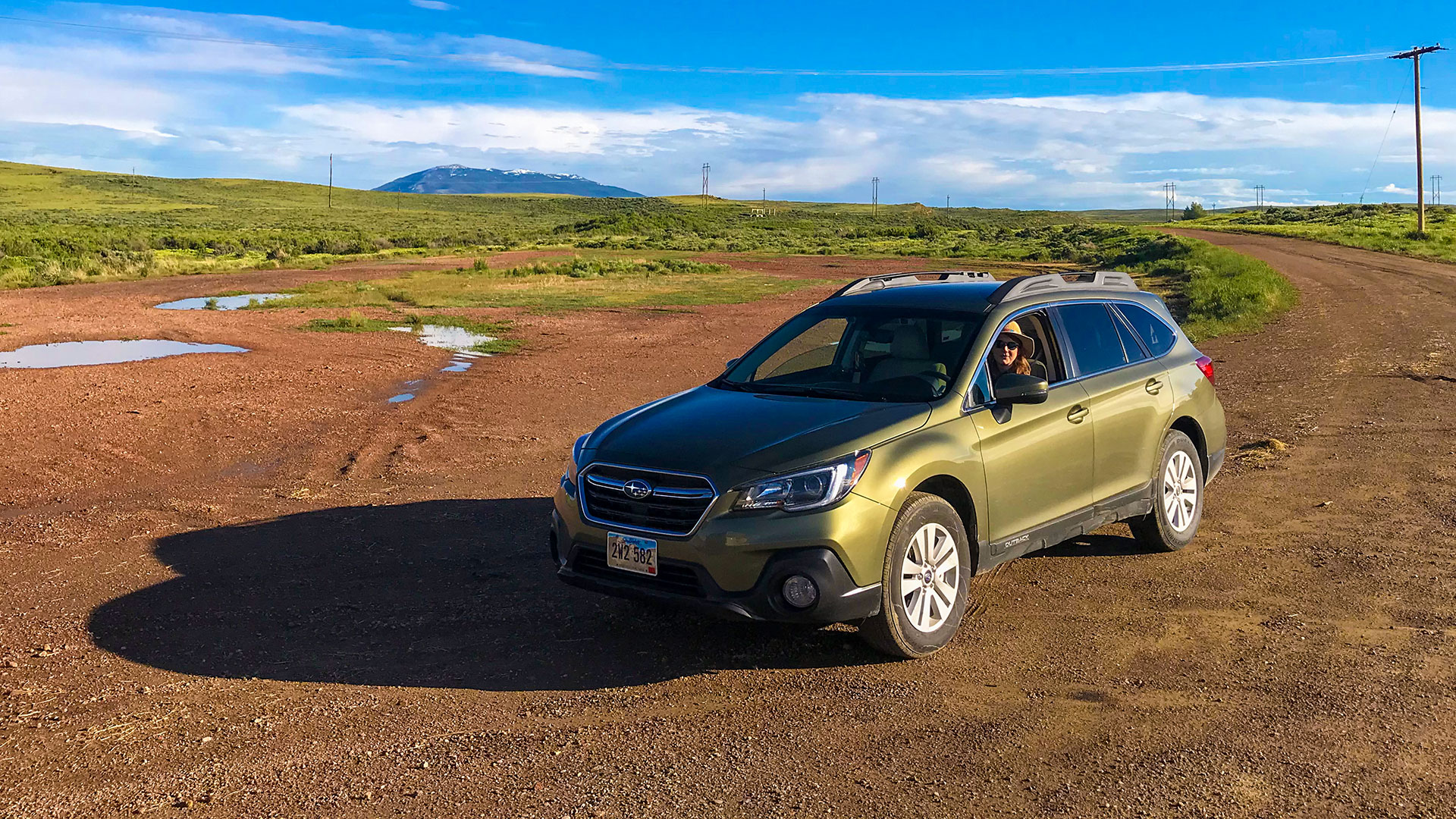 Take Your Own Prehistoric Road Trip

Did Emily’s trip inspire you to take your own journey through prehistoric times? Not every location on Prehistoric Road Trip is accessible to the public, but we’ve pulled some highlights for you from the ones that are, starting your trip in Rapid City, South Dakota.

An important note: many of these locations have winter hours or are closed altogether during the colder months. Summer is probably the best time to visit, but the timing and your pace is up to you.

Start your trip in Rapid City, where you can visit Dinosaur Park, a hilltop park overlooking the city with dinosaur statues built in the 1930s. You can also stop by the South Dakota School of Mines and Technology Museum of Geology.

With the Ben Reifel Visitor Center just over an hour’s drive from Rapid City, Badlands National Park has a rugged beauty. According to the park’s website, ancient horses and saber-toothed cats once walked the land. There’s plenty of hiking and camping, and you can visit the park’s fossil prep lab to see the experts in action.

Emily’s family frequented Custer State Park when she was growing up in South Dakota. At the park, you can paddle the lakes, hike, watch roaming bison, rock climb, and more. Sylvan Lake falls within the park and makes for some dazzling scenery. The Crazy Horse Memorial isn’t far from Sylvan Lake, too. The granite peaks and hills in the park, along with the Rocky Mountains, are examples of the uplift that allowed this part of the country to become such a great place to find fossils.

Discover all things mammoth at The Mammoth Site of Hot Springs, South Dakota. The site was discovered in the 1970s when crews were leveling ground for a housing development. An equipment operator discovered tusks and other bones. After more and more bones were discovered, the landowner decided it would better serve as a scientific excavation site than a housing development. This stop, which is now indoors, is an active dig site where volunteers are always working to uncover the mammoth bones.

Visit the Medicine Bow-Routt National Forests, where Emily discovered the 3-billion-year-old stromatolites. There is plenty to do in the forests, including hiking, camping, horseback riding, fishing, and more. According to the U.S. Forest Service, the 2.9-million-acre park spans from central Colorado to Wyoming. If you want to see the stromatolites, the Wyoming State Geological Survey offers this self-guided walking tour.

Check out the fossil collection – including Dee the Mammoth – at the Tate Geological Museum on the campus of Casper College. You’ll spot the museum by the giant T. rex statue out front. The museum also offers paid digs in the summer to nearby dinosaur fossil sites.

See 58 mounted skeletons, including some familiar dinos, at the Wyoming Dinosaur Center. Meet a T. rex, Triceratops, and a Supersaurus. The museum also has several dig programs where you can get your hands dirty in search of fossils.

Walk in the fossilized footprints of actual dinosaurs at this roadside stop near Greybull, Wyoming. Dinosaurs walked this land, which was once an ocean shore, 167 million years ago.

Stop 9: Museum of the Rockies

This museum in Bozeman, Montana, has one of the largest collections of North American dinosaur fossils in the world, including a nearly complete Allosaurus and a series of Triceratops skulls that show the growth of the dinosaur from juvenile to adulthood. The museum is also home to a paleohistology lab, which studies the microscopic structure of fossil bones and allows scientists to better understand how they grew and how they lived.

If you time your trip right, you can visit the Carter County Museum in Ekalaka, Montana in time for the Dino Shindig. [LINK TO SHINDIG STOP PAGE]. The annual event takes place at the end of July and features lectures from paleontologists, activities for kids, dancing, and more. (The event will be virtual in the summer of 2020). You can also participate in the field expedition in which Shindiggers go out and look for fossils with the guidance of the Carter County Museum’s experts.

Stop at this small-town museum that collects [LINK TO PTRM STOP PAGE] only artifacts and fossils that come from within a 100-mile radius of Bowman, North Dakota. In addition to a collection of fossils, the museum has collections that explore anthropology, archeology, genealogy, astronomy, botany, as well as the local history of life on the frontier and memorabilia from several American wars.