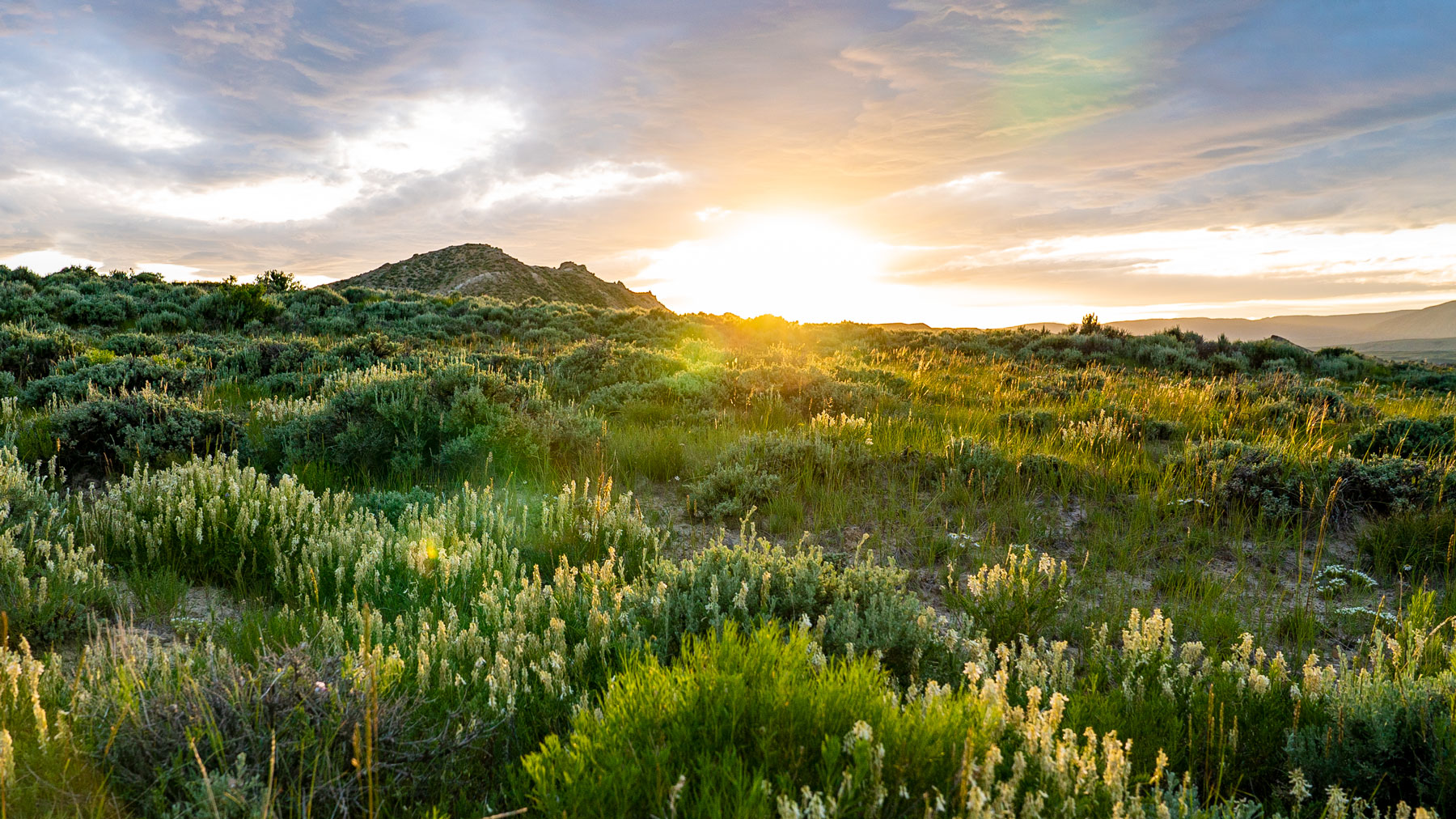 What is Deep Time?

Did you know that we live closer to T. rex than T. rex and Stegosaurus? Comprehending time is tricky and often mind blowing. In Prehistoric Road Trip, we use the phrase “Deep Time.” That refers to the geologic timescale that traces Earth’s evolutionary history back 4.5 billion years. That’s...a long time. A billion years, or even a million years, is a hard concept to grasp. But it’s written in the rocks and in the very fossils found on the show.

There’s a lot to understand when looking at a comprehensive geologic timescale, like this one. You’ve got eons, eras, periods, epochs, and ages – all of which describe the distinctive intervals of time. An obvious side note: this doesn’t cover every major time interval in our planet’s history, and there’s a lot more research out there on what life was like on Earth during these times. For the sake of simplicity, here’s an overview of the ones that are featured in Prehistoric Road Trip.

The Precambrian is our largest time interval. It represents more than 80 percent of Earth’s lifespan. The Precambrian includes the Hadean, Archean, and Proterozoic eons. Each of those eons are broken up into eras and periods. During the Precambrian, the Earth looked very different, with protocontinents and supercontinents changing position. Because it’s such a massive span of time, it’s hard to give the Precambrian a single set of descriptions, because the Earth was changing. Scientists don’t know a ton about the Precambrian, like when exactly early life began to emerge, but it was in the later portion of the Precambrian that multicellular organisms started showing up.

In the show, Emily travels back to the Precambrian to learn about ancient cyanobacteria that formed rocks today known as stromatolites.

We’re jumping way ahead to the Carboniferous period. (You might see it as two separate periods on some timescales, called the Mississippian and Pennsylvanian periods). The Carboniferous period falls under the big umbrella of the Paleozoic era, during which marine life thrived. The Carboniferous period saw the beginning of the formation of the supercontinent Pangea. Much of the earth was covered in vast, swampy forests. Some of what is now the United States was covered by an inland sea. The atmosphere had its highest concentration of oxygen, which allowed for some pretty huge insects and invertebrates, such as millipede-like critters that could grow to six feet in length. In the seas, there was an array of weird-looking fish.

Let’s skip forward another few million years into the Mesozoic era – the time when dinosaurs ruled the planet. Within the Mesozoic era are three periods: the Triassic, the Jurassic, and the Cretaceous. During the Triassic, land creatures – especially reptiles – began to diversify. The Triassic fossil record shows animals like the marine-dwelling reptile called ichthyosaurs and the flying pterosaurs. By the Late Triassic, some early sauropods (long-necked dinosaurs) started to emerge.

You can travel back to the Triassic with this article on sauropods, which continued to evolve through the Jurassic and Cretaceous periods. Speaking of...

We bet you’ve heard of this one. During the Jurassic period, the supercontinent Pangea split up. Dinosaurs ruled the landscape, with some early mammals making an appearance as well. Also around was Allosaurus – a meat-eating theropod. There were also the guys who favored plants: Sauropods, like Brachiosaurus, continued to evolve, and Stegosaurus used its armor to defend itself from the meat-eaters.

Visit the Jurassic period to learn more about what it takes to dig up fossils from this time, what museums are doing to bring these animals to life, and what we can learn from the footprints these creatures left behind.

Next, let’s cruise on into the Cretaceous period, the longest of the Mesozoic Era. During this time, dinosaurs still pretty much ran the show, but smaller mammals and prehistoric birds also began to evolve. T. rex preyed on Triceratops and other smaller dinosaurs. And the continents started to look more like they do today. The Cretaceous ended 66 million years ago with a massive extinction event, which scientists believe was caused by an asteroid impact. The extinction wiped out most of life on earth.

There’s a lot to do in the Cretaceous on our road trip. One important Cretaceous site used to contain a plant fossil record that was wiped out by overeager collectors. Plus, how did anything survive the mass extinction?  One museum has a collection of tiny fossils that might offer hints about the fateful day that wiped out the dinosaurs.

With the dinosaurs extinct, the age of the mammals begins in the Cenozoic Era. This era contains the Paleogene, Neogene, and Quaternary periods. During the Paleogene, mammals such as early pigs, horses, and other hoofed animals began to emerge. The period is broken up into three epochs: the Paleocene (that’s with a “c” ... not to be confused with Paleogene), the Eocene, the Miocene. During the Paleogene period, tiny mammals evolved into larger creatures. The planet was moist and tropical. In fact, there was a period of global warming, called the Paleocene-Eocene Thermal Maximum, in which the Earth’s temperature rose by about 5 degrees Celsius.

In the show, Emily gets to know the prehistoric mammals whose fossils can be found in Badlands National Park.

Mammals continued to evolve throughout the Neogene period. The Neogene is split up into two epochs: the Miocene and the Pliocene. The planet was drier and cooler during the Neogene. Early hominids began to evolve, and the ancestors of humans evolutionarily diverged from apes. In the show, we get to know a prehistoric beaver called palaeocastor, which left traces behind in Nebraska.

The Quaternary period began about 2.6 million years ago and continues through to present day. It’s divided into the Pleistocene and Holocene epochs. The climate fluctuated a lot during this period, with ice ages and periods of warming in between. Large mammals like the mammoths and mastodons roamed the earth. Also roaming the earth? Human beings. Fossil evidence of Homo sapiens evolved around an estimated 300,000 years ago.

Travel to the Pleistocene epoch as Emily visits the Mammoth Site at Hot Springs, South Dakota. She ends up in the present day, exploring the issue of fossil collection on Native American lands, and examining how scientists are studying the future of pallid sturgeon. Plus, we see how some modern-day Homo sapiens get together to celebrate paleontology.