They might not look as exciting as an articulated T. rex or Triceratops, but when it comes to age, the dinosaurs can’t compete with stromatolites. A stromatolite is a layered rock that was left behind by a colony of bacteria – specifically, cyanobacteria. Cyanobacteria are microscopic, single-celled organisms that can photosynthesize. Cyanobacteria live in shallow water and are sometimes referred to as blue-green algae.

“Stromatolites tell us when photosynthesizing organisms first evolved and proliferated, and they give us information on the environments they lived in,” geologist and paleontologist Kelli Trujillo from Laramie County Community College said in an email. “For example, the seas were shallow enough that organisms could be in the sunlight while still attached to the bottom.”

If you look at a stromatolite, you can see distinct layers. That’s because as sediment clung to the sticky surface of a group of cyanobacteria (what Trujillo calls a “mat” of bacteria), the bacteria couldn’t see the sunlight to photosynthesize. So they moved up a layer in order to get to the sun, and layer upon layer built up to create the structure that is left behind and ultimately fossilized. 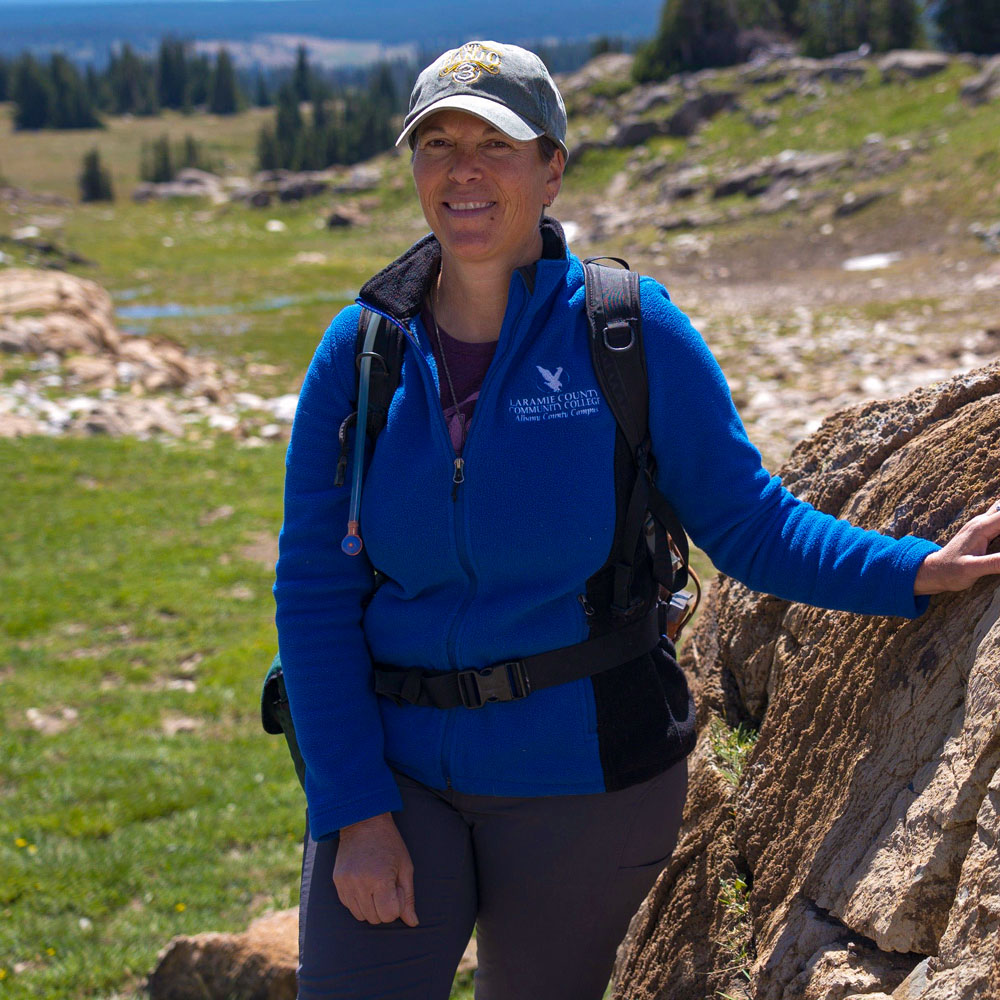 Geologist and paleontologist Kelli Trujillo stands next to a large stromatolite nicknamed “Big Daddy,” which is estimated to be more than 2.1 billion years old. Photo: Julie Florio

“One reason for this is that organisms like snails and other grazers will eat cyanobacteria, and so once the grazers became common, the cyanobacterial mats that make stromatolites got munched on,” Trujillo said.

So why all the fuss over a layered rock? Besides their impressive age, stromatolites – or, rather, the cyanobacteria that they once were – are credited with adding more oxygen to our atmosphere, Trujillo said.

“Cyanobacteria in general are – we’re pretty sure – responsible for bringing our atmosphere to being oxygen-rich so that other forms of life could start to evolve and utilize it,” Trujillo told Emily Graslie. Oxygen is a key byproduct of the photosynthesis that the cyanobacteria were so adept at.

Today, you can find stromatolites in plenty of places, including the Nash Fork Formation in the Medicine Bow Mountains and in the Hanna Basin, Trujillo said. There are even still a few locations in the world with living stromatolites, usually in water too salty for other animals to inhabit, preventing those creatures from snacking on the stromatolites. One of those locations is in Shark Bay, off the western coast of Australia, where they are considered “living fossils,” since they continue to grow.

“Stromatolites are important to the history of life because they are the record of some of the first life on Earth,” Trujillo said. “Even though most stromatolites don't have the actual microbes preserved, they still give us evidence of the existence of the microbes – just like other trace fossils like dinosaur tracks give us evidence about the existence and lives of the track makers.”