Horn to Run: Q&A with a Triceratops

Museum of the Rockies, Bozeman, Montana

Name: Triceratops, but you can call me Tammy

Q: When and where did you live? 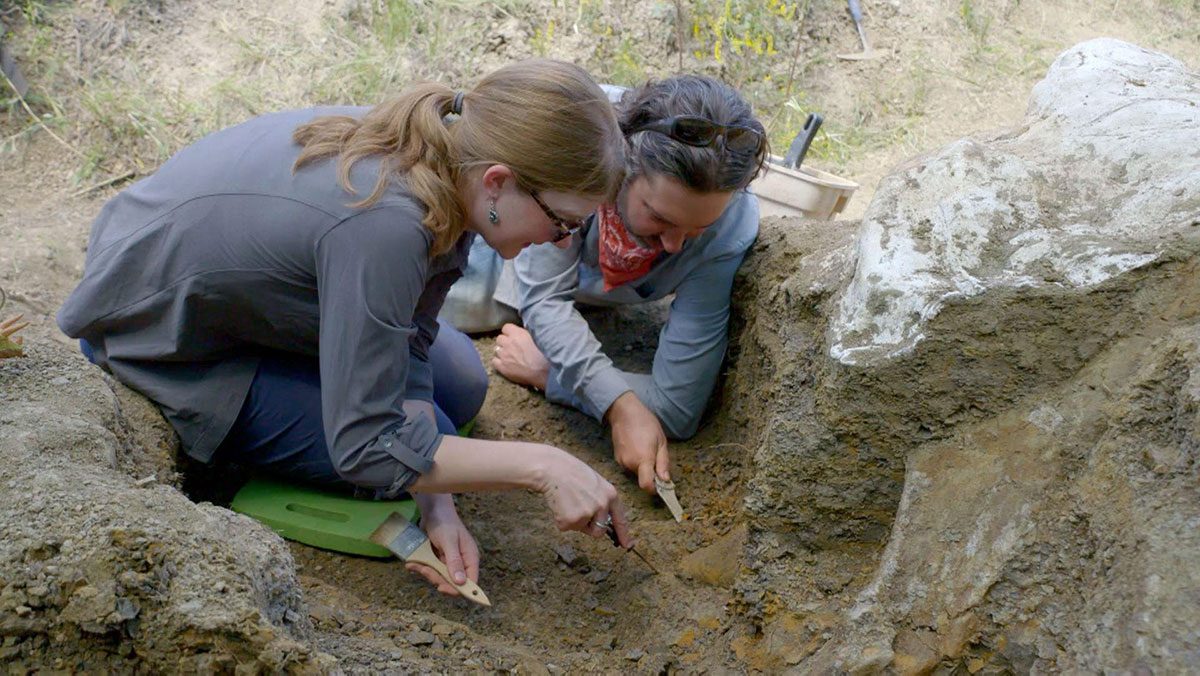 Horns in the Hills

Emily Graslie meets with a team from the Royal Ontario Museum as they dig up a Triceratops skull.

A: I lived approximately 66-100 million years ago, during the end of the Cretaceous period, which was the last segment of the Mesozoic era when dinosaurs really ruled the world. I lived in what is now North America, though at the time, the continent looked pretty different. Much of the western United States, where fossils from my fellow Triceratops have been found, was covered by a large inland sea. Today, Triceratops are frequently found in the Hell Creek Formation in the western U.S., including Montana, Wyoming, Colorado, and the Dakotas, as well as Alberta and Saskatchewan in Canada. Othniel Marsh first discovered me and named me in 1889 during the Bone Wars. There were so many of me and my other Triceratops pals, you probably would have seen one of us if you were walking around!

A: If you’re not familiar with me, I’m the gal with the fan-shaped frill, beak-like nose and mouth, and two horns above my eyes. I have a third horn above my nose. Experts describe me as having four “sturdy” limbs, a long, wide body, and a tail. Beneath my beak I have a set of teeth that are good for gobbling up my plant-based diet. My teeth act sort of like shears, grinding down some of the tough foliage I eat. I’m herbivorous, so every day is #MeatlessMonday for me.

Q: How much did you weigh?

A: Um, wow. That’s a pretty bold question. I could grow to be almost 6 tons (that’s 12,000 pounds!) and upwards of 25 feet long. In other words, I would not fit comfortably at your dining room table for a dinner party. (If you do invite me, I’ll eat only the salad!)

Q: What makes your skull so unique?

A: I am proud to say that my skull is among the biggest animal skulls ever on this planet. It can be as big as 8 feet long and 6 feet wide. I’ve also got three very cool horns, which is where the “tri” in Triceratops comes from. 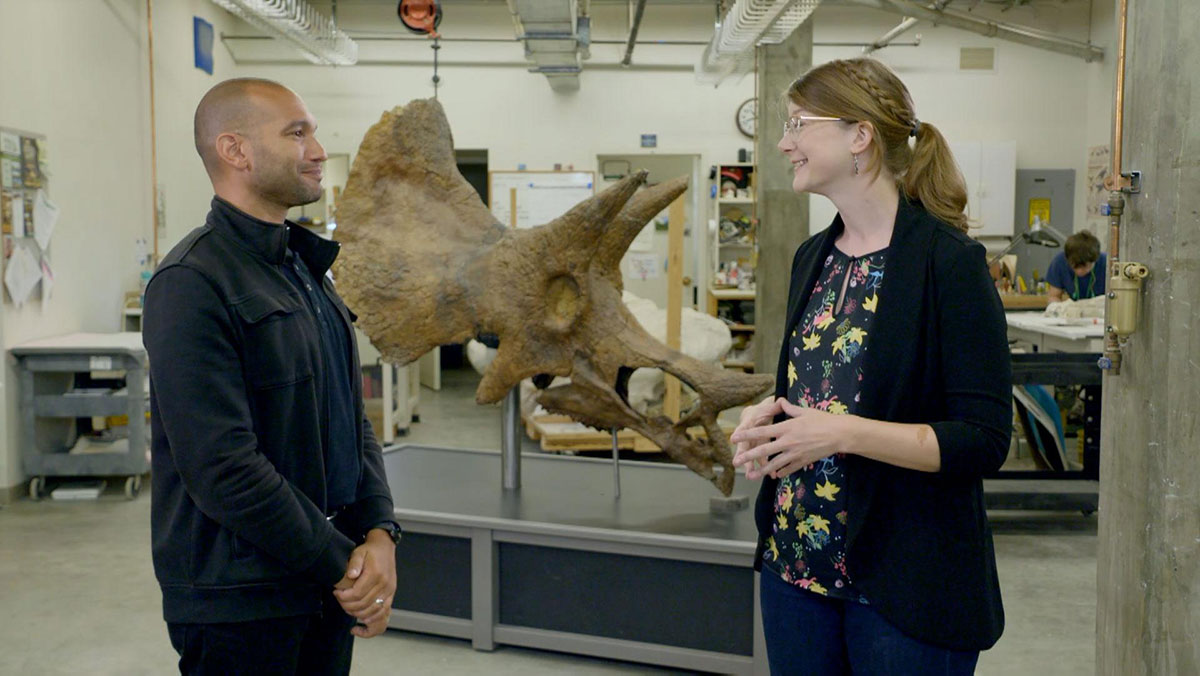 Another team is working to unearth a Triceratops in the Hell Creek Formation in order to study both the growth and evolution of these animals.

Q: Tell me more about your horns.

A: That’s really more of a statement than a question. Anyway. I have three horns: one above each of my eyes, and one above my beaky nose. I also have some spikes, officially called epiossofications, on my cheeks and along my frill.

Q: What’s the deal with the frill?

A: My frill is what makes me so identifiable! The frill is the fan-like part of the back of my skull that extends backwards over my neck. Both my horns and the shape of my frill changed a lot as I grew from a lil’ Triceratops to a grown-up. Some research suggests that my frill was actually used to communicate or signal to others, and it also might have been used to attract mates or to defend myself in fights. All’s fair in love and war!

Q: Is it true that you were a favorite snack of the T. rex?

A:Ugh. Yes, it’s true. My arch-nemesis, the T. rex was a little aggressive and loved to munch on me and my friends. Paleontologists have found T. rex teeth marks in my fossils, sometimes even in my fabulous frill. Rude! But don’t worry, my horns weren’t just for decoration. They could sometimes be useful tools in fighting off those bullies. At least my arms weren’t as tiny as a T. rex’s arms!

Q: Why are you such a popular dinosaur?

A:  Um, I would say “iconic” rather than popular. I think one of the reasons I’ve captured the public’s imagination is my funky style. I have the body of some large land animals that are still alive today, such as a rhinoceros, but I have a parrot-shaped nose. I’m also the gentle foil to the ferocious T. rex. Unlike T. rex, I’m a dino that seems like I wouldn’t immediately bite your head off!

Answers based on an interview with John Scannella, John R. Horner Curator of Paleontology, Museum of the Rockies at Montana State University.