The Beaver that Put a Twist on the Burrow Emily Graslie heads to Agate Fossil Beds National Monument to learn more about a bizarre trace fossil left behind by a prehistoric beaver.

At Agate Fossil Beds National Monument, there’s a bizarre fossil that’s got a little bit of the devil in it. Well, in its name, anyway. A corkscrew-shaped, several-foot-tall trace fossil emerges from the side of a bluff. It’s called a daemonelix, which translates as “Devil’s corkscrew.”

Scientist Erwin Barbour gave the fossil its name, initially suspecting the many corkscrews that were found in Nebraska to be the remains of some type of freshwater sponge. But once scientists discovered the remains of a rodent in a small chamber outside of the corkscrew, the real picture came into focus: the Devil’s corkscrew was actually the clever underground home of a prehistoric rodent.

Introducing: the palaeocastor. That’s just a big name for a prehistoric beaver that lived in the Miocene epoch. But this wasn’t your run-of-the-mill, dam-building beaver. This guy burrowed, thus the daemonelix.

The burrows were quite a feat of engineering. According to the National Park Service, the palaeocastor used its teeth to burrow as much as 8 feet below ground in a spiral shape. Why a spiral? Paleontologists suspect it may have had something to do with controlling the temperature in the burrow and that the corkscrew would have maintained the airflow. The burrow’s chamber offshoot was tilted upward at an angle, likely to prevent the burrow from flooding. 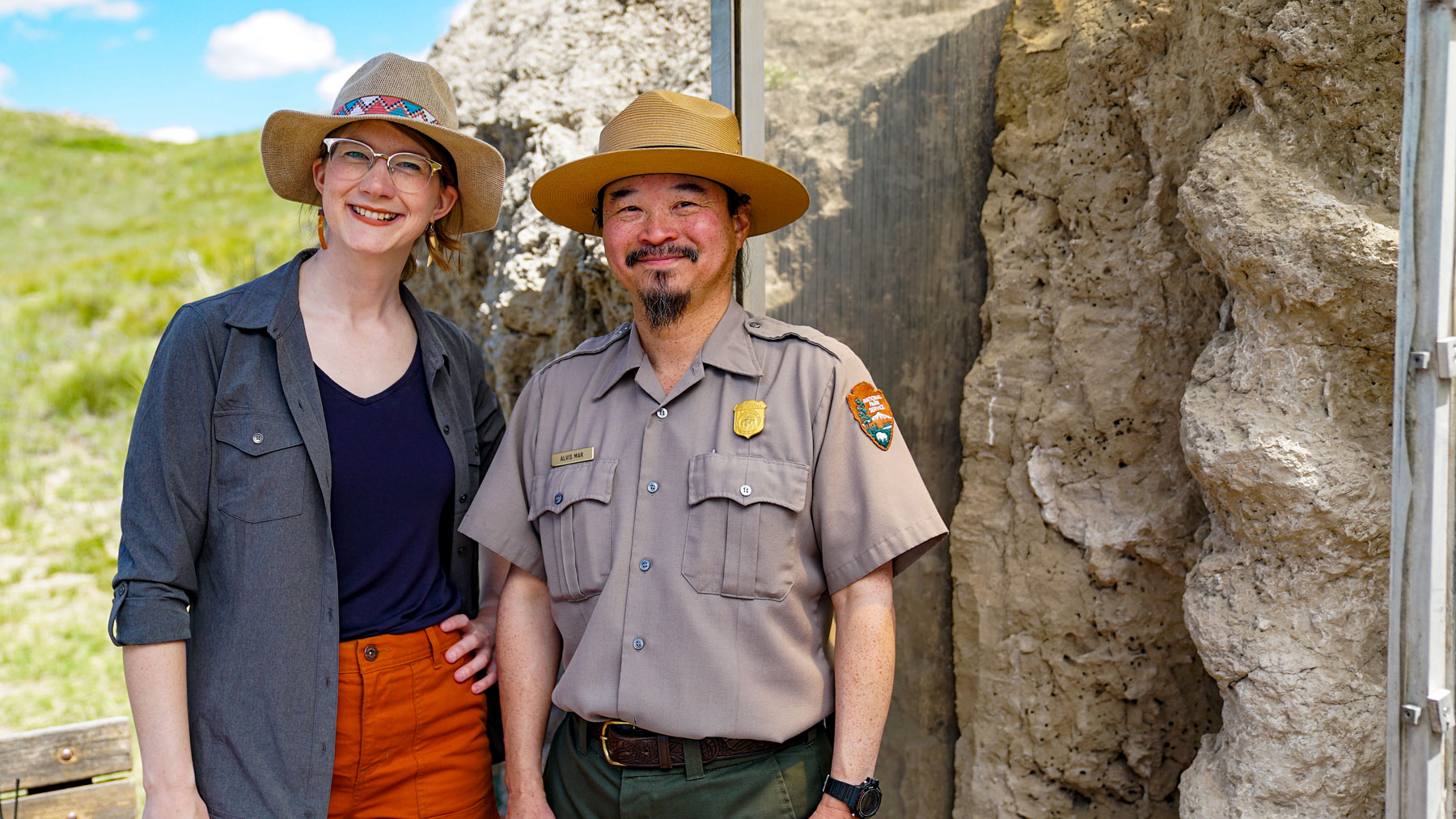 Emily Graslie and Agate Fossil Beds ranger Alvis Mar stand next to a fossil display of a daemonelix, a fossilized burrow of a palaeocastor. Photo: Julie Florio

Watch more of the clip from Prehistoric Road Trip above to learn about the palaeocastor.