What We Can Learn from a Fossil Footprint

Off a nondescript rural road just outside Greybull, Wyoming are a set of footprints that date back to the Jurassic period. Today, the fossilized footprints at the Red Gulch Dinosaur Tracksite show how animals once walked along the sand of an ancient ocean shore. At the Tate Geological Museum, Emily Graslie looks into the question, what can we learn from trace fossils?

These footprints, which are a type of trace fossil, can tell us a lot about the creatures that walked the earth some 200 million years before us.

A few hours’ drive away at the Tate Geological Museum at Casper College in Casper, Wyoming, you can find pterosaur tracks. Pterosaurs are flying reptiles that, while not dinosaurs, are close cousins of the dinosaurs. According to Melissa Connely, earth science instructor and Klaenhammer Earth Science Chair at Casper College and museum curator, pterosaurs have a hind foot with four toes. The forearms have three finger-like digits, plus a fourth digit: the wing.

As paleontologist Steve Brusatte writes in his book, The Rise and Fall of the Dinosaurs, most pterosaurs “were about the size of average birds today, but some had wingspans wider than small airplanes.” 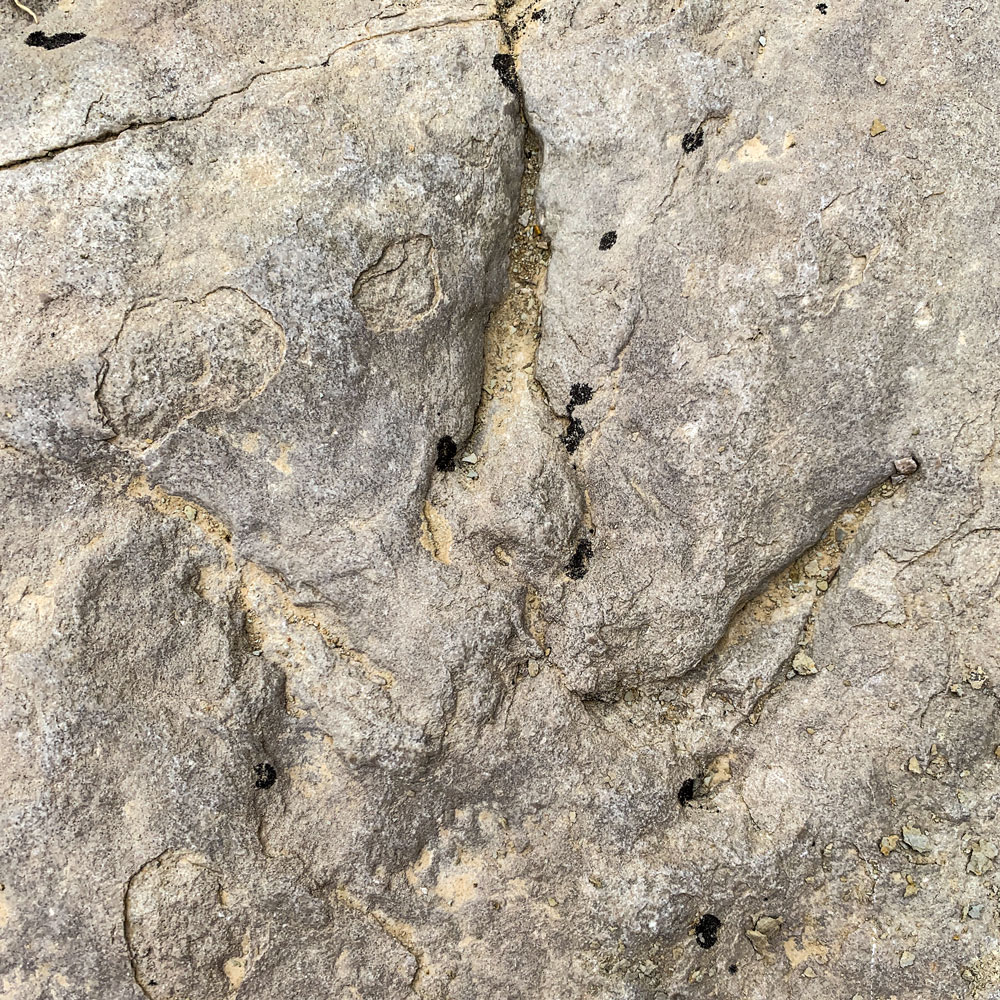 There are visible dinosaur footprints fossilized in limestone at the Red Gulch Dinosaur Tracksite in Wyoming. Photo: Emily Graslie

“What we’ve preserved here…and what we’re interpreting is the behavior of these animals that died 145 million years ago,” Connely said.

When Connely was an undergraduate student, she was part of a team that found pterosaur tracks. The tracks convinced scientists that pterosaurs were actually quadrupedal. So instead of walking upright on two legs, with their wings tucked back like a duck, pterosaurs walked on all fours. This information was even used in Jurassic Park III, which shows a pterosaur walking in a manner that was based on Connely’s discovery. But her finding taught us more than the quadrupedal nature of pterosaurs.

“It really showed that a girl in science in Wyoming, in a field that’s just not known for having girls in there, can do something that makes a difference,” she said.

Watch more of the clip from Prehistoric Road Trip above to find out more about what we can learn from trace fossils.