Main | Music | The Beat Goes On and On: Chicago House Music in the '80s

The Beat Goes On and On: Chicago House Music in the '80s 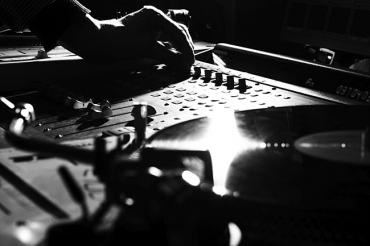 The death of disco in 1979 ushered in a new style of regional dance music – Chicago House. Pioneered by resident DJ Frankie Knuckles, the dance party continued at such local nightclubs as The Warehouse on South Jefferson Street. Night after night, crowds of House devotees from all corners of the city came out to dance and lose themselves inside the almighty beat.

“The beat won't stop with the JM Jock. If he jacks the box and the party rocks. The clock tick tocks and the place gets hot. So ease your mind and set yourself free. To that mystifying music they call the key.”

– Music Is the Key” by JM Silk

One of the hallmarks of House was its driving bass rhythm (aka “four-on-the-floor”), making it close to impossible not to move your body with the beat. This new high-energy sound was also a blend of disco classics, Eurobeat pop, soul, relentless synthesizer, and drum machine. Sometimes Knuckles was even known to sample bites from Martin Luther King speeches. This rich layering of sound texture wasn’t “a break with the black music of the past, but [rather] an extreme re-invention of the dance music of yesterday.”

The popularity of Chicago House music soon catapulted it to international attention, with records topping the charts and scenes cropping up in New York City and London.

“Jacking,” “jackin’ or “the jack” is a term used to describe the way the torso ripples when it moves to the beat in House dancing.

House Music derived its name from the Chicago nightclub The Warehouse, located at 206 South Jefferson Street.