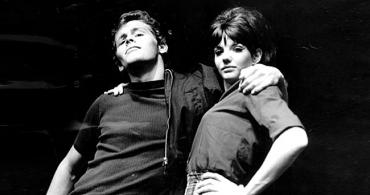 Grease performed at Kingston Mines in 1971

On February 8, 1971, the city of Chicago saw the musical Grease as its creators Jim Jacobs and Warren Casey intended it: an honest, albeit sometimes vulgar and comedic, portrayal of Chicago teenagers in the year 1959. Grease was performed at the Kingston Mines Theatre at 2356 N. Lincoln Avenue, formerly a trolley barn.

Grease offered a nostalgic trip back in time – to the Chicago of the 1950s – a trip that audiences of all ages wanted to take. The show ran, unexpectedly, into August of ’71. The musical cost less than $200 to produce, including the $70 paid for the Burger Palace Boys’ car, a 1951 Chrysler dubbed “Greased Lightning.”

Jacobs, a graduate of William Taft High School, modeled the characters of Grease after the flesh-and-blood Chicago youth he knew there. Foster Avenue Beach figured in the story, as did a certain four-letter word. Southern California sunshine and Sandy’s blonde hair were Hollywood’s doing. New York cleaned up the characters to make them easier to love and smoothed out their rough edges. But Chicago loved the Burger Palace Boys, bruises, four-letter words, dirty jokes, and all, because they were real.