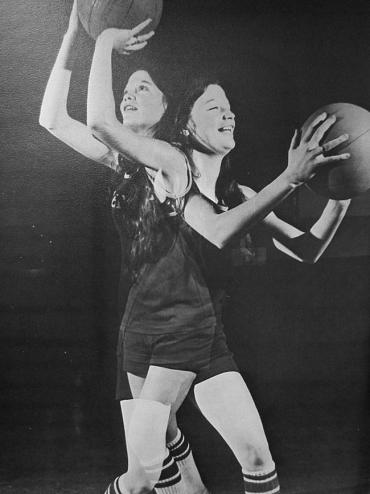 One season the girls at Steinmetz High School were relegated to timing the boys track team and the next they were running the track themselves. When Title IX of the Equal Rights Amendment went into effect on July 1st, 1972, Chicago high school girls found the glass ceiling had cracked a little bit more for them. Historically, girls could compete in some interscholastic sports, but state meets were out of the question.

Flash forward to 1975: as the result of Title IX, the Steinmetz High School girls volleyball team won the title of city champions and had the opportunity to advance to the quarterfinals for state. Mayor Richard J. Daley himself gave the team his blessing, and the assurance that no matter the outcome, Chicago would be proud of the team.