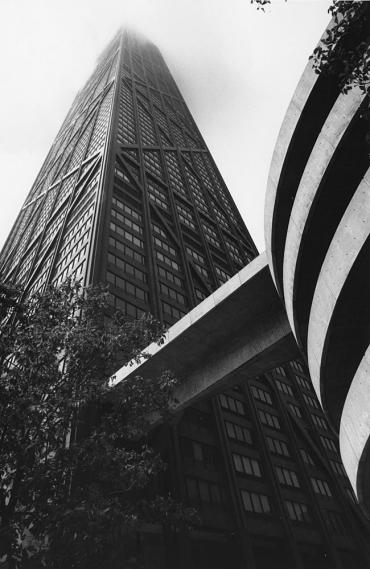 In 1970, the John Hancock Center was completed, topping out at 100 stories and making it Chicago’s tallest building until the opening of the Aon Center in ’73. The skyscraper stands on North Michigan Avenue and is a mixed-used building, composed of residential, commercial, and office space. When the building opened, those who could afford it moved in but most Chicagoans flocked to its observatory to see a 360 ° panoramic view as far as the eye could see.