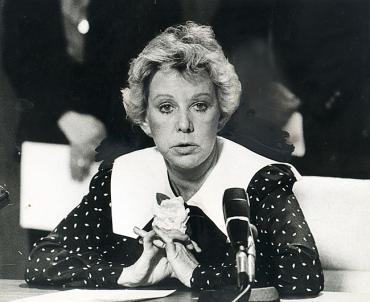 In the mayoral election of ’79, Jane Byrne effectively used the slow-to-respond city snowplows during the blizzard to paint incumbent Mayor Michael Bilandic as out of his element. She became the city’s first female mayor in that year. Her tenure included the launching of what would become the Taste of Chicago and attempted to draw attention to the challenges facing residents in public housing by moving into Cabrini Green with her husband, journalist Jay McMullen. Byrne served only one term. In the Democratic primaries, she faced Cook County State’s Attorney Richard M. Daley, the former mayor’s son, and U.S. Representative Harold Washington, who would become Chicago’s next mayor.