The Smart Museum of Art 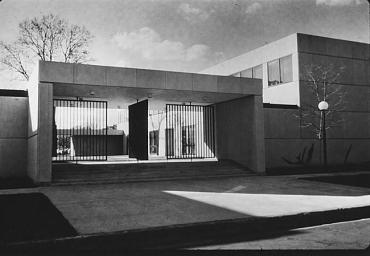 Credit: The David and Alfred Smart Museum of Art, The University of Chicago

The Smart Museum of Art, or SMART, first opened its doors to the public on the University of Chicago campus in 1974. It had previously been established to secure a home for the university’s fine art collection, which dates back to its founding in 1890. But by the ’70s, the University Art Museum was shifting away from its identity as a “cabinet of curiosities” used for the “advancement of knowledge among a relatively small group of scholars and cognoscenti,” and repurposing itself as an aid for teaching and research and more intensely focused on community outreach.

Roaming the galleries, you could see furniture designed by the architect Frank Lloyd Wright for the Robie House, located just a few short blocks away. You could find modern European sculptures and drawings, Old Master works, a collection of exquisite Chinese and Japanese paintings, or twentieth century European and American works.

The museum is named for the Smart brothers, publishers of Chicago’s Esquire Magazine.