Chicago sports fans in the 1970s and ’80s saw their share of sports glory but had a few disappointments come their way, too. The Blackhawks twice lost the Stanley Cup to the Montreal Canadiens and the White Sox were made to wear goofy uniforms that showed a lot of leg. But, overall, this era in Chicago sports can be remembered fondly. 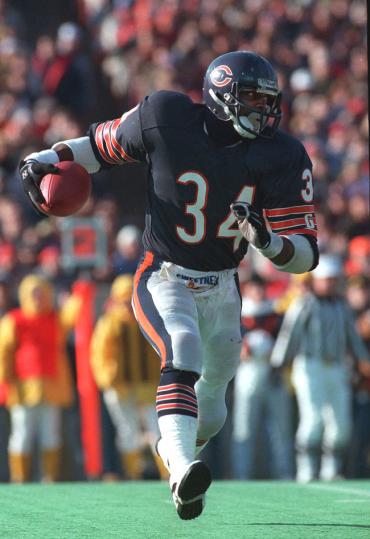 Chicago’s beloved ivy-walled Wrigley Field waved goodbye to the Chicago Bears and hello to the bright lights of baseball night games. Sports luminaries Michael Jordan and Walter Payton came to play for Chicago teams and Ernie Banks knocked his record-breaking 500th homerun into bleachers filled with cheering fans. It was twice a banner year for Chicago’s little known NASL team, the Sting, however, their star faded somewhat amidst the glare of the larger-than-life ’85 NFL Championship winners, the Chicago Bears, who brought us a nearly flawless season of pro football that had everyone from coast-to-coast grooving to the “Super Bowl Shuffle.”

Let There Be Light: The Cubs' First Night Game at Wrigley

Michael Jordan Signs with the Bulls

The White Sox Get a New Look