Main | Sports | The White Sox Get a New Look

The White Sox Get a New Look 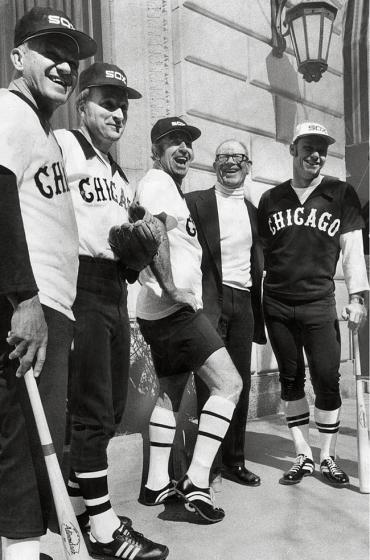 Widely considered one of the worst uniforms in the history of Major League Baseball, the Chicago White Sox uniform redesign of 1976 included short shorts, giving the players the appearance of grown men in schoolboy clothing. The large, floppy collars were also universally loathed and the uniform was said to resemble pajamas.

The redesign (one of many) happened under the reign of Bill Veeck, a White Sox franchise owner known for his many innovations aimed at keeping the fans engaged and entertained. Among his most notable are the ivy planted at Wrigley Field, and the homerun fireworks and “exploding scoreboard” at Comiskey Park.