Rx: Doctors of Tomorrow | About

Rx: Doctors of Tomorrow | About

Executive Producers
David Grubin is a director, writer, producer, and cinematographer who has produced over 100 films, ranging from history to art and poetry to science. Grubin has won many awards in the field of documentary television including two Alfred I. duPont Awards, three Peabody Awards, five Writers Guild Awards, and ten Emmys. His biographies for the PBS series American Experience – Abraham and Mary Lincoln: A House Divided, LBJ, Truman, and TR: The Story of Theodore Roosevelt and FDR – have set the standard for television biography. His five-part series for PBS, Healing and the Mind with Bill Moyers, won numerous awards, and the companion book, for which he was executive editor, rose to number one on the New York Times bestseller list, remaining on the list for 32 weeks. His other films include The Buddha, The Trials of Robert Oppenheimer, The Jewish Americans, The Secret Life of the Brain, Degenerate Art, Napoleon, The Mysterious Human Heart and, most recently, a documentary about languages in danger of extinction, Language Matters with Bob Holman.

Jennifer H. Mieres, MD is one of the leading experts and patient advocates in the fields of cardiovascular disease in women. In her role as leader of the North Shore-LIJ health system’s Office of Community and Public Health, Dr. Mieres has oversight of the Katz Institute for Women’s Health and all of North Shore-LIJ’s health, wellness, community health education, and healthcare access programs. She is also the health system’s Chief Diversity and Inclusion Officer and is a member of the health system’s leadership team. Dr. Mieres is routinely called upon by the media to comment on heart health, appearing on such programs as 20/20, the Today Show, Good Morning America, CBS Early Show, NBC Nightly News, and others. As a producer of the PBS documentary A Woman’s Heart (2003), she was nominated for Best Documentary in the Health Science category at the 46th Annual New York Emmy Awards. Dr. Mieres was featured on the cover of the May 2008 issue of Black Enterprise magazine as one of America’s leading doctors and in 2009 and 2010, was listed as one of the best doctors in New York magazine and, in January 2011, was featured in Essence magazine as an expert on women’s health. Dr. Mieres’ co-authored her first book Heart Smart for Black Women and Latinas: A Five Week Program for Living a Heart- Healthy Lifestyle, which was published by St. Martin’s Press in 2008.

Rx: Doctors of Tomorrow was produced by David Grubin Productions in association with WTTW Chicago: 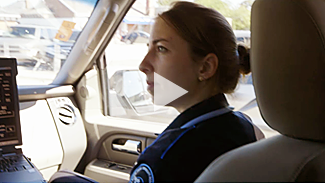 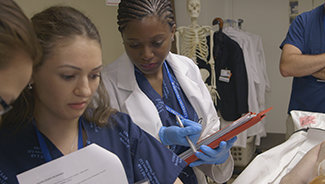