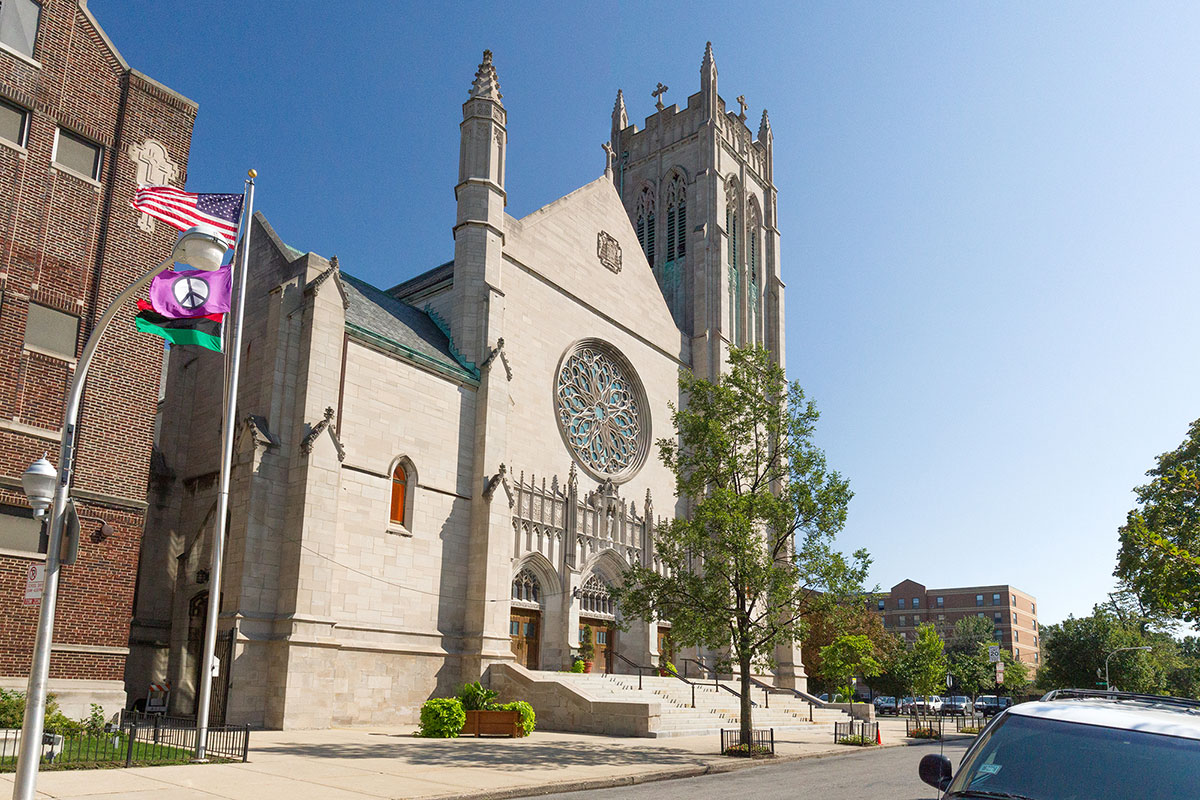 St. Sabina is historically significant as one of five Catholic parishes that, in the first half of the 20th century, served Auburn Gresham’s mostly Irish and German residents. After the 1960s, in the wake of white flight and redlining, the other four churches closed as their congregations shrank. But St. Sabina survived and grew into a new and innovative role in response to changing community needs.

Anchoring the Auburn Gresham community today, the Faith Community of St. Sabina stands as a beacon of activism and advocacy in a neighborhood challenged by poverty and gang violence. St. Sabina serves not only as a church and school, but as a community and social services center, as an organizer of anti-drug and anti-violence marches and actions, and even as a housing developer.

Joining St. Sabina in fighting back and advocating for the neighborhood is the Greater Auburn Gresham Development Corporation, which promotes economic development and holds community events such as the annual Renaissance Festival. 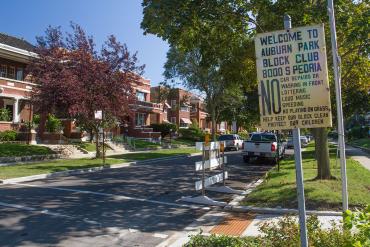 The 8000 block of South Peoria in Auburn Gresham. 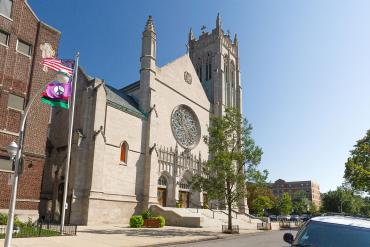 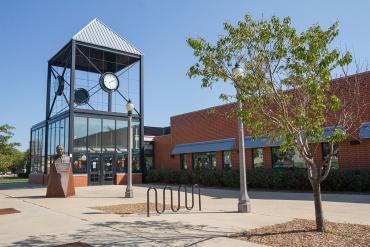 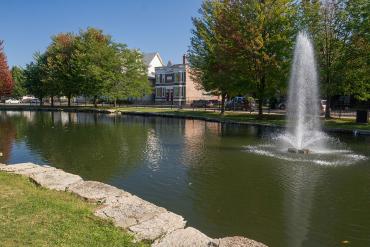 Auburn Park, at 406 West Winneconna Parkway, offers a green oasis in the neighborhood. Its meandering lagoon violates the street grid in a delightful and unexpected pattern. 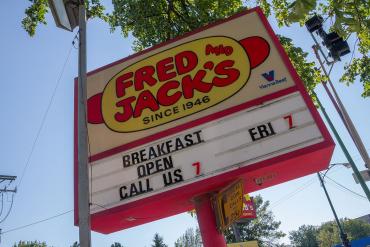 Fred and Jack’s, at 76th Street and Yale Avenue, is an Auburn Gresham institution.