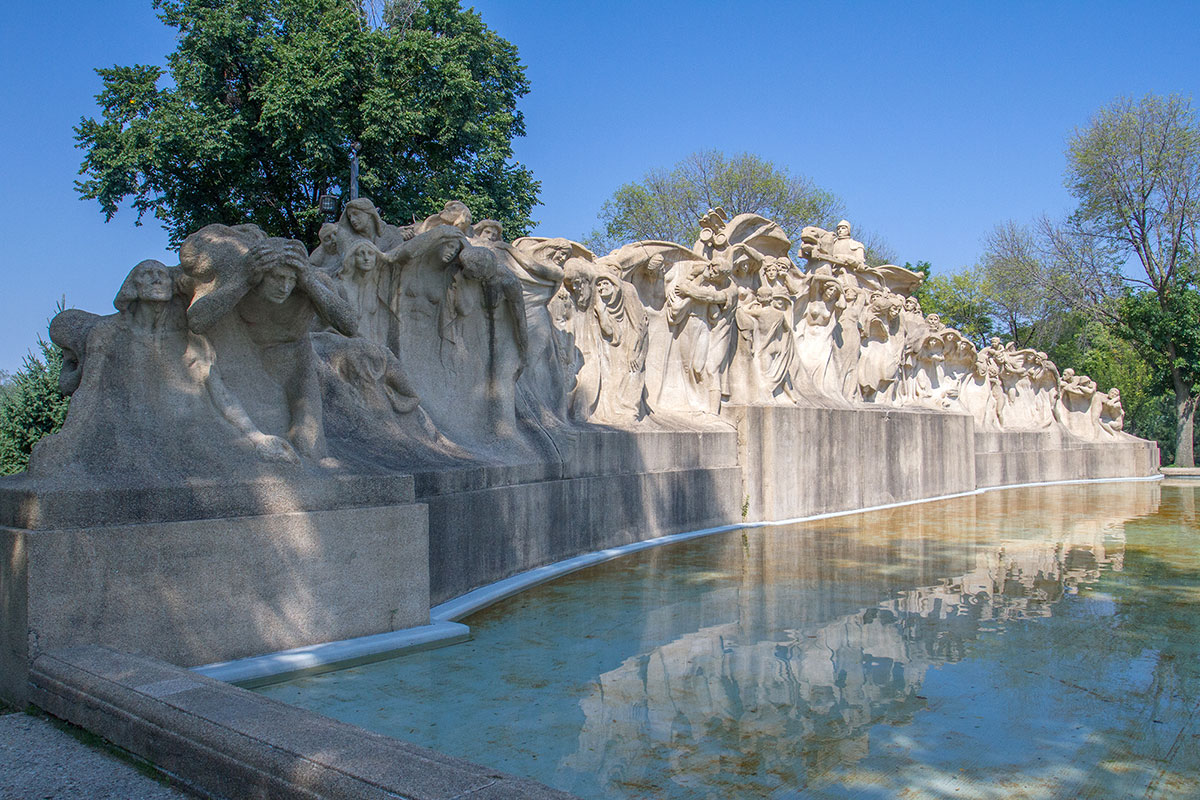 Washington Park is a large South Side park, named for the first president of the United States and designed by famed landscape architects Frederick Law Olmsted and Calvert Vaux. The park is the western section of a much larger trio of parks (originally called, collectively, “South Park”) that includes Jackson Park along Lake Michigan and, linking the two larger parks, the Midway Plaisance.

Washington Park is also the name of the residential neighborhood surrounding the park. Washington Park is home to the DuSable Museum of African American History, which presents African American history, culture, and art, and houses more than 15,000 paintings, sculptures, prints, and historical memorabilia. The museum, at 740 East 56th Place, is named for Jean Baptiste Point DuSable, a fur trader of French and African descent who was Chicago’s first non-native settler. DuSable built a homestead at the mouth of the Chicago River around 1779.

It’s here in Washington Park (the park and the neighborhood) that the Bud Billiken Parade, an annual tradition going back to 1929, ends each year with a big picnic. Billed as the second largest parade in the U.S., the Bud Billiken parade celebrates the African-American community and showcases area youth. 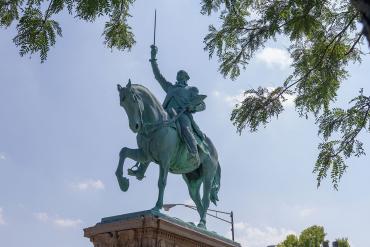 Washington Park – the neighborhood and the park – are both named for the first American president, George Washington. In this statue at 51st Street and Dr. Martin Luther King Jr. Drive, Washington is immortalized as a Revolutionary War general. The sculptor, Daniel Chester French, is better known for his seated Abraham Lincoln at the Lincoln Memorial in Washington D.C. 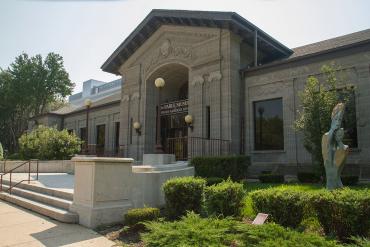 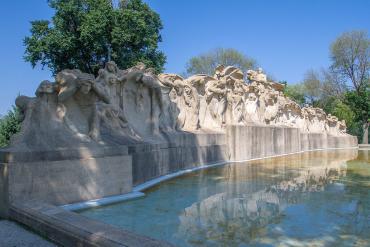 Sculptor Loredo Taft’s 1922 Fountain of Time, at 59th Street and Cottage Grove Avenue, features a 26-foot-tall figure of Father Time, gazing across a reflecting pool at 100 human figures that represent the phases of life. 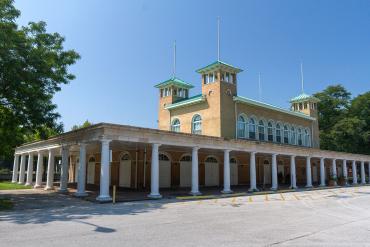 The Washington Park Field House, 5531 South Russell Drive, sits adjacent to the park’s aquatic center. It was designed by Daniel L. Burnham and built in 1891. 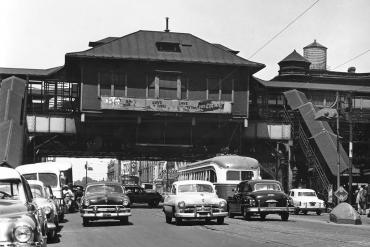 Chicago’s oldest L station, at Garfield Boulevard and South Prairie Avenue, as it appeared in 1952. The Garfield station, built in 1892, served as an extension of the city’s first L line, transporting visitors to the 1893 World’s Fair in Jackson Park. Photo credit: Chicago History Museum/J. Sherwin Murphy 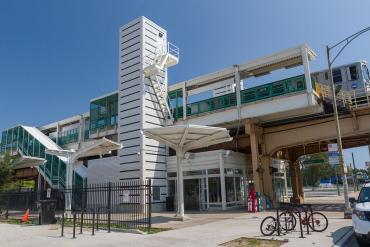 The Garfield L station as it appears in 2015. 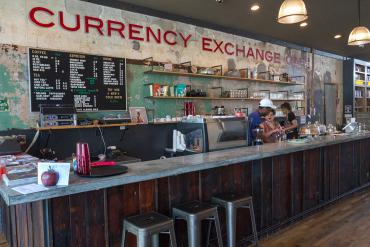 The Currency Exchange Café at 305 East Garfield Boulevard is a Washington Park coffee house and restaurant in a storefront that formerly housed a currency exchange. The café and adjoining gallery and artist space are part of artist Theaster Gates’s multifaceted effort to revitalize and build community on the South Side. 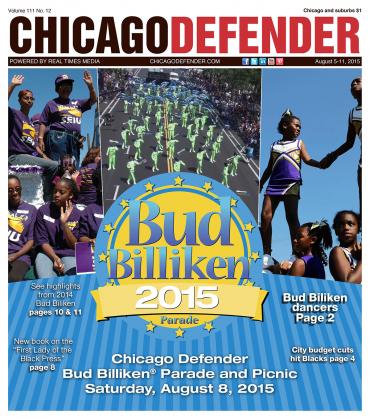 Every year since 1929, the Bud Billiken Parade ends with a big picnic in Washington Park. The parade, which celebrates local youth, is promoted by the Chicago Defender. Photo credit: Chicago Defender