Monticello reflects Thomas Jefferson's curiosity, his desire for comfort, and his sense of order, serenity, and formality-ideas he explored throughout his 5,000-acre estate. Photo credit: Jonathan Hillyer

Thomas Jefferson (1743-1826) was the third U.S. president, the author of the Declaration of Independence, and a talented architect and landscape designer. Photo credit: Library of Congress

In 1570, Palladio published I quattro libri dell'architettura ("The four books of architecture"), which summarized his studies of classical architecture. Photo credit: Public Domain

Jefferson divided the land of Monticello into four "quarter farms" on which he raised tobacco, wheat, livestock, and bees for honey. Photo credit: Thomas Jefferson Foundation at Monticello

The two-story "Indian Hall" in the entry foyer displays items from the New World, including artifacts shipped by Meriwether Lewis and William Clark from their Corps of Discovery Expedition to the West, commissioned by Jefferson. Photo credit: Jonathan Hillyer

The octagonal "dome room" on the third floor was inspired by a Palladian sketch of a Roman temple. The dome was added in 1796, replacing the original top floor. Photo credit: Jonathan Hillyer

Thomas Jefferson is well known as the third U.S. president and as the author of the Declaration of Independence. He was also a talented architect and landscape designer, dedicated to experimentation and innovation. 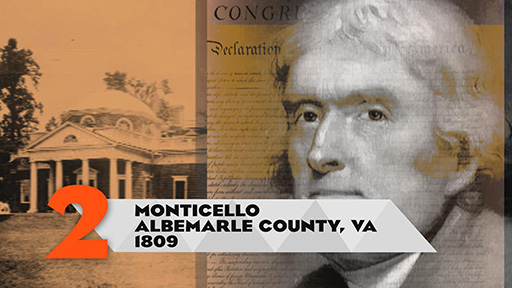 Monticello, spread over 5,000 acres approximately two hours south of Washington, DC, served as Jefferson's home, his laboratory, and his ever-evolving "essay in architecture." The estate reflects Jefferson's curiosity and his sense of order, serenity, and formality - ideas he explored in three dimensions throughout the estate.

As an architect, Jefferson departed from the Georgian style of the day. Inspired by his travels in Europe, his influences included classical architecture, and especially that of the sixteenth-century Italian neoclassicist Andrea Palladio, whose Italian villas and palaces were influenced by ancient Roman and Greek temples. 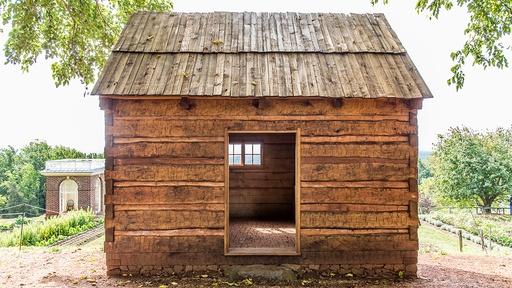 In Monticello, Jefferson designed a Palladian-style villa of classical proportions. But his original design was just the beginning. For more than 40 years, as he traveled and his tastes evolved, he redesigned and rebuilt Monticello. As he described it: "Putting up and tearing down, one of my favorite amusements."

Perhaps the most striking example of re-invention at Monticello is the octagonal dome that replaced the original boxy portico. Jefferson wrote a friend in 1796:

"I am now engaged in taking down the upper story of my house …[W]e shall this summer therefore live under the tent of heaven."

Monticello was also home to a large staff that included enslaved people who served as domestic and field workers and as laborers. Jefferson himself held conflicted and complex views on slavery, both owning slaves and working toward abolition. Monticello's Mulberry Row, down the hill from Jefferson's home, served as the industrial hub of the estate, with more than 20 buildings dedicated to functions as varied as nail making and laundry.

Monticello is the only home of a U.S. president that has been designated a UNESCO World Heritage Site. 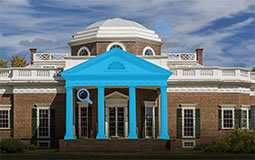 Monticello was Thomas Jefferson’s personal home as well as his laboratory for experimenting with ideas about architecture, agriculture, and home life.