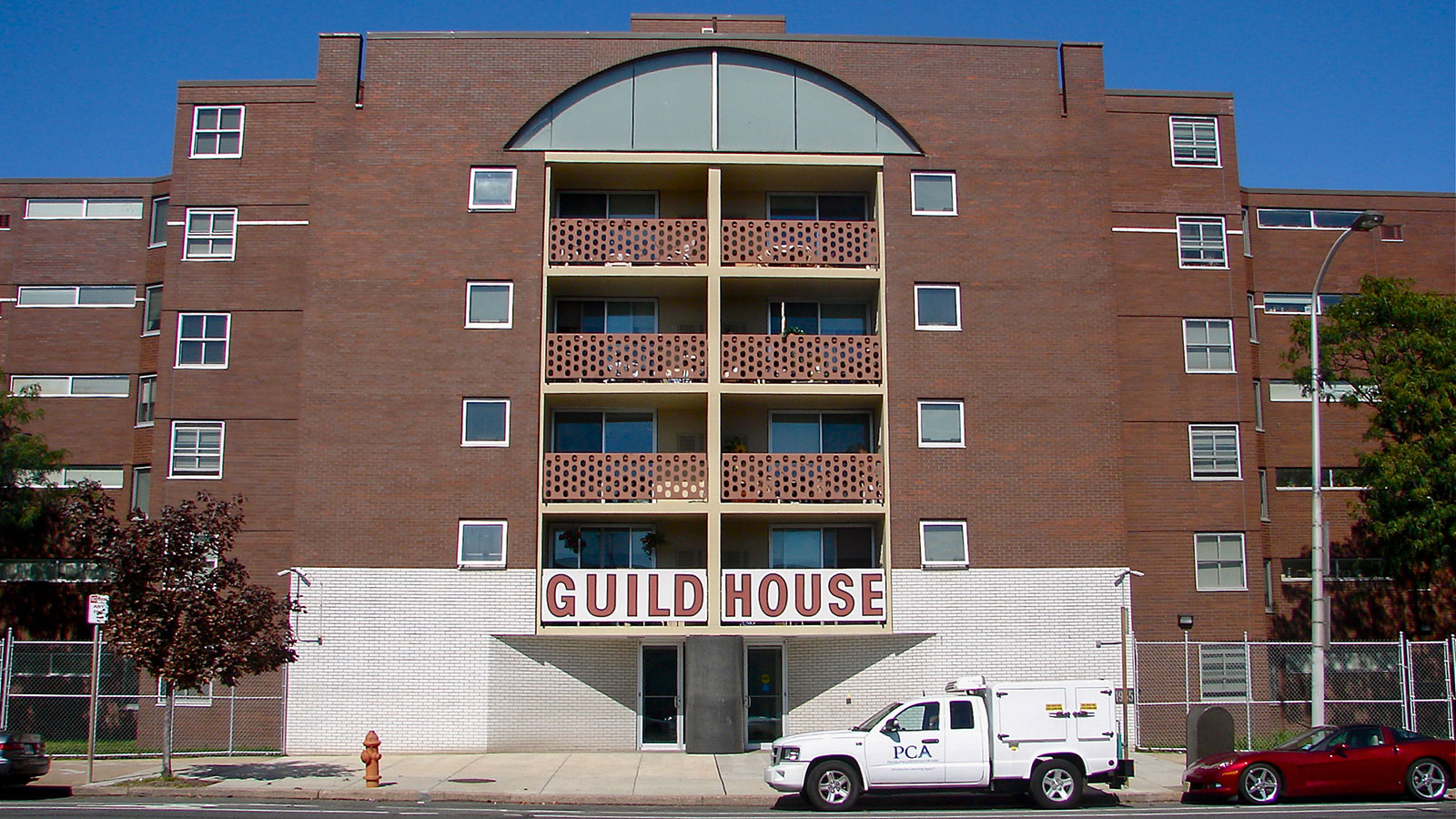 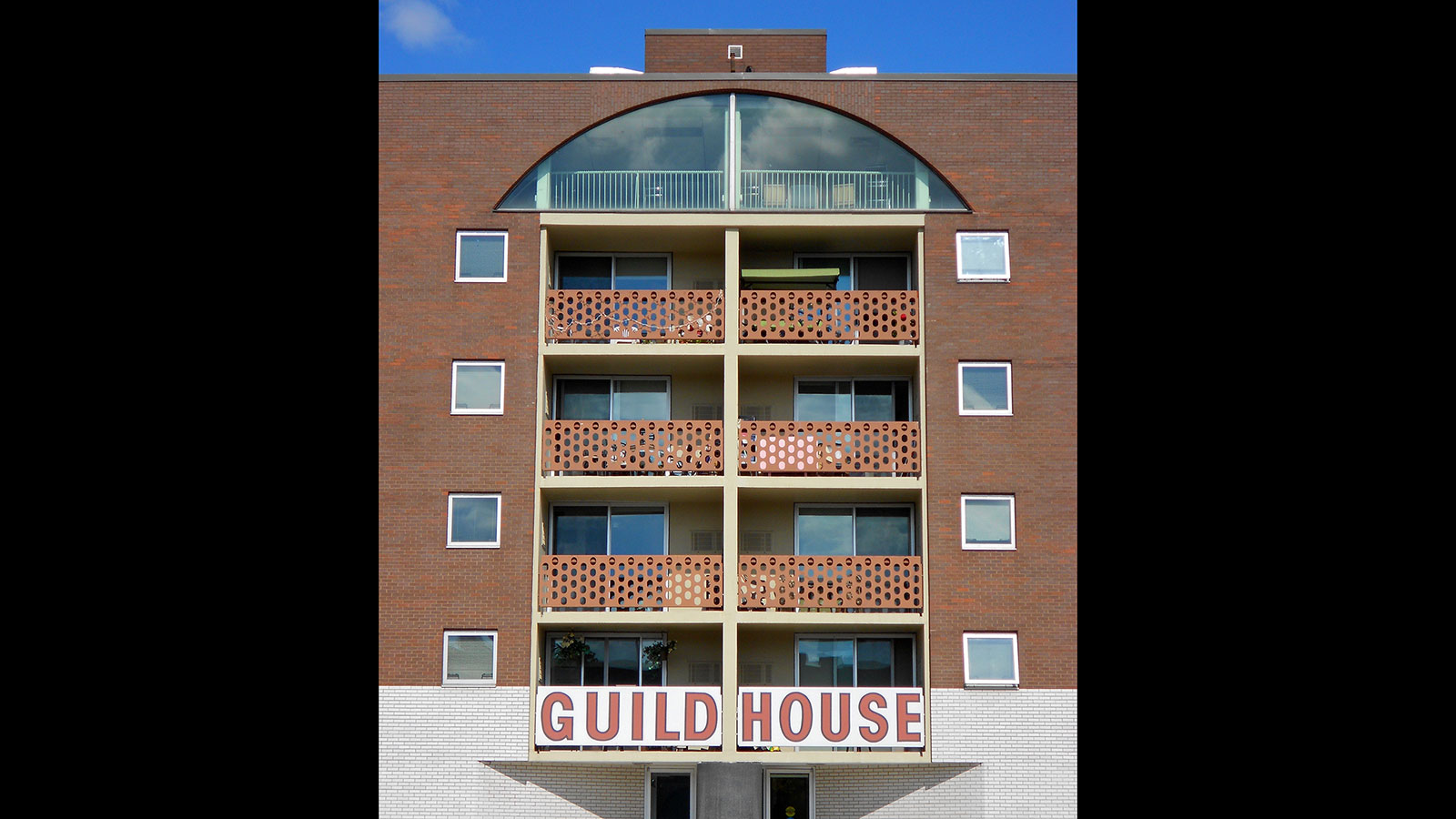 The center of the façade mixes tradition with innovation. A broad black granite column marks the entrance and supports virtually nothing. Inset balconies rise up into an arched window that provides an element of ornament. White brick defines the building's base. Photo credit: Smallbones via Wikimedia Commons 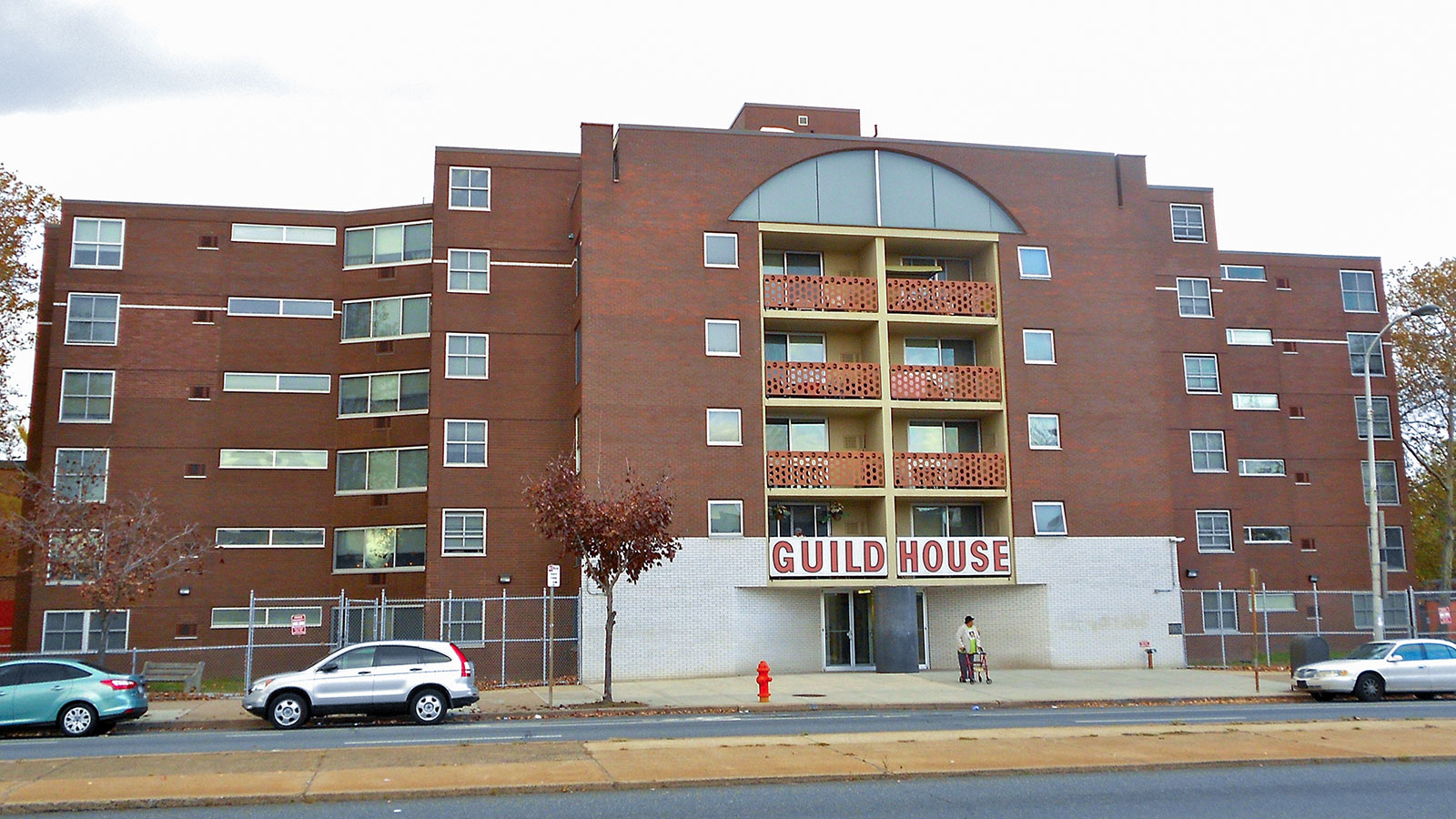 The façade is stepped back so that almost all of the individual units have street views facing east, south, or west. Photo credit: Smallbones via Wikimedia Commons

Next Home: The Frank Gehry House >

Within these constraints, Venturi managed to design a building that became one of the most influential of the twentieth century. As in the house he built for his mother around the same time, he used shapes and ornament that referenced architectural traditions, while acknowledging that the building was "ugly and ordinary."

The white brick base and a white brick course at the fifth story reference a traditional division of base, shaft, and capital. The wide arched window at the top story crowns the stacked inset balconies and recessed entrance, creating a column form in negative space. Brown brick referenced the neighboring buildings (many of which have since been demolished). Double-hung windows, uncommon by the 1960s, also called to mind the neighborhood's older architecture.

Venturi's use of applied ornament on the Guild House contradicted the prevailing dogma of Modernism. Years later, he looked back on the design in an interview: "I literally at the time thought, 'Am I a pervert, am I just absolutely immoral to apply ornament on a building?' You did not do that in those days."

More than four decades after Guild House made architectural waves, the original client called the architect back to lead the building's rehabilitation. The firm of Venturi, Scott Brown and Associates completed upgrades to systems and accessibility, and restored original design elements that had been altered.

One important element of the original building has been absent for almost half a century. Originally, the center of the façade was crowned with a sculpture that represented a television antenna. The golden antenna over the building's central arch emphasized and transformed one of the most commonplace of roofline elements. Unfortunately, Venturi made a remark implying that it represented the favorite pastime of the building's residents. The sculpture was removed soon after.