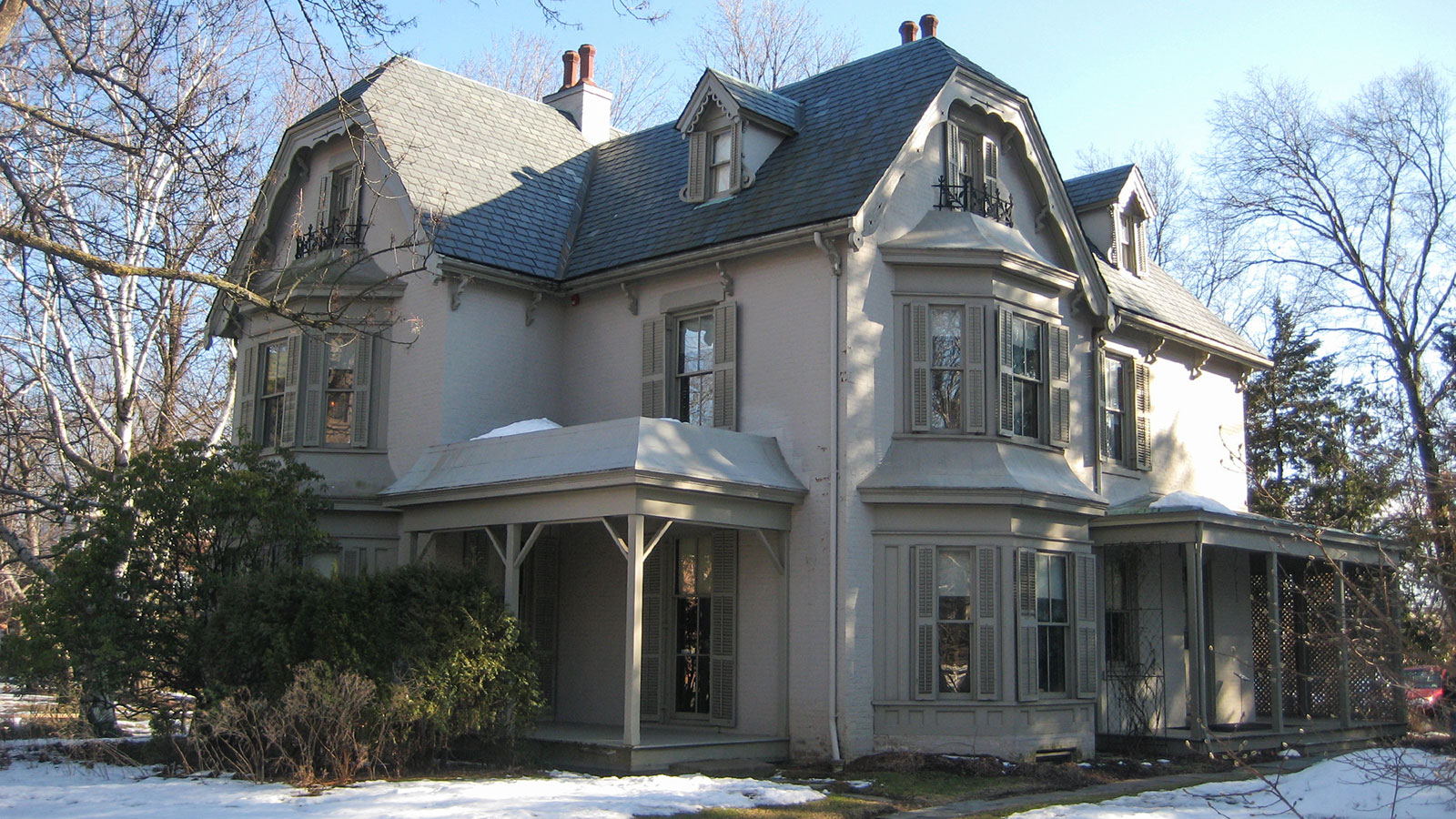 The Stowe family bought their Gothic Revival house in 1873; it was constructed in 1871. Photo Credit: Todd Van Hoosear via Flickr 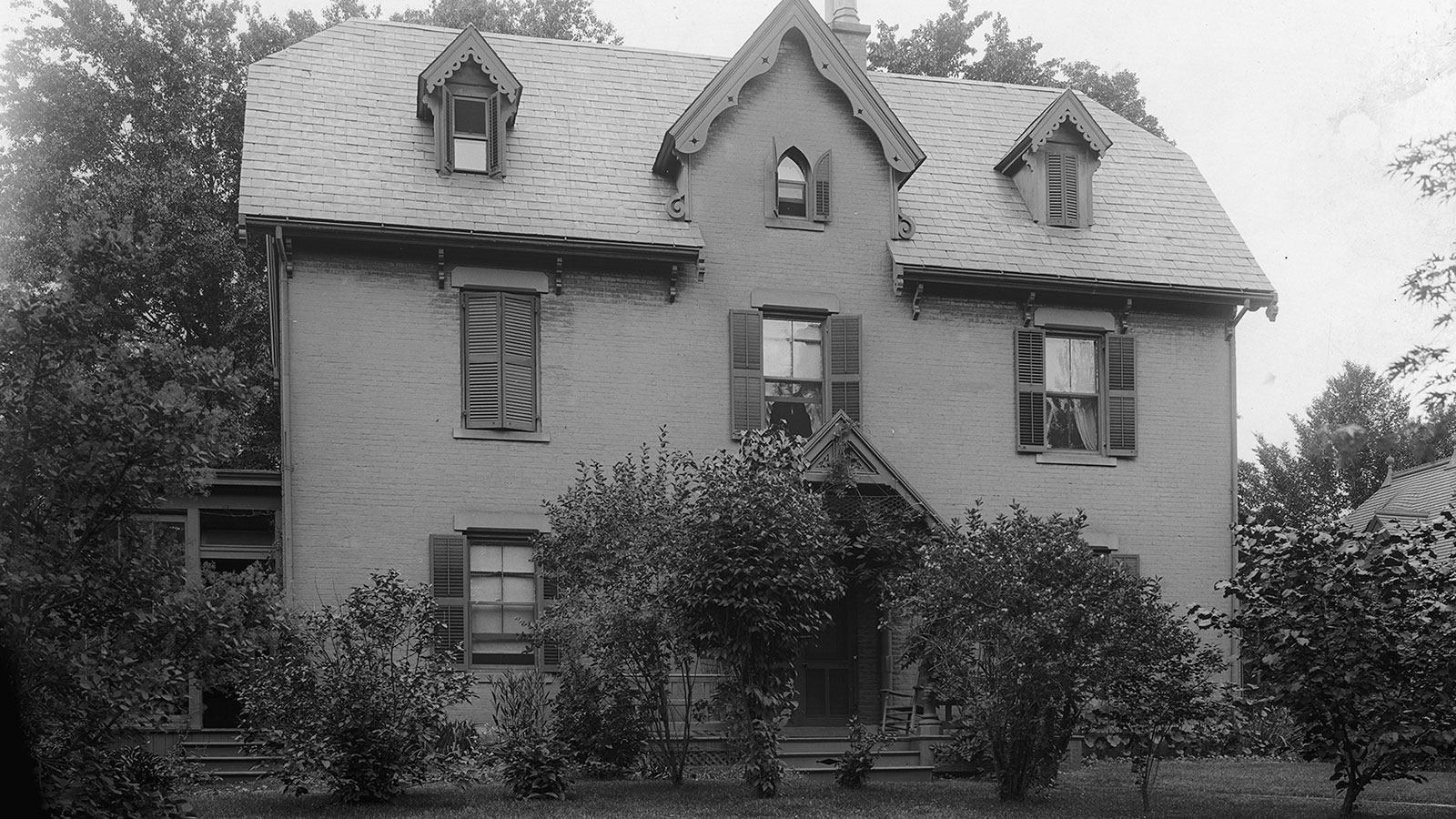 The house has changed little since this 1905 photograph. Photo Credit: Library of Congress 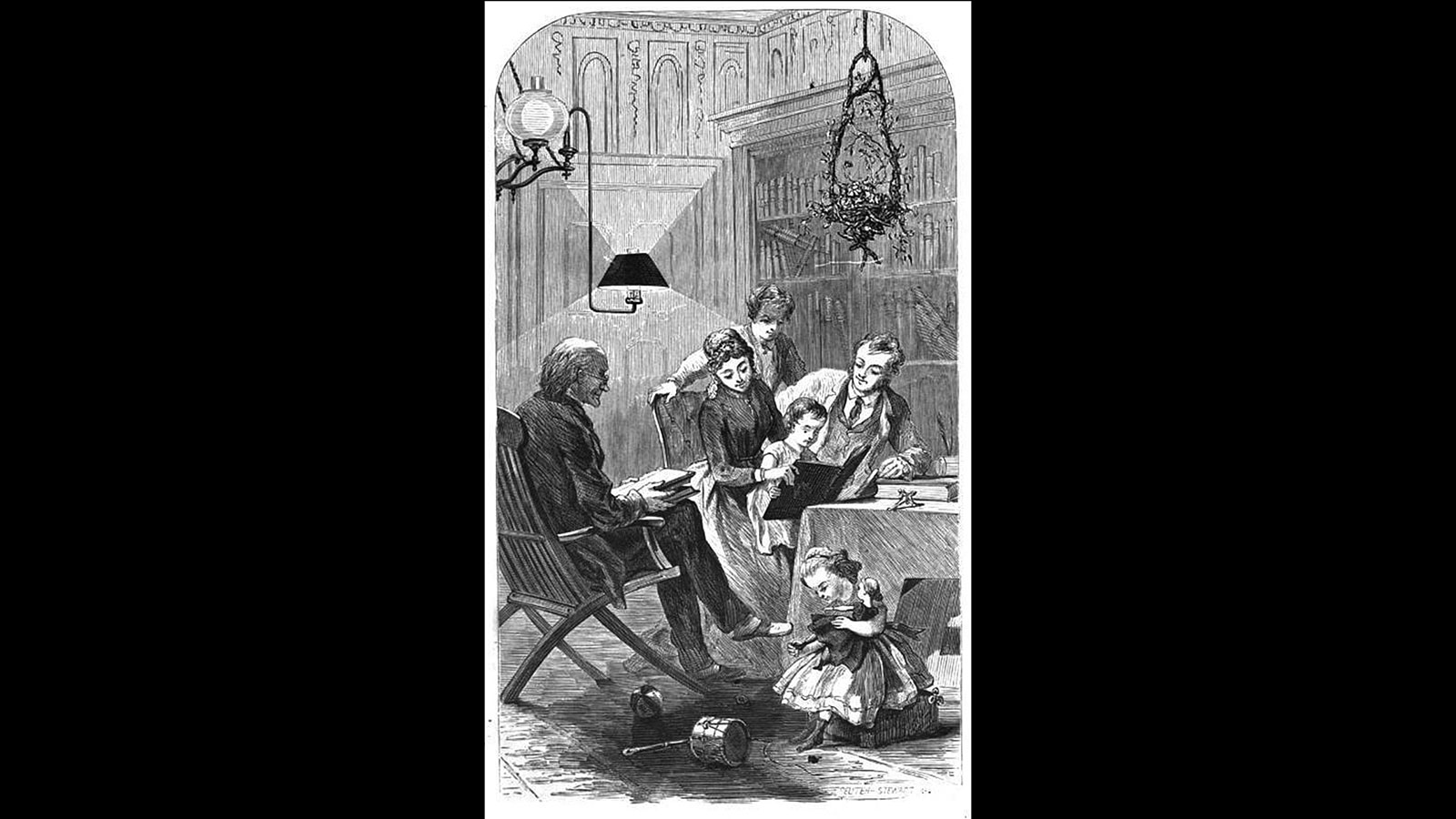 Harriet Beecher Stowe and her sister Catharine published The American Woman's Home in 1869, emphasizing the woman as the center of a harmonious domestic setting. Photo credit: Public Domain 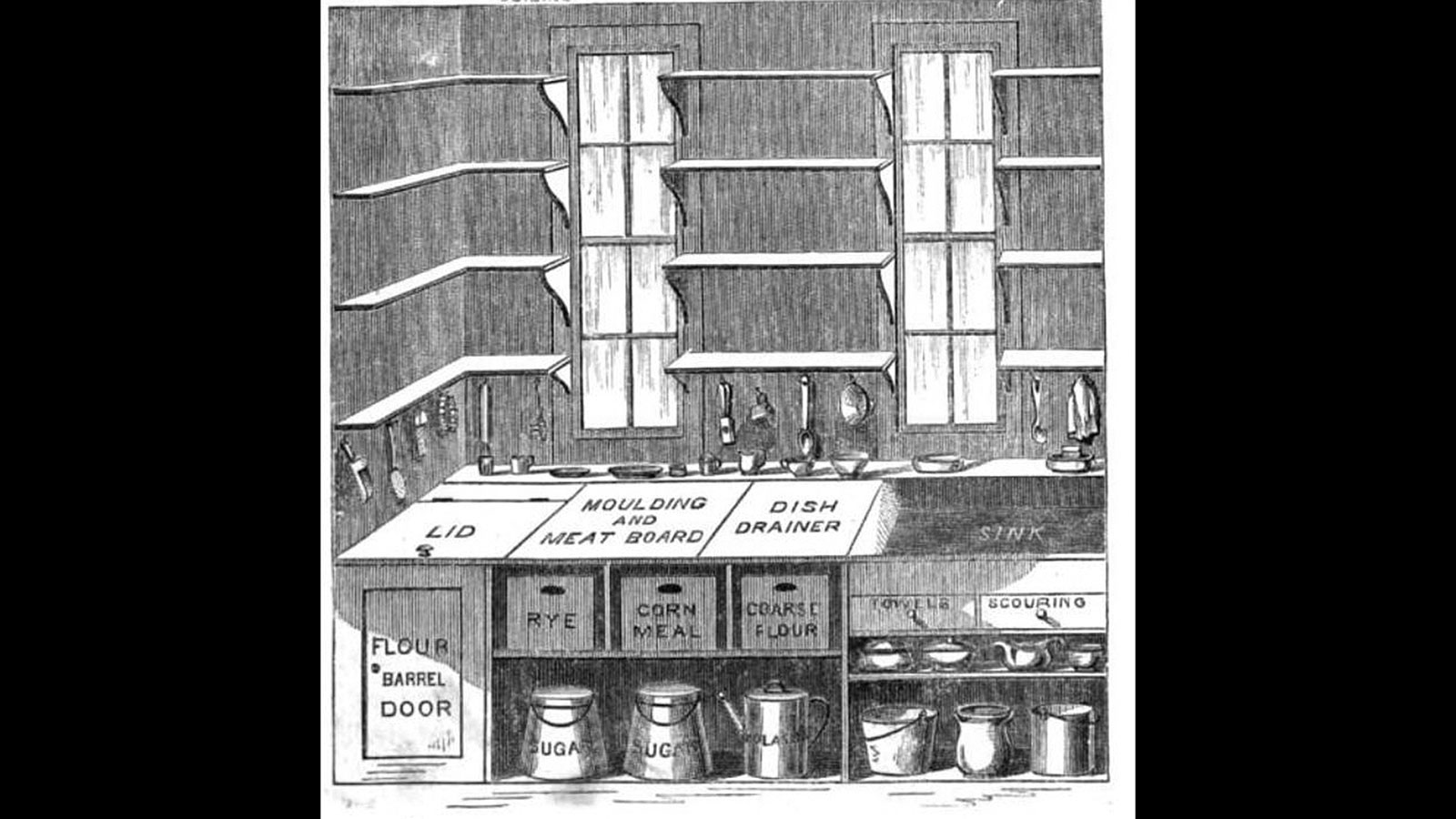 Next Home: The Isaac Bell House >

When she moved into her Hartford home in 1873, Harriet Beecher Stowe was one of the most famous women in America. Her novel Uncle Tom's Cabin, published in 1852, outsold every book in the nineteenth century except the Bible. It opened up the debate on slavery in the years prior to the Civil War.

But Harriet was only one member of a well-known family. Her father, Lyman Beecher, was a nationally known evangelist and temperance advocate. In his lifetime, he was called "the father of more brains than any man in America." Among his 13 children were educators, activists, and authors. Catharine Beecher, eleven years older than Harriet, was one of the first to become a published author.

In 1869, the two sisters published The American Woman's Home, a guide designed to elevate women's work while providing instruction on the proper administration of a Christian home. Topics ranged from home decoration to "care of the homeless," but the real breakthroughs of this and Beecher's previous works came in establishing organizational principles for a more scientific home.

The sisters endeavored to explain everything the American woman might need to know. Detailed descriptions of how things work, from fireplaces to the human respiratory system, were interspersed with advice on practical arrangement of the home.

Harriet Beecher Stowe spent the last two decades of her life at her Gothic Revival home in Hartford, Connecticut. The house has been thoroughly restored to reflect her time living there and the scientific principles that she and her sister spread to women across America.