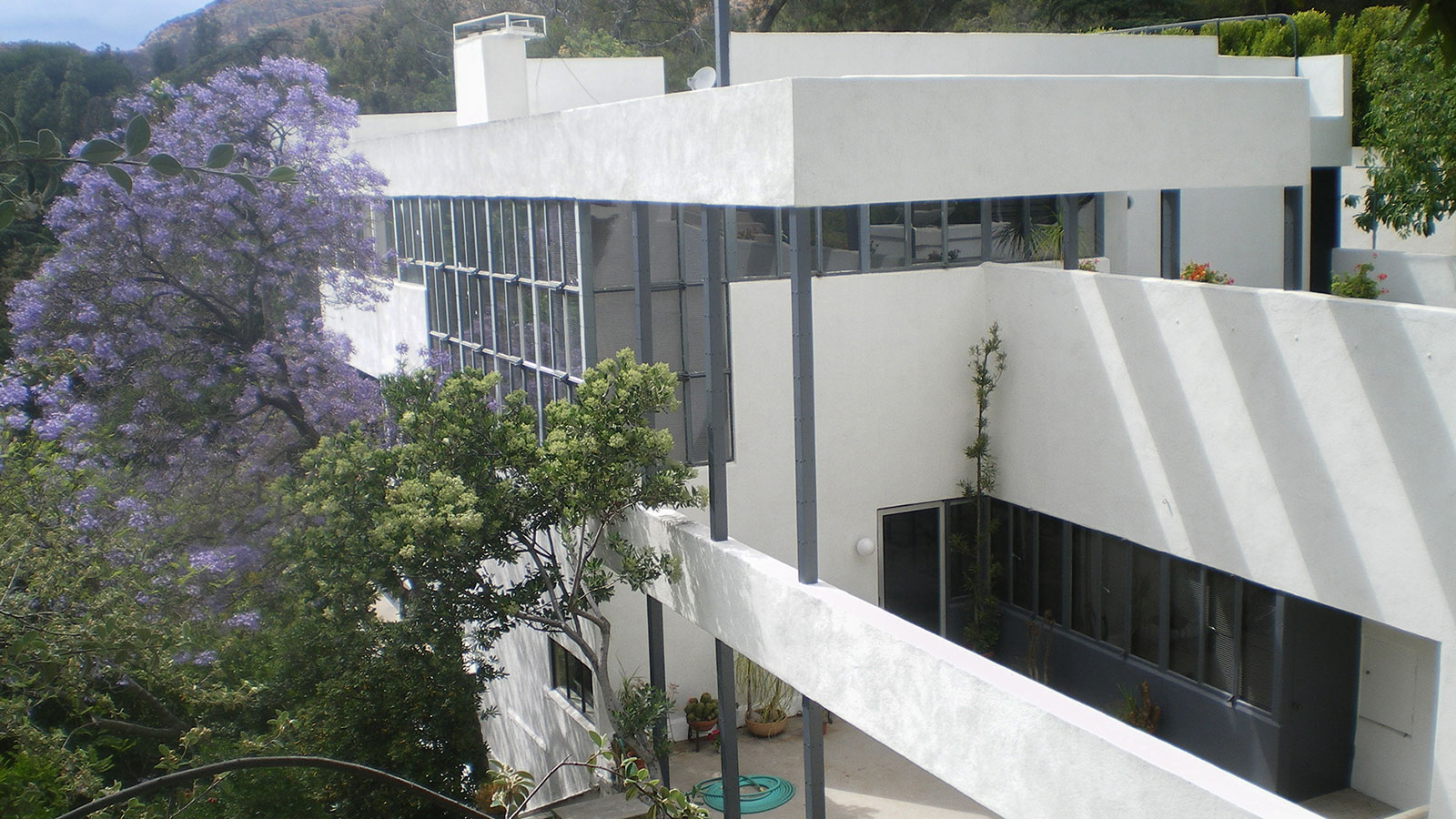 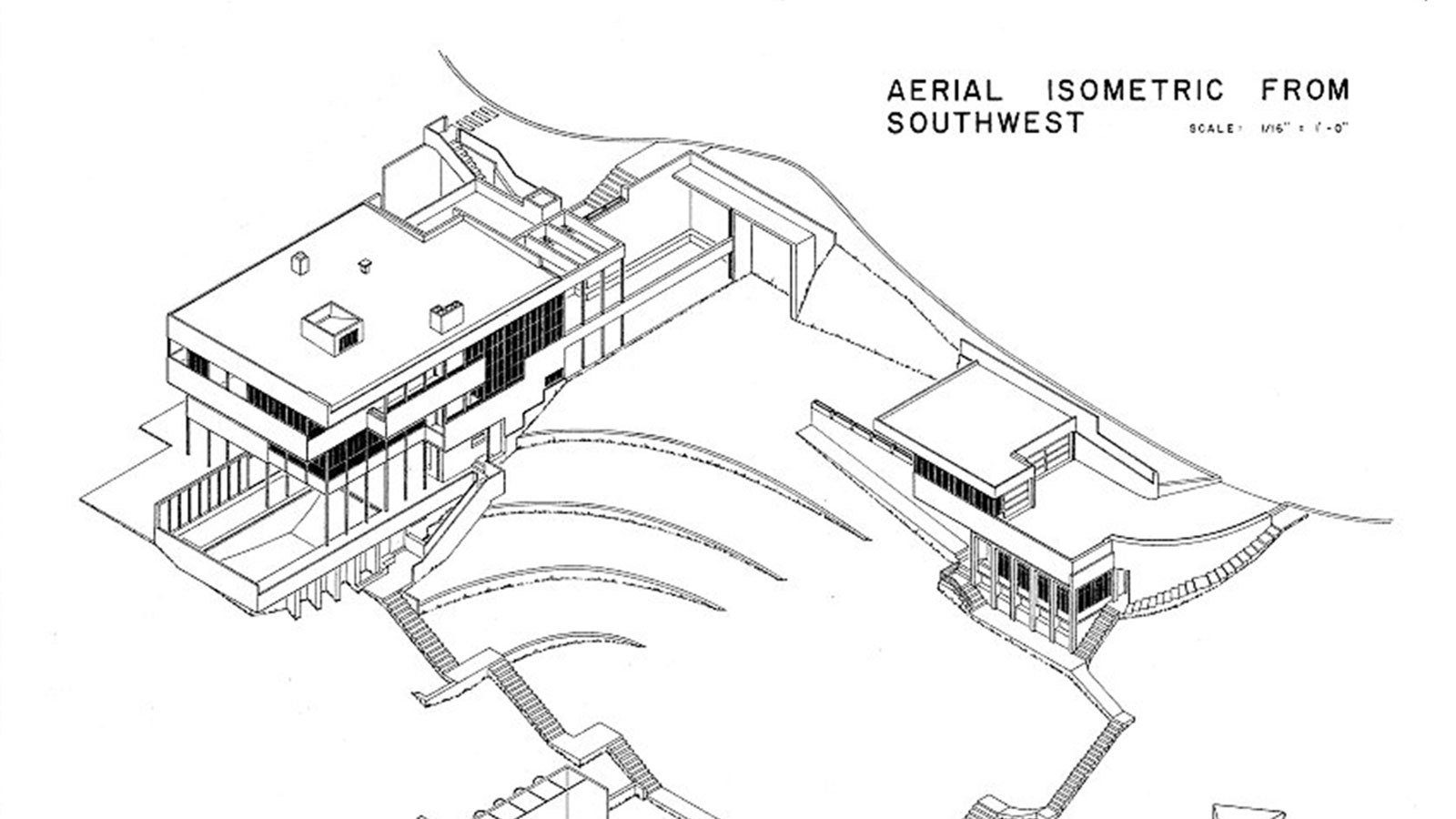 Neutra's design made the most of a steep hillside site. Photo credit: Library of Congress 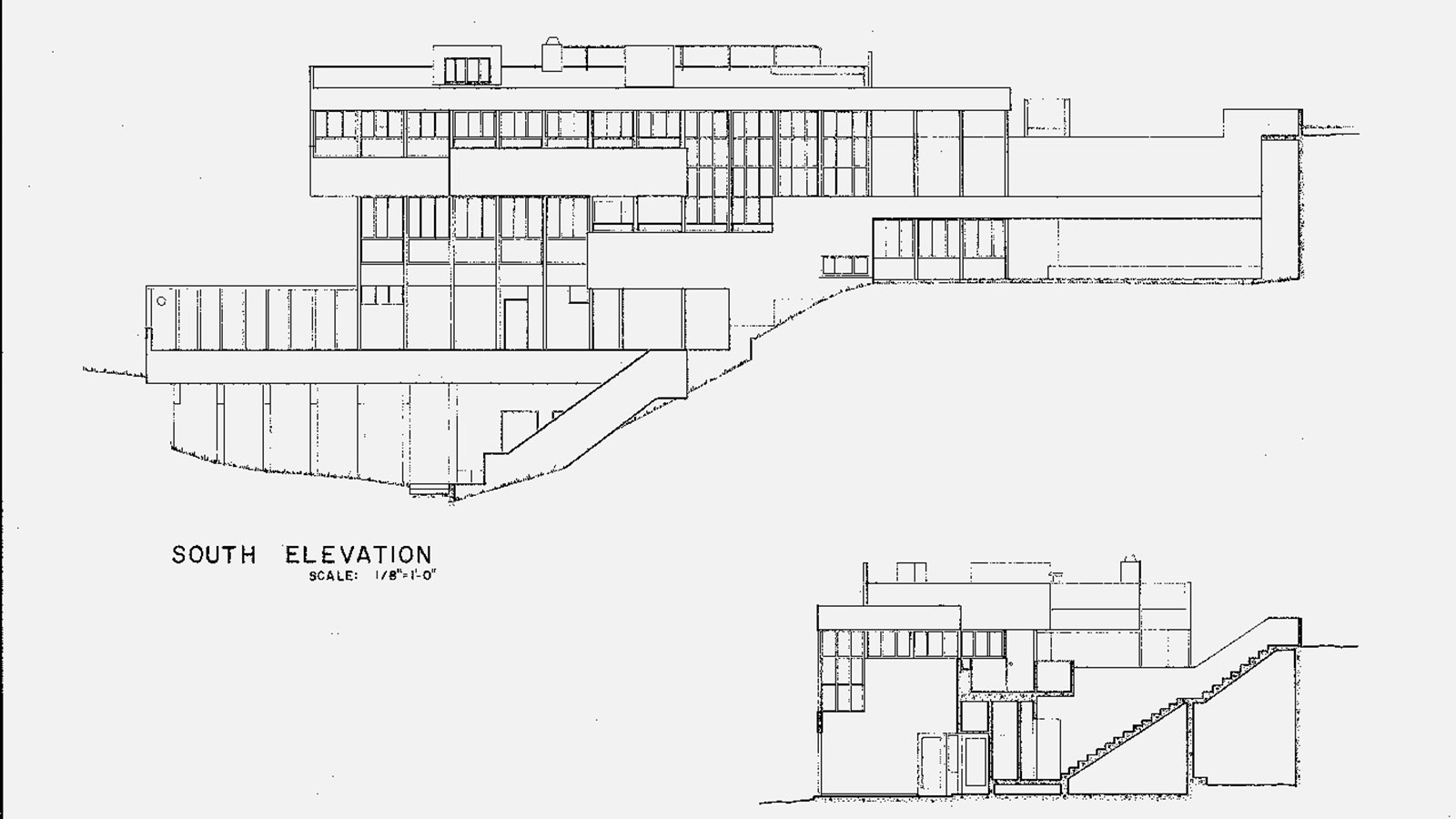 Dr. Lovell referred to the home as his "House of Health," in part due to the many windows and balconies. Photo credit: Library of Congress

In 1920s California, Dr. Philip Lovell was a prominent naturopathic doctor. His "Care of the Body" column in the Los Angeles Times was a popular favorite, and he was known for his promotion of healthy living, vegetarianism, hygiene, and fitness. His theories had a profound impact on Southern California culture.

In 1927, Dr. Lovell worked with architect Richard Neutra on a house that would embody all of his ideas for healthy modern living. Before the family moved in, he announced a three-day open house for members of the curious public. Neutra himself led tours of the new building.

The public glimpsed a house designed with plenty of light and fresh air, as well as outdoor space and up-to-date conveniences. "The bathrooms," he wrote, "are completely equipped with hydrotherapy equipment… Every bedroom has its accompanying sleeping porch so that sleeping can be done outdoors."

The kitchen was full of new inventions, including a water filter, vegetable washer, and electric dishwasher. Outdoor pursuits were built into the design: the house was constructed over a swimming pool and included playgrounds, a basketball court, and "plenty of opportunities throughout the house for nude sun baths privately taken for each [family] member."

While some of Dr. Lovell's ideas made the house seem more like a novelty than a landmark, the structural innovations of Richard Neutra resulted in one of the most significant houses in American history.

Born in Vienna in 1892, Neutra had trained and worked with some of the most important European architects of the early twentieth century. After he came to the United States, he worked with Frank Lloyd Wright for a brief period before moving to California.

The steel structure of the house (possibly the first for an American residence) allowed Neutra great flexibility. He employed unprecedented walls of metal sash windows; "a greater profusion of them than in any home I have ever seen," according to Dr. Lovell.

The house reflected contemporary developments in European Modernism in its white surfaces, cubic forms, and slender supports that lifted it away from the hillside.