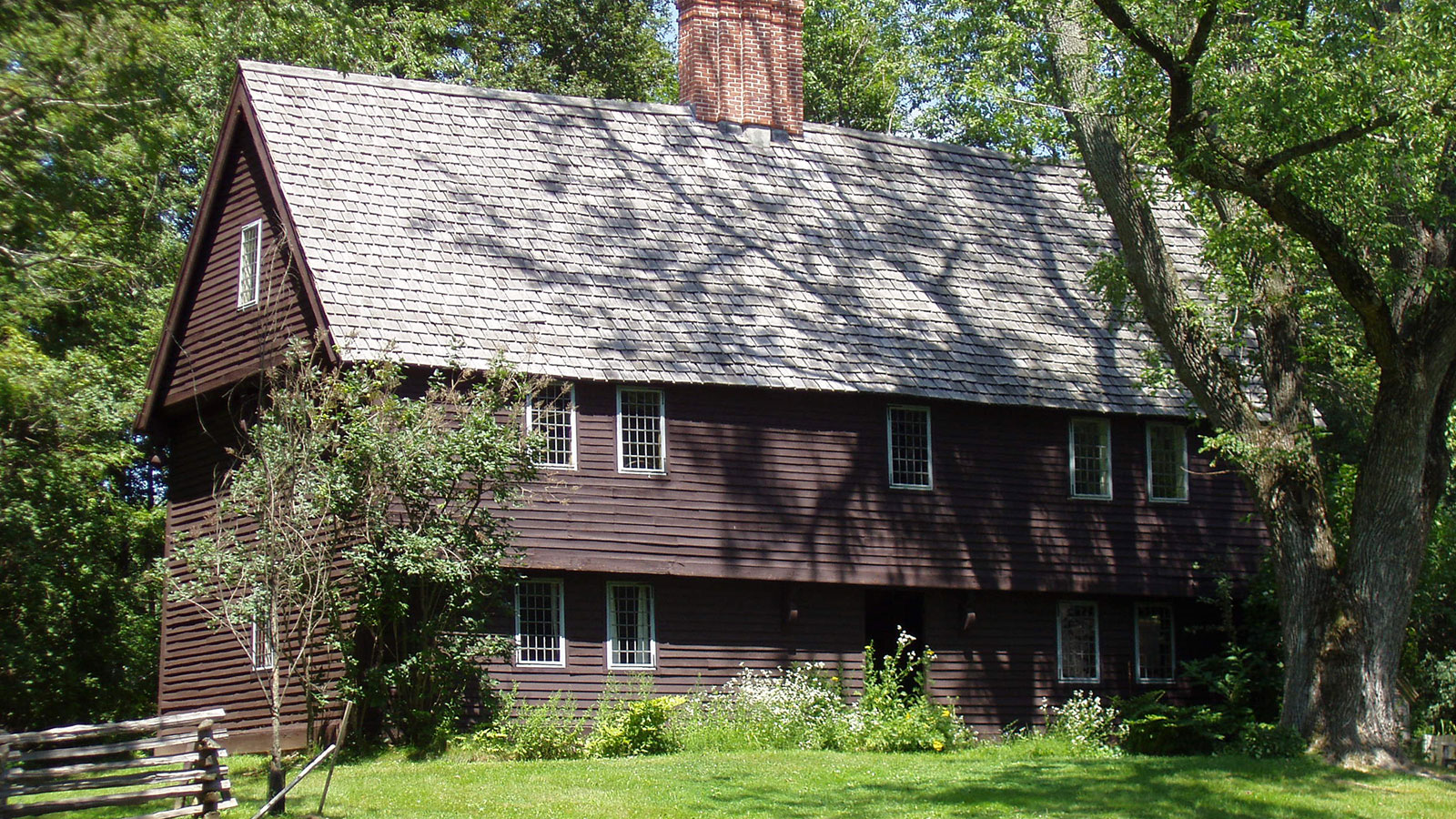 When the Parson Capen House was constructed in Topsfield in 1683, Massachusetts Bay was a colony, and Charles II was the King of England. Photo credit: Daderot via Wikimedia Commons 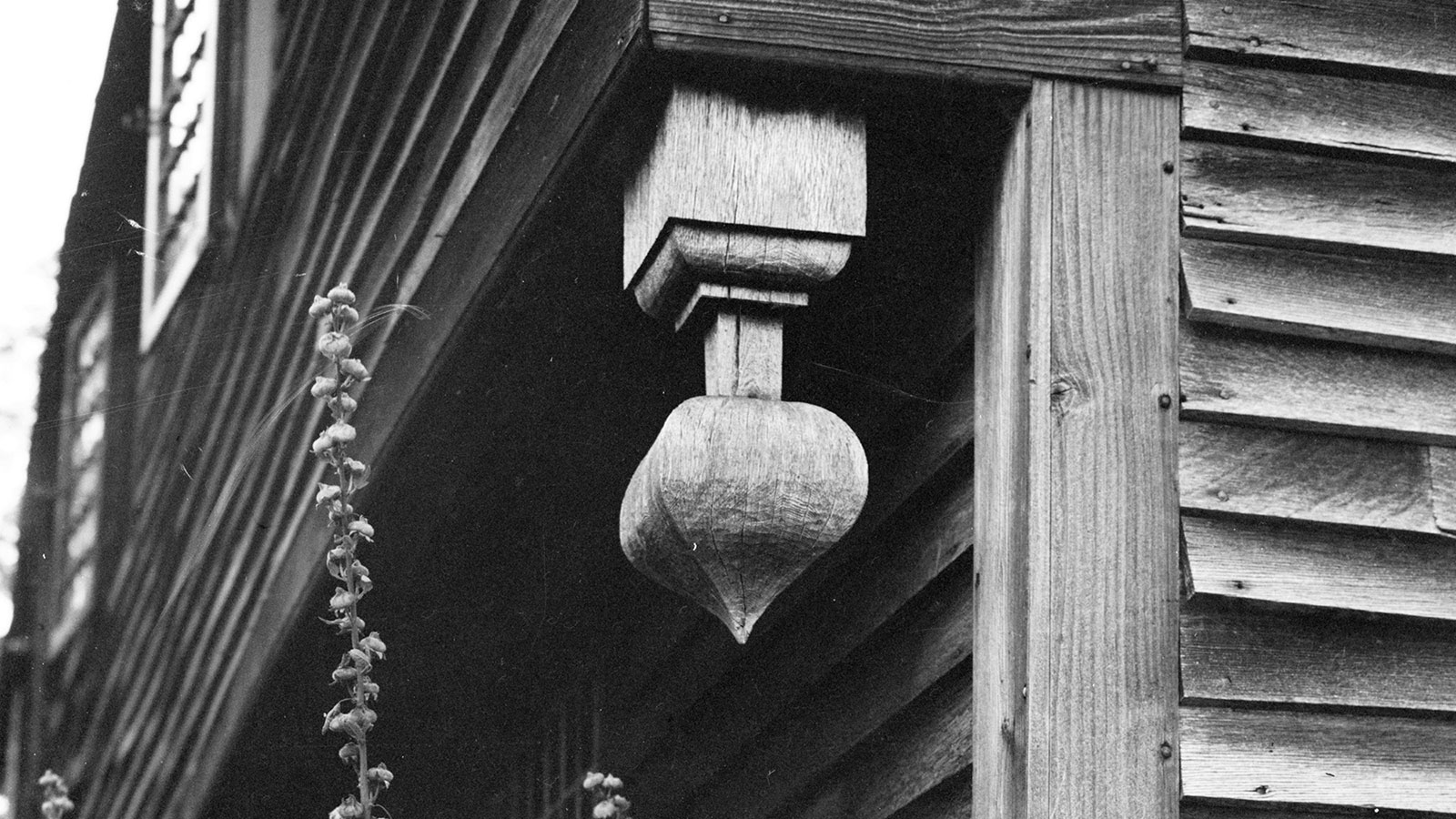 Pendants and brackets are the only decorative details on the home's exterior. Photo credit: Library of Congress 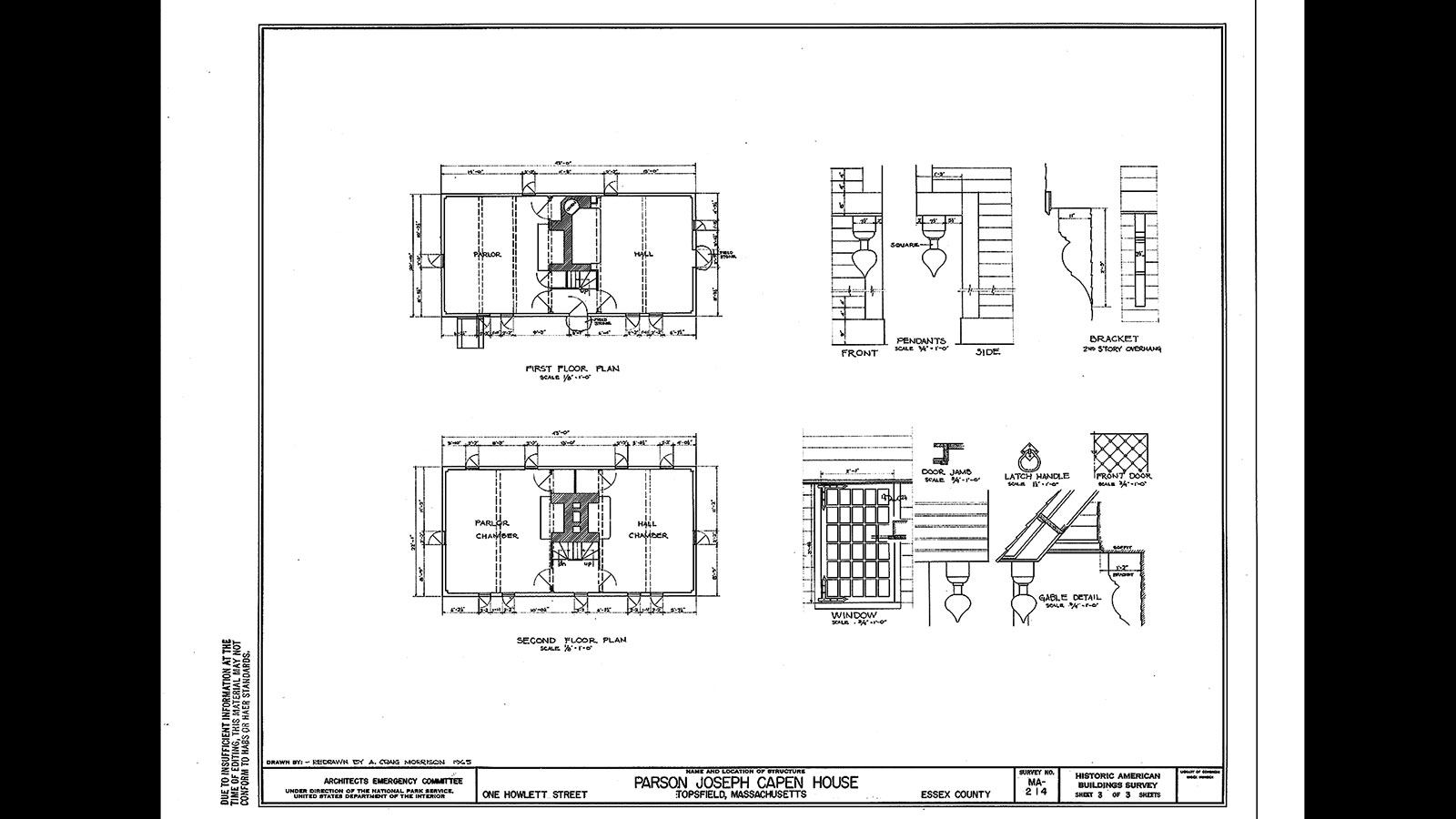 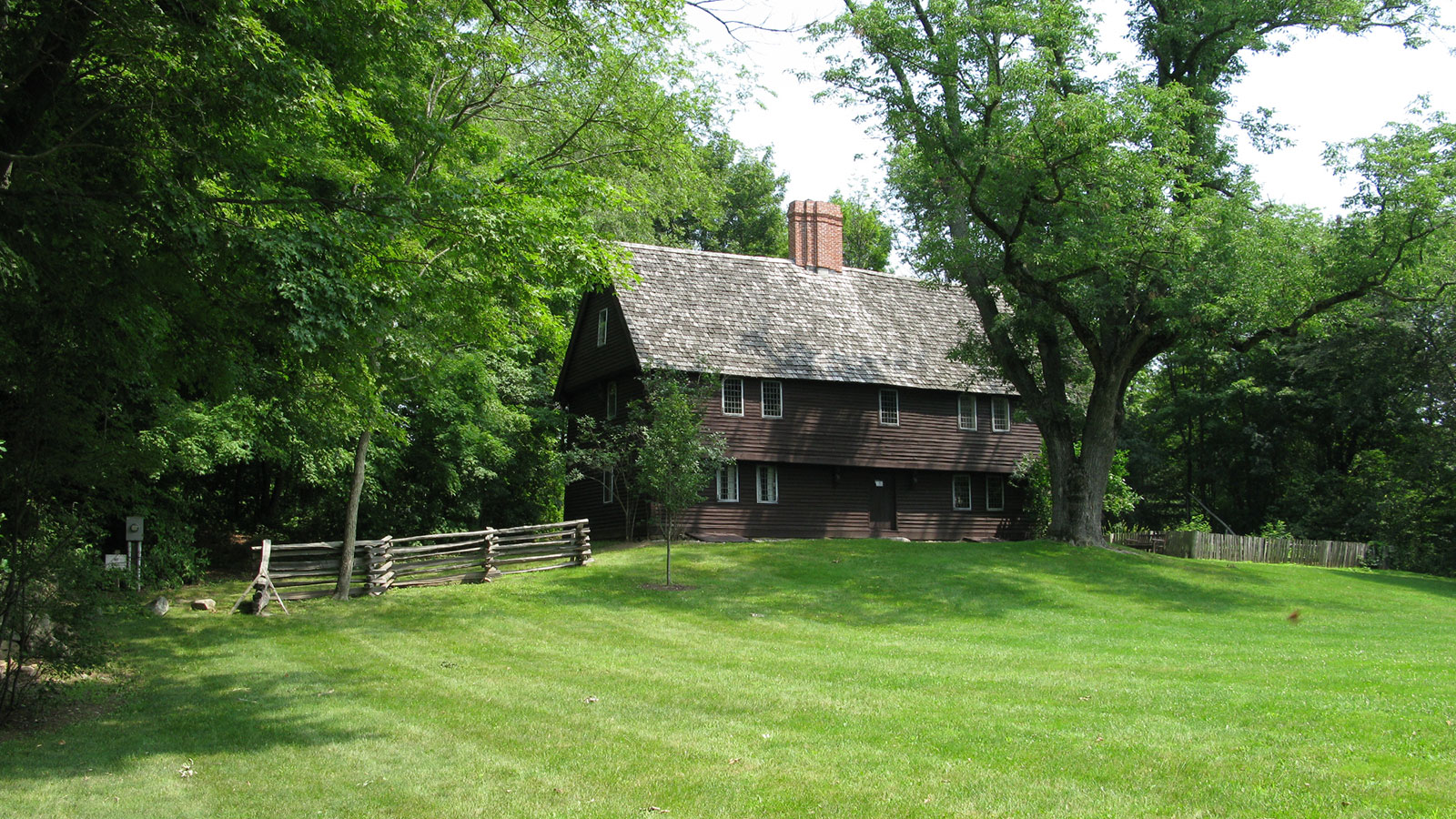 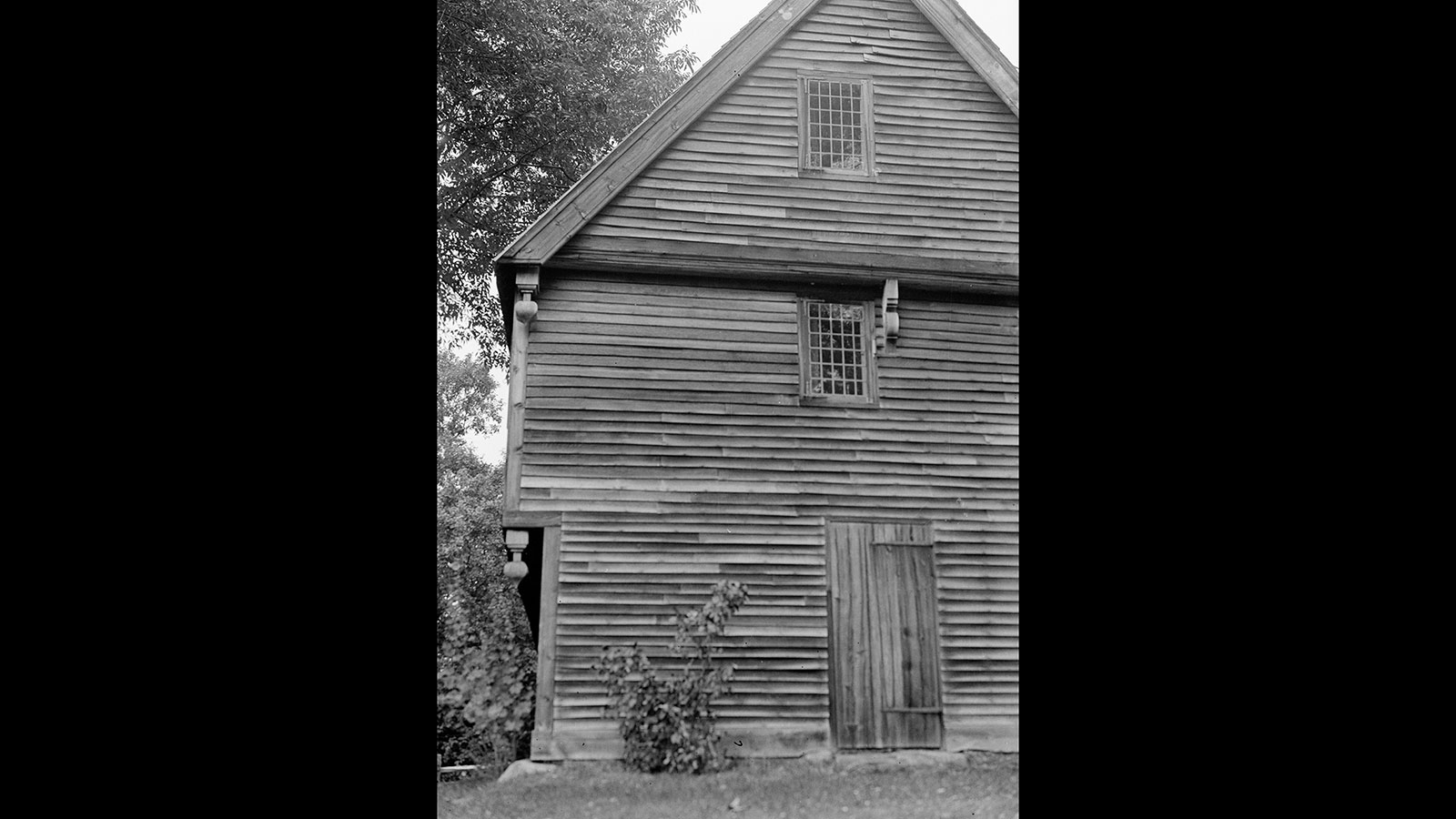 One of the best and oldest surviving examples of Elizabethan architecture in America can be found in Topsfield, Massachusetts - an early settlement of the Massachusetts Bay Colony.

British colonists established Topsfield in 1633; by the 1680s, the colony had grown to more than 40,000 inhabitants. In 1682, the village's Puritan congregation granted its parson, Joseph Capen, 12 acres of land on which to build a new home. Thanks to a craftsman who inscribed "June 8, 1683" on one of the rafters, we know the exact date of its construction.

The two-and-a-half-story structure overlooks the Topsfield village green. The home's first floor has two large rooms, divided by a central chimney and stair. On one side, an enormous hearth dominates the kitchen; on the other side is a large formal parlor for receiving guests.

Having survived in good condition for more than 325 years, the Parson Capen House is also notable for how closely it resembles its Elizabethan antecedents. Typical Elizabethan features include overhanging (or "jettied") upper floors, wood sheathing, and central chimneys.

Like many buildings in colonial Massachusetts, the house took its cues from structures in East Anglia, the region of England north and east of London. Among the many Puritans who had come to America from this region were craftsmen who brought Elizabethan design sensibilities and construction methods to the colonies.

In 1913, the house was purchased by the Topsfield Historical Society and has been open to the public for more than 100 years.