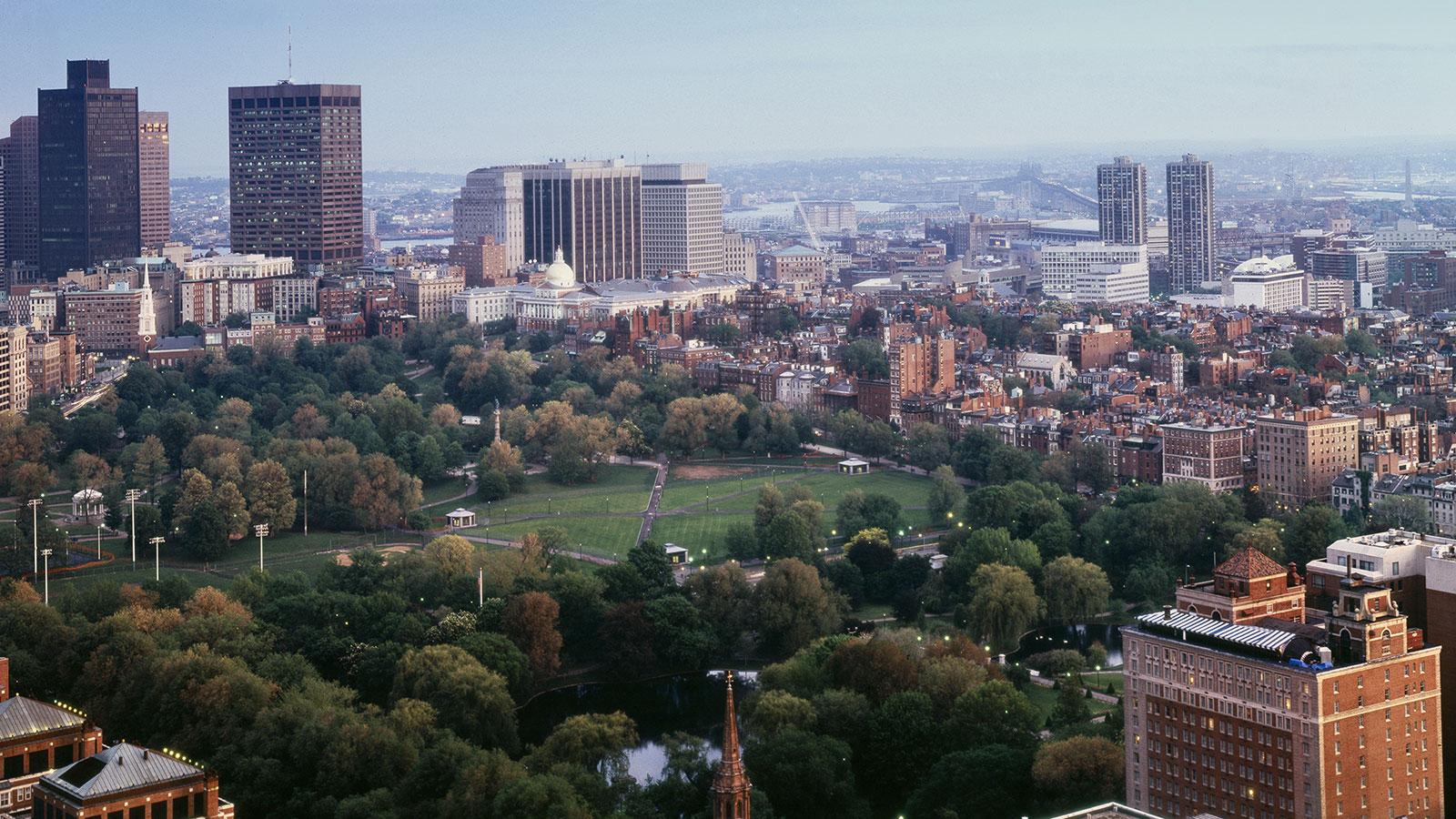 Boston Common is an oasis in the middle of the city's downtown. Photo credit: Carol M. Highsmith / Library of Congress 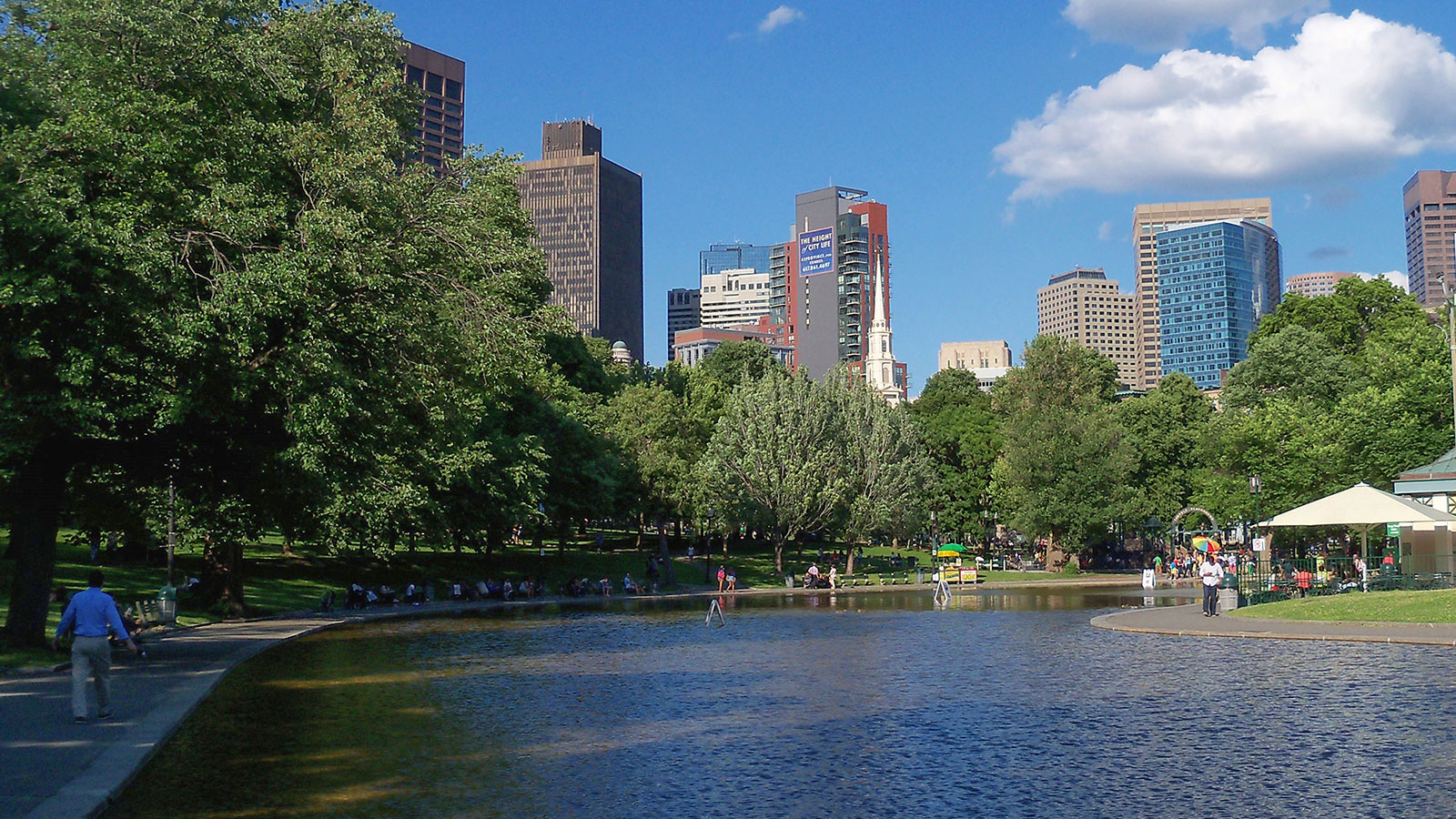 The Frog Pond serves as a focal point of activity in Boston Common. Photo credit: AlexiusHoratius via Wikimedia Commons 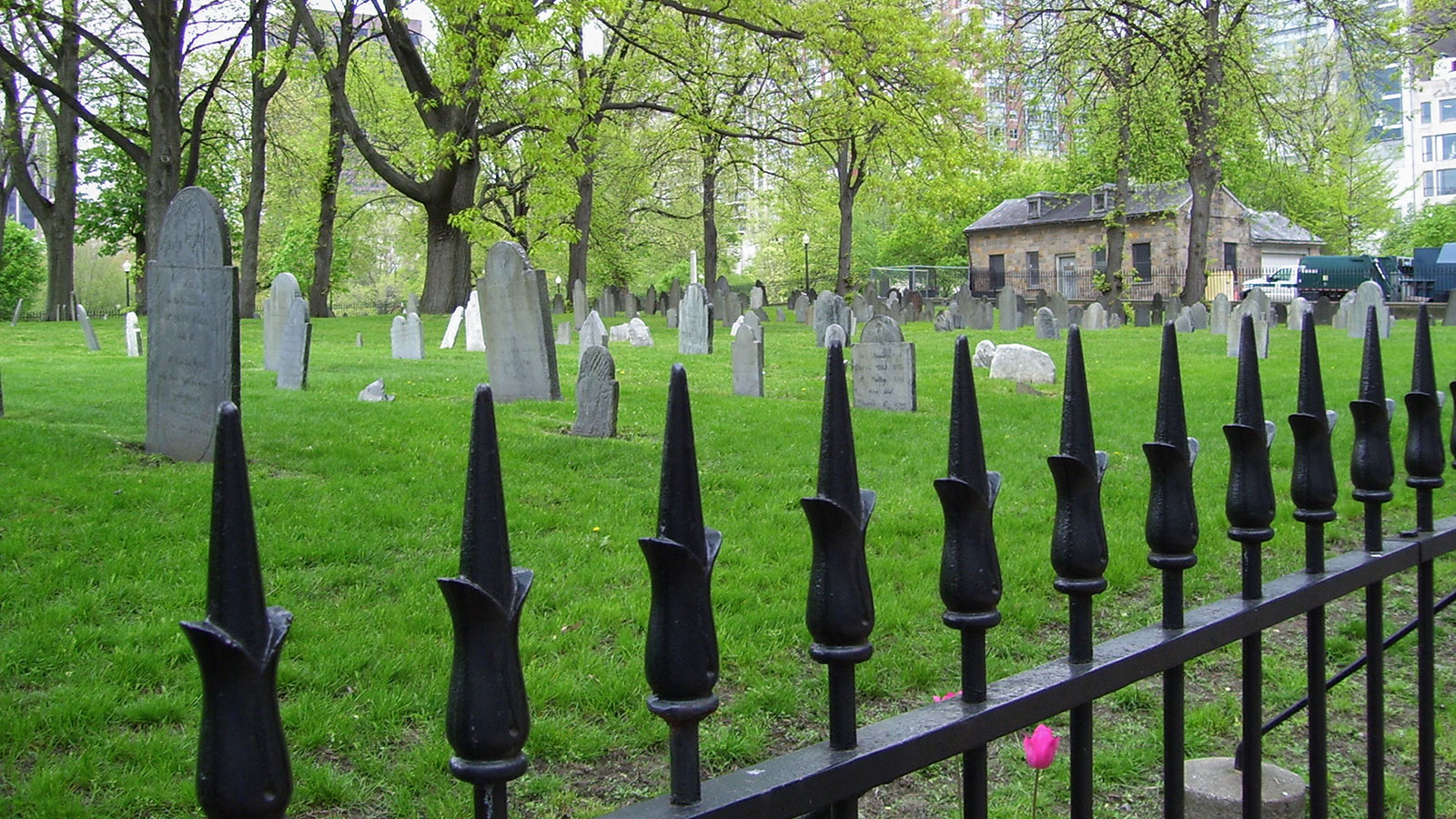 Central Burying Ground reminds visitors of one of the early uses of the Common. Photo credit: Swampyank via Wikimedia Commons 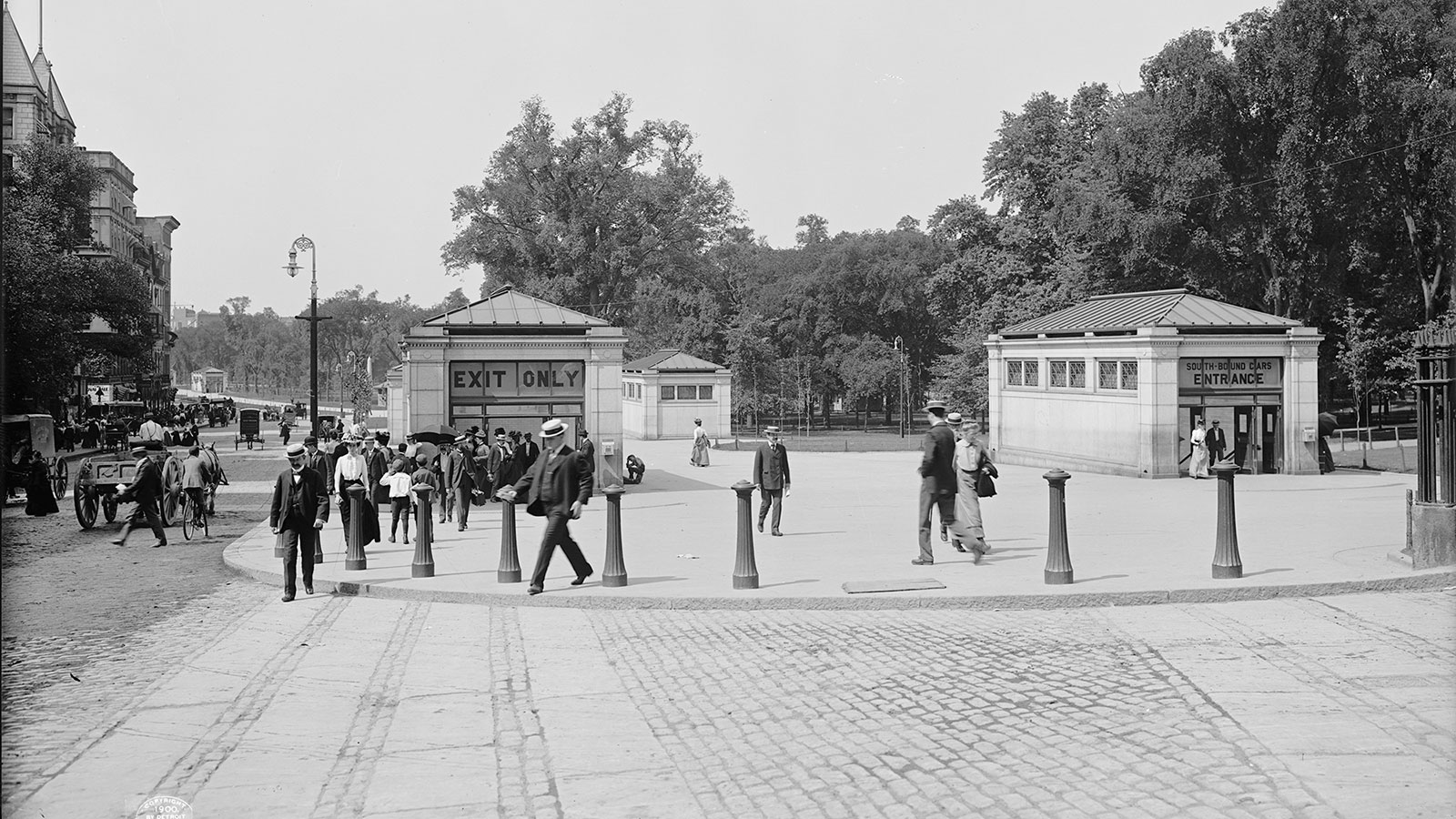 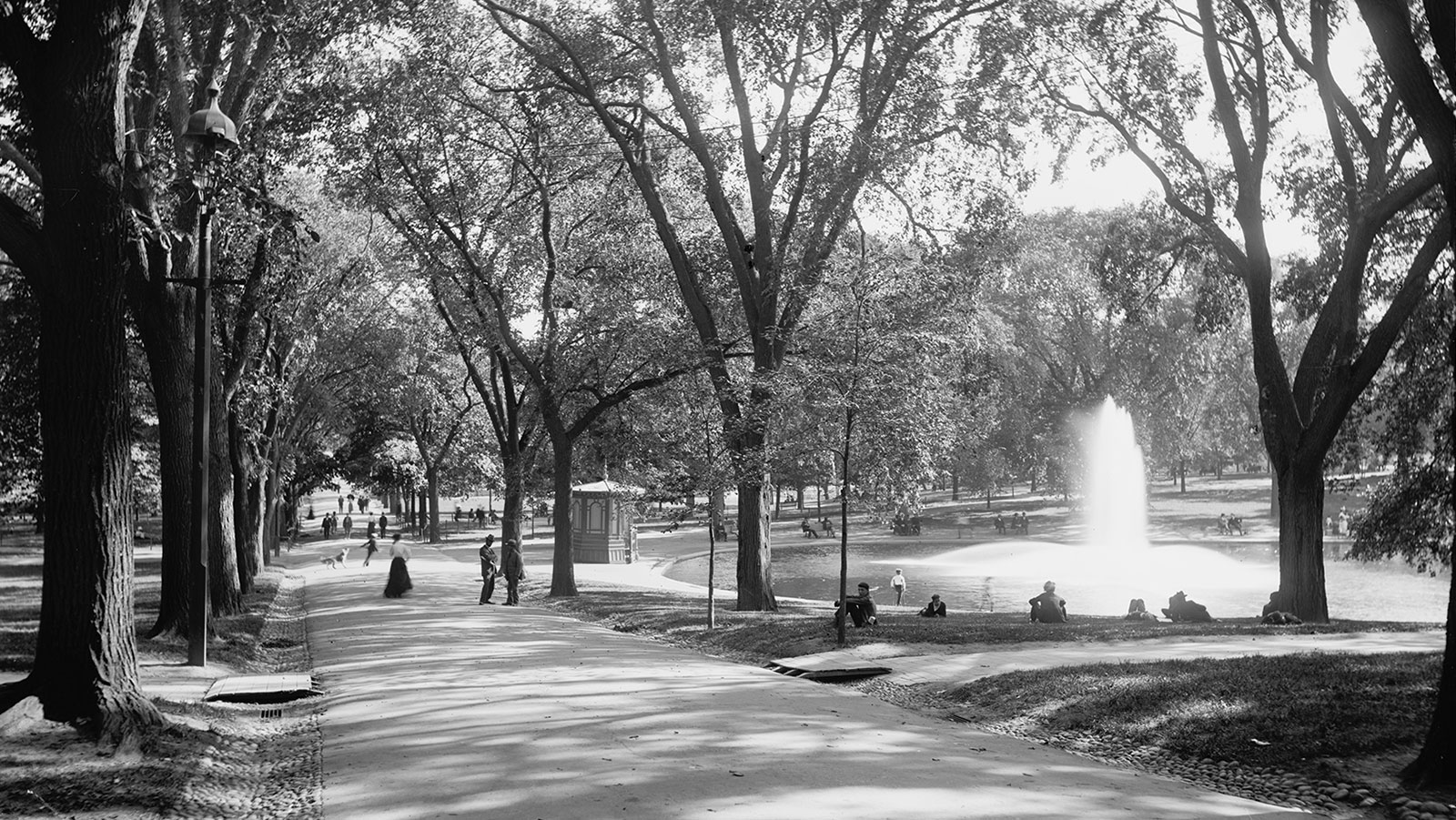 Boston Common bears the distinction of being America's oldest public park. Its long history dates back to 1634, when the fledgling town of Boston purchased the property owned by William Blackstone, a hermit who found the area crowded after the Puritans settled nearby. In the 17th century, villagers used the Common for pasturing, doing laundry, conducting militia exercises, dumping, burying, quarrying, and "lawful recreation." Executions - by hanging or firing squad - were also performed on the Common.

In the eighteenth century, institutions for the poor were built along the Common's east side. Trees were planted along a "mall" on the south side for the pleasure of the wealthy. After a revolution-minded populace started to use the Common to burn tea and hold public tar-and-featherings, British regiments occupied the space.

When Massachusetts became part of the new United States of America, Charles Bulfinch's masterpiece of Federal architecture, the Massachusetts State House, was built overlooking the Common. Community pride in the Common led to an effort to fill holes, grade uneven areas, and plant trees.

By the early nineteenth century, people had begun to think of the Common as a different kind of public amenity - not as a place for doing laundry, beating rugs, or grazing cattle (a practice outlawed in 1830), but as a shared place of beauty.

The Common was so well loved that public opinion forced a streetcar line to be buried under it instead of scarring its surface. That streetcar line became the first subway in America.

Today, Boston's love of the Common has only grown, as the 50-acre park serves as a public rallying place, recreation ground, and the jewel of downtown Boston.