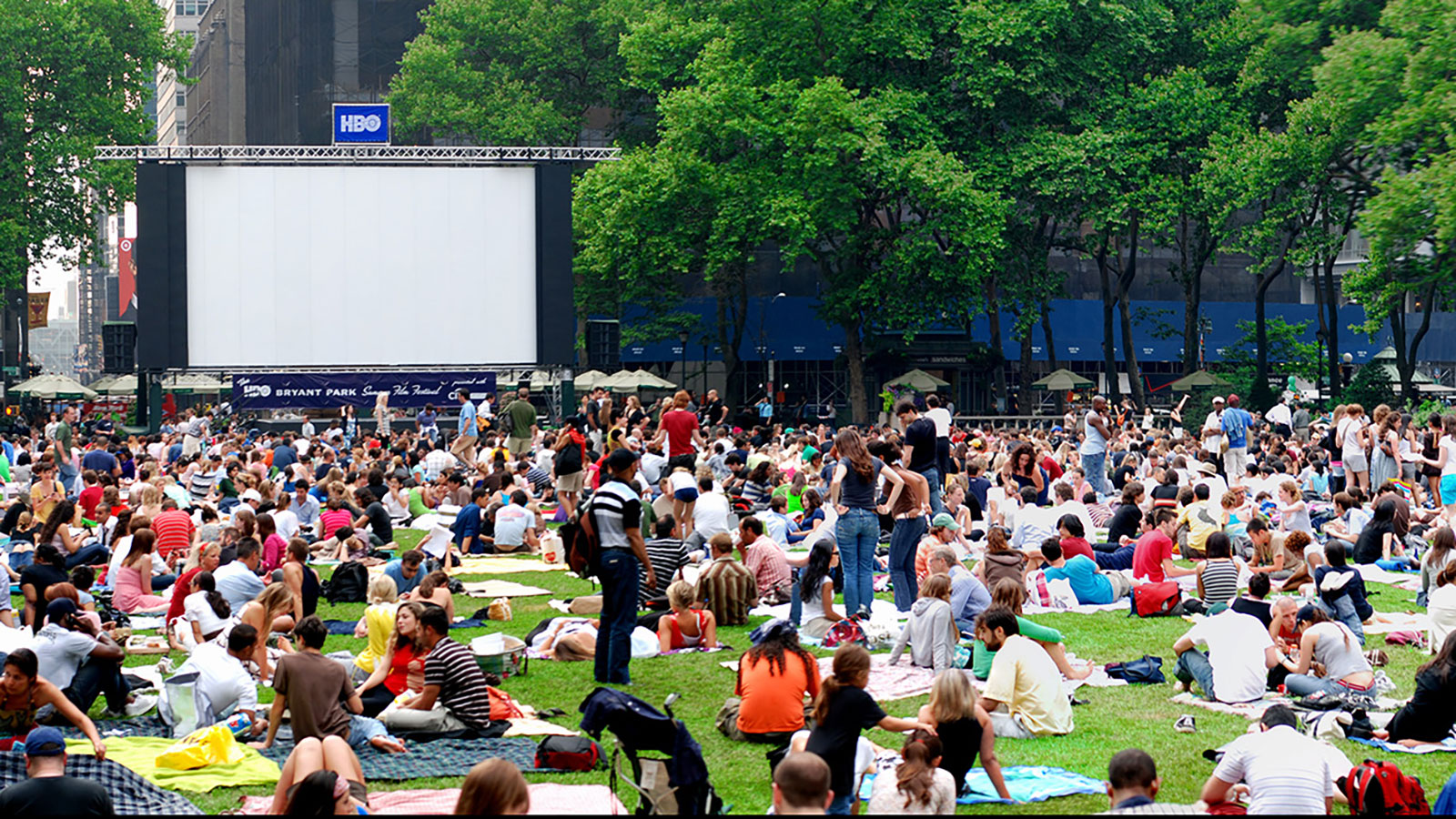 Bryant Park, once a desolate place and a home to drug dealers, is now used for hundreds of public events annually. Photo credit: Brian Fountain via Flickr 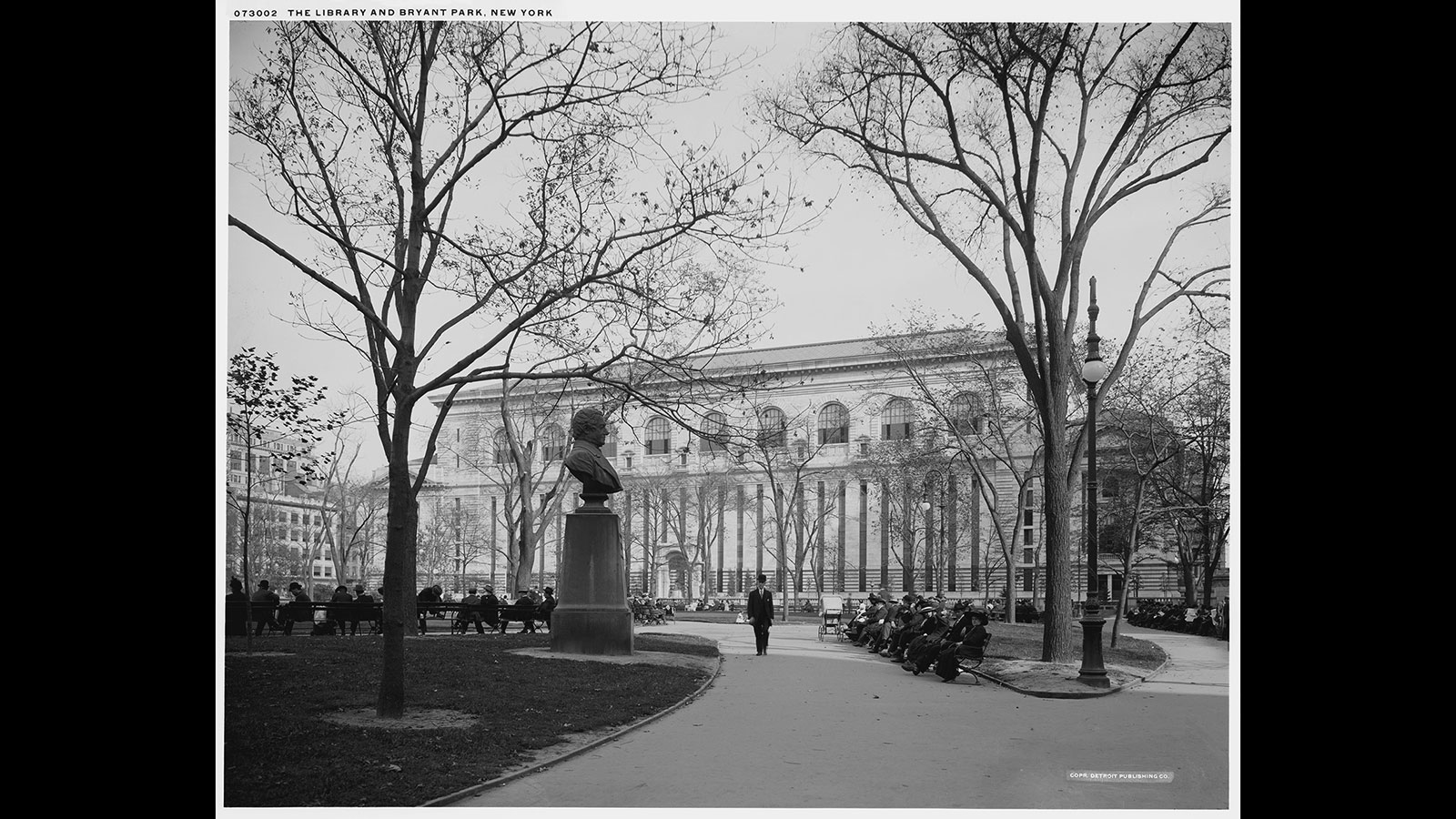 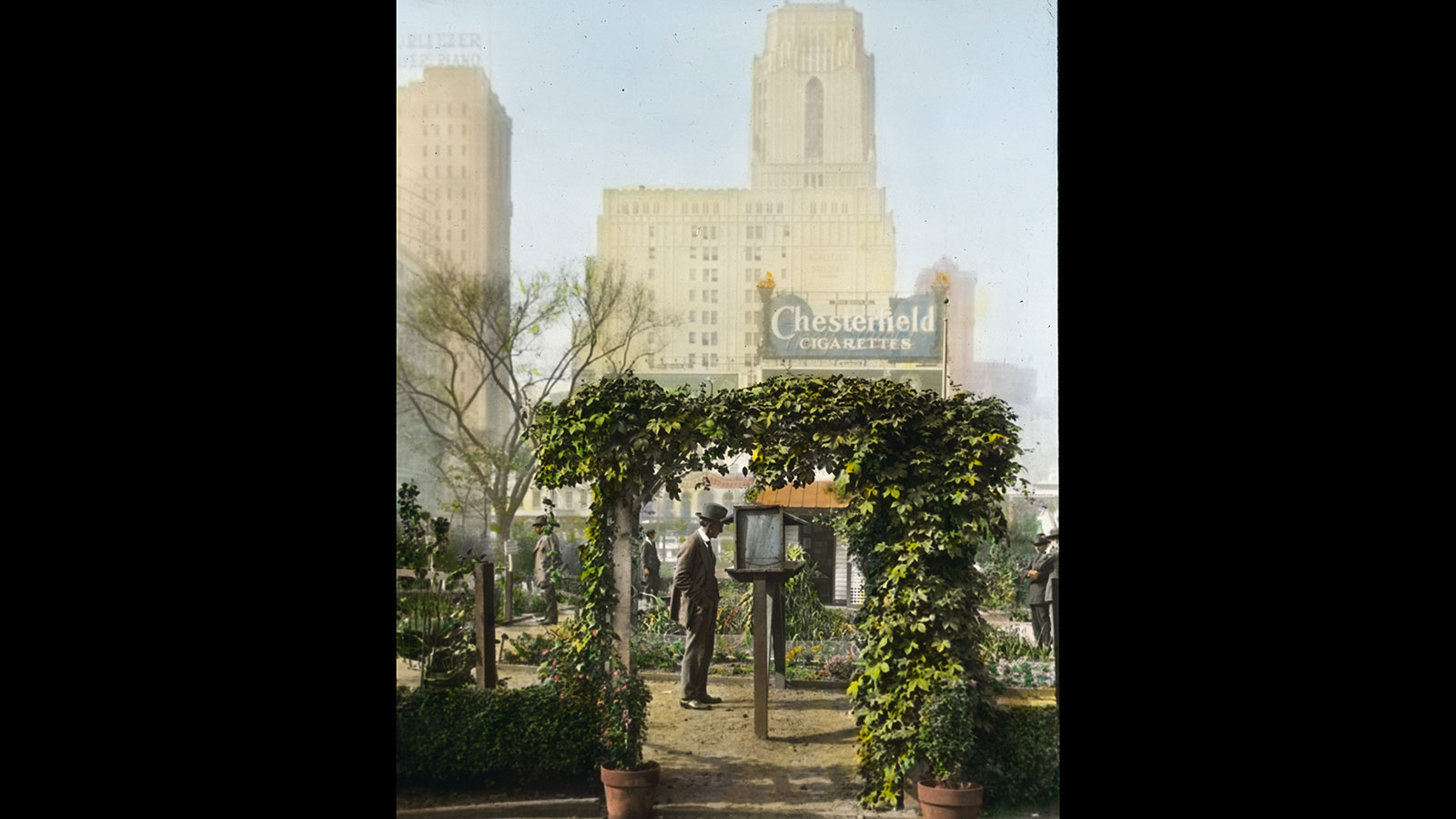 A visitor studies the Demonstration Garden during World War I. Photo credit: Library of Congress 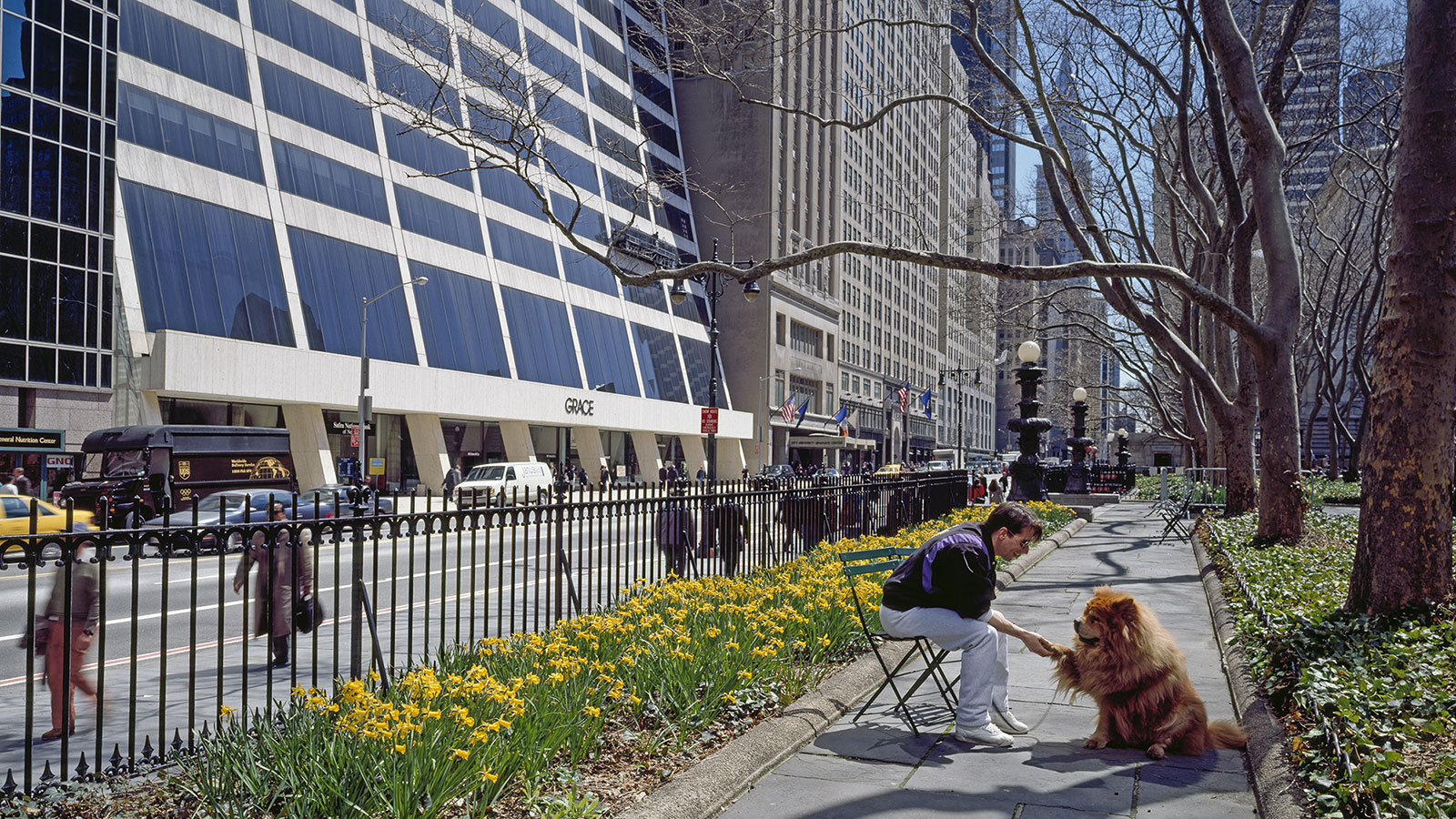 Some formal aspects of the park design, including the fence and walks along the perimeter of the park, remained after the park's renovation. Photo credit: Carol Highsmith / Library of Congress

Bryant Park has a long and storied history. It first opened as Reservoir Square Park in the 1840s, but it didn't change America until the 1980s.

In 1842, an extensive aqueduct system was put into service to bring fresh water into Manhattan. The Croton Reservoir was on the block where the New York Public Library stands today. (A second reservoir was located in what is now the Great Lawn of Central Park.) Reservoir Square Park opened next to the new Croton Reservoir.

By the 1930s, the park had been renamed after William Cullen Bryant in 1884, and the reservoir had been replaced by the library in 1911. To spruce up the tired park and aid out-of-work architects, a competition was held to redesign the space. The winning entry terraced the park above street level, hedgerows created a formal landscape, and a few years later, a fence was added.

The design worked well at first. From 1935 to 1943, the park was home to an outdoor library branch that served downtown workers, as well as the unemployed. By the 1970s, however, Bryant Park had declined significantly. The qualities that had made it a retreat in the city - elevated, private, and secluded - allowed it to become a haven for drug deals and other unsavory activities.

In 1980, a private nonprofit corporation was formed to address the problem. The Bryant Park Restoration Corporation leveraged private money to clean up and secure the park. The resulting partnership became the national model for private management of a public park. Today, the reorganized Bryant Park Corporation is responsible for maintenance and design, and coordinates hundreds of events throughout the year.