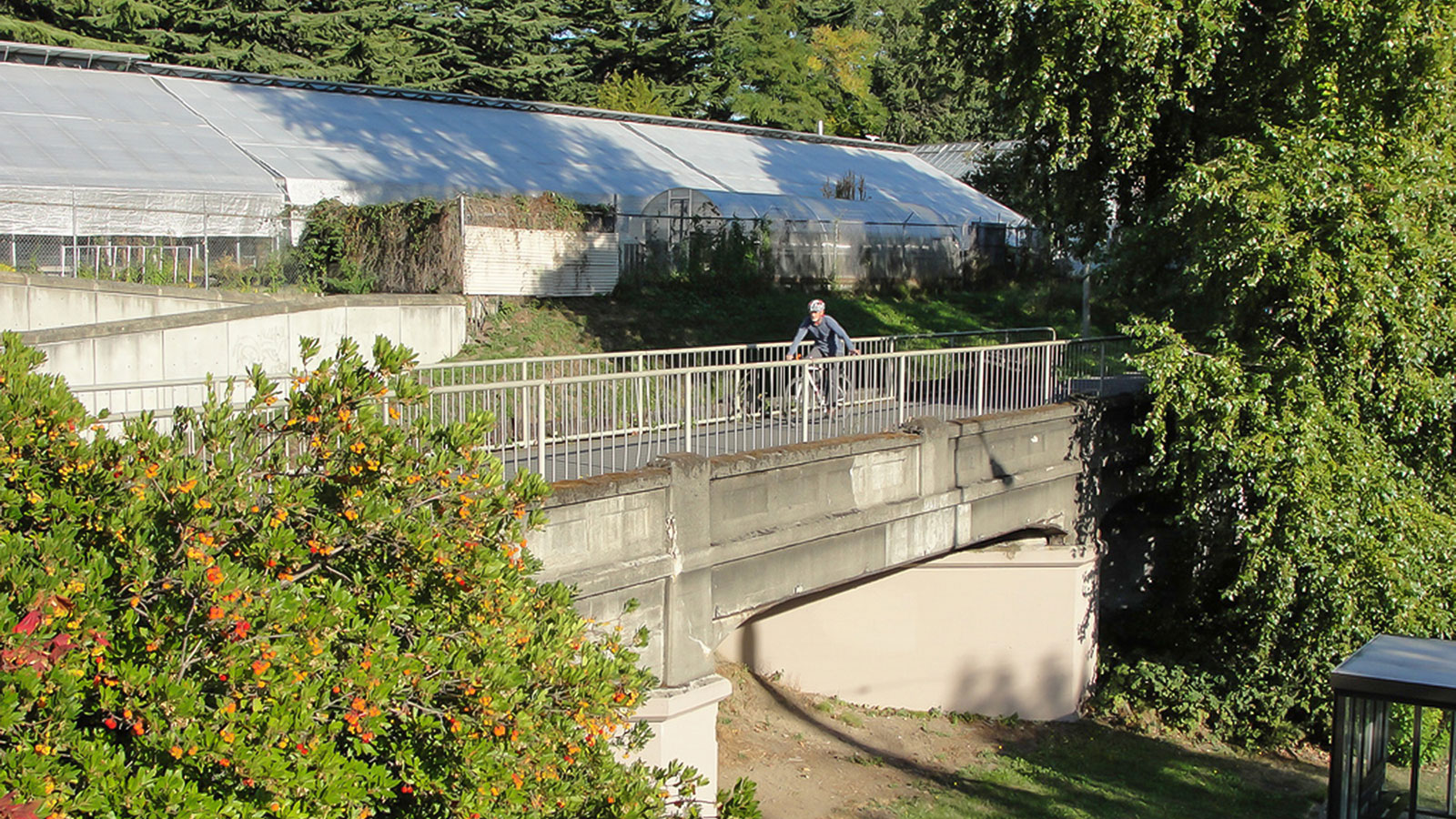 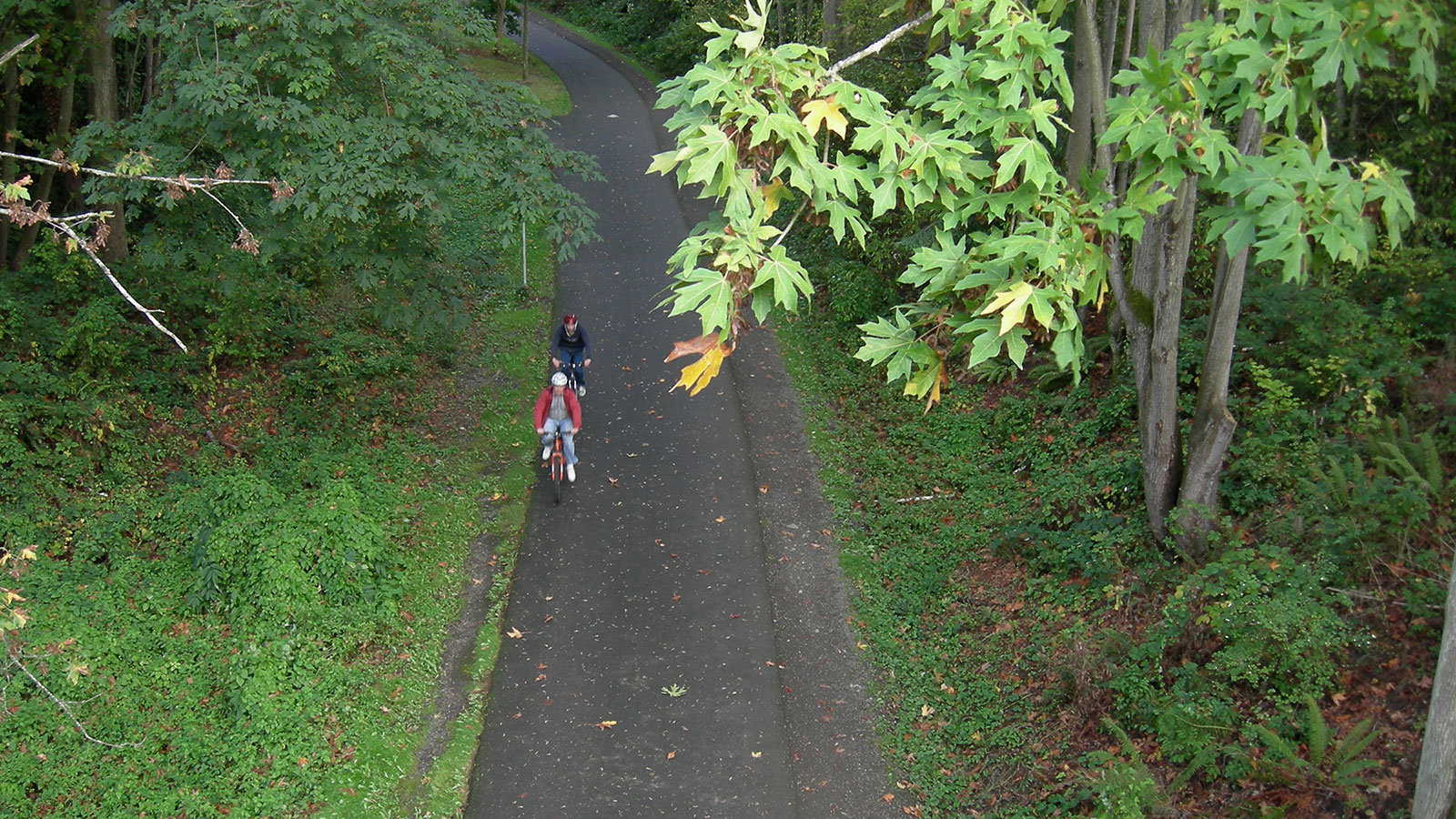 The trail winds through Seattle and its suburbs, including both wooded and urban sections. Photo credit: Joe Mabel via Wikimedia Commons 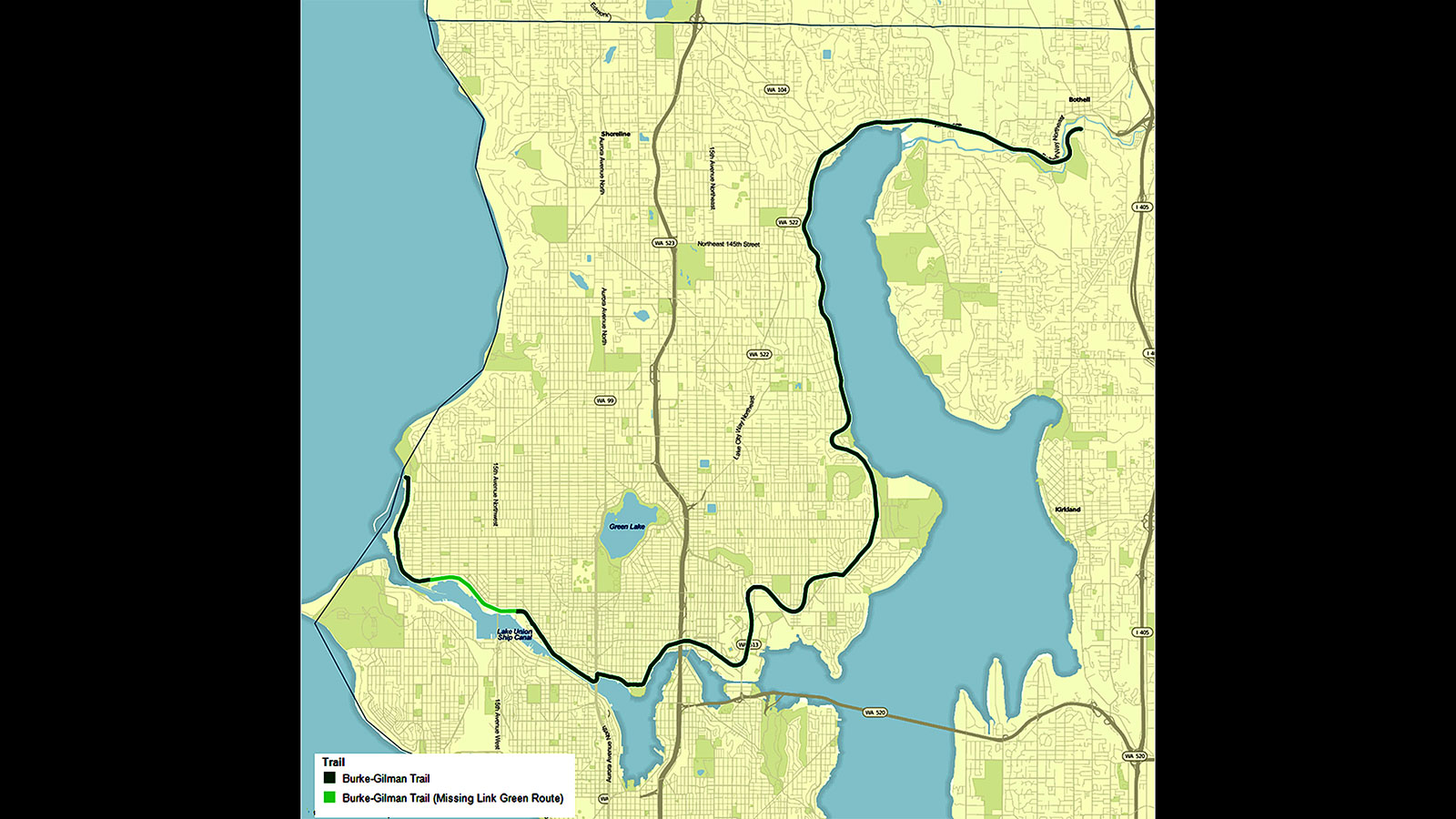 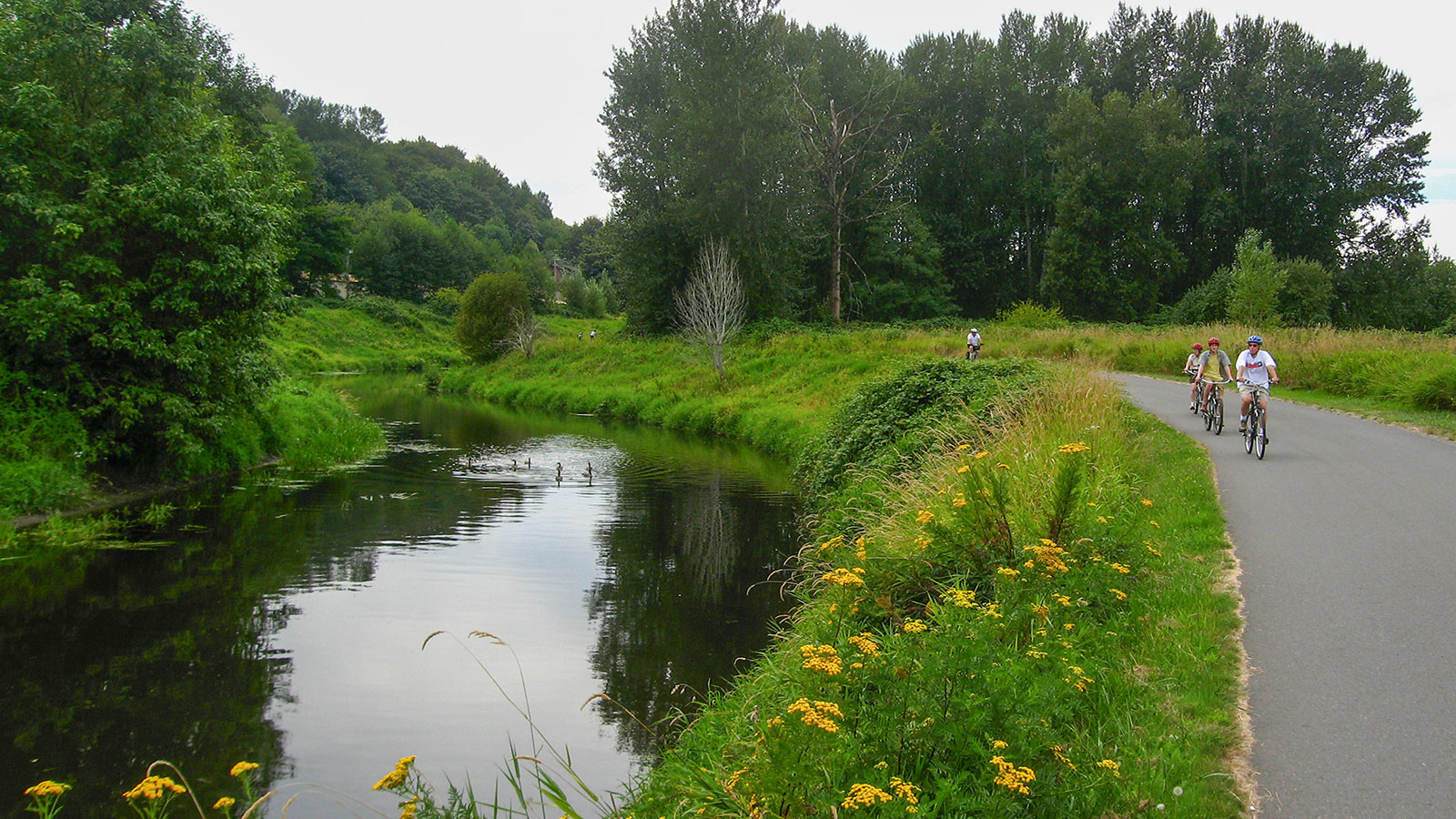 The trail was constructed on the right-of-way of the Seattle, Lake Shore and Eastern Railway, which was founded in 1885. Photo credit: Sean Munson via Flickr 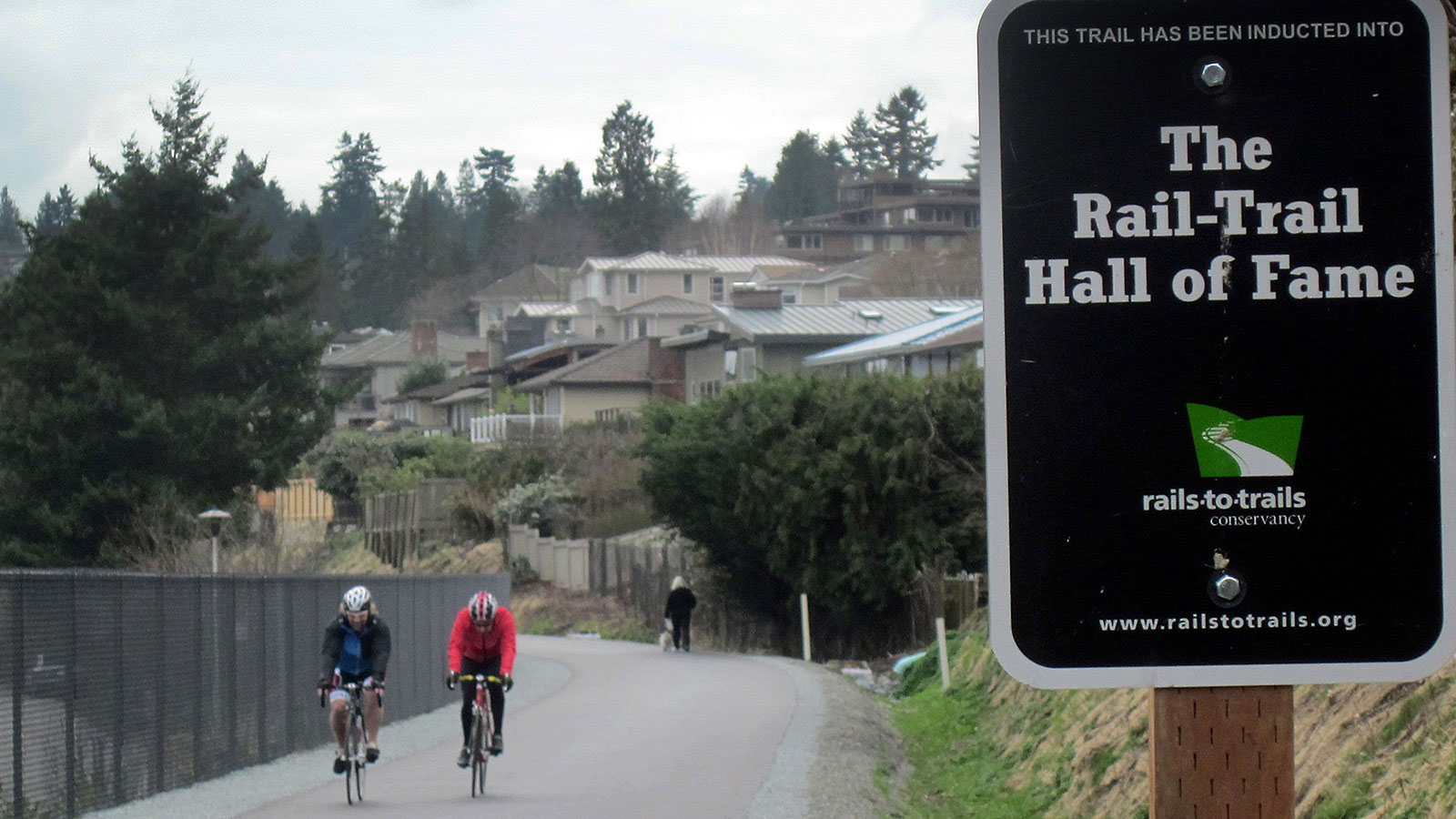 The Burke-Gilman Trail was the fourth inductee in the Rail-Trail Hall of Fame. Photo credit: Gene Bisbee via Flickr

People have been walking along railroad tracks for more than a century. So when railroads are decommissioned, turning the rails to trails is the logical evolution.

The "rails to trails" movement started in the 1960s with a few scattered projects and gradually built momentum. Seattle's Burke-Gilman Trail, opened in 1978, is a terrific early example. It was constructed on the right-of-way of the Seattle, Lake Shore and Eastern Railway, which was founded in 1885 and absorbed by the Northern Pacific Railway in the 1890s. The line was decommissioned after Northern Pacific was taken over by Burlington Northern in 1970.

The trail winds through city and suburbs, along lakes and through the University of Washington campus. Its 19-mile path connects to other trails as part of a larger system. Users include recreational cyclists, joggers, walkers, and people going to and from their jobs in Seattle. In fact, it has been estimated that a third of the users on weekdays are bike commuters.

Today, the Rails-to-Trails Conservancy estimates that there are more than 21,000 miles of trails converted from abandoned railroads. They range from short paths to corridors more than 200 miles long.