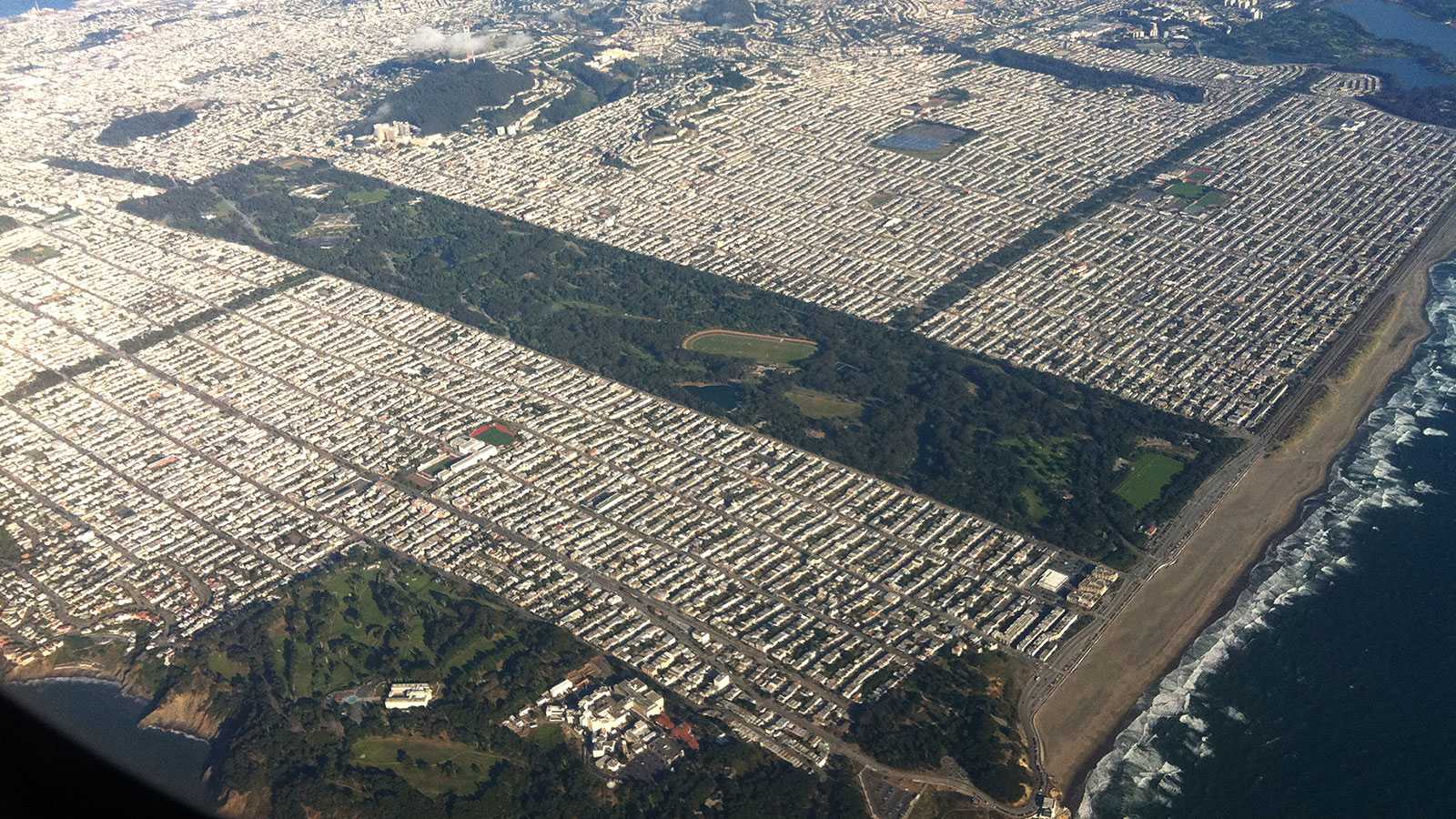 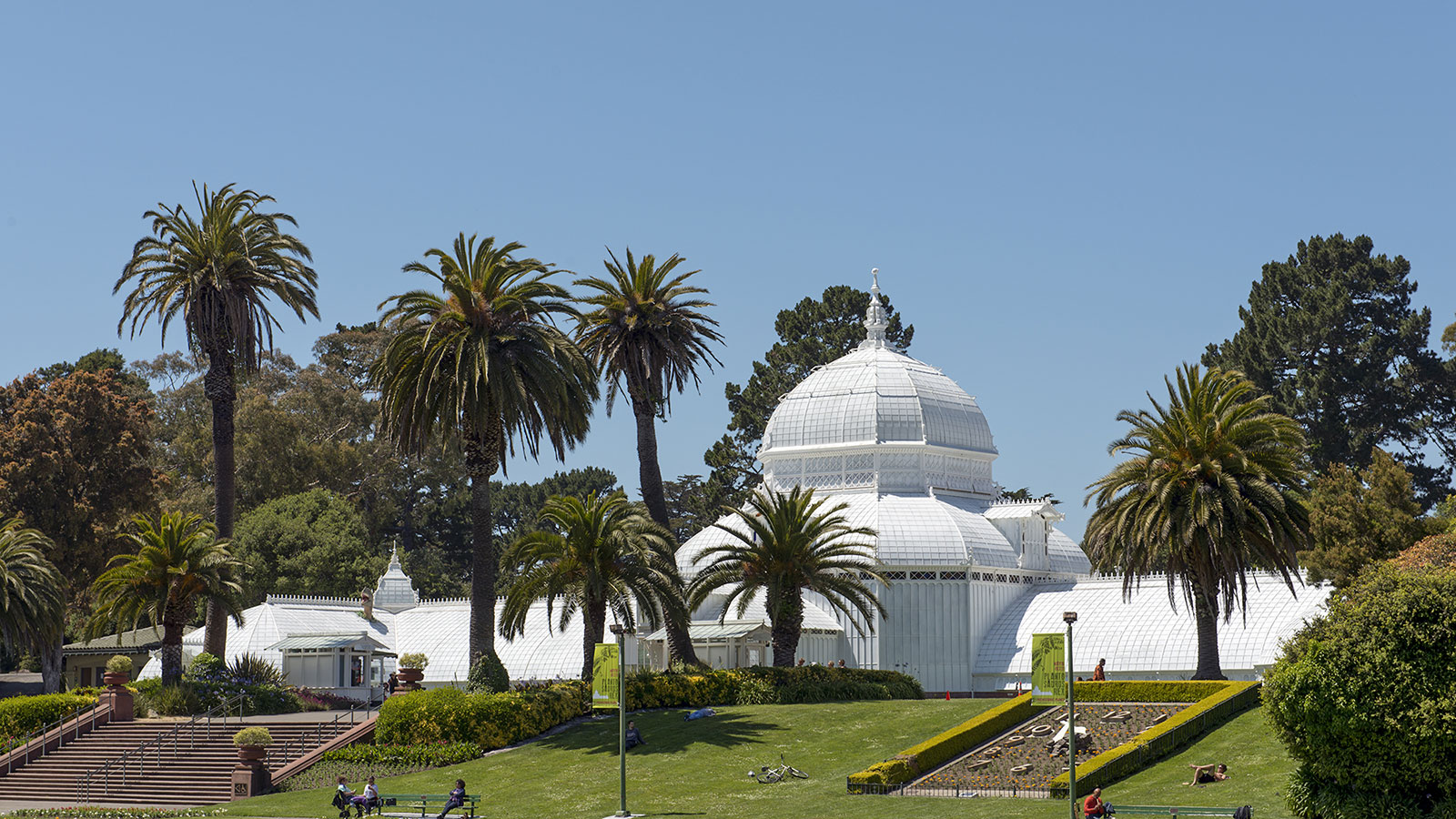 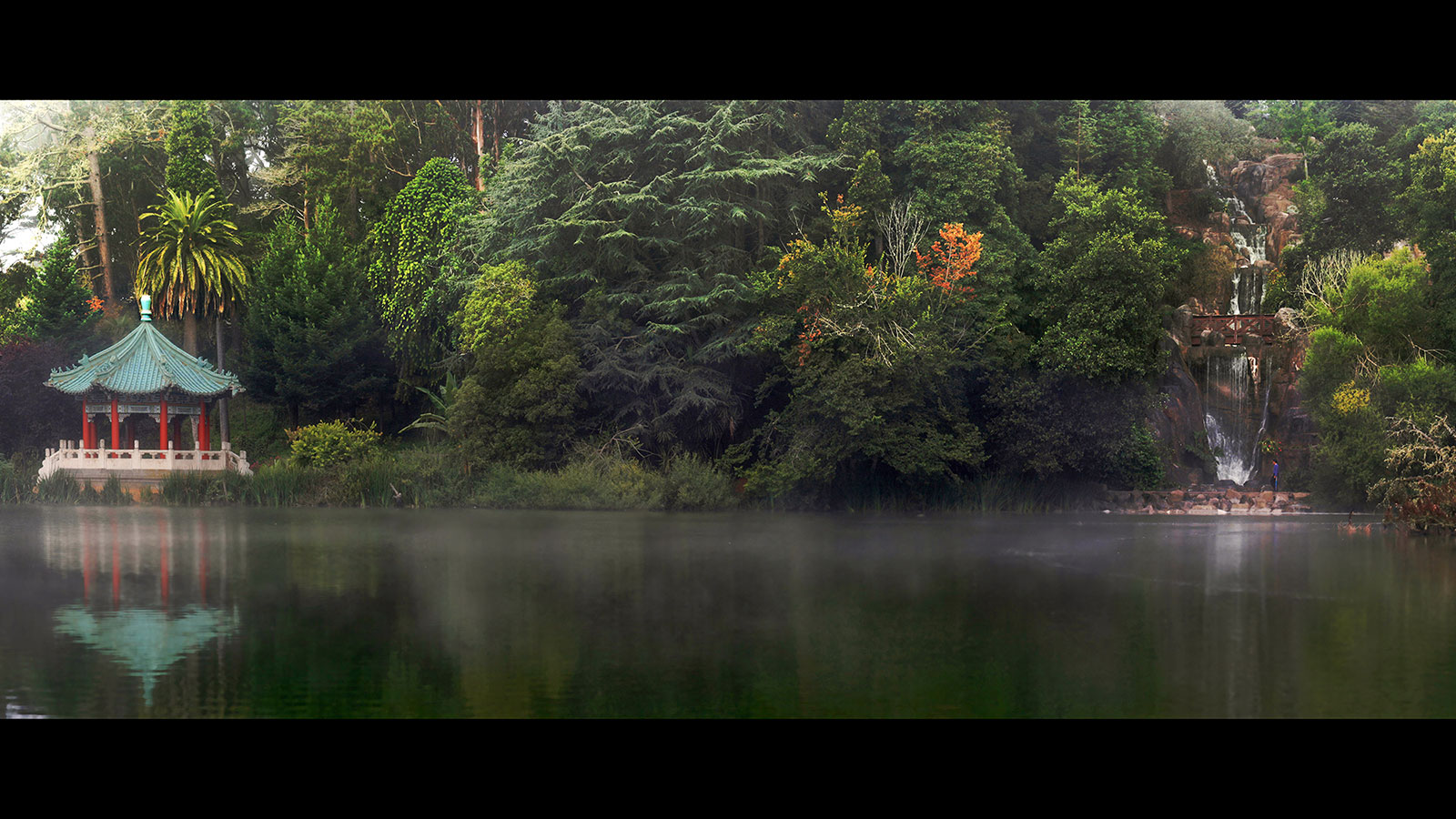 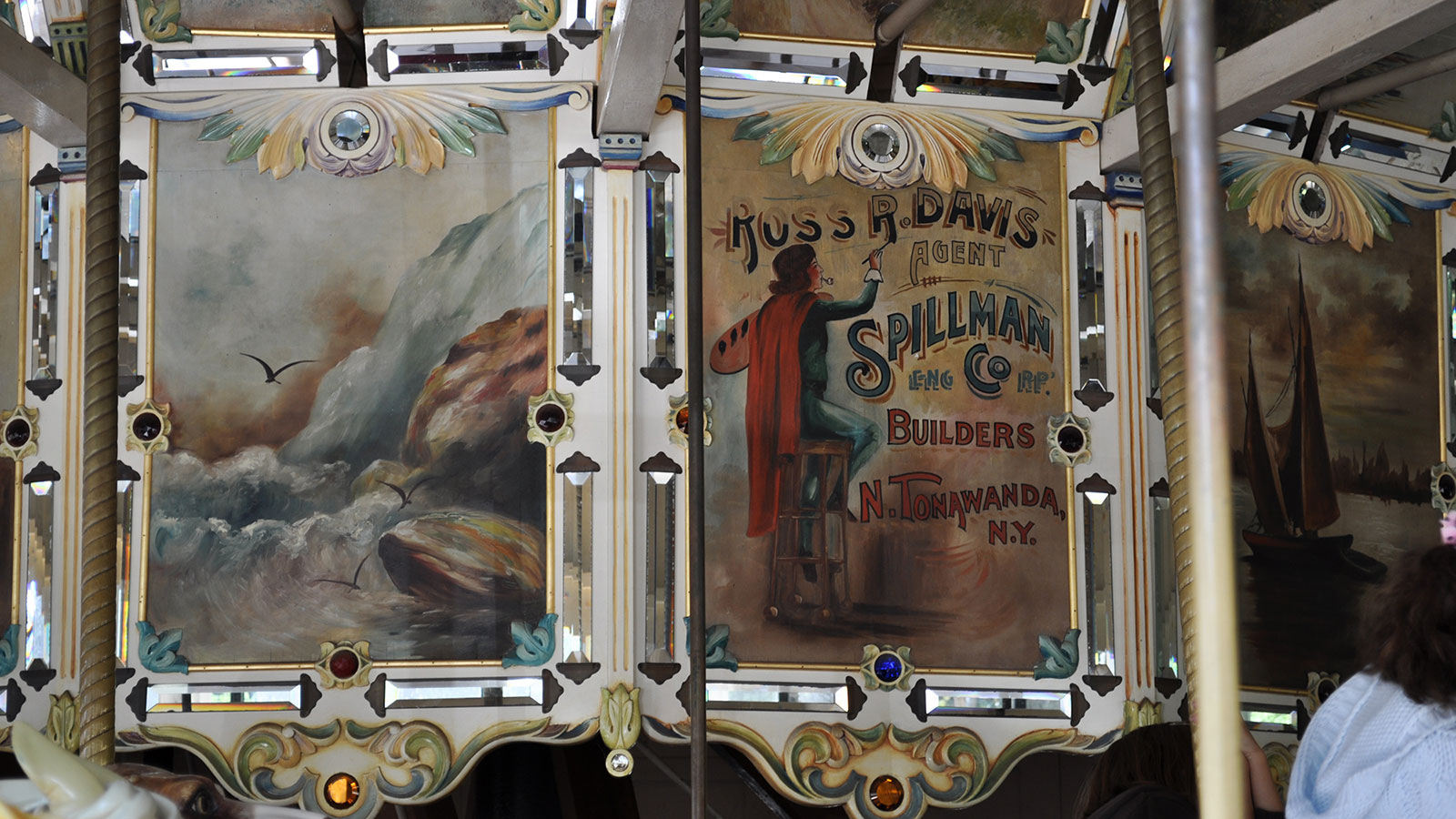 The Herschell-Spillman Carousel, installed at Golden Gate Park in 1940, is the third carousel to operate on this site. Photo credit: Joe Mabel via Wikimedia Commons 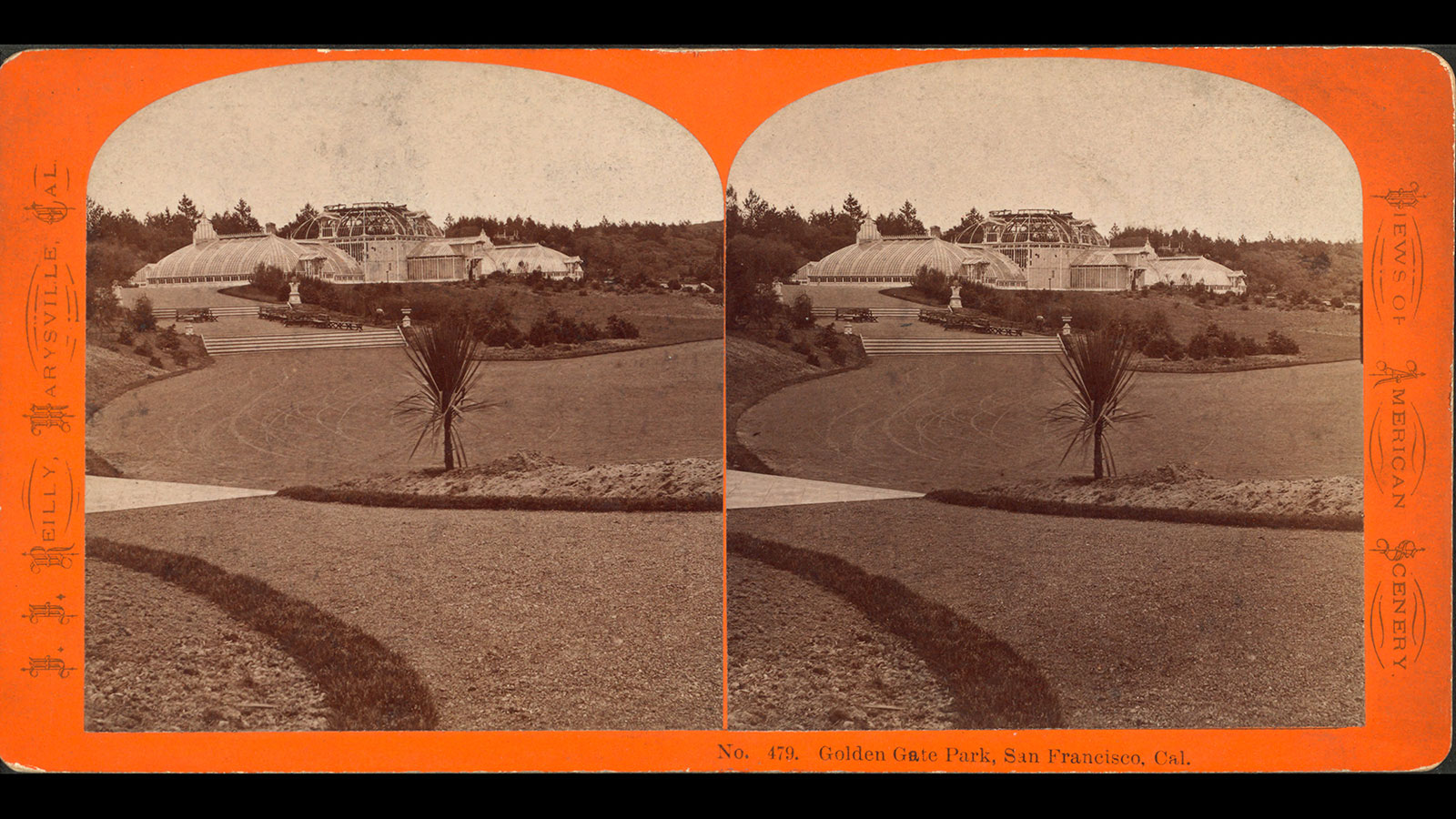 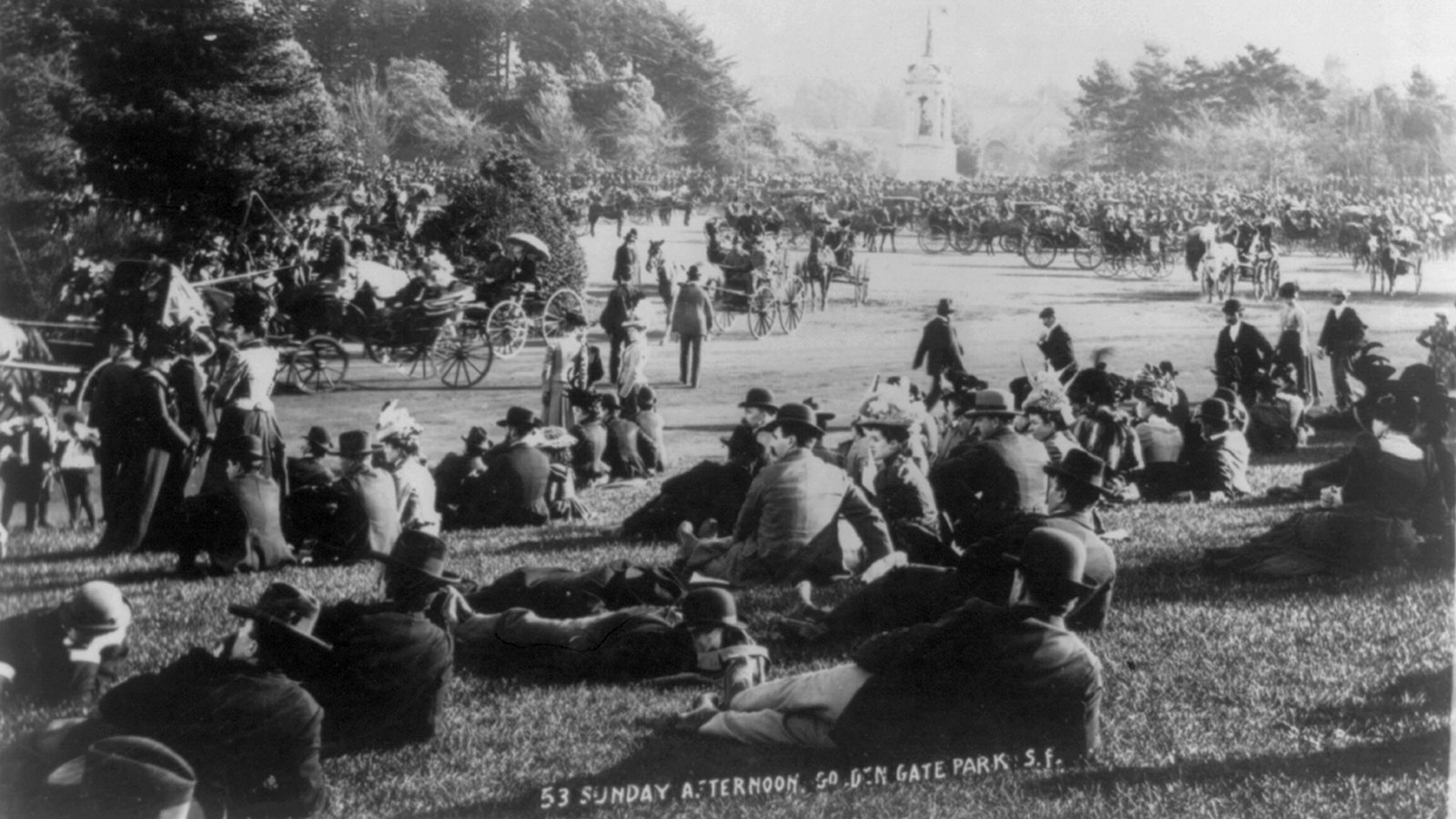 Golden Gate Park has drawn crowds ever since it opened. This photograph shows a Sunday afternoon in 1902. Photo credit: Library of Congress

When Central Park opened in 1859, cities all over the United States experienced "park envy." In the three decades that followed, New York's urban living room inspired dozens of large urban oases. The largest of these was San Francisco's Golden Gate Park, at 1,017 acres.

Due to the size of the park and the difficult terrain, San Francisco planners faced and overcame significant challenges. The land was transformed from sand dunes and shoreline into an impressive arboretum packed with trees that beautified and stabilized the natural landscape. In the first decade of the twentieth century, two windmills were constructed as part of a groundwater pumping system.

The park includes many features from the Victorian Era that coexist with new uses. The Conservatory of Flowers is one of the nation's largest wooden conservatories, reflecting the Victorians' fascination with floral arrangement and display. In 1891, the park's first bison were imported. The DeYoung Museum (now a striking modern building), the Japanese Tea Garden, and the music concourse all have roots in the 1894 California Midwinter International Exposition.

In the twentieth century, these attractions were joined by Kezar Stadium (1925), former home of the San Francisco 49ers; the Beach Chalet Restaurant (1925); and the National AIDS Memorial Grove (1988).