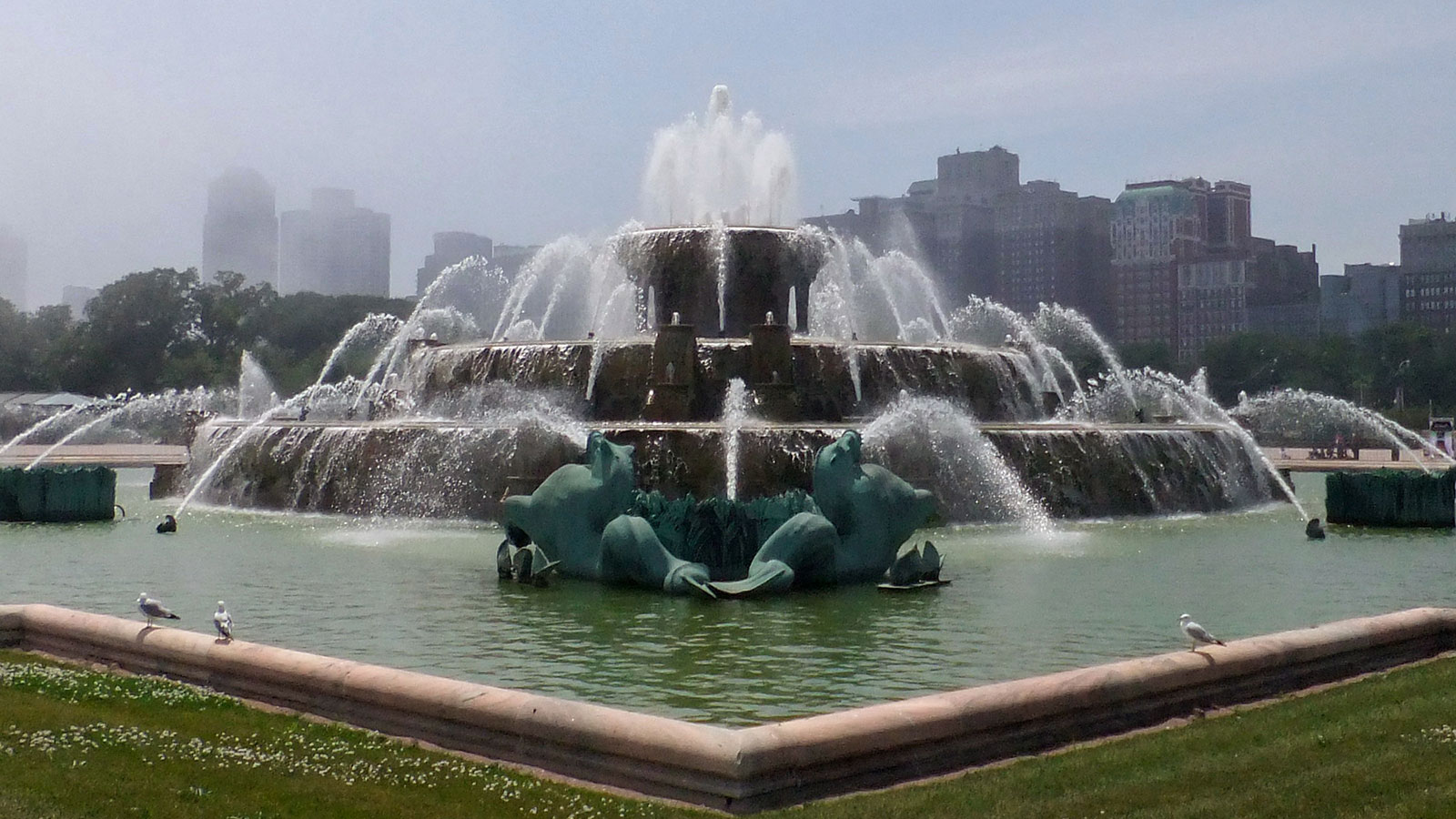 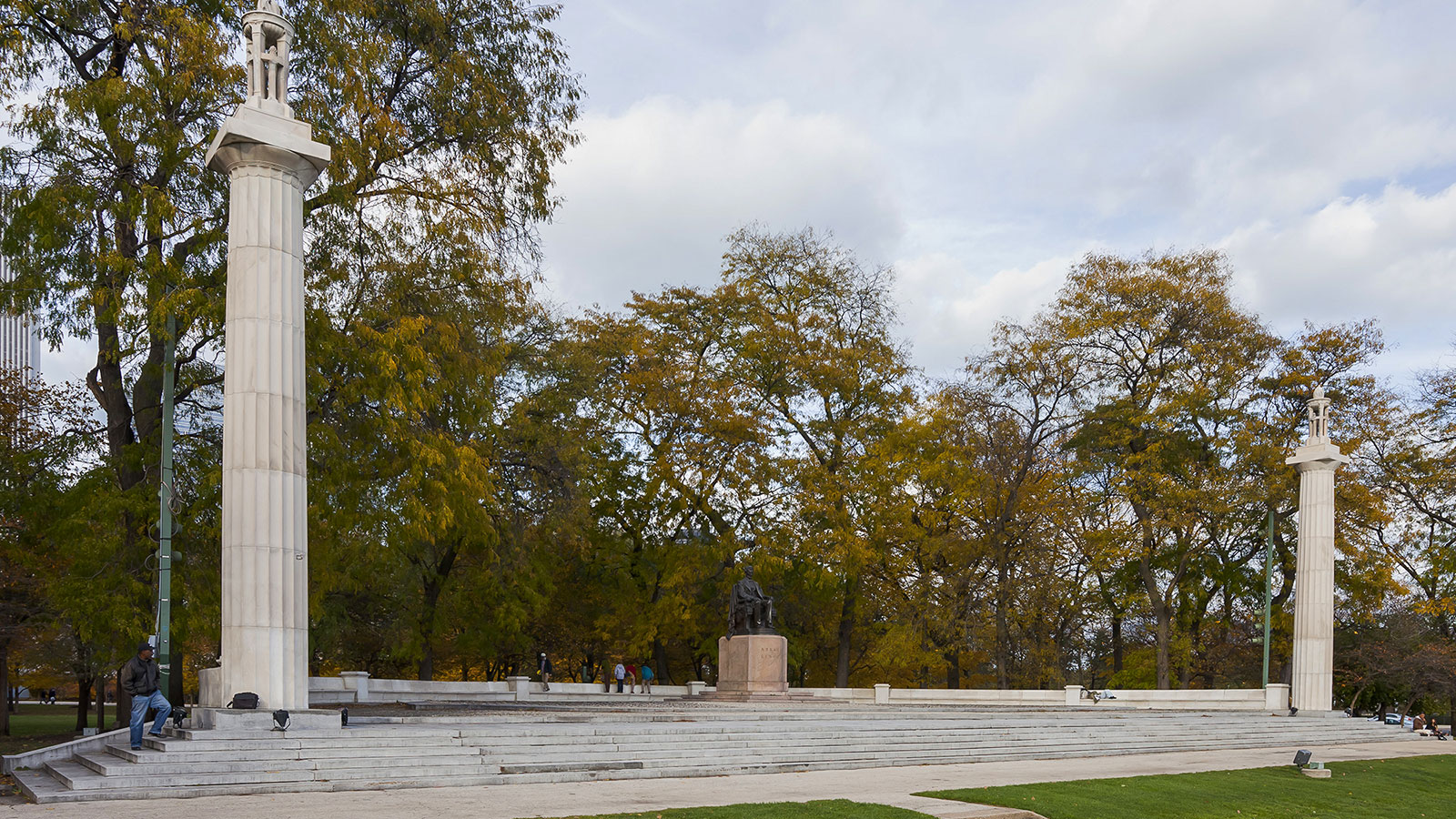 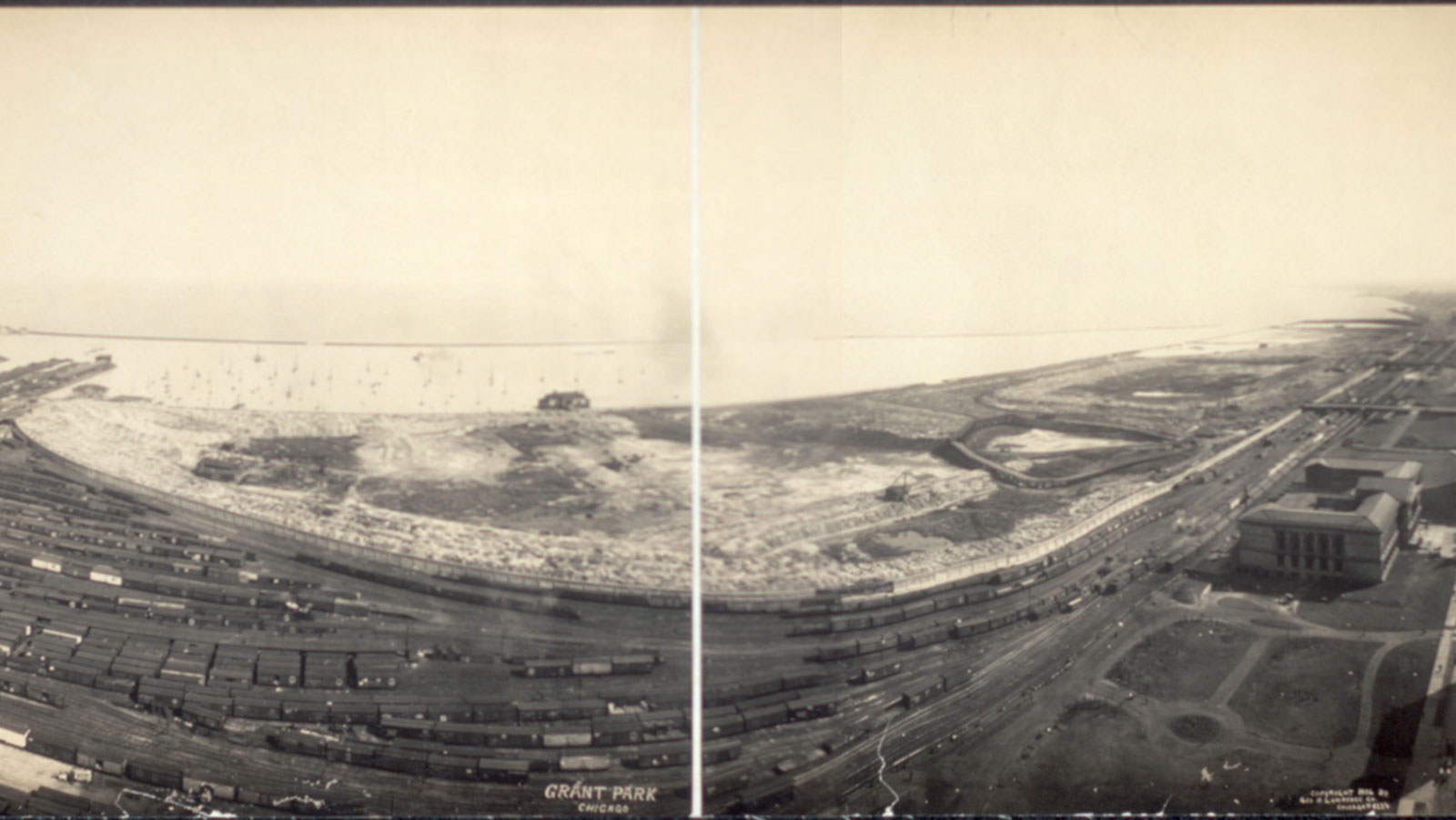 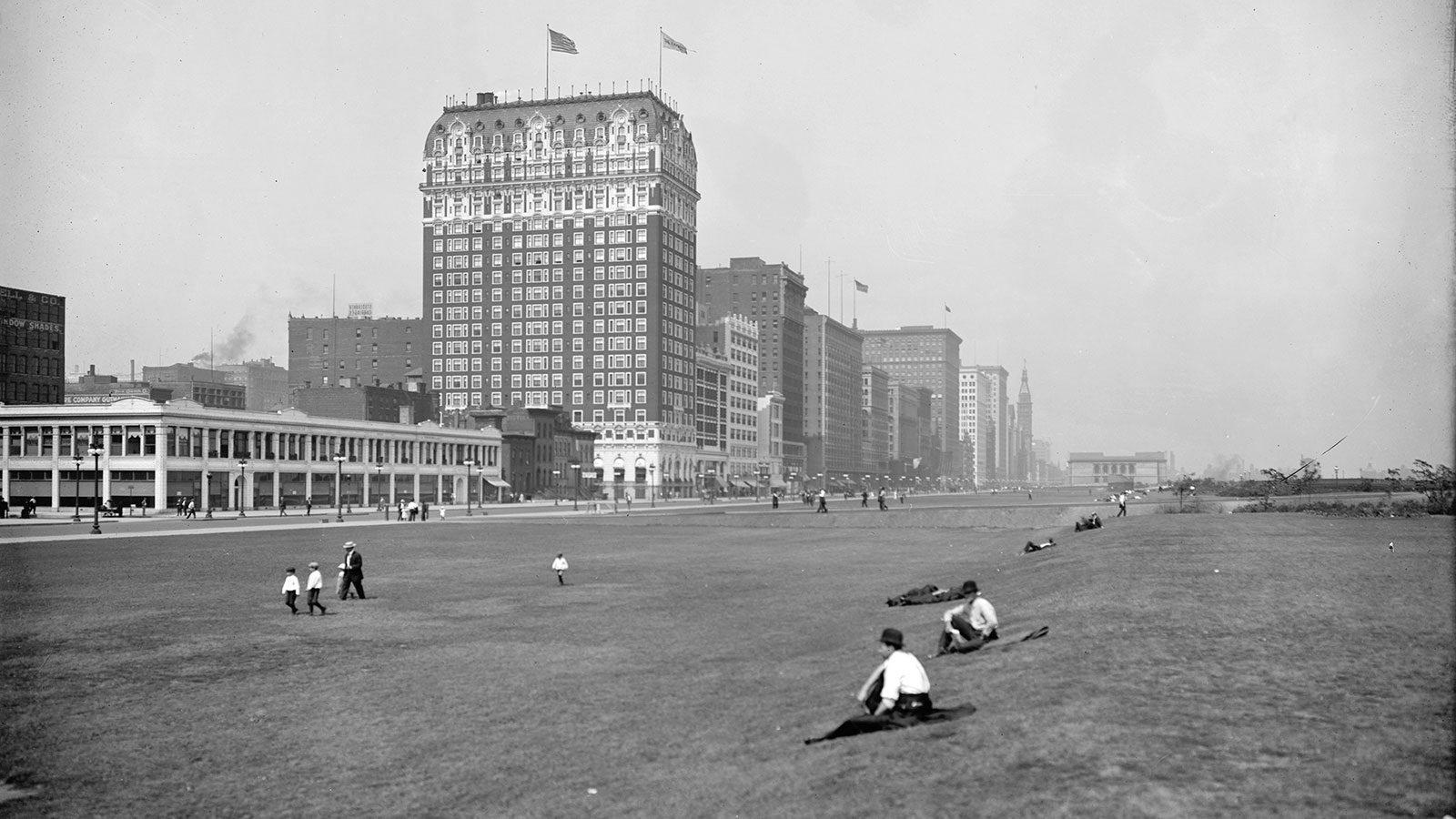 Visitors spread out in the southern stretch of Grant Park, circa 1900. Photo credit: Detroit Publishing Co. / Library of Congress

Chicago's Grant Park is almost as old as the city itself, and like Chicago, it has evolved and grown considerably over the years.

Lakeshore property along the east side of Michigan Avenue was originally set aside in the 1830s and established as Lake Park in 1844. Since the action of the lake continued to erode and change the lakeshore, the Illinois Central Railroad was allowed to build an offshore trestle and breakwater in 1852. When the lagoon between the shore and the railroad was later filled in (in part with rubble from the Great Fire of 1871), the park began its eastward expansion. For more than a century, railroad tracks were a defining feature of the lakefront park.

In 1893, the Art Institute of Chicago was constructed in the park. To get their new museum, park commissioners had to solicit the approval of the formidable Montgomery Ward. The retail titan's offices were located on Michigan Avenue opposite the park, and he fought in court to defend an original 1836 document that stated the land would be kept "open, clear & free of any buildings."

By 1896, the process to fill in more of the lake had begun. In 1901, while the project was underway, the name of Chicago's lakefront park was changed to honor Ulysses S. Grant, the 18th president of the United States.

By 1908, the area of the park had more than quadrupled, built on the city's ash, trash, construction debris, and earth from dredging and tunnel construction.

From a narrow strip along Michigan Avenue, the park gradually grew to fill 319 acres. Its centerpiece is Buckingham Fountain, one of the world's largest fountains, designed in 1927.

The park is also home to notable institutions; in addition to the Art Institute, the "Museum Campus" at the south end of the park houses the Field Museum of Natural History, the Adler Planetarium, and the Shedd Aquarium. Grant Park is also the setting for Millennium Park, an innovative designed space that has quickly become one of Chicago's top attractions.