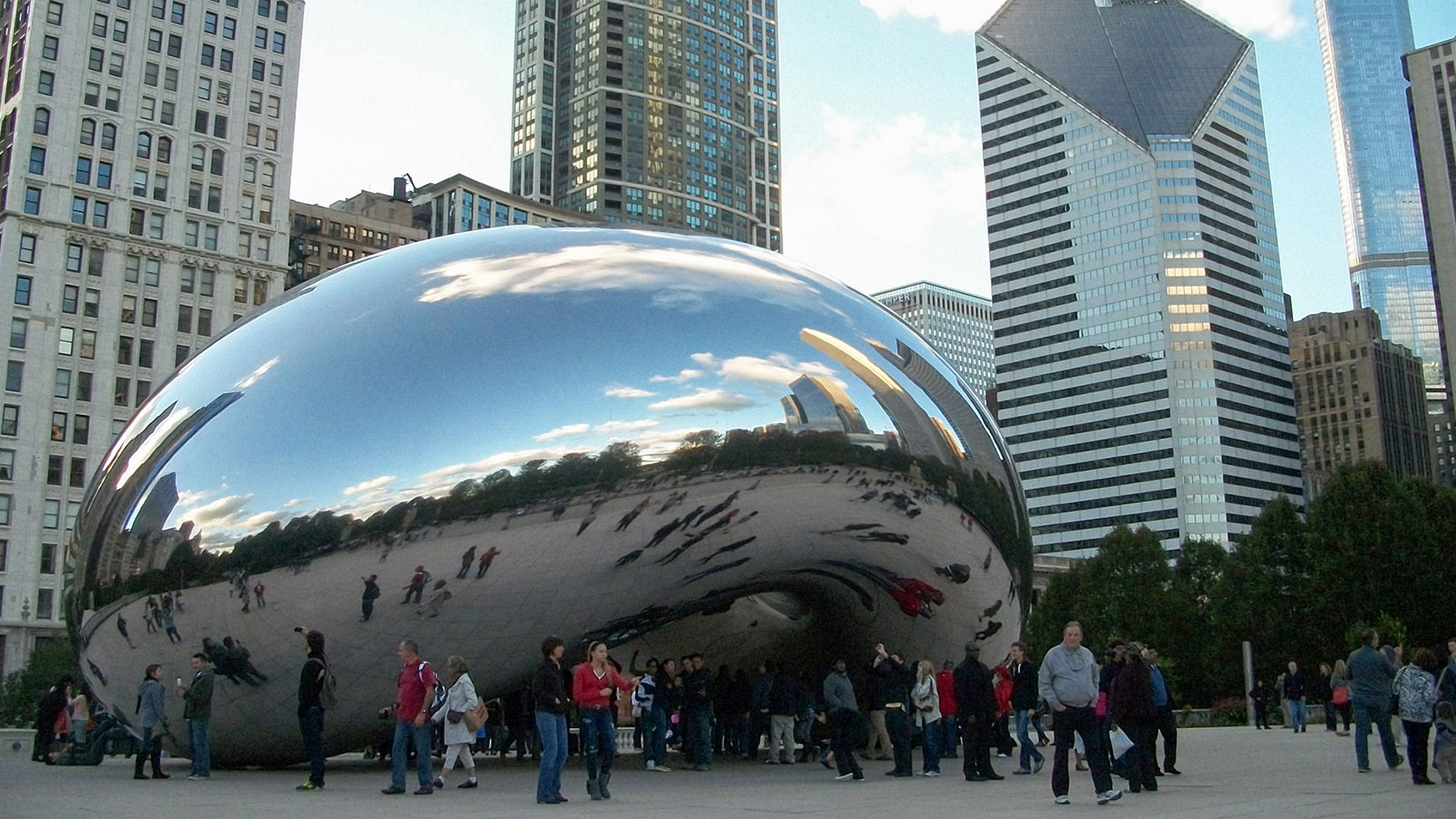 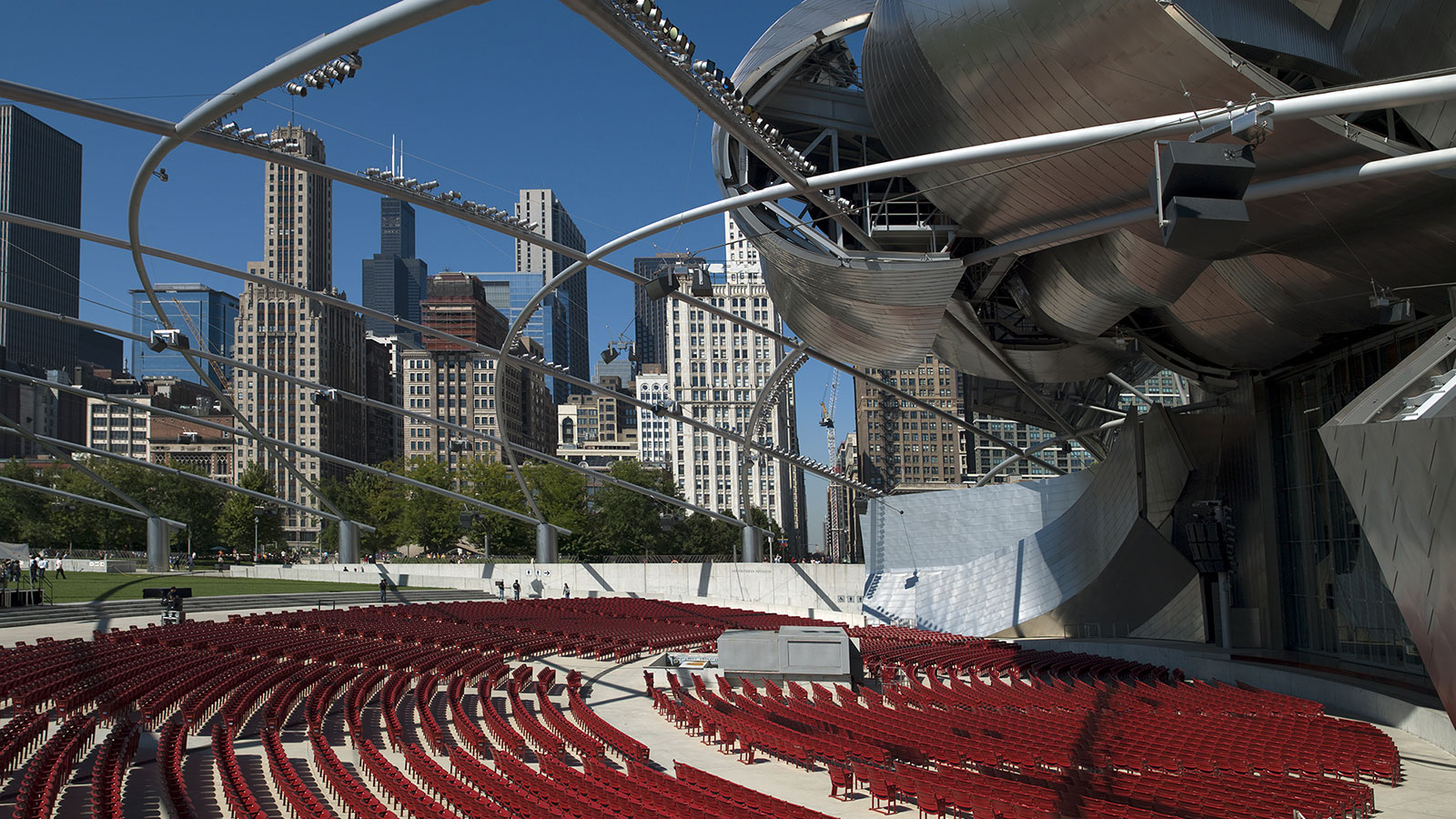 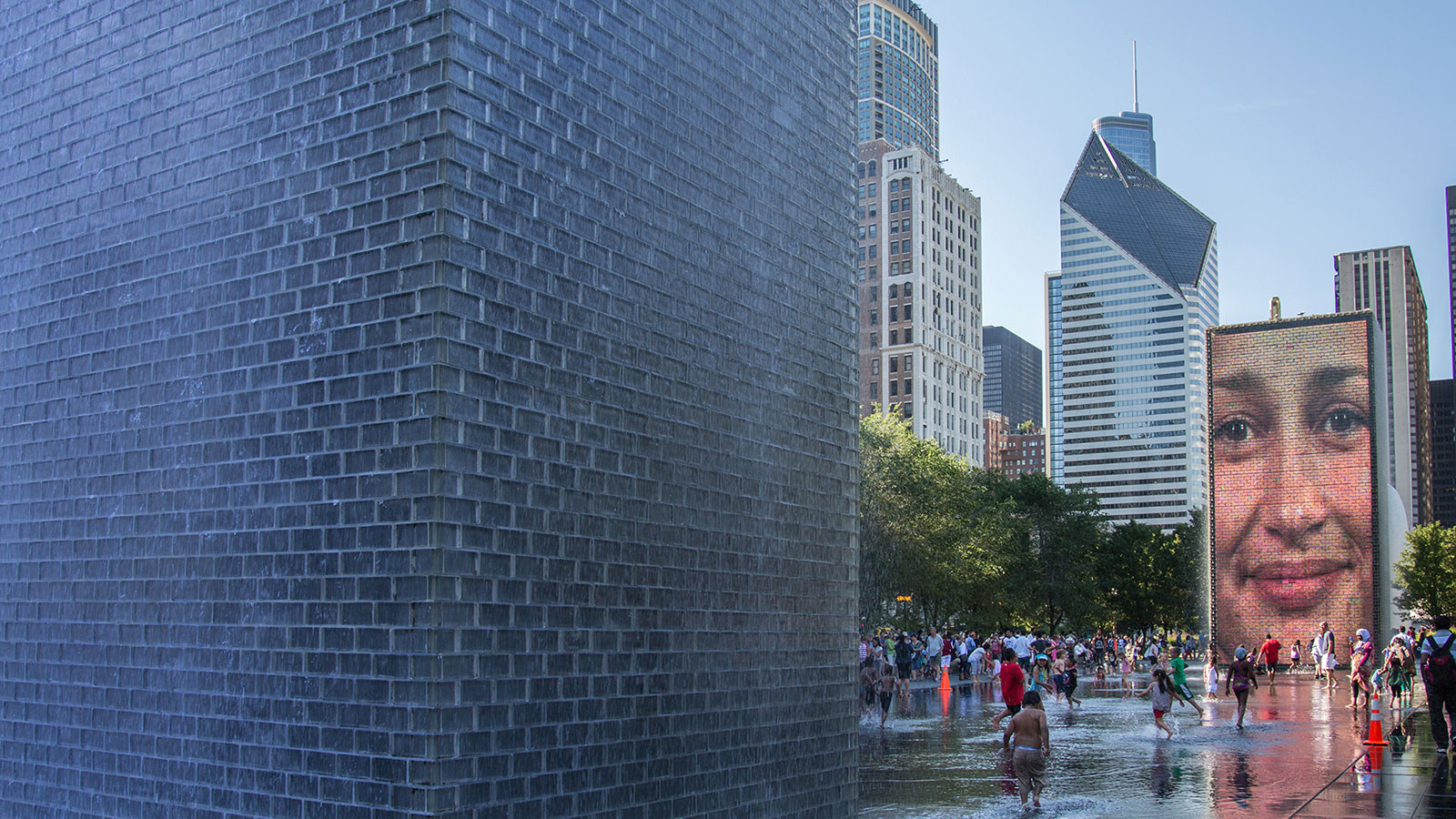 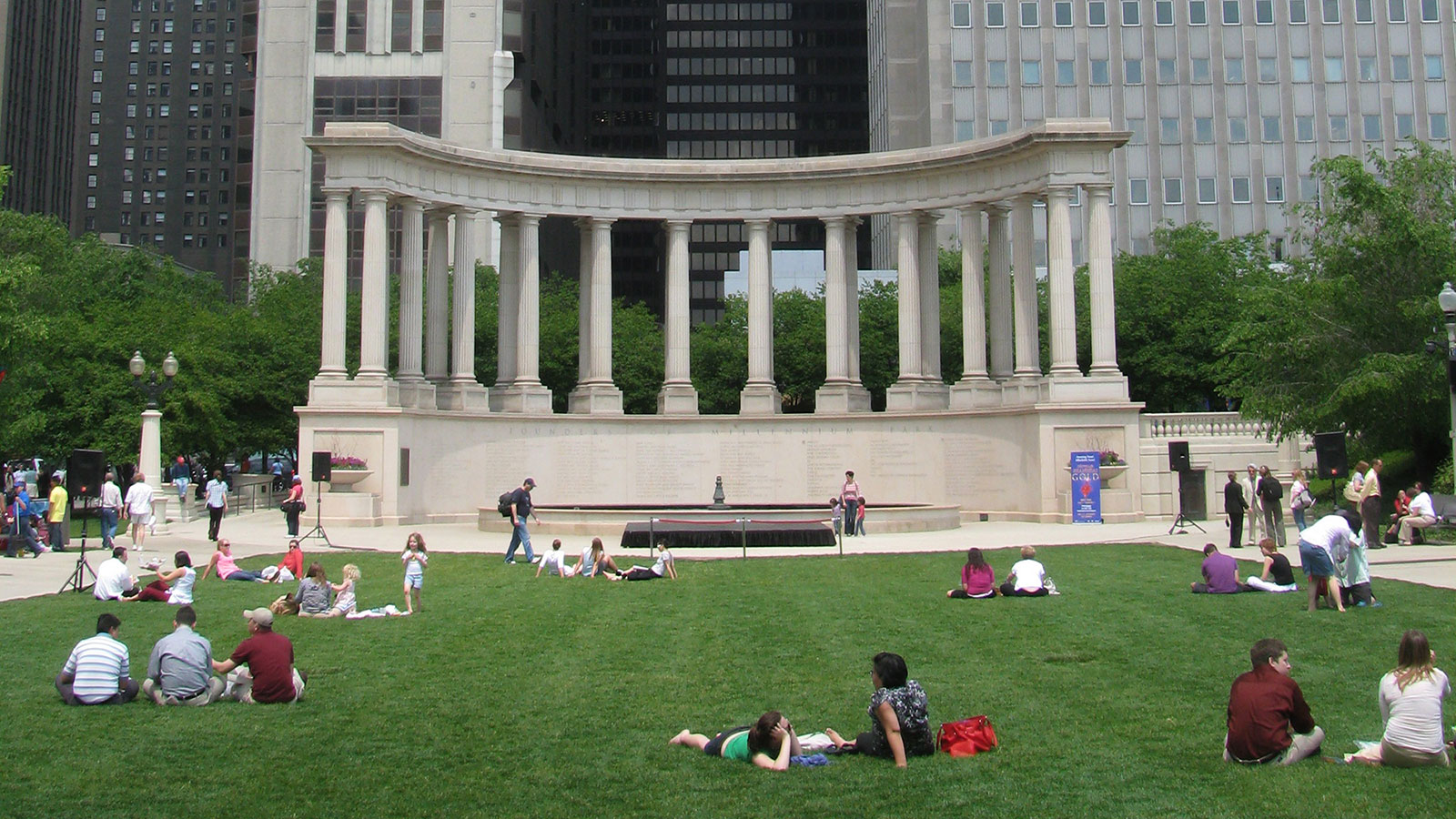 Wrigley Square, on the park's northwest end, houses the Millennium Monument, a peristyle that replicates another monument that stood in this spot in the early twentieth century. Photo credit: TonyTheTiger via Wikimedia Commons

For almost a century, Chicago's Grant Park was divided by the tracks of the Illinois Central Railroad. Grant Park had residents, tourists, one of the world's most famous fountains, and spectacular museums - and an enormous railyard through the middle of it all.

After the railroad stopped using the tracks, the area became an unsightly surface parking lot, and no one thought anything could be done about this scar through one of the city's premiere green spaces.

Then in the mid-1990s, someone decided to look up the original ownership records of the land. It turns out that the railroad had never owned that land after all, just the right to operate tracks there. With the tracks long gone, the Illinois Central faced lengthy litigation to have the property returned to the City. In 1997, they offered the land as a donation instead.

What followed was not the smoothest of planning processes; "Millennium Park" missed its namesake deadline by four years, and the $150 million project expanded to almost $500 million. But despite this rough start, Millennium Park would become one of the most beloved and lauded public spaces in the United States.

The park's design brings together masters from the fields of architecture, landscape architecture, and art. Architect Frank Gehry designed both the Jay Pritzker Pavilion - a permanent band shell - and the BP Bridge - a pedestrian bridge that reflects the band shell's design.

Extensive programming keeps the space lively year-round. Perhaps the most beloved and visible feature of the park is Anish Kapoor's sculpture, formally called Cloud Gate, but nicknamed "The Bean" by Chicagoans.