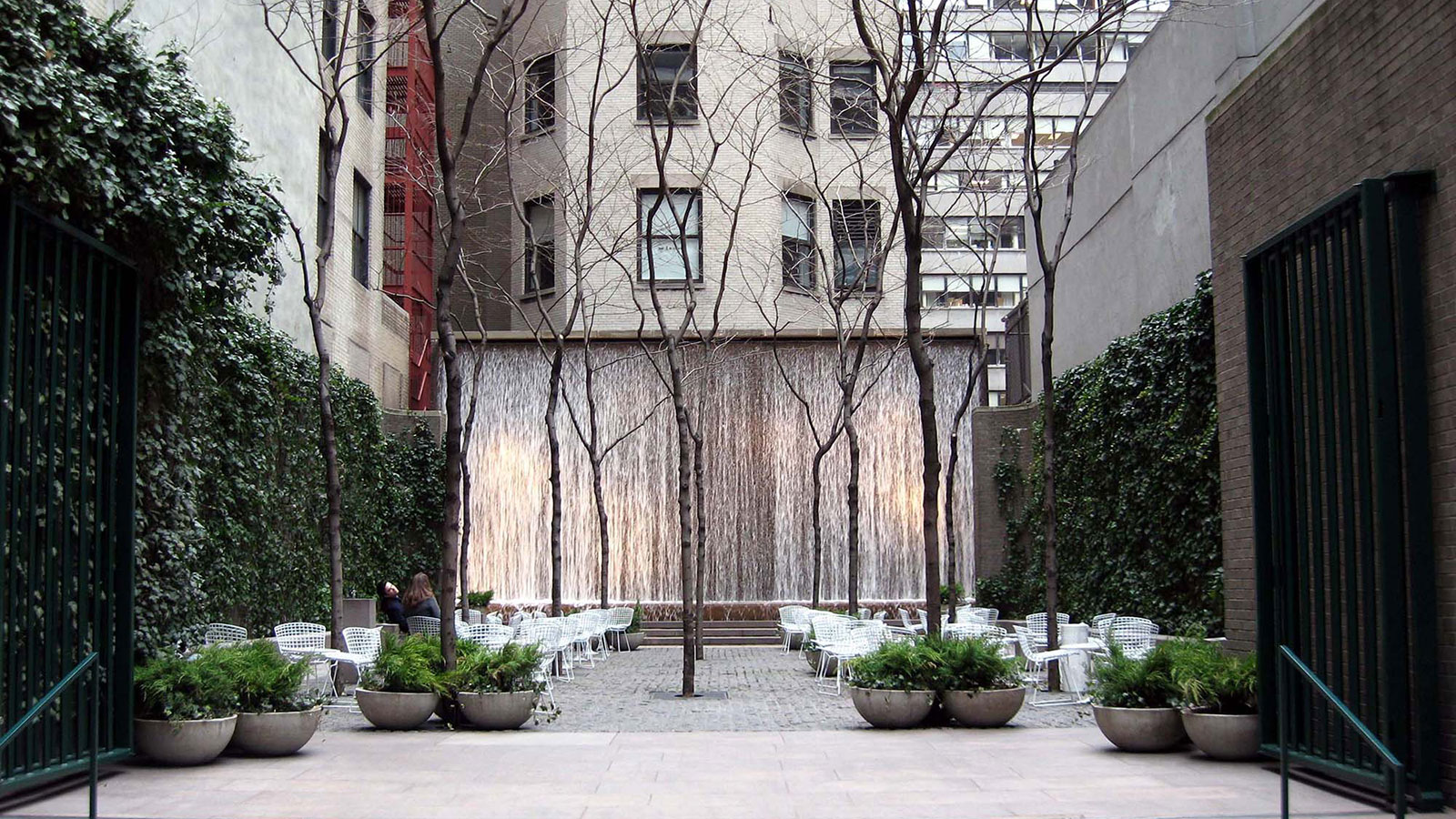 Paley Park was one of the first parks to be dubbed a "pocket park" (and even a "vest pocket park") due to its small size. Photo credit: Jim Henderson via Wikimedia Commons 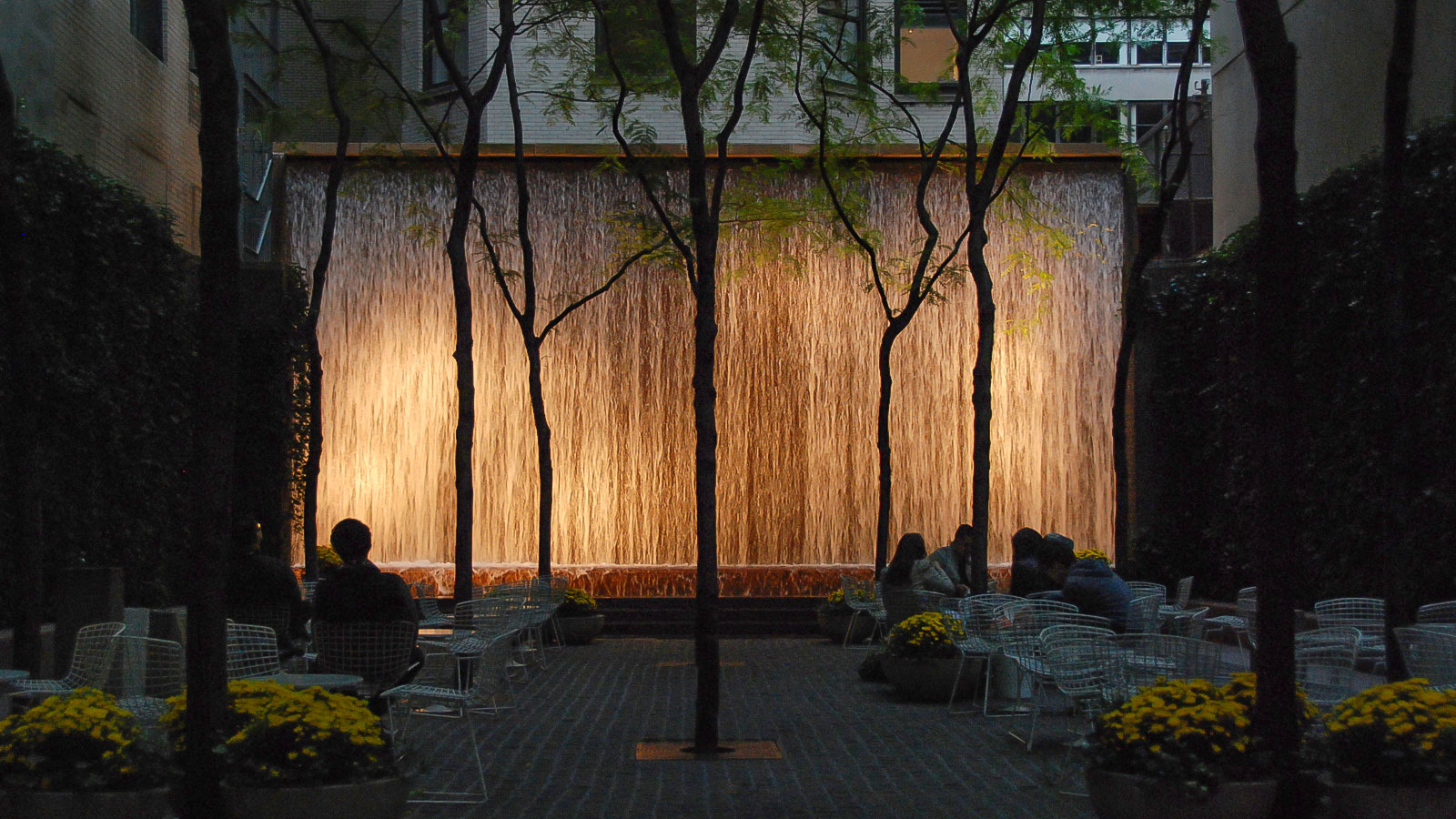 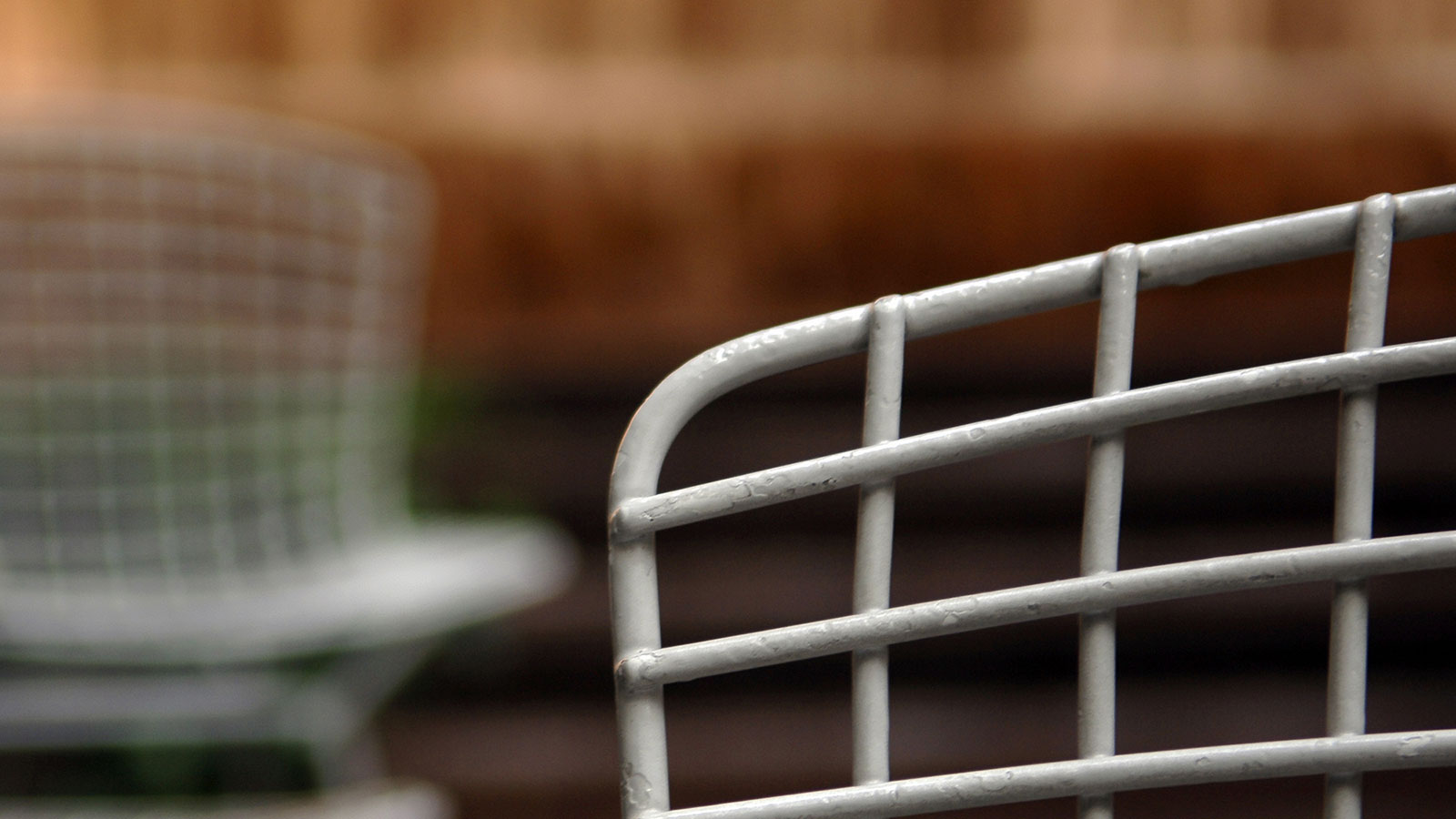 By providing movable tables and chairs, Paley Park encourages visitors to create their own park experience-one of the earliest parks to do so. Photo credit: radcliffe dacanay via flickr

In his groundbreaking 1980 work, The Social Life of Small Urban Spaces, William H. Whyte studied the success of Manhattan's Paley Park. He remarked on the sense of discovery from the street, an "aha" moment when passers-by first notice the park and are drawn in. He found that users feel a sense of ownership because they can arrange movable chairs and tables to suit themselves.

The 20-foot waterfall at the end of the space is visually interesting and provides background noise that covers the usual sounds of traffic and hubbub. Whyte says that these features would lead people to describe it as one of the "pleasantest, quietest, least crowded places in New York" - even when it was packed with people and the waterfall was drowning out street sounds.

Paley Park works all the better because of its tiny size. It was constructed on a 42-foot by 100-foot urban lot, which was once the site of New York's fabled Stork Club. Because of its small size, it is known as a "pocket park" or a "vest pocket park," and it was one of the first and best examples in America.

The park is even more significant because it is entirely private. It was developed and funded by William S. Paley, the executive who built CBS and controlled it for more than half a century, and named in honor of his father, Samuel Paley.

Paley Park opened in 1967 and remains privately owned and managed for the benefit of the public.