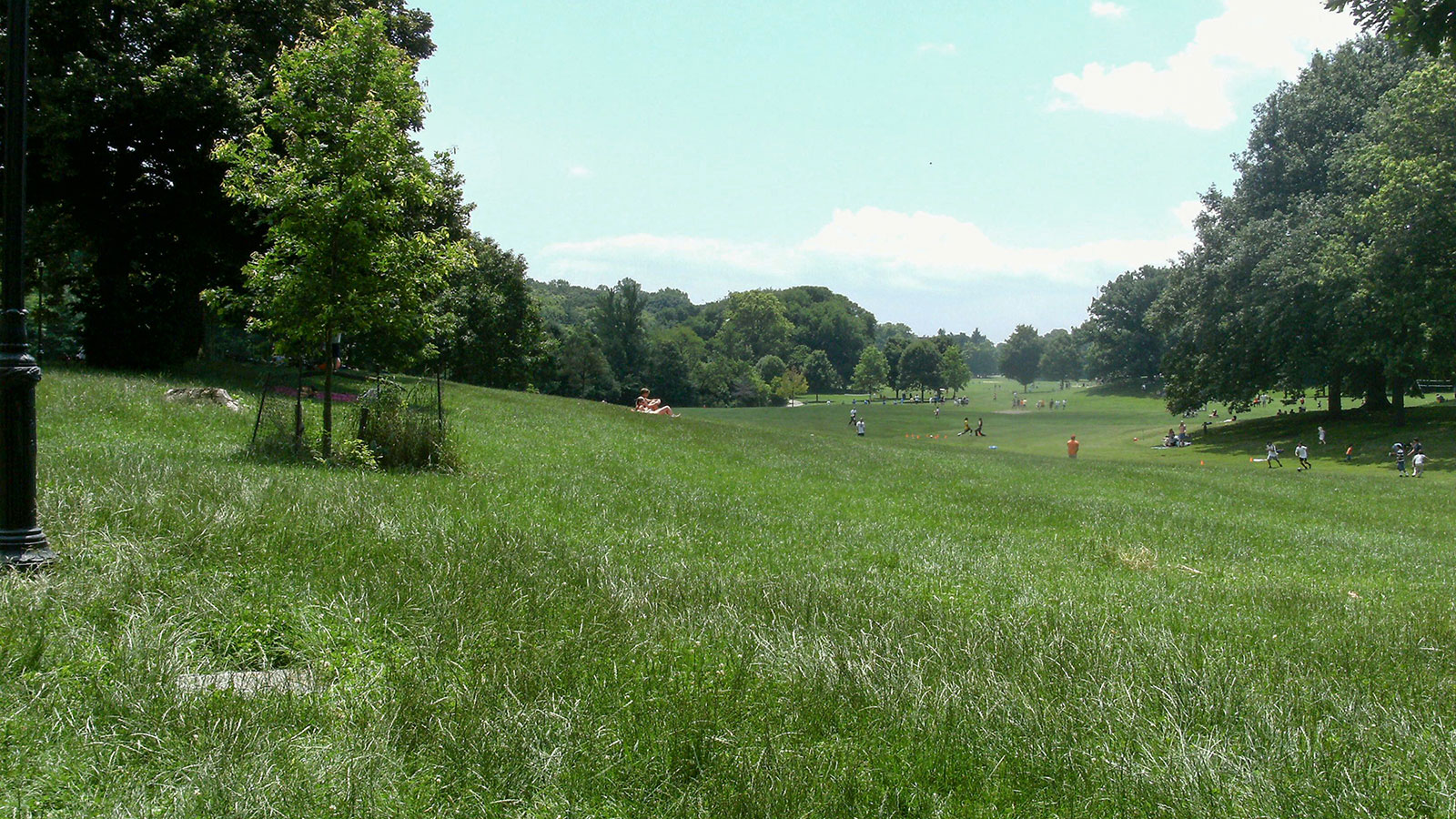 Prospect Park is used by millions of visitors every year. Photo credit: Yusuf C via Flickr 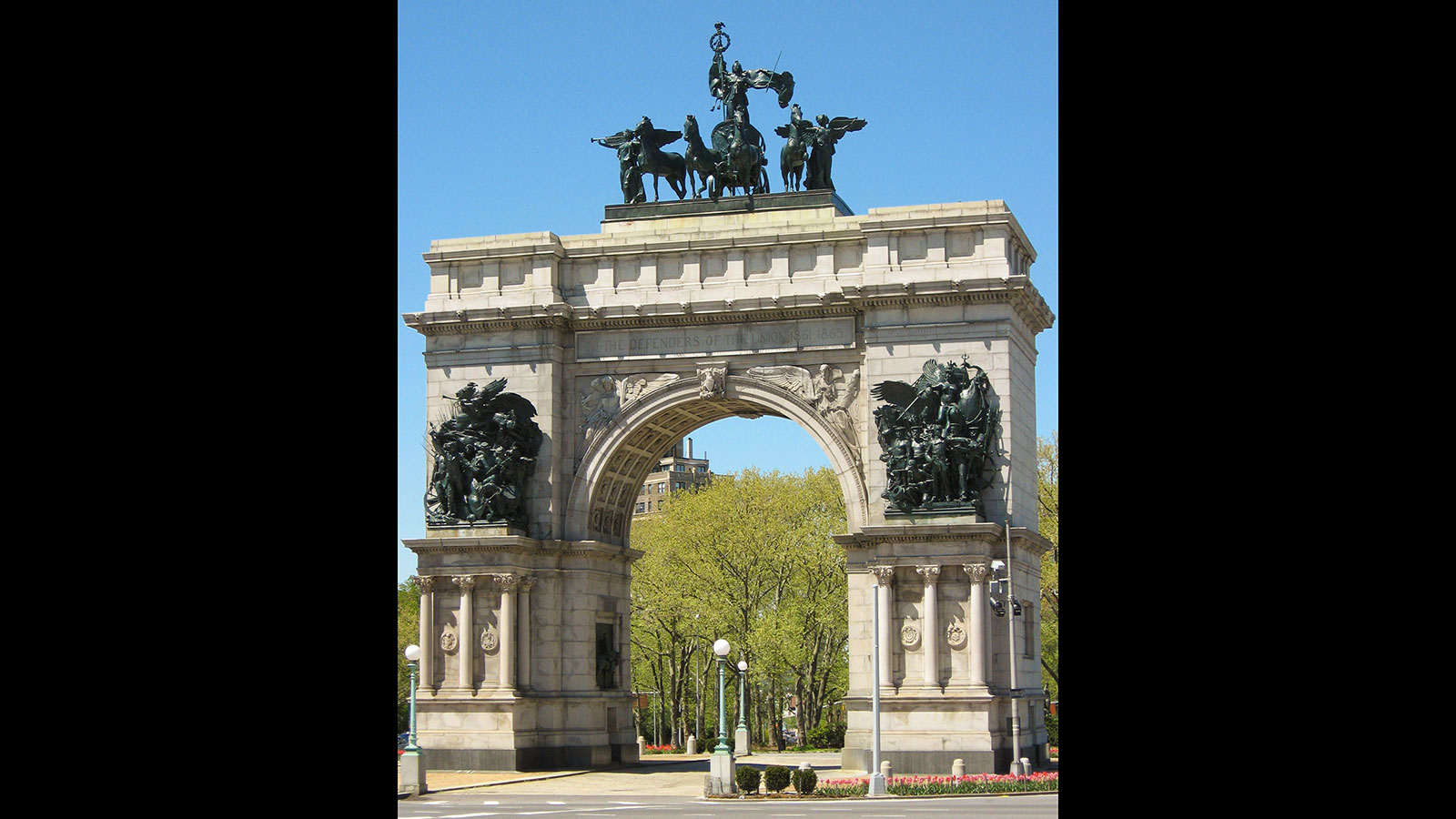 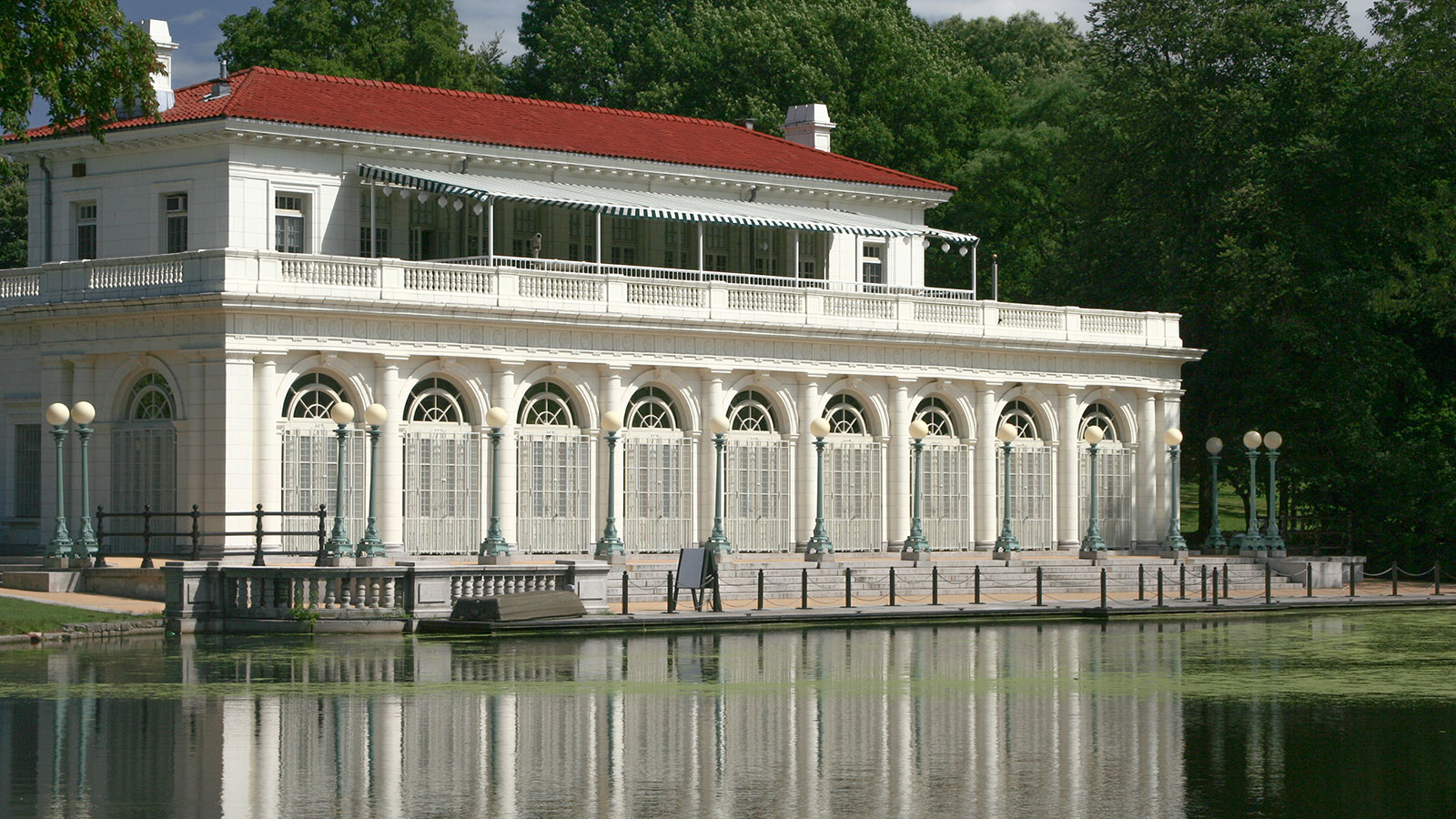 The 1905 Boathouse was scheduled for demolition in 1964. Its rescue was considered an early victory for the historic preservation movement. Photo credit: Photo by Ben Franske via Wikimedia Commons 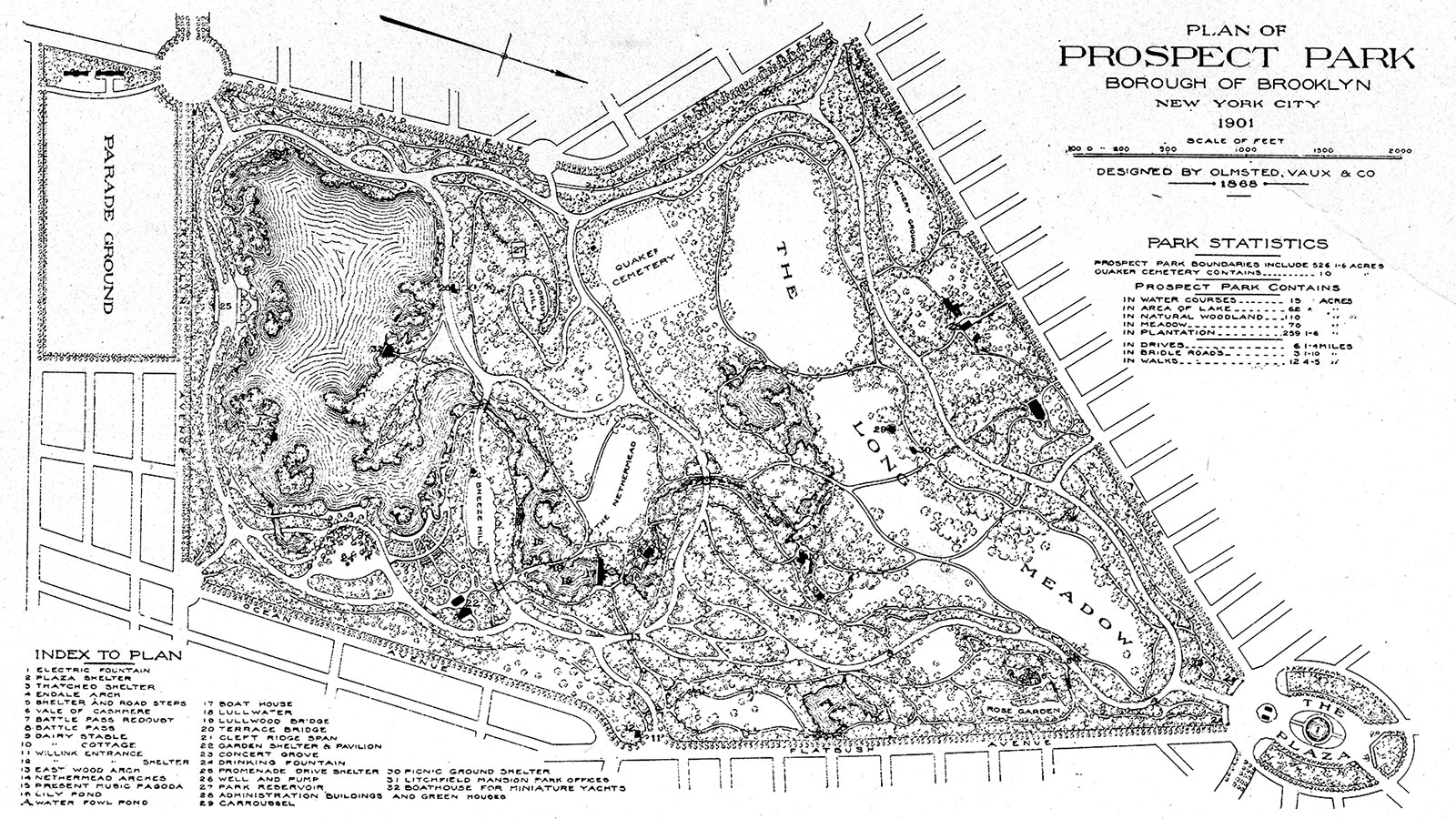 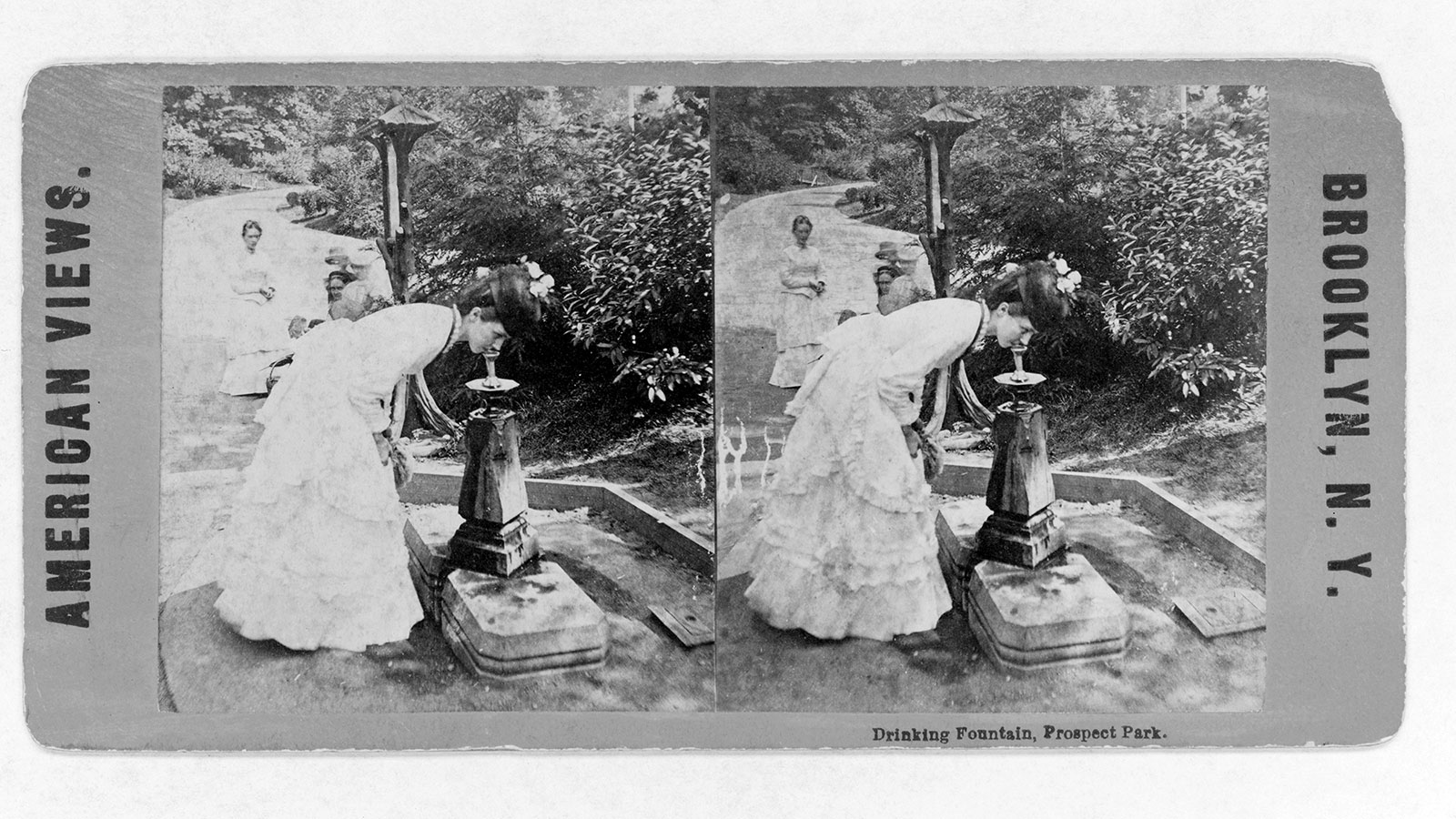 A public drinking fountain in Prospect Park, circa 1870. Photo credit: Library of Congress

While New York City was beginning the process of clearing and construction for Central Park, its neighbor Brooklyn, which did not consolidate with New York until 1898, was trying to catch up. The City of Brooklyn appointed its first Parks Commission in 1860, headed by civic leader James Stranahan.

The Civil War's turmoil brought planning to a halt, but when the war ended, Stranahan recruited Calvert Vaux, who brought in Frederick Law Olmsted. Their plan for a centerpiece park was approved in 1866. If Central Park introduced the elements of an American landscaped park, Prospect Park codified the sections and proved that the formula could be repeated.

First, there was a large lawn, called the Long Meadow, set at the eastern end of the park. A man-made lake was set at the opposite end. Between them was a naturalistic wooded area that would afford pleasant walks and dramatic views. Unlike Central Park, Prospect Park had a dramatic natural setting to work with.

Prospect Park entered a second phase in its design in the 1880s, when prevailing tastes turned to Neoclassical style and formal memorials. Grand Army Plaza at the southeast end of the park was reimagined as a monumental formal entry. By 1915, the park was filled was small buildings resembling temples and villas.

The 1930s saw alterations and additions funded by the WPA and powered by Park Commissioner Robert Moses's corps of unemployed architects and relief workers. In this period, the Prospect Park Zoo replaced the earlier Menagerie, and the band shell and several playgrounds were constructed.

Today, the park is maintained and operated by the Prospect Park Alliance, a nonprofit group founded in 1987. More than ten million visitors enjoy the park each year.