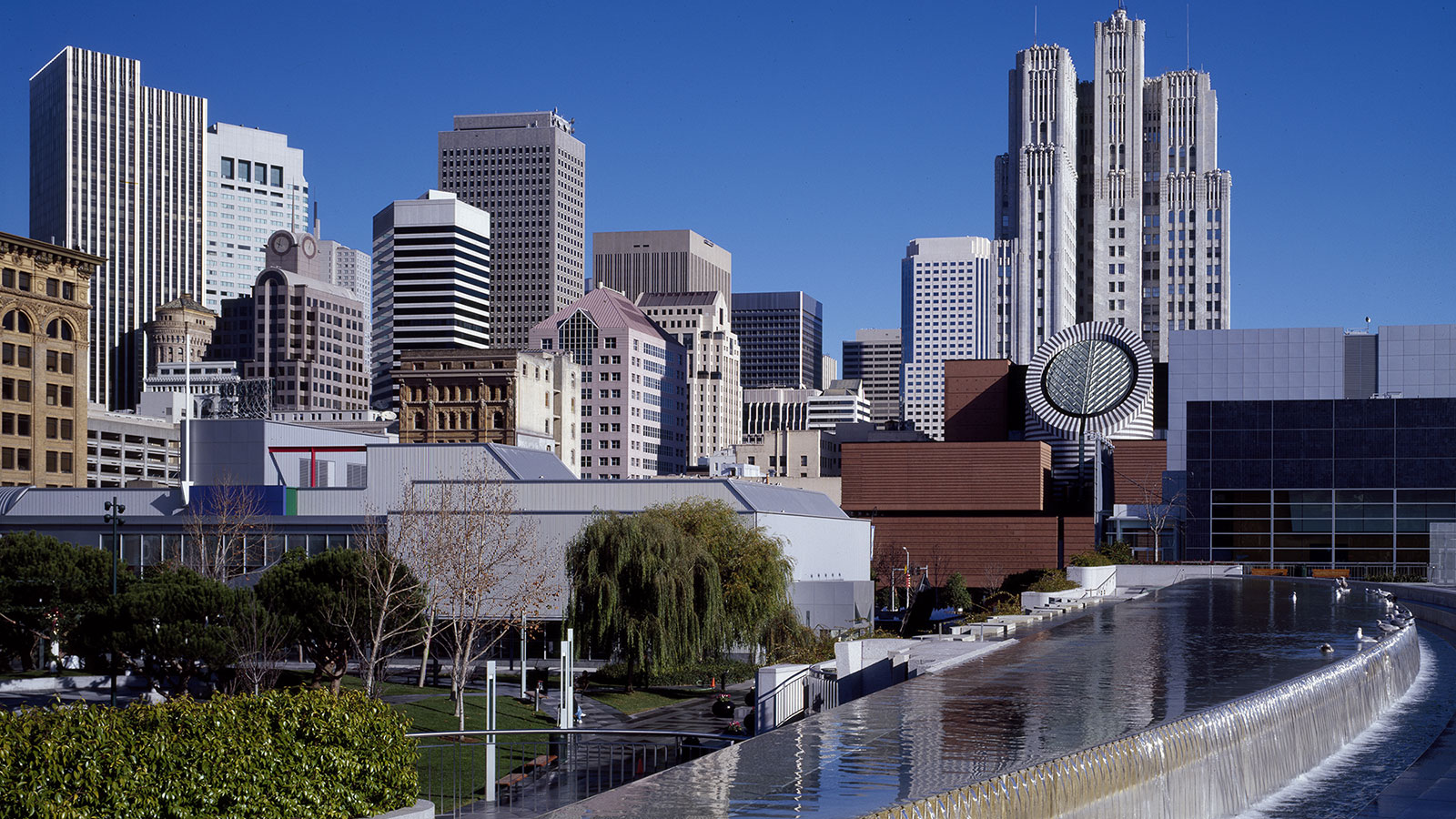 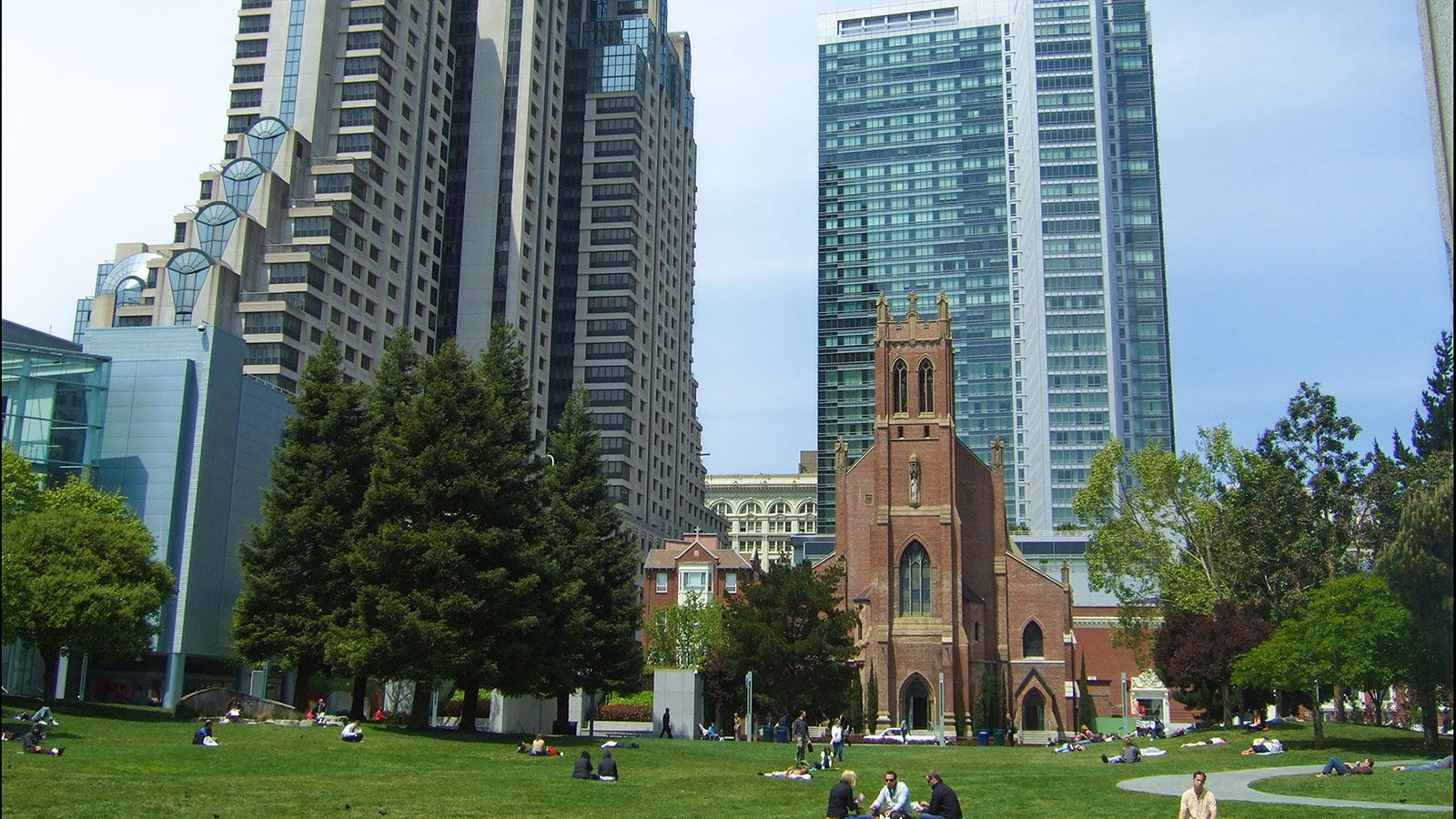 A central lawn, called the Esplanade, serves as a commons for local residents and tourists. Photo credit: Sebastian Wallroth via Wikimedia Commons 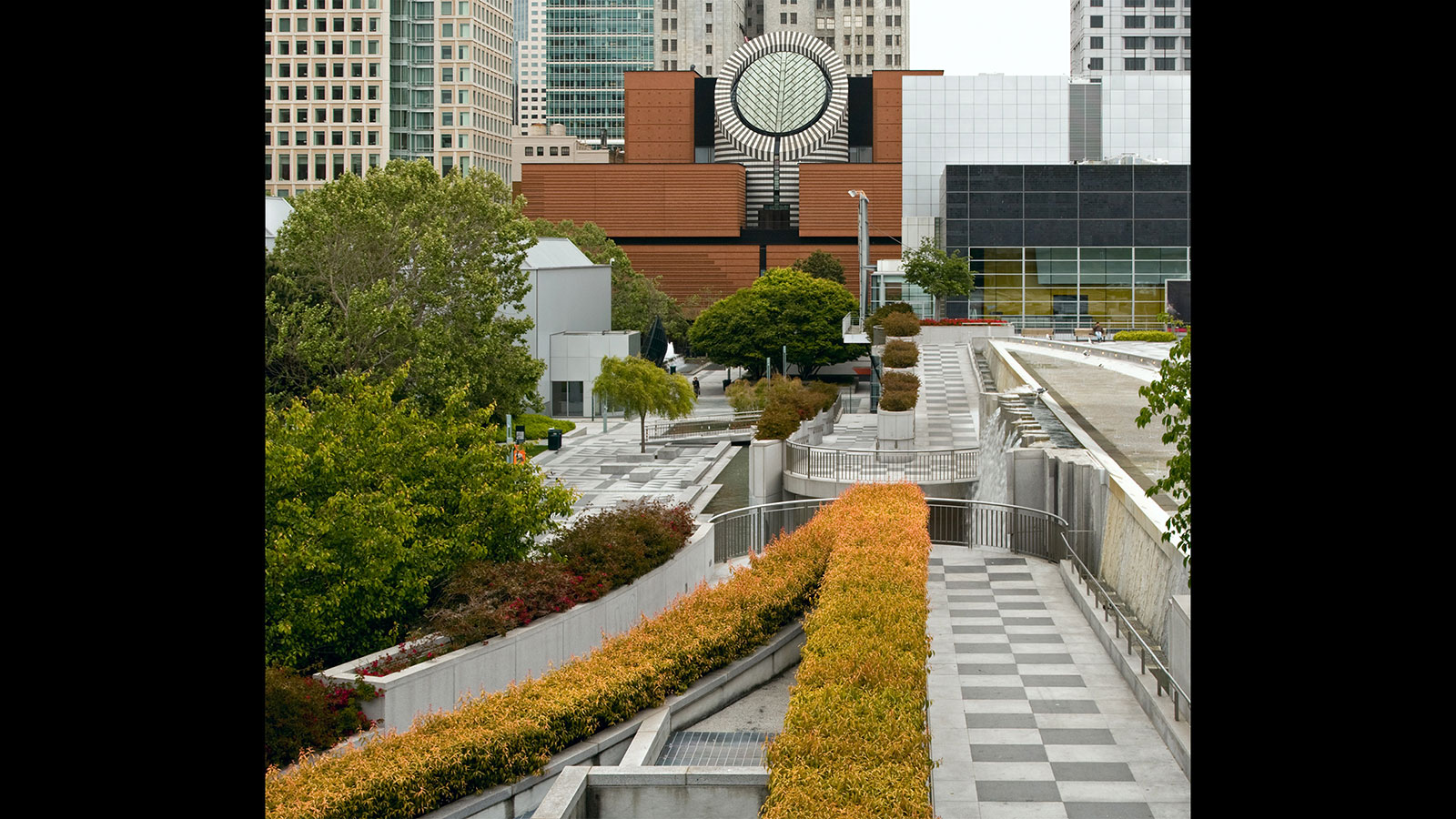 The Museum of Modern Art and the Yerba Buena Center for the Arts are two of the cultural institutions gathered in the park. Photo credit: JaGa via Wikimedia Commons 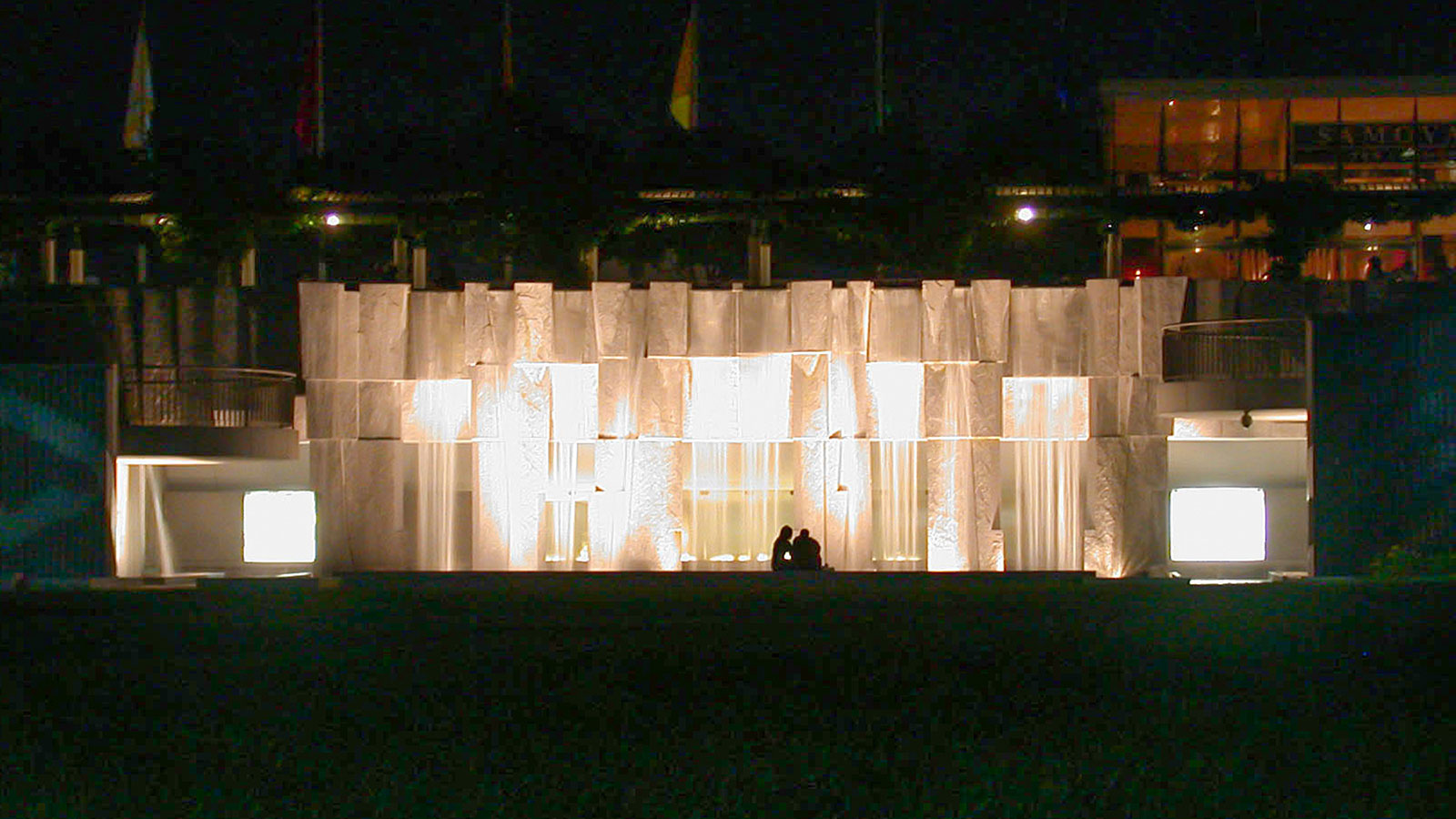 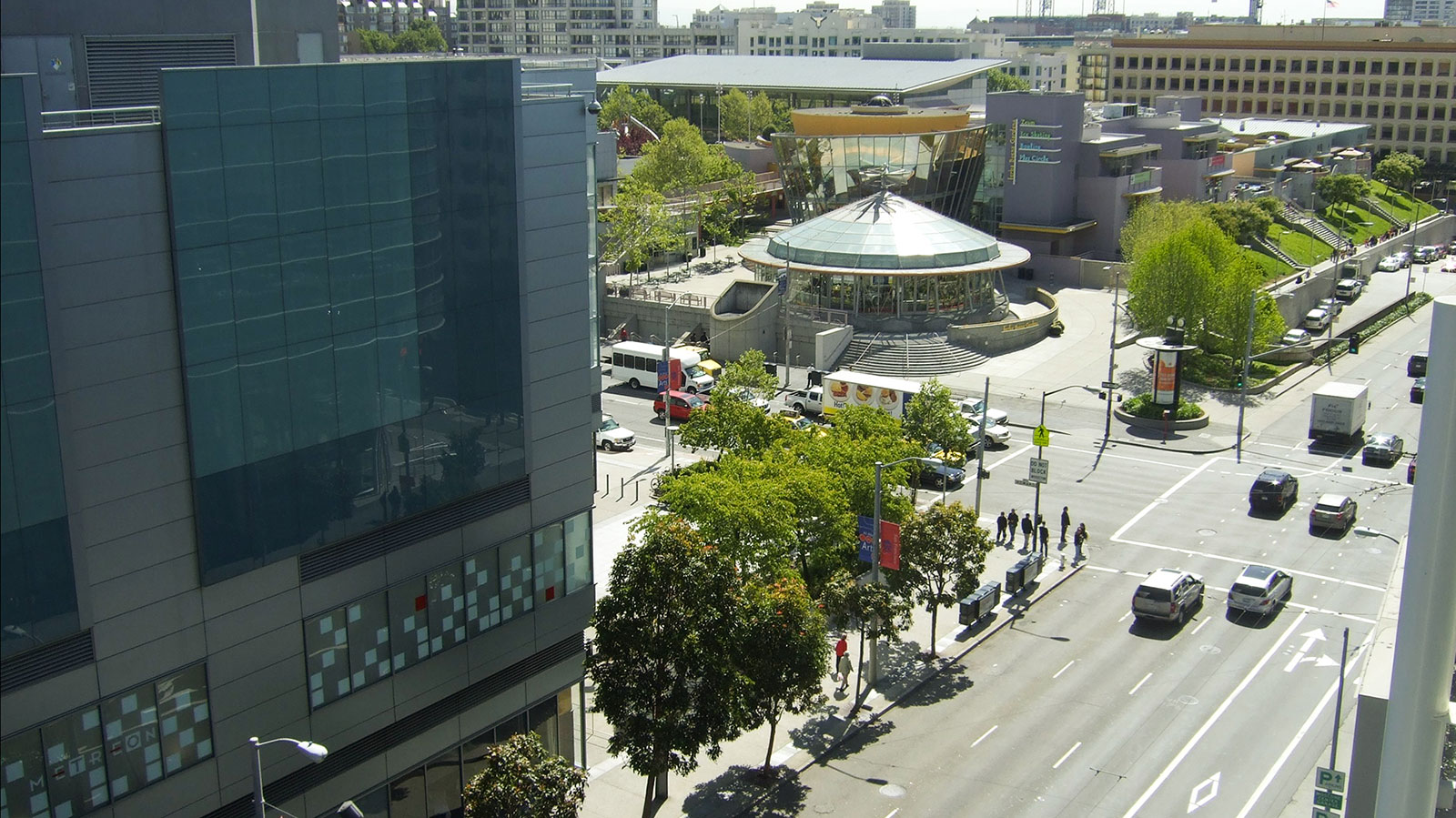 From the 1950s through the 1970s, cities across America experimented with land clearance and urban renewal. Often with federal subsidies, cities removed older residential neighborhoods - typically areas that were at once both decrepit and historic- a nd displaced existing residents.

San Francisco's Yerba Buena Gardens is built on one such area. The story of Yerba Buena is one of organized resistance to the old urban renewal model and its goal of replacing people with an extension of the financial center.

The "South of Market" neighborhood was gritty and poverty-stricken in the 1960s. Jobs had disappeared when the port moved, and residential hotels housed a high percentage of the population. No one called the area "SoMa," as it is known today. Four thousand people were living in the blocks targeted for clearance.

By the end of the 1960s, San Francisco's redevelopment agency had purchased nearly half of the land in the targeted blocks. A group called TOOR (Tenants and Owners in Opposition to Redevelopment) formed to pursue legal action. Through the lawsuit and settlement process, TOOR was able to secure promises from the redevelopment agency to replace some of the housing being demolished.

In the mid-1970s, with development stalled, Mayor George Moscone convened a committee to develop a new plan for the district. Subsidized low-income housing was a keystone of the new plan. The convention center expansion planned for the site was moved underground, freeing up land for public use. The vision was expanded to include a park surrounded by retail and residential uses, as well as museums and cultural institutions.

The first block of Yerba Buena Gardens opened in 1993 and the second in 1998. A large central lawn, called the Esplanade, ties together acres of gardens, public art, memorials, and institutions. Not everyone got everything they wanted in South of Market, but everyone got something - and the result is a vibrant neighborhood centered around lively gardens that act as a magnet for residents and tourists alike.