Housing units in Greenbelt sharply contrasted with the tenements many residents had left behind. Photo credit: Santos Ramos

A focus on pedestrians was core to Greenbelt's approach. Photo credit: Santos Ramos

Pedestrians were separated from cars by footpaths that wound through the neighborhood and passed under the streets. Photo credit: Santos Ramos

Amenities such as a swimming pool added appeal to life in Greenbelt. Photo credit: Santos Ramos

In the late nineteenth century, America's cities were expanding rapidly, and they didn't always handle the challenges of rapid growth well. Places such as New York, Boston, and Chicago became increasingly dense, dirty, and even dangerous. 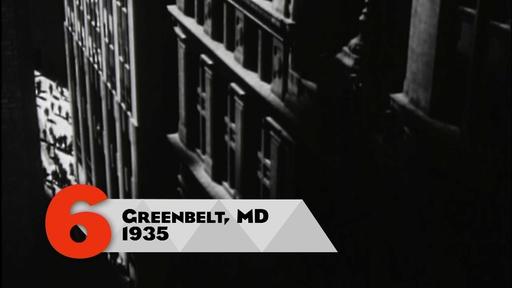 Looking for a solution to the many urban problems of the day, architect and planner Clarence Stein evolved a new and idealistic vision of a city: one that he believed combined the best aspects of town and country, with fresh air and green space.

Inspired by some early prototypes in Great Britain, visions of a "Garden City" began to take hold. Working with Franklin Delano Roosevelt's New Deal, Stein created the first of these garden cities on American soil, in the form of a public housing development on 600 acres of former tobacco farmland outside Washington, DC. 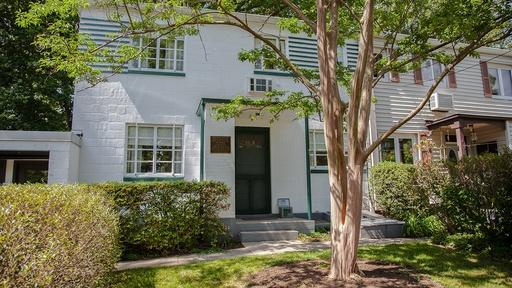 To separate cars from pedestrians, Stein placed roadways on the edges of groups of homes, creating "superblocks" of housing units divided by swaths of green space where families could gather and children could ride a bike or play safely, unthreatened by motor traffic. Cul-de-sacs further calmed traffic and made for quiet, safe spaces.

In addition to the design of the physical space, social engineering also played a role. A community center, or "co-op," brought residents together in endeavors including a grocery store, newspaper, and credit union. A swimming pool, movie theater, shops, and other amenities added to the new community's appeal. More than 5,000 hopeful residents filled out applications for the first 885 homes.

On Eleanor Roosevelt's endorsement, Greenbelt was featured at the 1939 World's Fair, where a short film told the story of a place where "Safe streets and quiet neighborhoods are not just matters of good luck, they're built into the pattern and built to stay there."

But not everyone was welcome. For its first decade, Greenbelt accepted white families only, until a Supreme Court decision declared racial segregation illegal.

As it turned out, the "Garden City" vision would not displace urban life. Just three of Stein's 25 designs were built. And by the 1950s, the community's cooperative projects were seen in a negative light, thanks to the fear of Communism.

But the combination of green space, cul-de-sacs, and other innovations influenced suburban developments for decades to come. 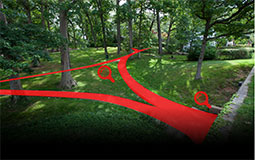