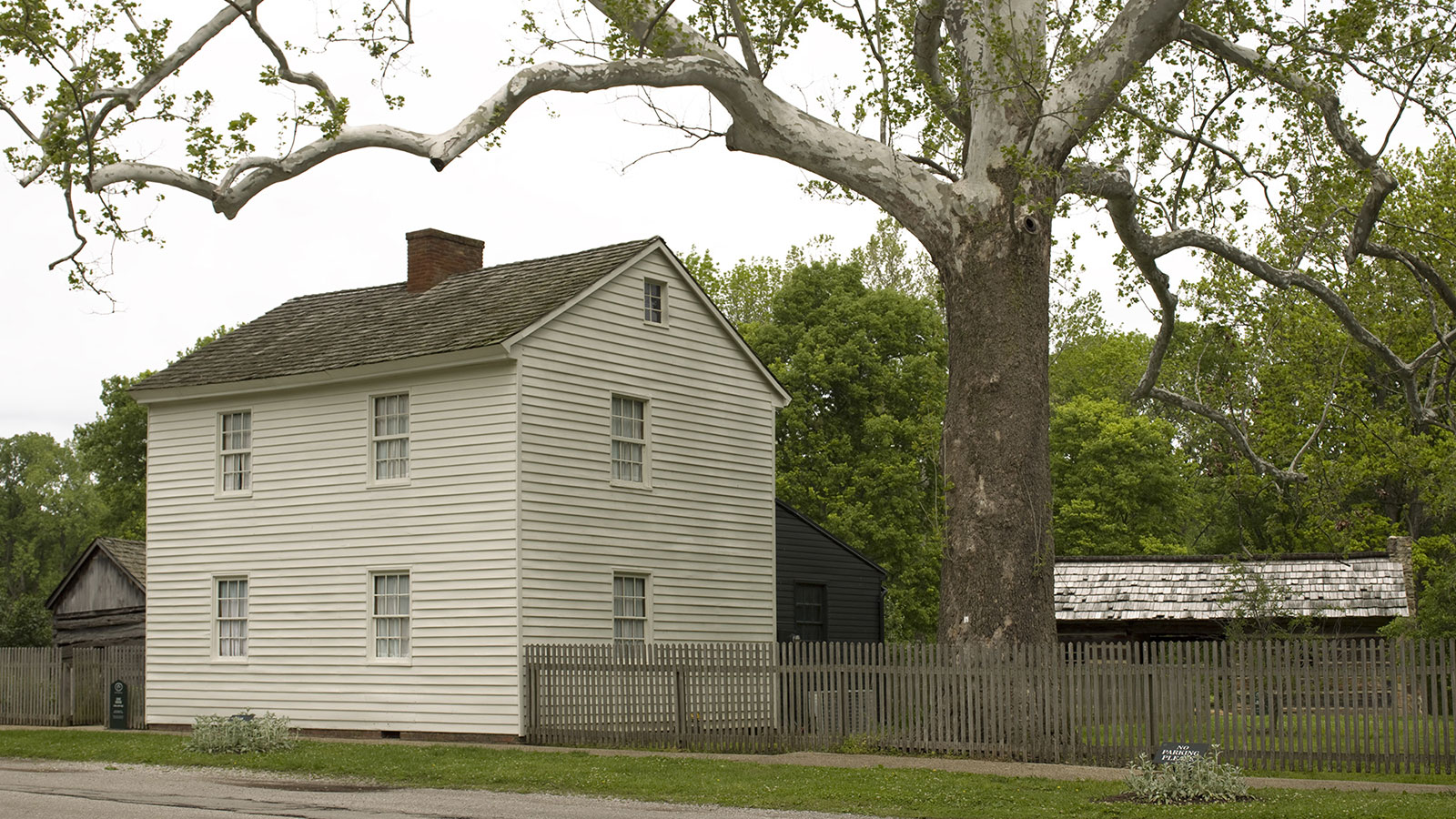 Built circa 1820 by one of the original Harmonist families, the David Lentz House is open for tours. Photo credit: Carol Highsmith / Library of Congress 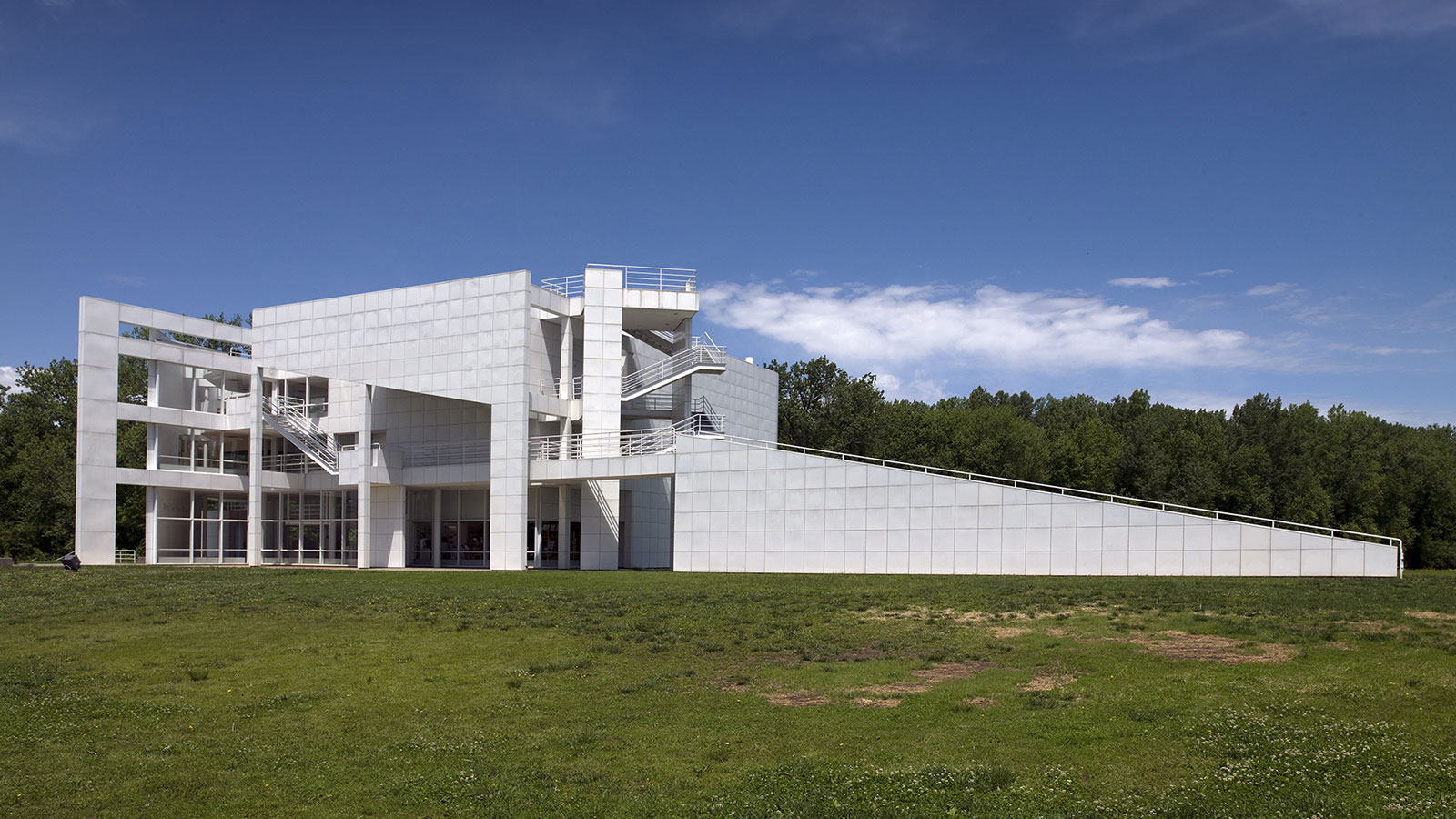 The Atheneum, built in 1979 from designs by international superstar architect Richard Meier, serves as a visitor center for the restored historic community. Photo credit: Carol Highsmith / Library of Congress 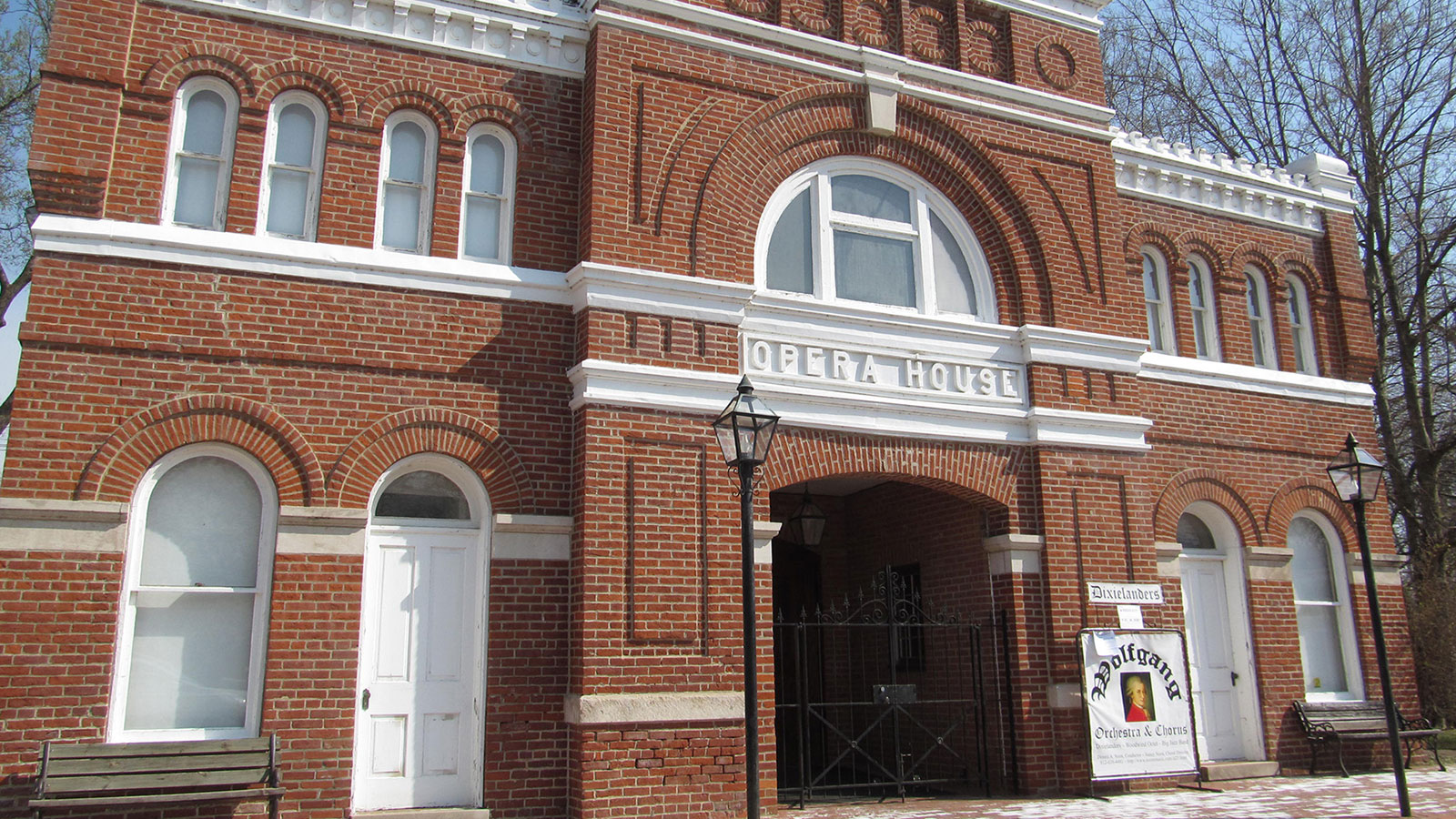 The building that became Thrall's Opera House was originally constructed in 1824 as one of four dormitories used by the Harmonists. Its façade received a Victorian facelift when it became a theater. Photo credit: Doug Kerr via Flickr 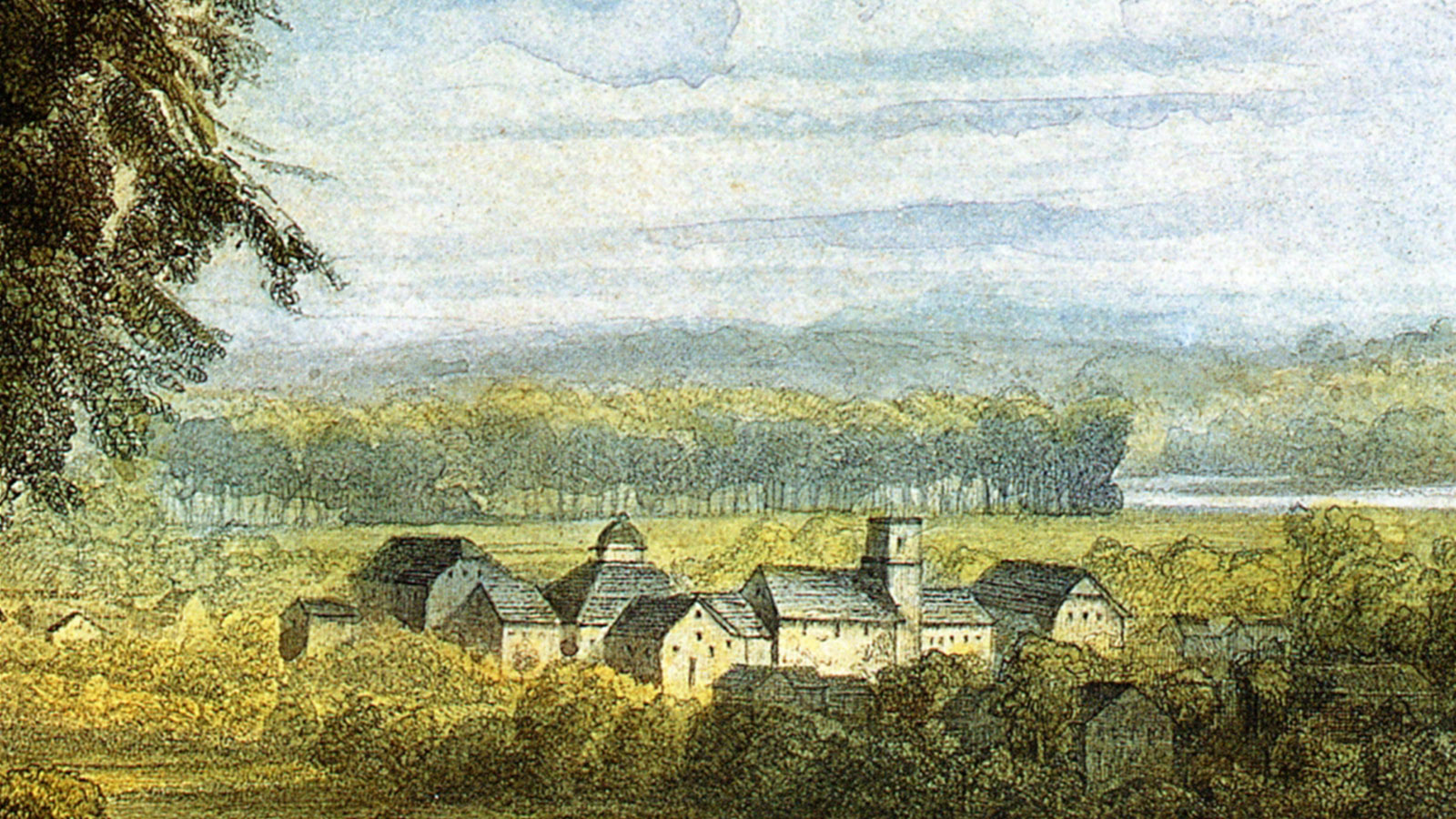 Next Town: The McMillan Plan for the DC Mall >

Harmony, Indiana was founded in 1814 by the Harmonists. This small offshoot of German Lutheranism held tenets of piety, industry, and communal property that proved to be a potent formula for success.

Led by George Rapp, the Harmonists came to the Indiana Territory from Pennsylvania and built their town from scratch. When they left ten years later, the completely self-sufficient commune had mills to process grain, wood, cotton, and wool; tanneries and factories to create finished products; a church, a school, and a store. Most residents lived in dormitories, simple log cabins, or timber-framed houses.

Though the settlement was self-sufficient, its success was limited by its distance from eastern markets. Within a decade, the Harmonists had moved back to Pennsylvania. There, on a site close to Pittsburgh, the commune became a major industrial force in the mid-nineteenth century and did not dissolve until 1903.

In 1825, the entire town of Harmony was sold to a wealthy Scottish industrialist named Robert Owen. He rechristened the town "New Harmony," and the name stuck. Owen's Utopian vision included a society based on communal service, where social equality and individual enlightenment would be achieved by an emphasis on education and work.

The experiment failed within a few years, but the reformers and intellectuals Owen had recruited to the cause made lasting contributions to the natural sciences and public service.