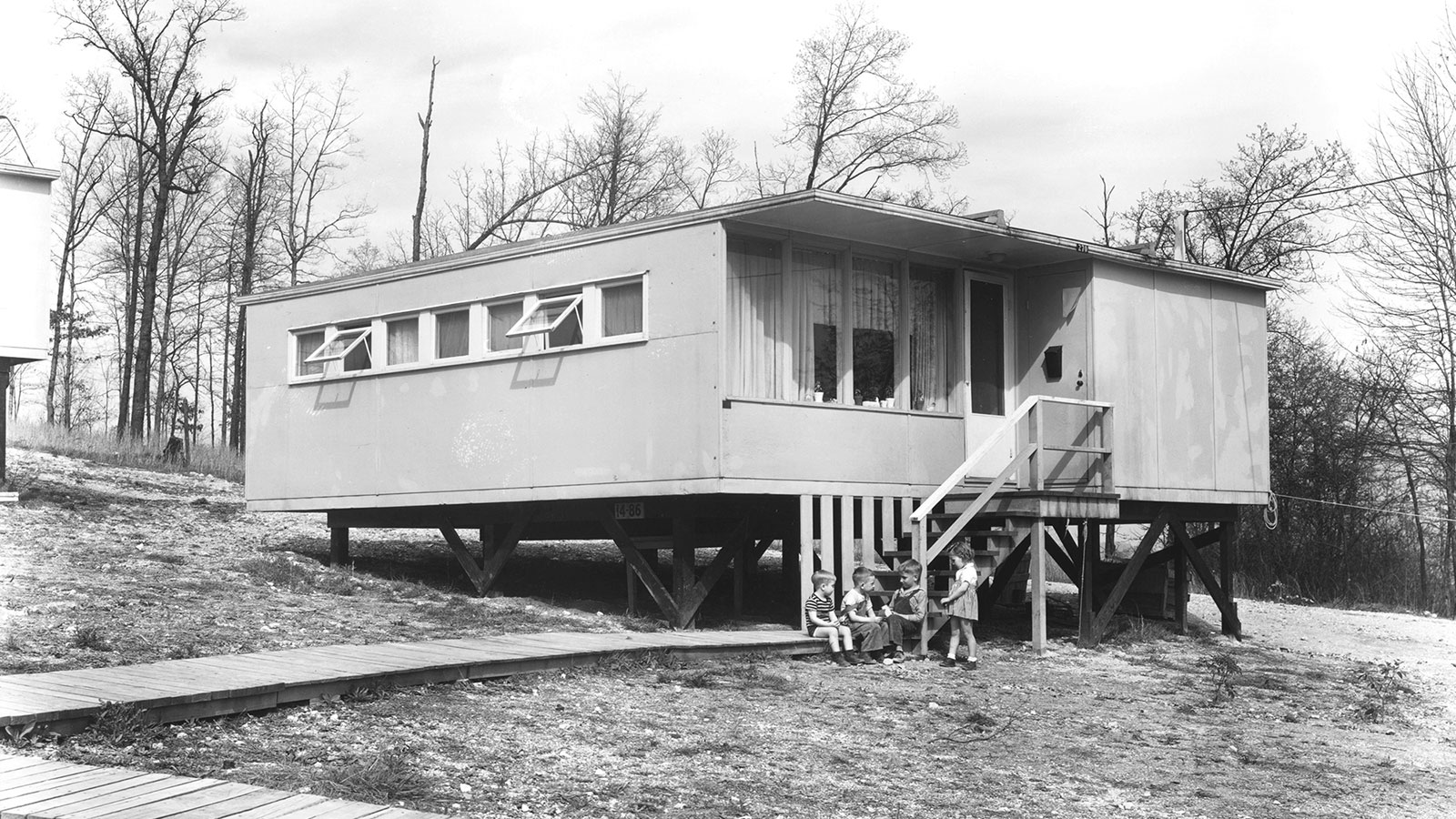 The town of Oak Ridge, Tennessee was a "secret city" built for Manhattan Project employees and their families. Photo credit: Department of Energy 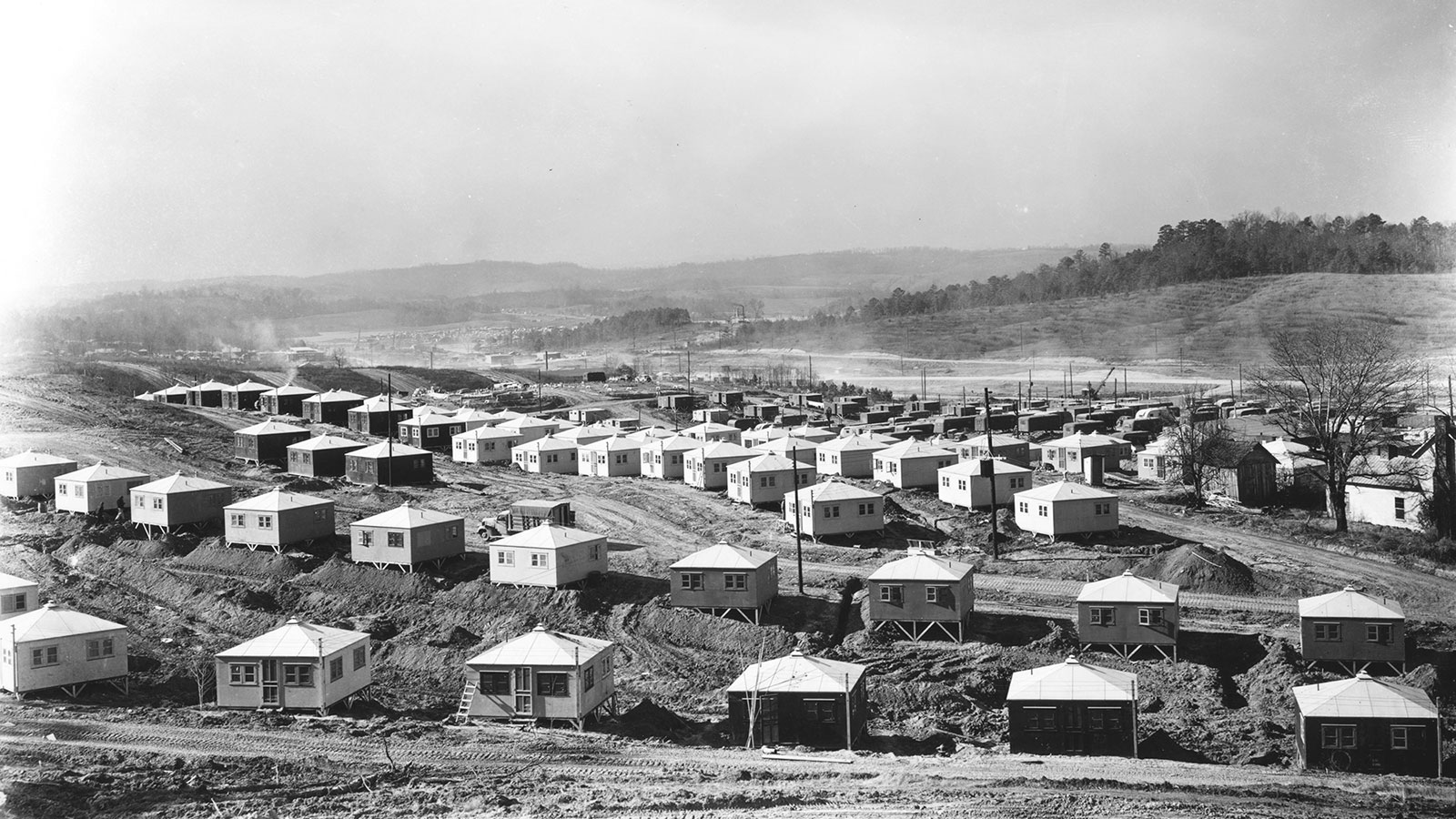 Prefabricated houses were assembled on unpaved, curving streets. Residents reported that when they visited nearby Knoxville, people there could always tell where they were from by the mud on their cars and boots. Photo credit: Department of Energy 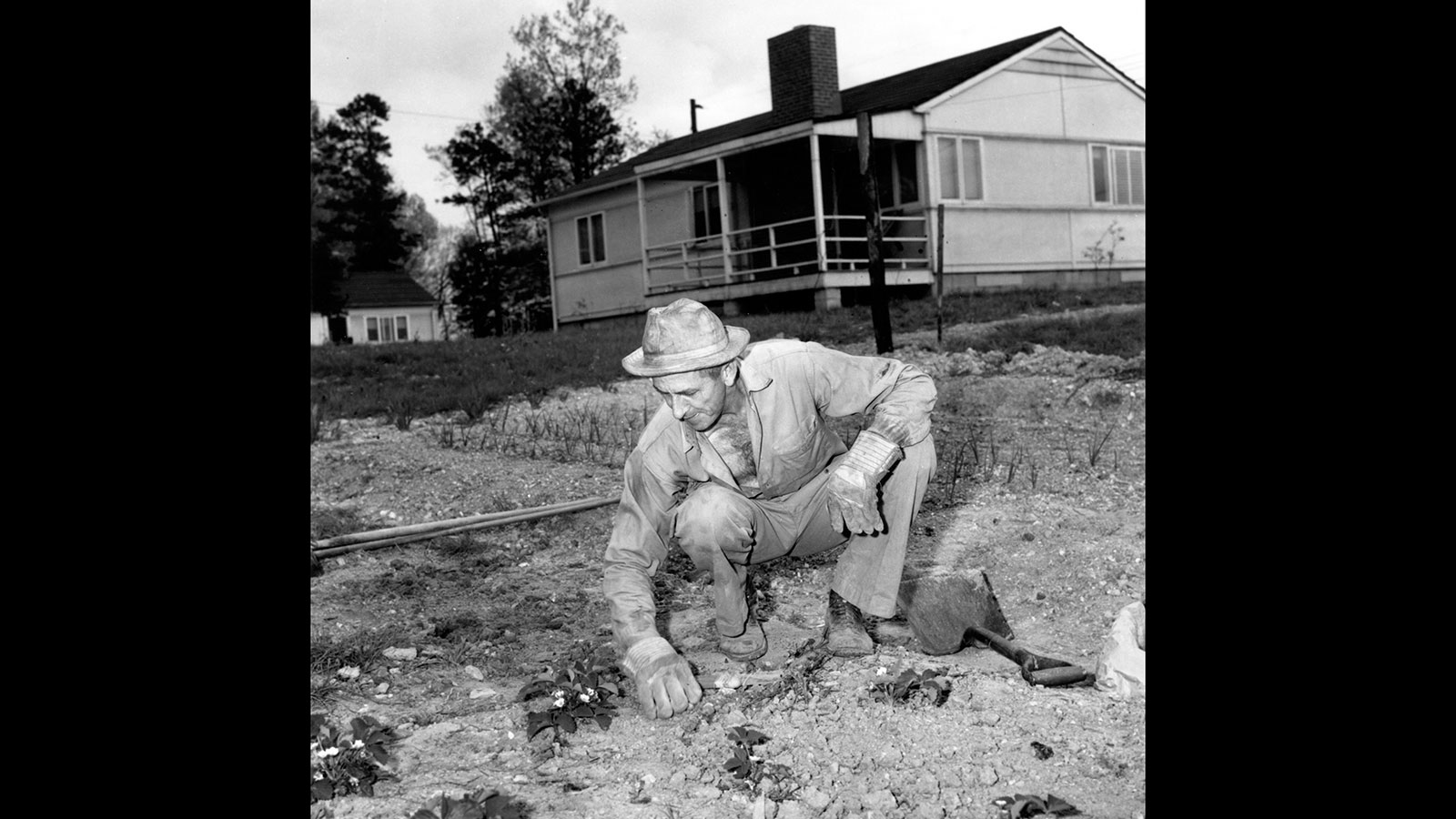 The first 3,000 houses at Oak Ridge were prefabricated "cemesto" houses developed by the John B. Pierce Foundation. Photo credit: Department of Energy 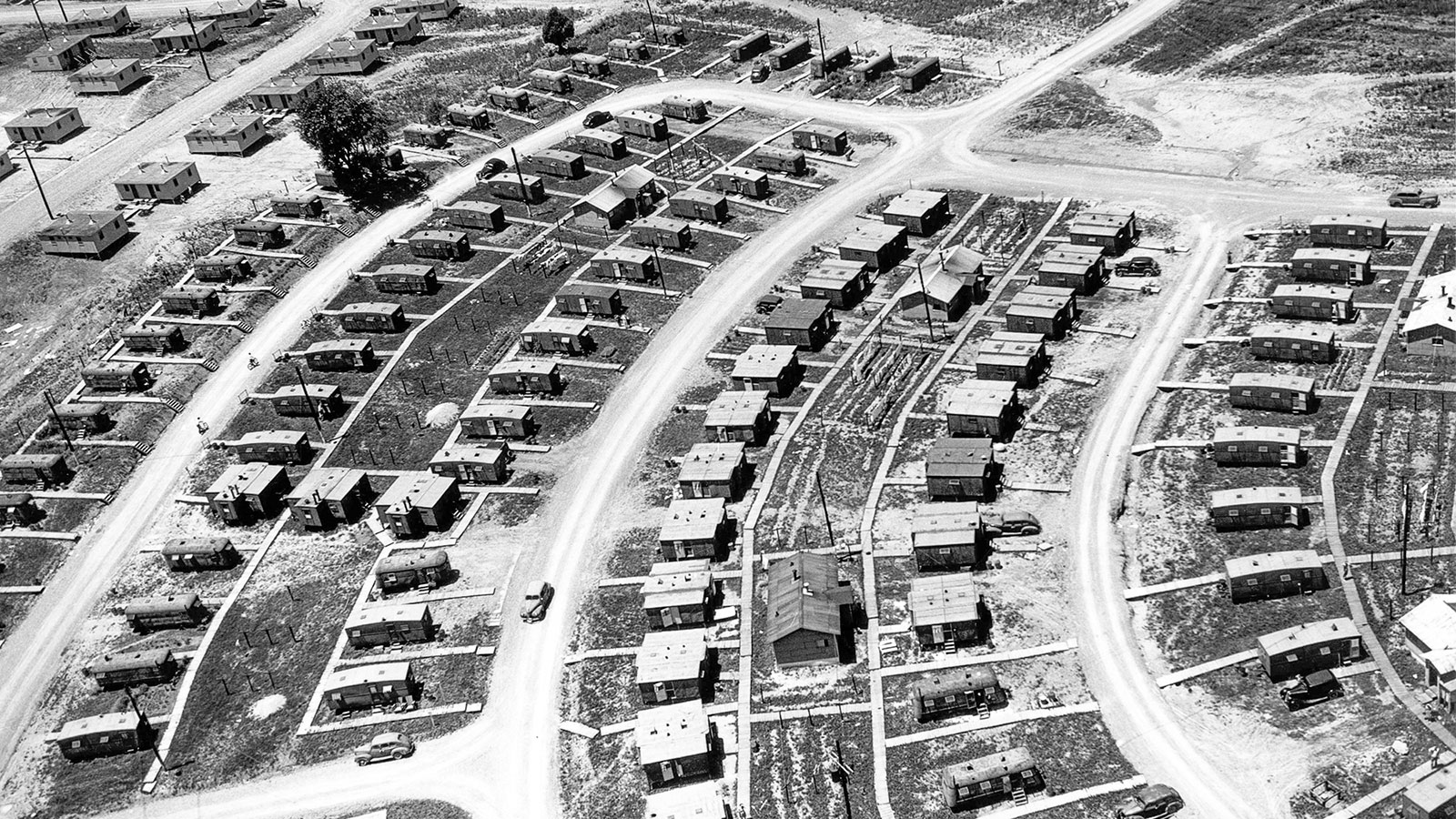 The architecture and planning firm of Skidmore, Owings & Merrill designed Oak Ridge from the ground up, with curving streets between two parallel arterial roads. Photo credit: Department of Energy 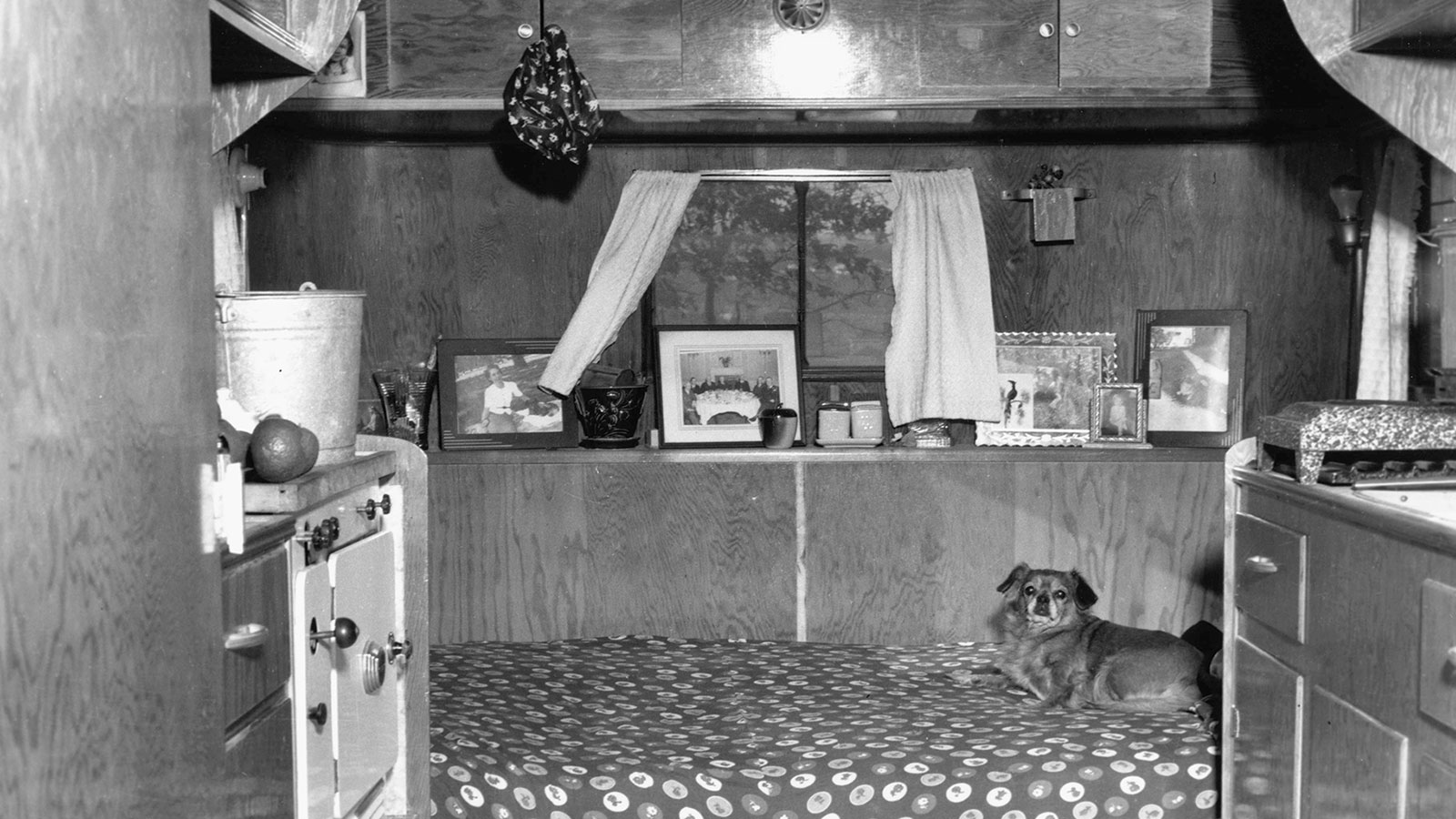 While most residents of Oak Ridge lived in houses and dormitories, entire streets of trailers were brought in for small households. Photo credit: Department of Energy 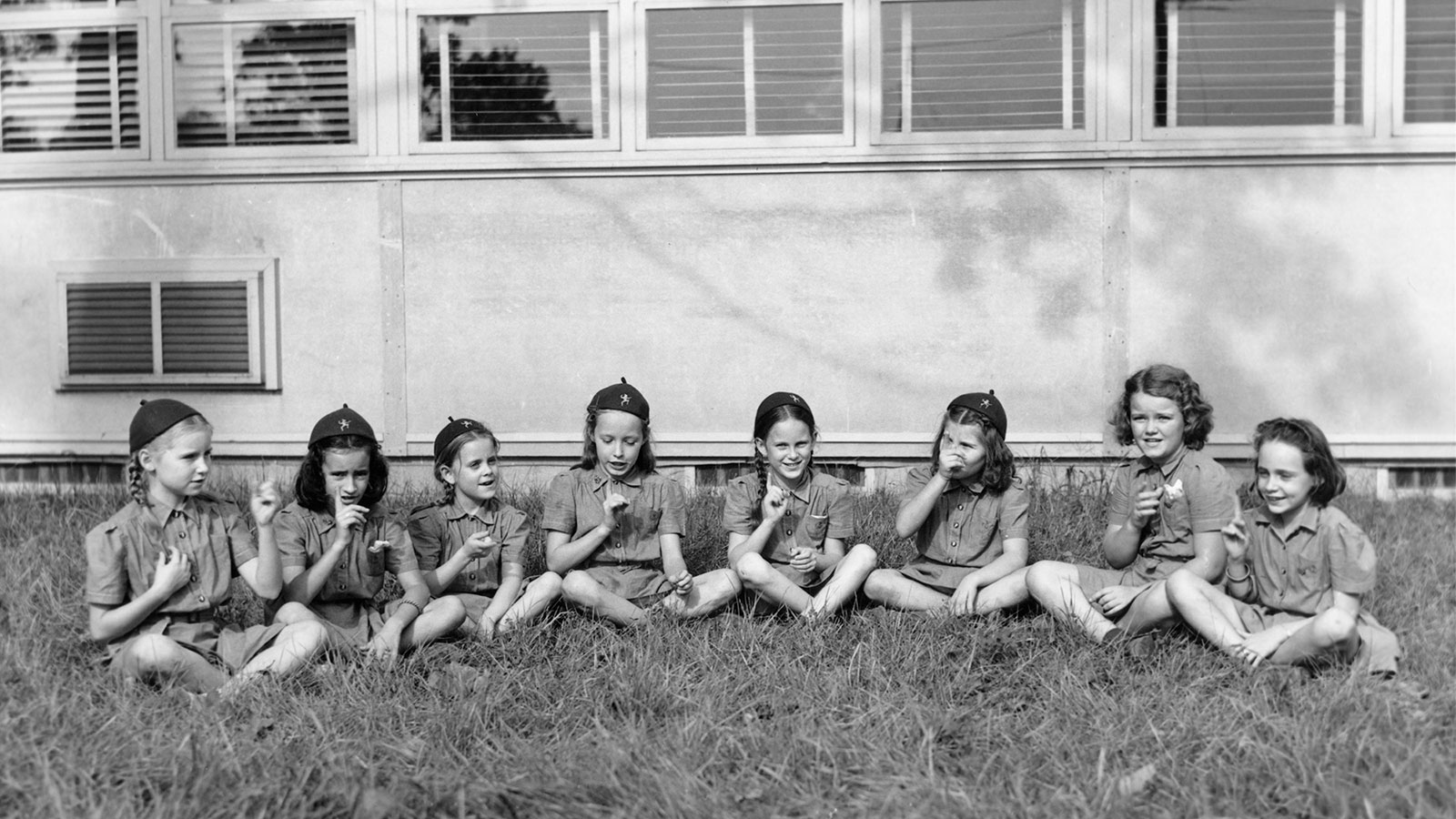 Though Oak Ridge remained a "secret city" until after the end of World War II, daily life wasn't that different from anywhere else in the country. Photo credit: Department of Energy

It helps to have a good fence. During World War II, before the area was officially called Oak Ridge, the town's name was "Clinton Engineer Works," or "CEW." It sat on 60,000 fenced acres, with armed guards manning all entrances.

Why was it there? "CEW" was a U.S. Army "secret city" - and the place where much of the nuclear material for the Manhattan Project was created. Workers were sworn to secrecy, and most had little idea of what the work they were doing meant.

The city was initially projected to have 13,000 occupants. The architecture and planning firm of Skidmore, Owings & Merrill was chosen to design the buildings and lay out the city. Architect John Merrill proposed curving streets that followed the topography of the site, saving the Army money on grading in the process.

Merrill worked with the John B. Pierce Foundation on the first round of housing to go up in Oak Ridge. Roughly 3,000 "alphabet" houses (in models A, B, C, D, and F) were assembled quickly from prefabricated panels. These "cemesto" panels, named for their cement and asbestos outer layers, were used experimentally throughout the 1940s for their light weight and superior insulating qualities (and were used on such projects as the Eames House) - and then just as quickly lost favor as new materials were developed.

By 1945, a town that had been planned to hold 13,000 people had a population of 75,000. The original dormitories, apartments, and houses were joined by thousands of trailers, plywood huts, and other forms of temporary housing. There were three commercial centers with 165 retail outlets, ten schools, an assortment of churches, a community center, and a swimming pool.

Within three years of its construction, "CEW" was the fifth largest city in Tennessee. In 1949, the resident-chosen new name of Oak Ridge became official.