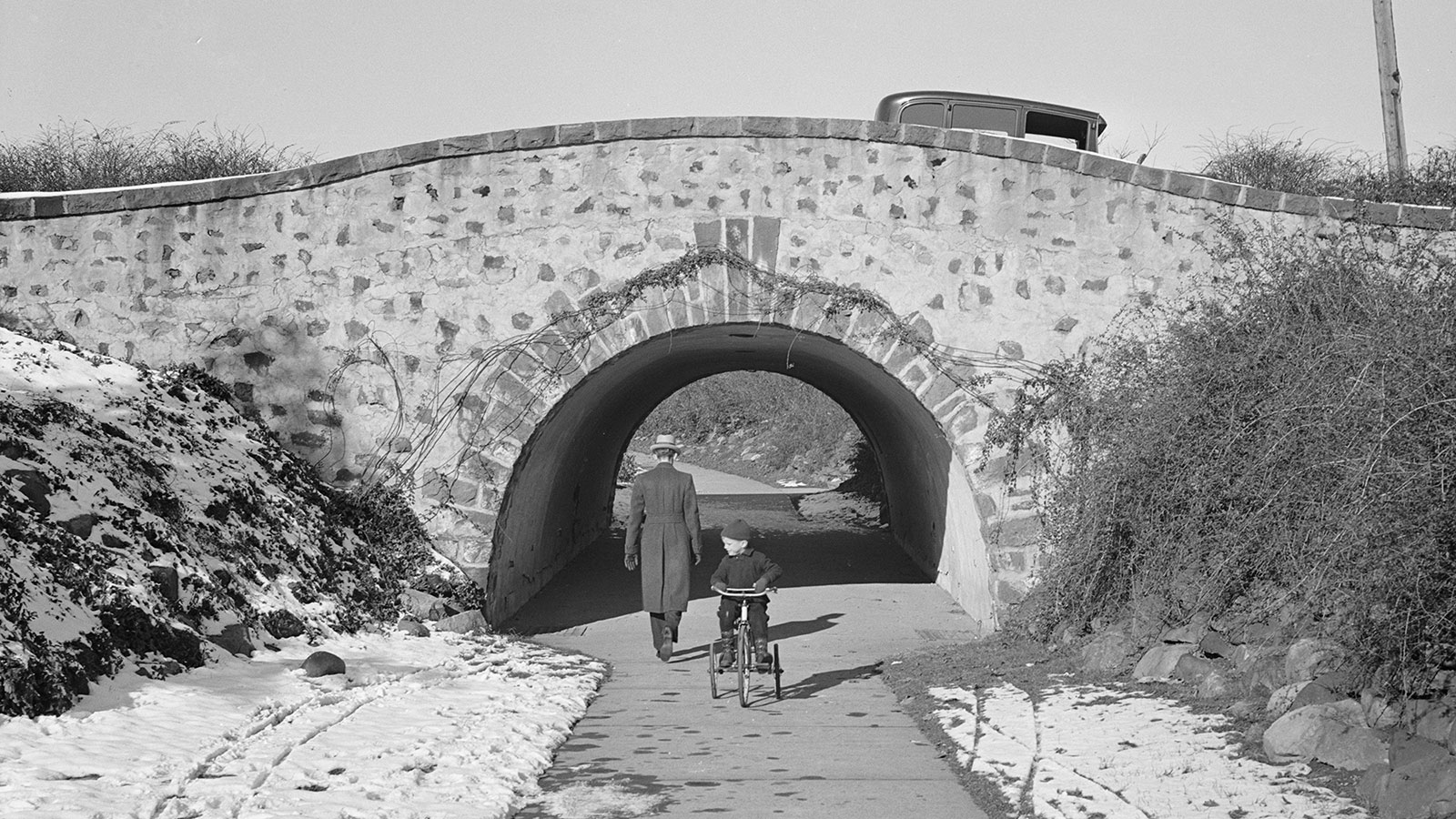 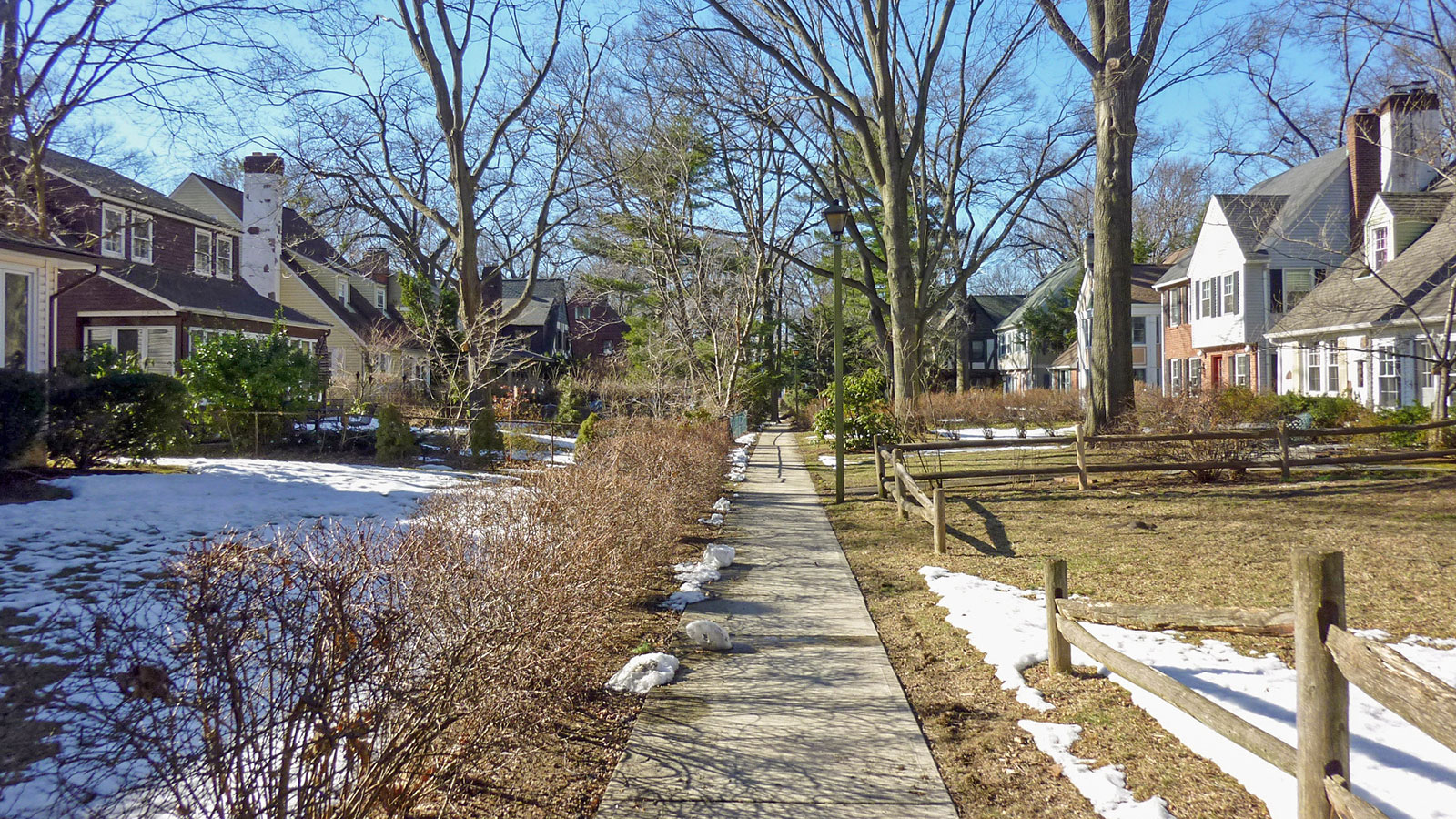 Each of the houses in Radburn has two "fronts"-one facing the road and one facing the network of pedestrian walkways and parks. Photo Credit: Payton Chung via Flickr 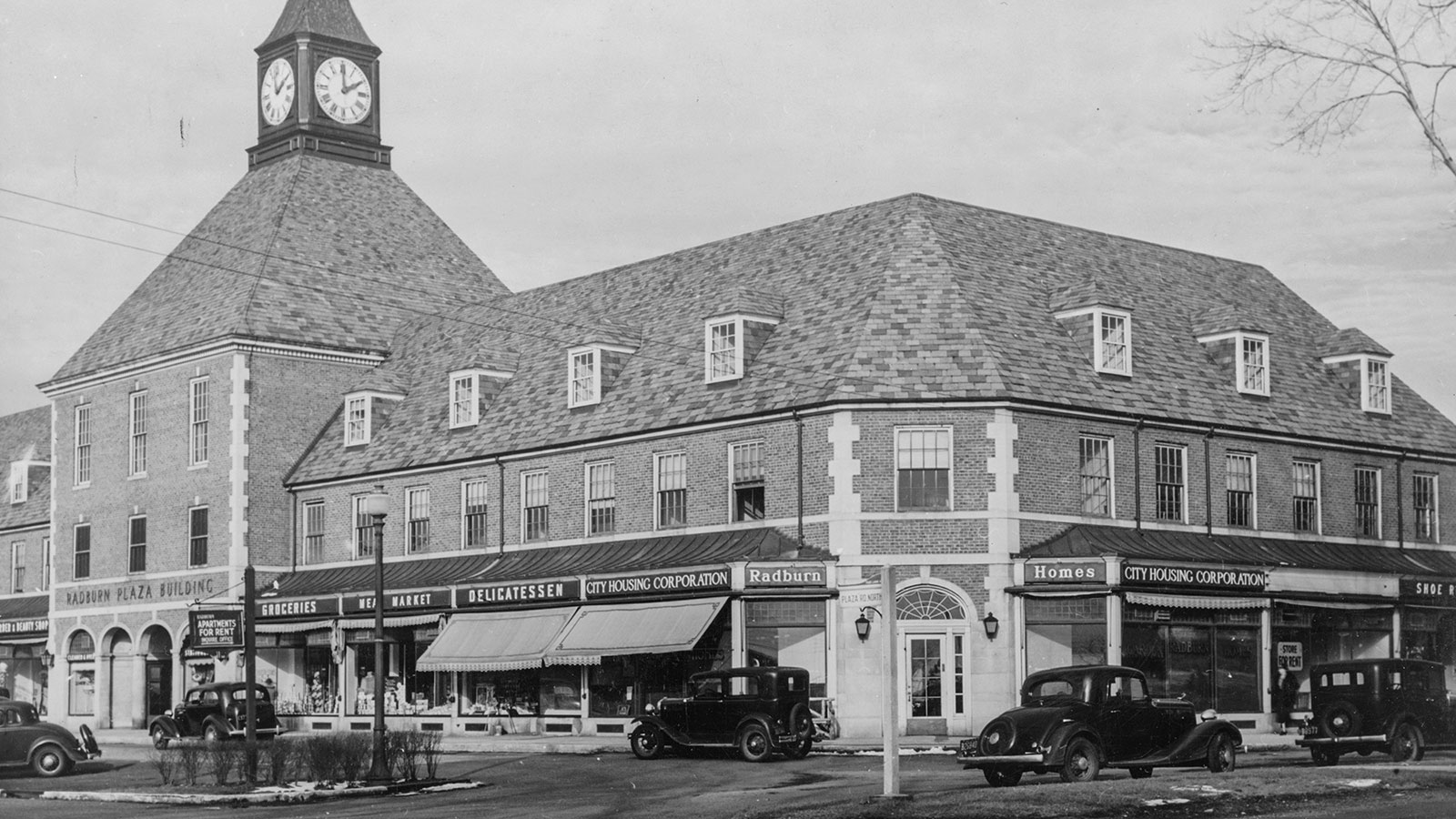 Radburn was called "The Town for the Motor Age," and its commercial center was designed to be easily accessible by car. Photo credit: Carl Mydans via Farm Security Administration - Office of War Information Photograph Collection (Public Domain) 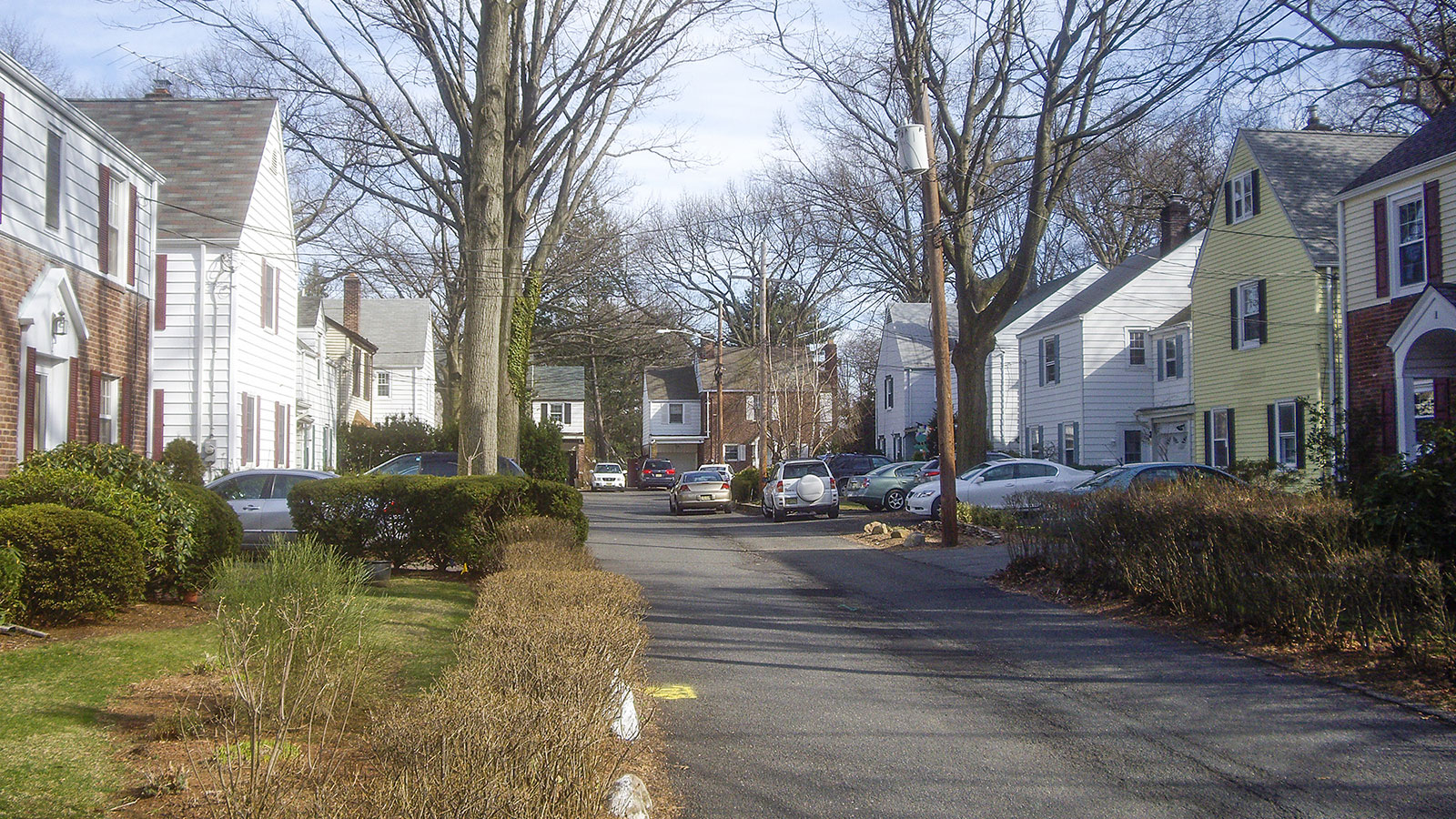 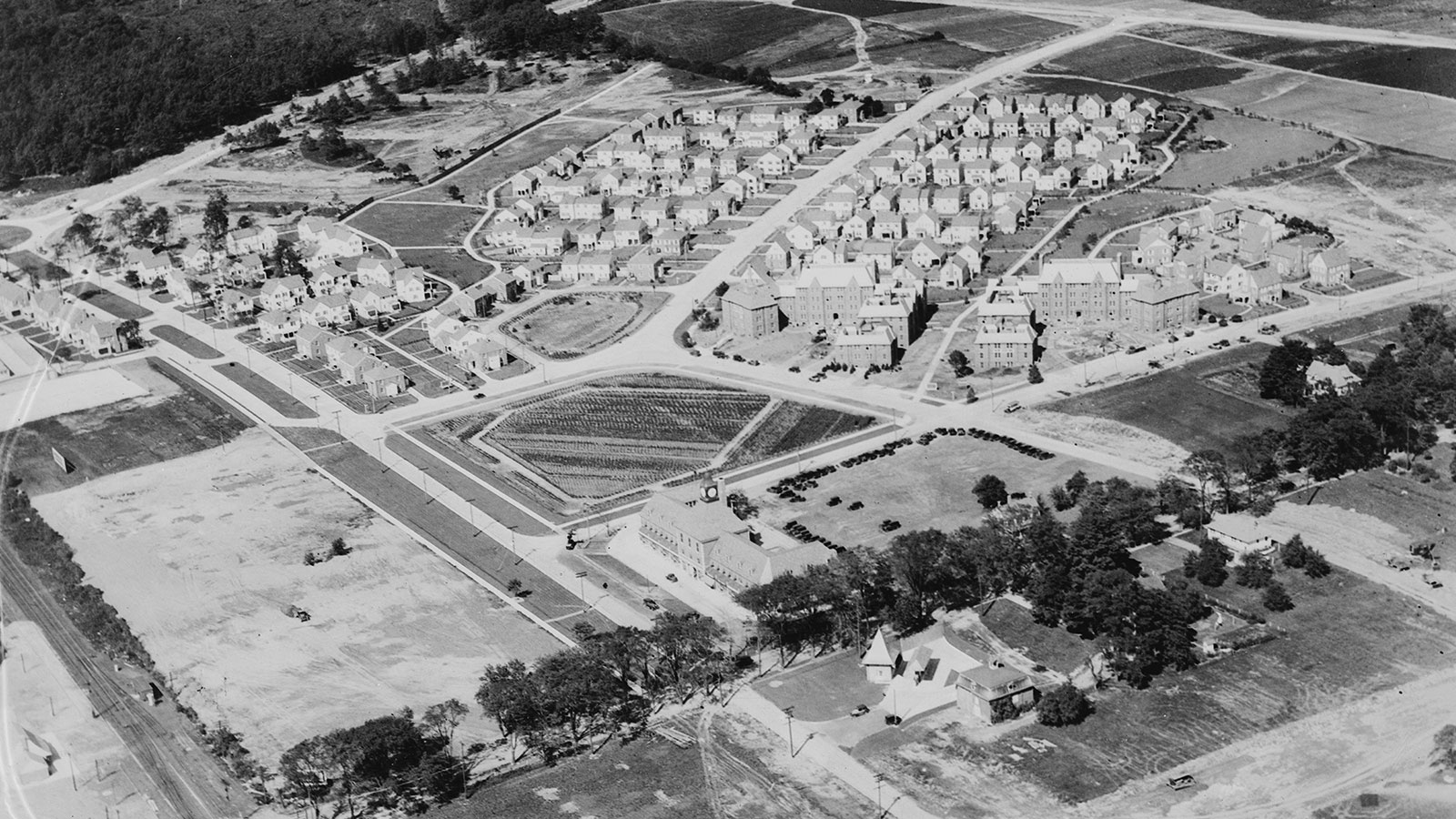 While the plan of Radburn was widely praised and imitated, less than a quarter of the planned community was ever built. Photo credit: Carl Mydans via Farm Security Administration - Office of War Information Photograph Collection (Public Domain)

In the late 1920s, the burgeoning profession of city planning underwent a creative boom. During this period, Radburn, New Jersey, one of the most influential towns ever built in the United States, found its place on the map.

The original concept for Radburn was based on the "Garden City," a planning model that had proven influential in England. The ideal garden city was a planned town with a radial design of parks, homes, commercial centers, and industry surrounded by open country.

Their original vision for Radburn was a self-sufficient city of 30,000 people. The section of the plan that was finalized and implemented, designed by planners and landscape architects Clarence Stein and Henry Wright, focused on the residential and commercial aspects of the original vision. The new city would be composed of "superblocks" of connected cul-de-sacs surrounded by arterial roads.

The town was designed with both pedestrians and automobiles in mind. Each house fronted on a street, but was connected in the rear to a system of pedestrian paths that made it possible to walk the entire development without ever crossing a road at grade. This interior park and pathway system, designed by landscape architect Marjorie Sewell Cautley, was one of the great innovations of Radburn.

Only a small section of Radburn was completed before the Great Depression stalled development. Its influence, however, was felt throughout the United States for decades.