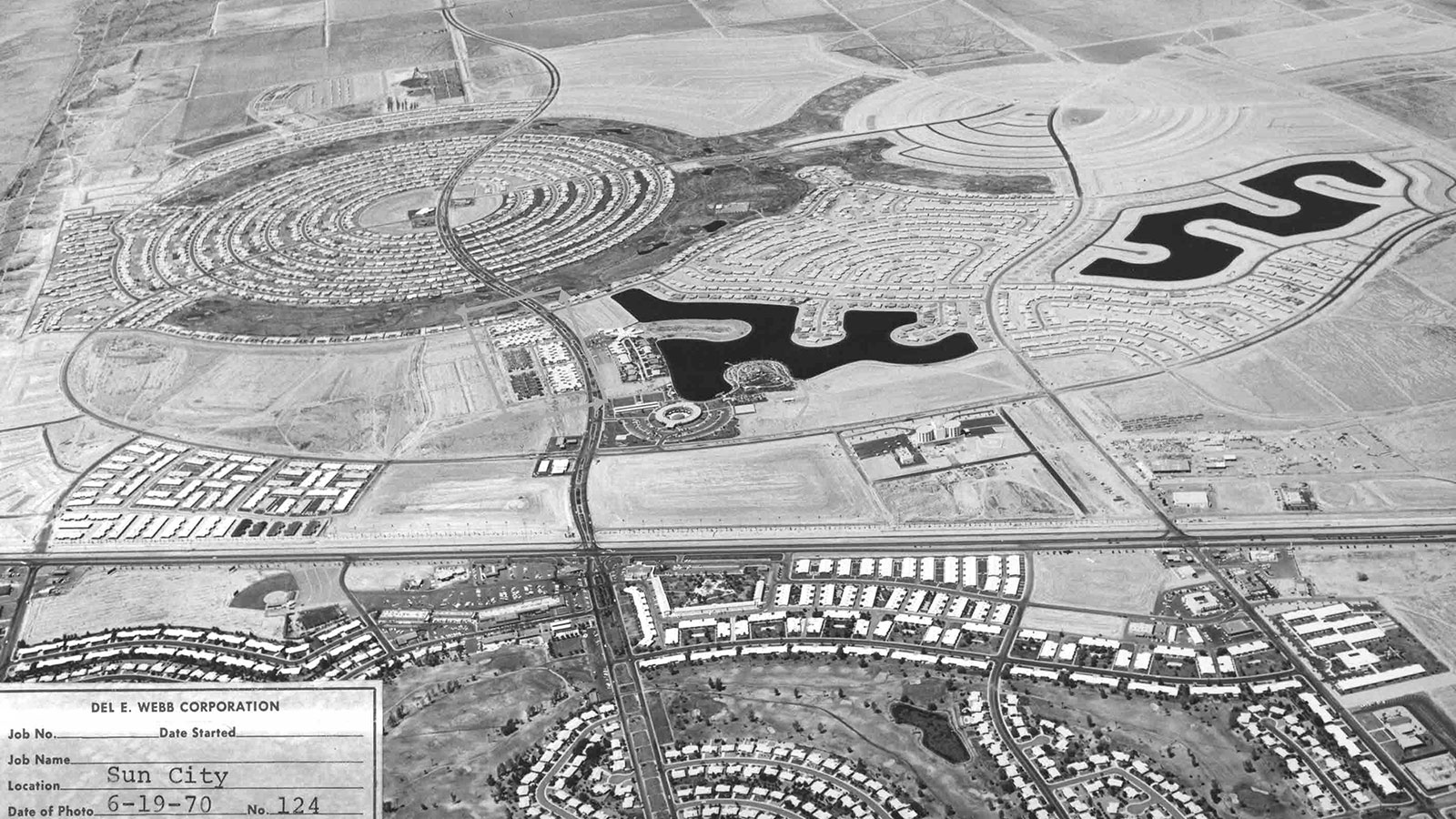 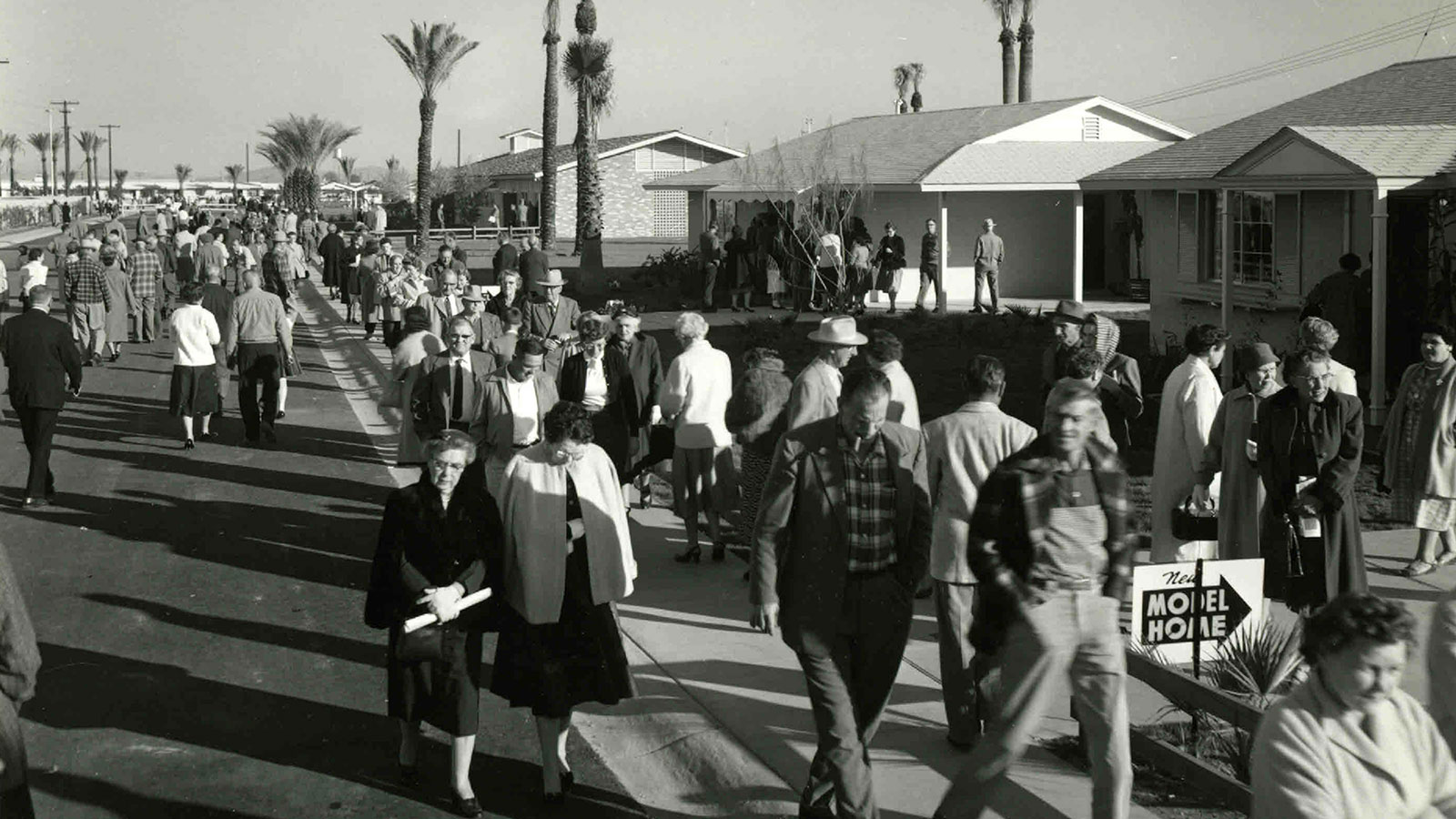 Today, the idea of Sun Belt residential villages planned specifically for retired adults is a familiar one. But before the 1960s, the concept didn't exist. Del Webb changed all that. He was a successful developer who saw that senior citizens needed more than just a place to live; many were in search of a sense of community and recreational opportunities, as well.

Webb's first experiment in a planned, age-restricted retirement community was the Phoenix suburb of Sun City, Arizona. His company opened five model houses on January 1, 1960 with uncertain expectations about how they'd be received.

The layout of Sun City was distinctive, with two circles of concentric streets (making the village instantly identifiable from the air). At the center of the circles, Webb placed commercial and institutional buildings; golf courses lined the outer streets. Recreation centers and man-made lakes provided additional opportunities for residents to meet and socialize.

The focus on these amenities and recreational opportunities for residents made Sun City unique, as did the absence of another institution - schools.

The new village was so popular that Del Webb's company soon started work on additional "Sun Cities" in Florida, Texas, South Carolina, and Nevada. The Sun City concept was adopted by other developers, as well; thanks to Del Webb, active adult retirement communities are now ubiquitous throughout the Sun Belt.