The layout of St. Augustine was dictated by The Laws of the Indies, the first comprehensive city planning document in America. Photo credit: Library of Congress

The "plaza mayor," or main plaza, anchors the town, as dictated by The Laws of the Indies. The obelisk in this plaza commemorates the Spanish Constitution of 1812. Photo credit: Barry Rabinowitz

The Matanzas River, on which St. Augustine was sited, is viewed from a gun port atop the Castillo de San Marcos. Photo credit: Barry Rabinowitz

Aviles Street, with its portal off the main square, was laid out in accordance with The Laws of the Indies. Photo credit: Barry Rabinowitz

The Government House dominates the west end of the main town plaza ("plaza mayor"). A government building has occupied this site since 1598. Photo credit: Barry Rabinowitz

In 1565-more than 40 years before the British colonized Jamestown, Virginia - a Spanish expedition established what is today the oldest colonial settlement in North America. 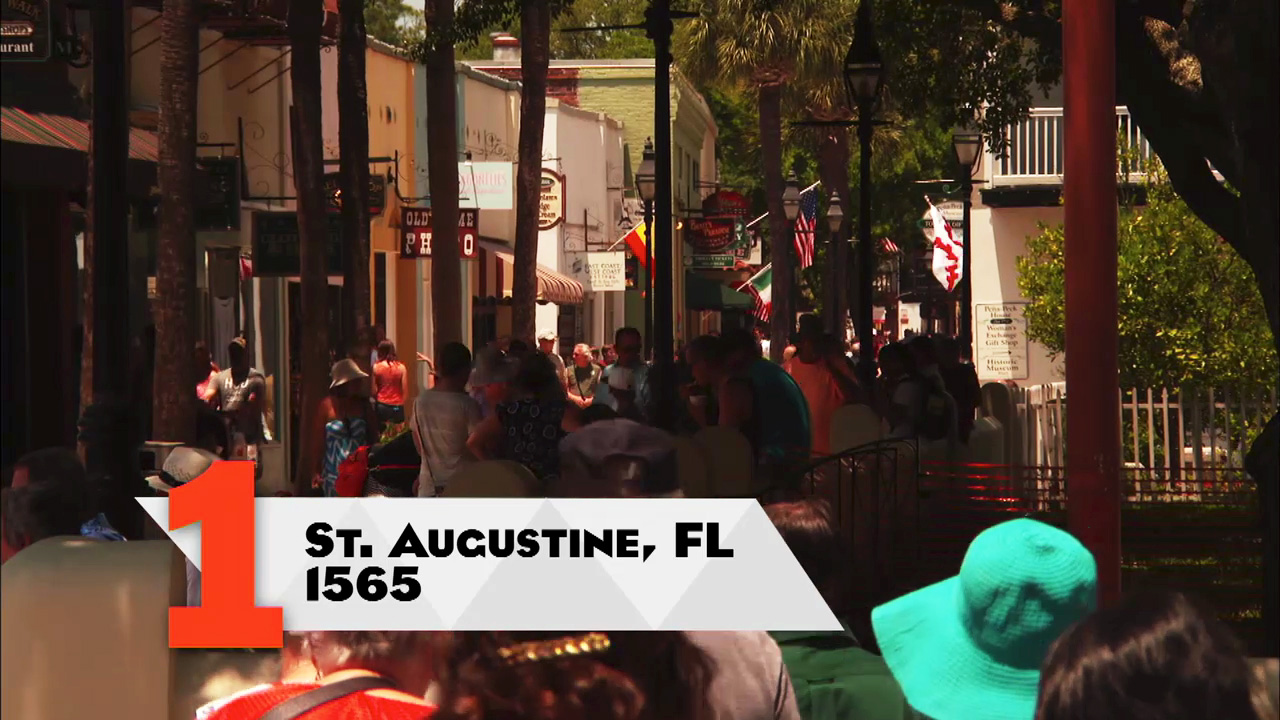 St. Augustine's initial purpose was defensive. King Philip II of Spain was alarmed because the French had recently built a fort on Spanish-claimed territory 40 miles up the coast, at current-day Jacksonville, Florida.

The king wanted to protect Spanish ships bringing valuable goods back from Central and South America, so he dispatched Admiral Don Pedro Menéndez de Avilés, along with hundreds of troops and settlers, to create a new Spanish outpost. Menéndez named the new outpost for Saint Augustine, on whose feast day he first spotted the Florida coast. 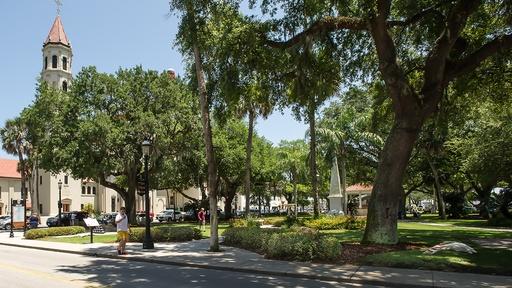 Soon after St. Augustine was established, King Philip II focused on another issue. He worried that his colonies in the Americas were developing in a haphazard fashion and without proper standards of organization. So in 1573, he issued a set of guidelines, called The Laws of the Indies, intended to bring order to colonial settlements.

The 148 ordinances in The Laws of the Indies provided specific guidelines for all aspects of how a town should be configured, starting with site selection:

40. Do not select sites that are too high up because these are affected by winds, and access and service to these are difficult … and in case that there should be a need to build on the banks of a river, it should be on the eastern bank, so when the sun rises it strikes the town first, then the water.

The ordinances further specified how to organize a town around a main plaza:

112. The main plaza is to be the starting point for the town; if the town is situated on the sea coast, it should be placed at the landing place of the port, but inland it should be at the center of the town. The plaza should be square or rectangular … as this shape is best for fiestas in which horses are used and for any other fiestas that should be held.

The guidelines also dictated that settlers should try "to have the buildings all of one type for the sake of the beauty of the town" and included highly specific stipulations for where to place civic buildings, homes, and businesses on a grid of streets emanating from the main plaza:

115. Around the plaza as well as along the four principal streets which begin there, there shall be portals, for these are of considerable convenience to the merchants who generally gather there; the eight streets running from the plaza at the four corners shall open on the plaza without encountering these porticos, which shall be kept back in order that there may be sidewalks even with the streets and plaza.

Today, The Laws of the Indies is widely recognized as the first comprehensive urban planning document in America. The standards it dictated - such as its orderly grid street pattern - enhanced urban life not only in St. Augustine, but also in many future American communities. 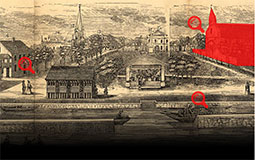 St. Augustine, Florida took shape according to The Laws of the Indies, guidelines set forth by King Philip II of Spain.