When it was constructed in 1910, the Highland Park Ford Plant was three times as large as any other auto plant. The vast expanses of open space allowed for one of the world’s earliest and largest assembly lines, revolutionizing not only auto manufacturing, but the entire industrial world. Photo Credit: Justin Maconochie

As the plant expanded, dozens of industrial elevators allowed for a multistory assembly line, a concept that later proved less than ideal. Ford returned to single-story assembly, albeit on a much larger scale, at his next plant. Photo Credit: Justin Maconochie

A Model T on display at Ford’s original Piquette Avenue Plant, which is now a museum.

When Henry Ford introduced the Model T automobile in 1908, it was an immediate hit – so much so, that within a few months, he was unable keep up with demand at his original plant. In 1909, he told his dealers to stop taking orders until he could catch up. 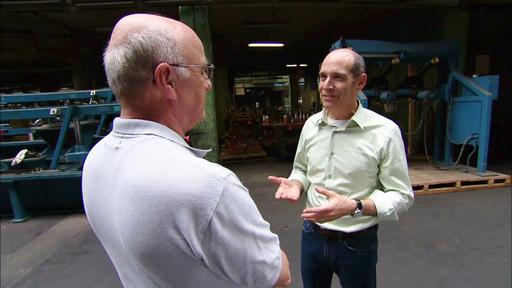 He needed a new approach to building automobiles. So he hired architect Albert Kahn to design a space more than three times as large as any auto plant of the day.

Unlike the previous Model T plant, which relied on masonry construction, the Highland Park building used a system of reinforced concrete construction that allowed for vast expanses of uninterrupted space large enough to accommodate one of the world’s earliest and largest moving assembly lines.

This revolutionary new approach meant that instead of teams of workers moving from car to car – along with all their parts and tools – the cars moved to them. This saved time and soon allowed Ford to bring the price of the Model T down from $800 to $400.

In addition to the spacious design, Kahn employed special steel window sashes to accommodate much larger windows than in previous plants. By bringing more light and fresh air to his workers, Ford reaped even more productivity. 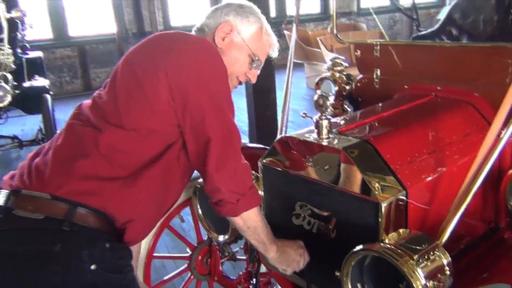 Even before Highland Park, there was the Piquette Avenue plant – the factory where the first 12,000 Model Ts were built. Watch the story.

Even though it brought greatly improved efficiency and capacity, the Highland Park plant still couldn’t keep up with the exploding demand for automobiles. In 1920, Ford built an even-larger complex at River Rouge, with Albert Kahn continuing to design open, light- and air-filled work spaces for the growing company.

The Highland Park Ford Plant retains this legacy: it didn’t just change the way Model Ts were built. It changed how everything was built, setting a new template for manufacturing and industry.

Model T Automotive Heritage Complex
Before the Highland Park Ford Plant made the modern moving assembly line possible, Henry Ford’s automobiles were assembled in a much smaller space, where crews of workers had to move their tools and parts from chassis to chassis. You can visit the original 1904 Piquette Avenue plant, now open as a museum. 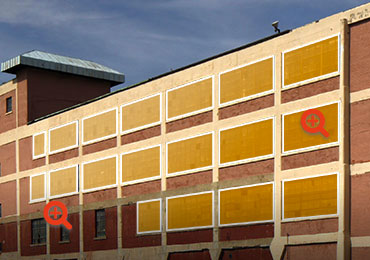