The Vanna Venturi House demonstrates some of the "complexities and contradictions" in modern architecture that Robert Venturi discussed in his seminal book on that topic.

The front of the house acts as a billboard for what it is: a house. Its pitched roof was the first sign that this home flouts the rules of modernism. Photo Credit: Venturi and Associates

The fireplace competes for space at the center of the home. Photo Credit: Steven Goldblatt

Robert Venturi and Denise Scott Brown married in 1967 and partnered in the Venturi, Scott Brown and Associates architecture firm until they both retired in 2007. The firm continues as VSBA. Photo Credit: VSBA

Robert Venturi had some big ideas about architecture, and he found ways to express several of them in this rather small home.

Designed for his elderly mother Vanna, Robert Venturi used the house as a canvas to demonstrate some of the “complexities and contradictions” in modern architecture. 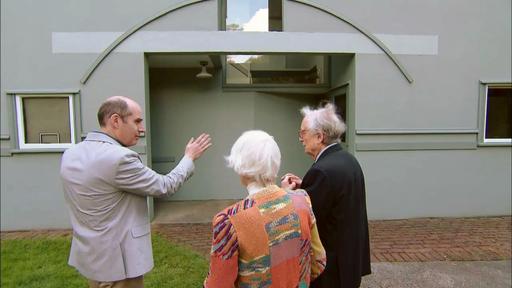 Venturi took issue with the modernist movement’s overly simplified solutions. He challenged the modern architecture establishment’s rigid, formalist rules and reductionist strategies, believing that buildings, like the people who occupy them, are just not that simple. And he took delight in breaking those rules – such as the idea that decoration has no place on buildings.

With the Vanna Venturi house, his desire to challenge modern orthodoxy is apparent in the home’s façade, which acts as a sort of billboard for a house, with its pitched roofline and functionless arch – both clear departures from modernist principles. 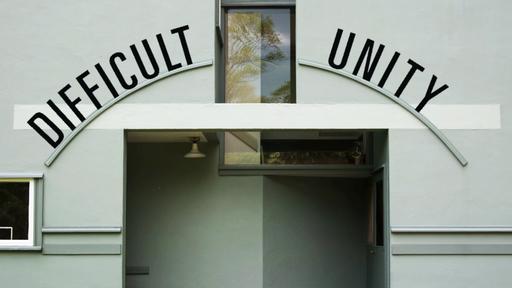 Robert Venturi's now-classic 1966 book, Complexity and Contradiction in Architecture, was his response to the narrow constraints and purist principles of modernism. Inspired by his ideas, we built our own postmodern construction based on some of the book's descriptions of the Vanna Venturi house. Watch it here.

Inside, rather than providing the order and simplicity that the modernists worshipped, Venturi’s design chose to surprise, even jar people, with its contradictions. The interior design played with concepts of scale, with an oversized fireplace, and an undersized stairway which leads to nowhere. 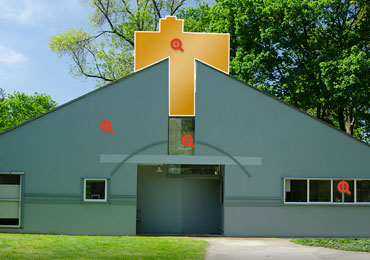 Robert Venturi was just trying to break the rules. In the end, he created the first postmodern house. Click through to learn more.