While it is not as tall as today’s skyscrapers, the ten-story Wainwright Building was a soaring presence in the St. Louis skyline when it was completed in 1891. Photo Credit: Katherine Castro

The building façade reinterpreted elements of a classical column, with a strong base, vertical window piers acting as the column’s shaft, and the cornice and frieze together creating the capital. Photo Credit: William A. Zbaren

Sullivan wrote of the beauty of the natural world; he felt that hostile cityscapes could be humanized through the use of ornament. Photo Credit: William A. Zbaren

Sullivan was a master of architectural ornament. Today, fragments of his buildings that are no longer standing are displayed in museums. Photo Credit: William A. Zbaren

Each floor of the Wainwright Building has its own ornament theme, seen in the window panels. Photo Credit: William A. Zbaren

When financier Ellis Wainwright asked Louis Sullivan to design a new, tall office building in St. Louis, it wasn’t the very first skyscraper ever built. That distinction had already been achieved just a few years earlier in New York and Chicago, as new skeleton frame building methods had made taller buildings possible. 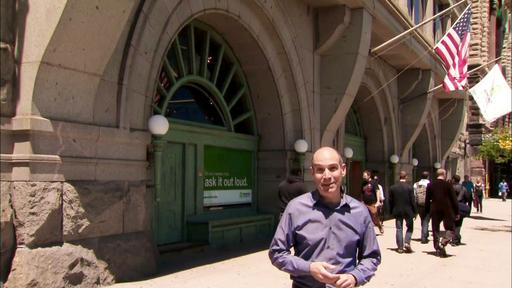 With the Wainwright Building, Louis Sullivan is widely credited with figuring out what tall buildings could look like. In his simple, elegant design, he visually organized the building by reinterpreting the elements of a classical column: a strong base, a soaring vertical shaft, and a decorative (and functional) capital. 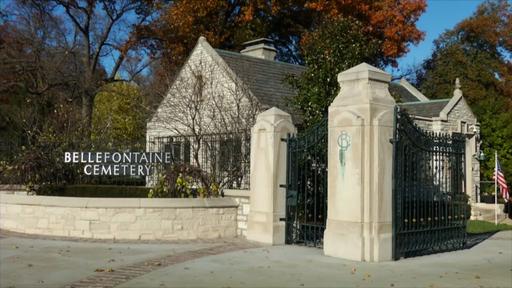 While the Wainwright Building was under construction, the young wife of Sullivan's client died, creating an unexpected commission for Louis Sullivan. Geoffrey Baer speaks with Bellefontaine Cemetery's Richard Lay to learn more. Watch the story.

Writing in 1896, Sullivan explained the revelation that led him to his groundbreaking design: “What is the chief characteristic of the tall office building? And at once we answer, it is lofty. This loftiness is to the artist-nature its thrilling aspect … It must be tall, every inch of it tall … It must be every inch a proud and soaring thing, rising in sheer exultation that from bottom to top it is a unit without a single dissenting line...”

With his design for the Wainwright, Sullivan created a new visual vocabulary for tall buildings. Its aesthetic influence can be seen not only in the buildings that immediately followed it, but also in sleek, soaring modernist skyscrapers that came decades later.

Louis Sullivan at the Art Institute of Chicago

705 Olive (Union Trust) Building
In addition to the Wainwright, Louis Sullivan designed two other buildings in St. Louis, one of which still remains. To see it, walk two blocks north of the Wainwright Building to the 705 Olive Street Building (formerly known as the Union Trust Building), which was completed in 1893, two years after the Wainwright.

In the 1920s, the first two floors of the street façade were greatly altered from Louis Sullivan’s original design, which included a much larger arched entrance. If you walk into the west alley, you can see a rounded window that complemented the more ornamented round windows that were removed from the building’s front. Be sure to check out the terra cotta lions on the building’s cornice. For more info on the 705 Olive Building.

Just a few blocks away, another building by Sullivan, the St. Nicholas Hotel (also completed in 1893), sat at 9th and Locust Streets. It was demolished in 1974. For more info on that building. 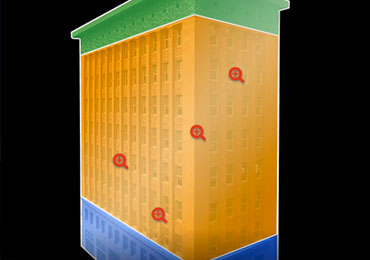 The Wainwright Building was the first skyscraper that embraced its tallness, profoundly influencing the way architects would visually organize tall buildings in the decades that followed. Click through to learn more.