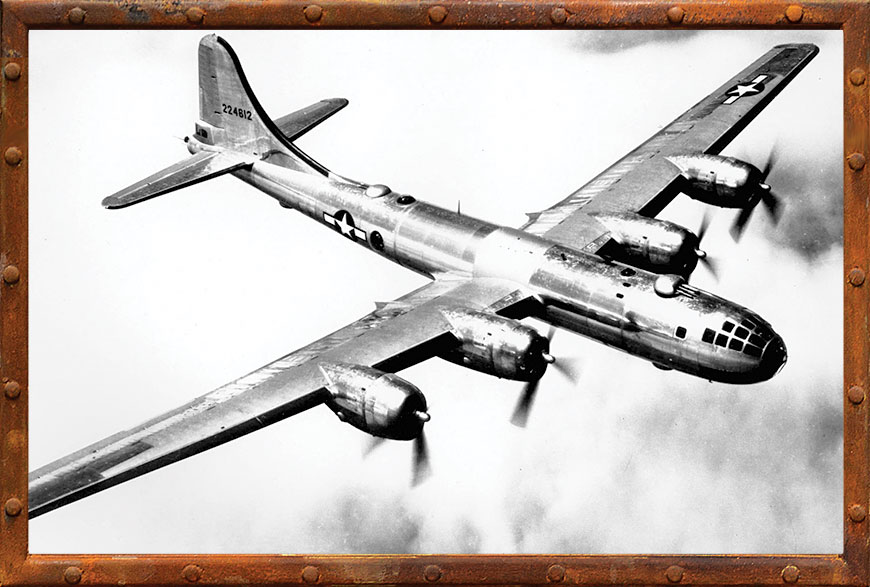 After the attack on Pearl Harbor, the U.S. government needed to build B-29 bombers – quickly. It chose Chicago as the place to build the engines for those planes. Photo Credit: WikiCommons

One might be tempted to think that the Ford City Mall once housed a Ford auto plant.

It’s true that the building was once, briefly, an automobile plant, but it built only 51 cars, and they weren’t Fords. So what is the origin of the name?

After the attack on Pearl Harbor in December 1941, the U.S. needed to build B-29 bombers as quickly as possible.

The government chose Chicago as the place to build the Wright Cyclone engines for those bombers, and the site, between Pulaski Road and Cicero Avenue, just north of 79th Street, as the location of the plant. 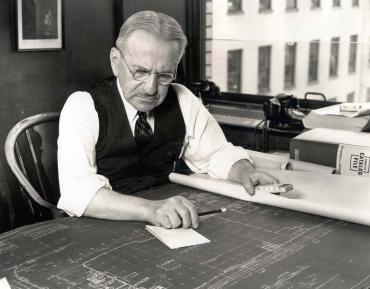 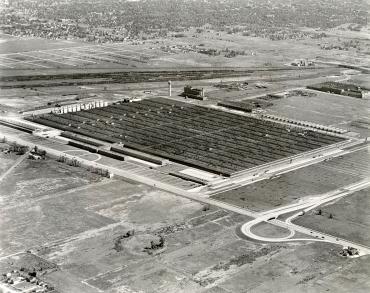 The site was a massive, 19-building complex of factories. It was located between Pulaski Road and Cicero Avenue, north of 79th Street. The main building alone covered 82 acres.Photo Credit: Albert Kahn Associates

Famed architect Albert Kahn (who had designed Henry Ford’s factories, including the 1910 building with innovations that made the first major moving assembly lines possible) designed a complex of 19 buildings for the site, comprising six million square feet of factory space. The main building alone covered 82 acres.

Construction began in 1942, and more than 30,000 people soon went to work in the new buildings. They made 18,000 engines for B-29 bombers. But by the end of the war, the buildings were no longer needed.

After the war, Preston Tucker took over the factory, hoping to build his futuristic Tucker automobiles. But after only 51 vehicles were manufactured, Tucker found himself embroiled in a farcical SEC investigation. He lost his factory and his funding, even though he was found not guilty of all charges, and the negative publicity sunk the company. Tucker died of lung cancer at age 53.

The Ford Motor Company bought and retooled the factory, first for auto manufacturing, which it never fully implemented, and then for airplane engine production.

Today, the only manufacturing remaining on the property is in a portion of the building used by Tootsie Roll Industries – a far cry from the wartime purpose of the original structure. 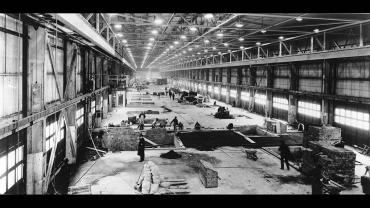 More than 4 million bricks were used to build the plant. Every day during the plant’s construction, the train tracks at the north end of the site brought another 150 railroad cars loaded with stone, sand, and cement, which were mixed on site. Photo Credit: Chrysler Historical Services 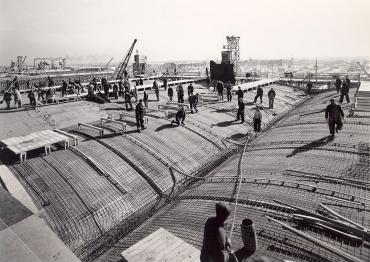 Construction began in June of 1942, just six months after Pearl Harbor, and proceeded around the clock. More than 16,000 people were employed in the construction of the complex. Photo Credit: Detroit Public Library 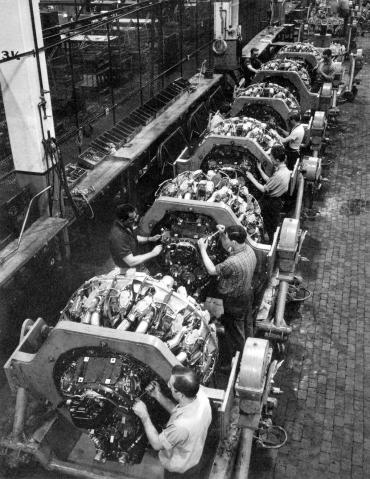 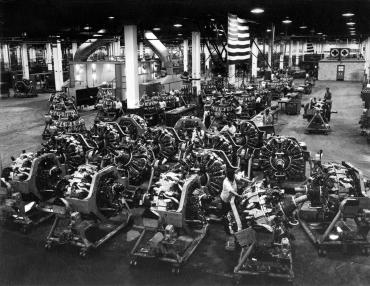 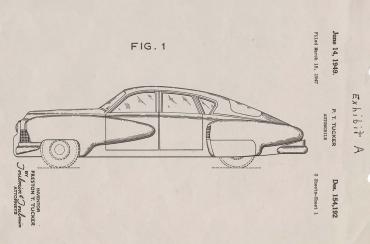 After the war, Preston Tucker acquired the building and planned to build his Tucker Torpedo (later renamed the Tucker ’48). But after building only 51 cars, Tucker ran into problems. Photo Credit: Public Domain 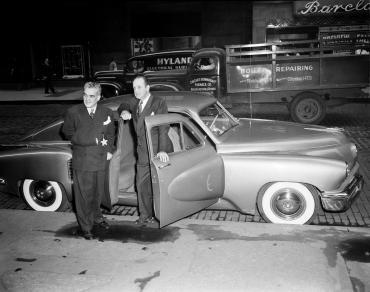 Preston Tucker, right, with his attorney, was plagued by problems including an SEC investigation into his business practices that robbed him of his company and the chance to manufacture his innovative automobile. Though he hoped to reorganize his company after he was cleared of all charges in 1950, he became ill and died of cancer at age 53.Photo Credit: Chicago History Museum