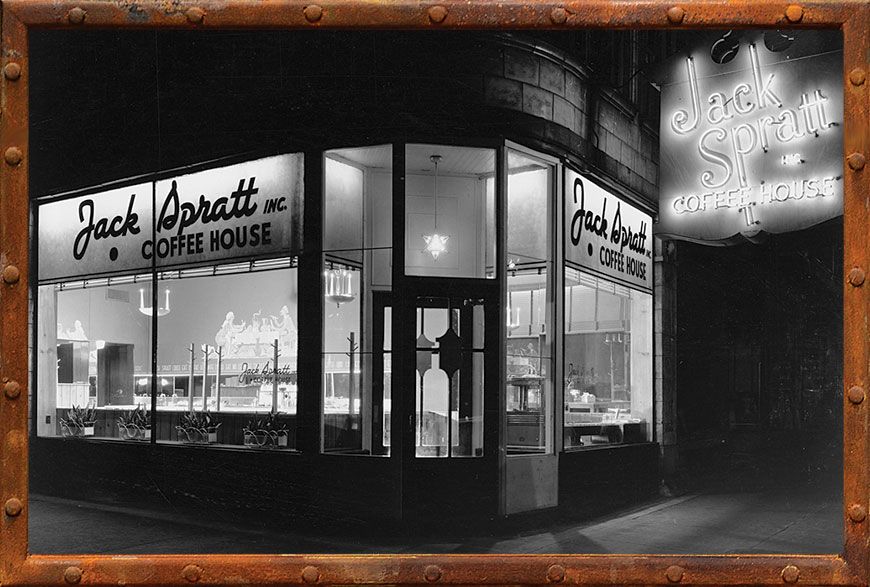 The Jack Spratt Coffee House on Chicago’s South Side played an early, unsung role in the civil rights movement. In 1942, it was the scene of one of the first nonviolent sit-ins, presaging the more celebrated lunch counter sit-ins that focused the nation’s attention on racial discrimination almost 20 years later. Photo Credit: Chicago History Museum 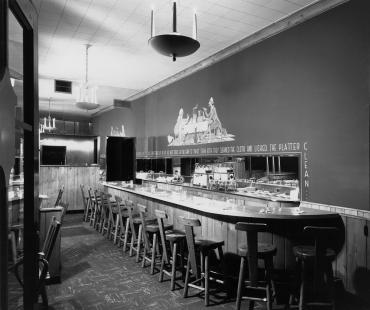 Recent Howard University graduate James Farmer stopped into the Jack Spratt Coffee House at 47th and Kimbark Avenue in Chicago’s Kenwood neighborhood with a friend to buy a donut. They were treated like second-class citizens. He came back with more friends and demanded equal treatment. Photo Credit: Chicago History Museum

Read about the Congress of Racial Equality (CORE).

One day in 1942, a young black man named James Farmer walked into a coffee shop at 47th Street and Kimbark Avenue to buy a donut. But the Jack Spratt counterman was unwilling to provide African Americans the same service that he gave to his white customers.

The counterman’s habit was to make African Americans wait; then he attempted to charge them a dollar for a donut that cost white people a nickel. What the counterman didn’t know was that Farmer, a recent graduate of the Howard University School of Religion, had been studying the philosophies and practices of Mahatma Gandhi – particularly his idea of creating change through nonviolent resistance. Farmer was ready to put those ideas into practice to stop racial discrimination in America.

Farmer came back with his friends and filled up the restaurant, demanding to be served. The manager called the police and asked to have them thrown out. But the police said there was nothing they could do. The coffee shop ultimately relented and served them, and Farmer and friends returned several times just to be sure they got the message.

Farmer was able to change the way Jack Spratt did business – almost twenty years before the famed lunch counter sit-ins of the civil rights era focused the nation’s attention on racial discrimination. 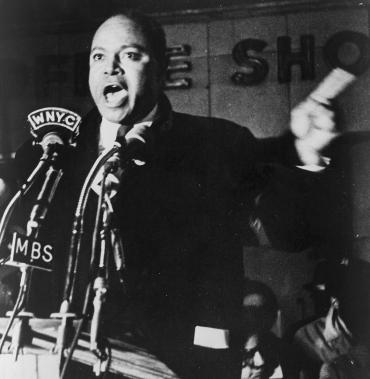 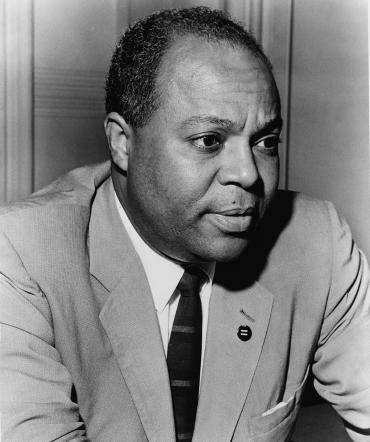 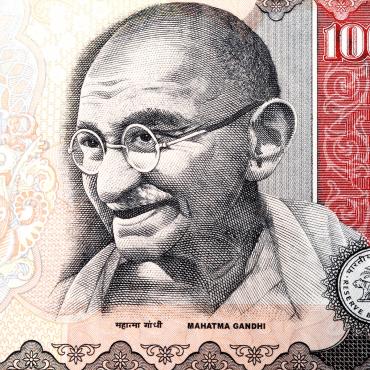 Farmer was inspired by the teachings of Mahatma Gandhi, who advocated nonviolent resistance. He had studied Gandhi’s philosophies as a theology student at Howard University. Photo Credit: Shutterstock 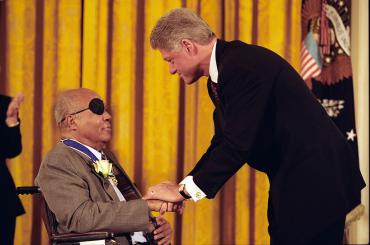 Farmer received the Presidential Medal of Honor from President Bill Clinton in 1998. He died in 1999. Photo Credit: Clinton Presidential Library