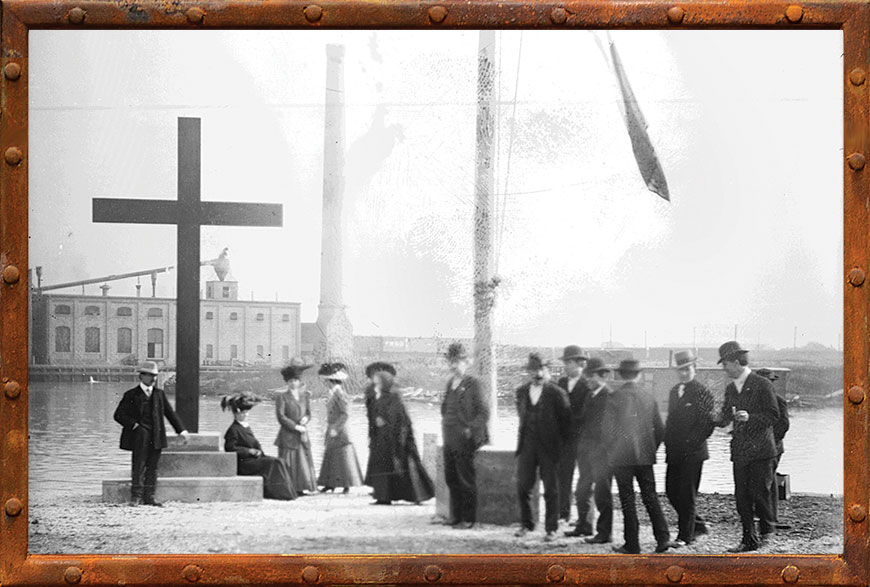 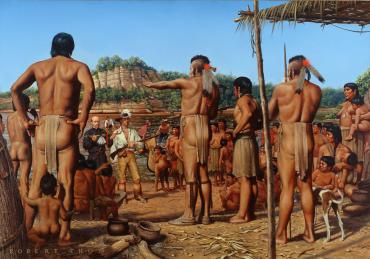 Marquette and Joliet were seeking a waterway that could connect the Great Lakes to the Gulf of Mexico. What they found – with help from friendly Native Americans – made Chicago what it is today.Photo Credit: WikiCommons 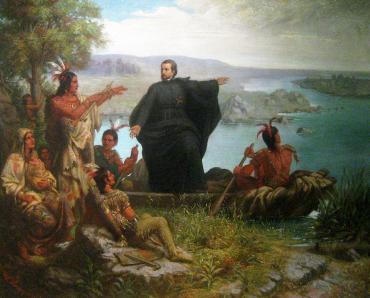 Jacques Marquette, or Pere Marquette as he was known, was not only interested in finding waterways; he was looking to save souls. On his way back through Chicago in 1674, the Jesuit missionary camped on the banks of the Chicago River at current-day Damen Avenue. Photo Credit: Chicago History Museum

Read about the Illinois and Michigan Canal.

View Marquette's map of his exploration and the Western Great Lakes.

At the request of Count Frontenac, governor of New France and emissary to King Louis XIV, French-Canadian fur trader Louis Joliet and French Jesuit missionary Jacques Marquette set out from the Straits of Mackinac in 1673 to explore North America and search for the Mississippi River.

Their goal: find a waterway that could connect the Great Lakes to the Gulf of Mexico.

Marquette and Joliet navigated 2500 miles by canoe in 120 days, and while they didn’t find a direct waterway, what they did find, with help from local Native Americans who knew it well, was a short portage – a route where they could carry their canoes over land (and at certain times of year, when the water was high enough, continue through the water) and ultimately connect Chicago and the Mississippi.

That little portage was very important indeed. It changed the future of Chicago, placing it right in the middle of a waterway that stretched all the way from the St. Lawrence River to the foot of the Mississippi. It would also change everything for the Native Americans.

The “Chicago portage” later was excavated into the Illinois and Michigan Canal, and later the Chicago Sanitary and Ship Canal.

During their explorations on the return trip up the Chicago River, Marquette camped for the winter of 1674 at a spot that is now where Damen Avenue intersects with the Sanitary and Ship Canal.

In 1907, a large cross was erected on that spot to honor Marquette and Joliet. The cross is no longer on the site, but a plaque still marks this important early exploration into this area. 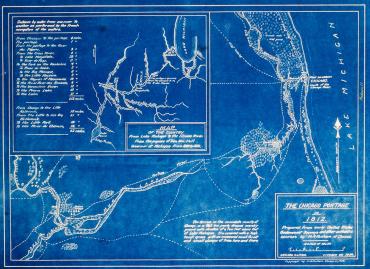 A map from 1812 shows the Chicago portage. At certain times of year when the water was high, canoes less than a certain weight could float through. Most of the time, they were carried along the portage trail.Photo Credit: Chicago History Museum 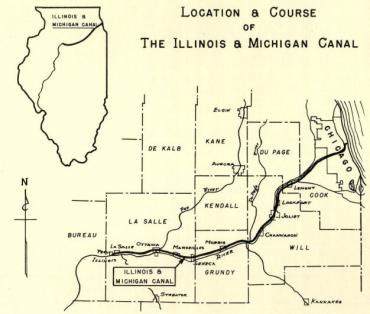 In 1848, the Illinois and Michigan Canal was excavated, and the engines of commerce were unleashed in Chicago. Photo Credit: Public Domain