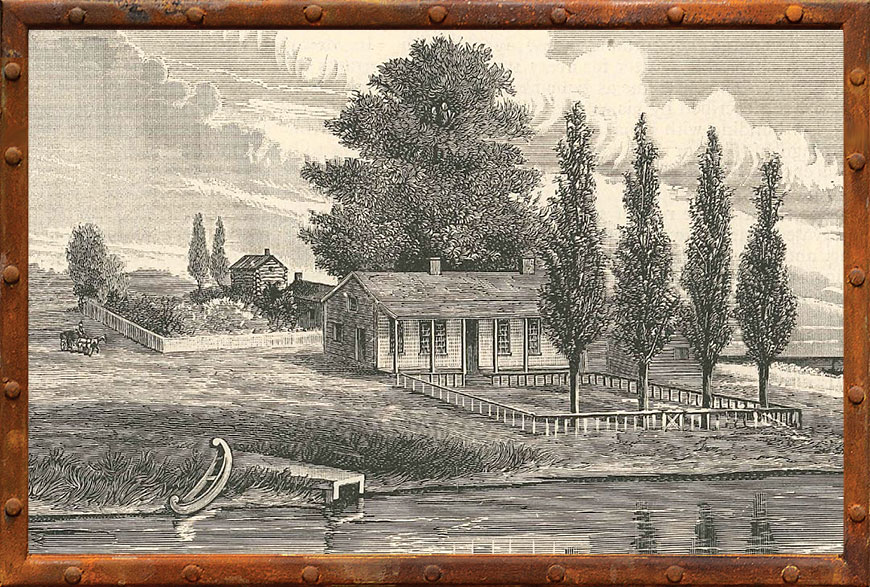 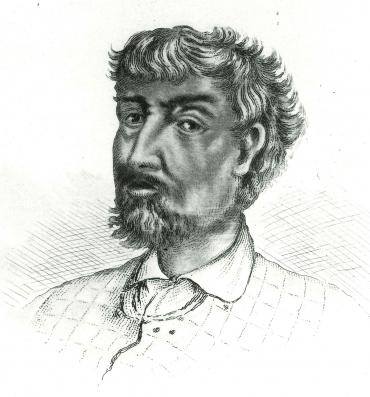 Jean-Baptiste Point de Sable lived here from 1788 to 1800, predating Fort Dearborn. While missionaries and other fur traders had come through before Point de Sable, he was the first known settler to stay and create a home. Photo Credit: Chicago History Museum 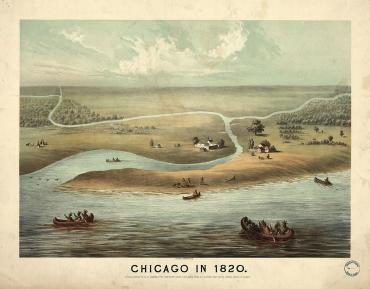 In the early 19th century, the Chicago River did not flow directly into Lake Michigan as it does today; it instead curved to the south through dunes and beaches for several blocks. This map shows Chicago as it was in 1820, twenty years after Point de Sable left Chicago. This landscape was about to change dramatically. Photo Credit: Library of Congress

Where the Tribune Tower now stands was once a farmstead and trading post owned by a settler with the distinction of being the first resident of Chicago. His name was Jean-Baptiste Point de Sable, and while he wasn’t the first non-native in Chicago, unlike the missionaries and fur traders who came before him, he is credited with making his home here long enough to create a lasting site of commerce.

Point de Sable lived on the site from 1788 through 1800, and his home sat just across the river from the future site of Fort Dearborn, later constructed in 1803.

While he was not a native of the area, neither was he of European ancestry. Scholars differ on the details, but Point de Sable was either the son of a Haitian woman, most likely a freed slave, or he was the son of a freed slave from Kaskaskia, Illinois. In either case, Chicago’s first citizen was a black man.

To honor Point de Sable and others who settled after him on this site, including fur trader John Kinzie, the area adjacent to the Tribune Tower is today called Pioneer Court.

His mechanical reaper, which he had invented 16 years earlier, replaced the handheld scythe. It became available just as vast areas of the American West were being plowed for the first time. He now saw the opportunity to build his reapers nearer to the expanding farmland.

By 1860, he was selling 4,000 of his reapers each year, and did his part to move American men out of the fields and into the factories. 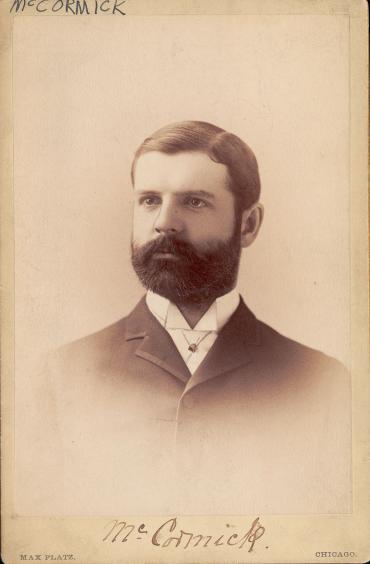 A young Cyrus McCormick came to Chicago in 1847. He had sold only 100 of his mechanical reaper machines thus far. He sensed that being closer to the expanding farmland of the West would be an advantage. Photo Credit: Chicago History Museum 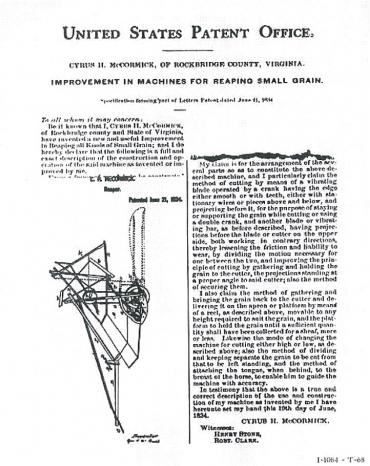 The mechanical reaper was the first major improvement over the handheld scythe. It could harvest as much grain as five men in the same amount of time. Photo Credit: Wisconsin Historical Society 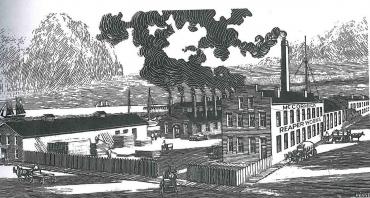 McCormick began manufacturing his reapers in a factory he built on the current-day site of the Tribune Tower (at Michigan Avenue and the Chicago River). By 1860, he was selling 4,000 reapers a year. Photo Credit: Public Domain 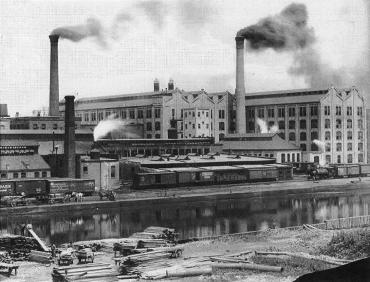 McCormick was a force for change on two fronts in the Industrial Revolution: saving men from labor in the fields, and creating jobs that drew them to the city. Photo Credit: Wisconsin Historical Society 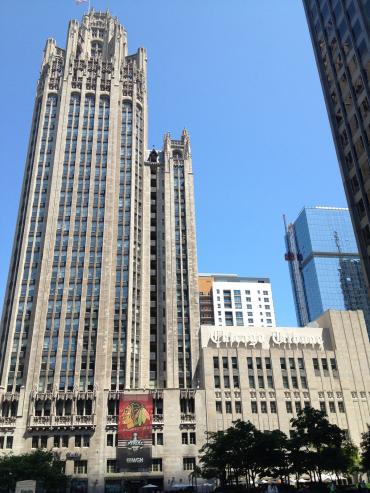 To honor Jean-Baptiste Point de Sable and others who settled here just after him, including fur trader John Kinzie, the area adjacent to the Tribune Tower is today called Pioneer Court.