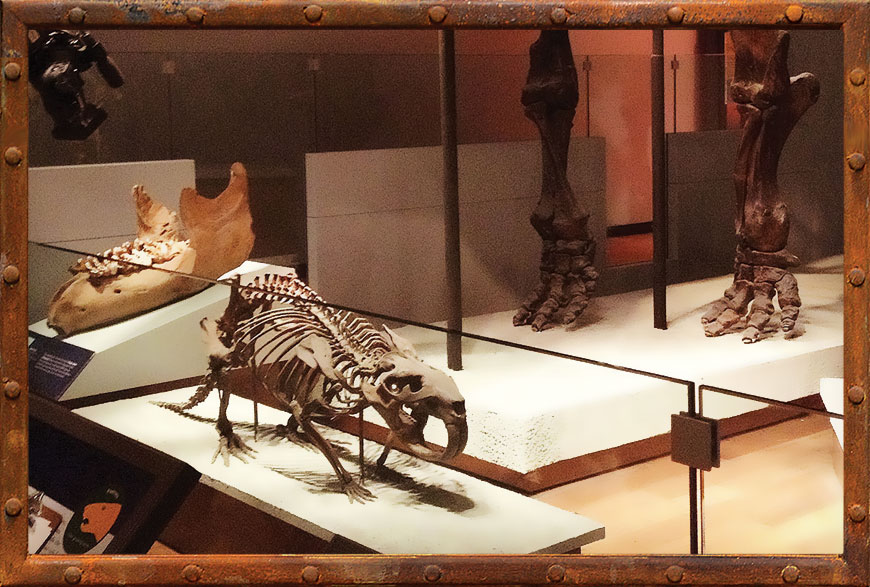 At The Field Museum, you can see a prehistoric giant beaver skeleton. Though it may appear small next to the mammoth and mastodon skeletons, it was the size of a small bear.

Learn about the “Mammoths and Mastodons: Titans of the Ice Age” exhibit at The Field Museum.

Read about the giant beaver.

The next time you hear someone complain about Chicago’s winters, you might remind them that the last Ice Age here ended approximately 12,000 years ago.

After those last glaciers receded, some amazing creatures wandered around this area for a while. In fact, one of them breathed his last right on the spot of what is now the Pritzker Elementary School in Wicker Park.

It might not have been mammoth big or mastodon big. But it was BIG. It was a prehistoric giant beaver: a rodent that could grow to almost the size of a small bear. Far from being just a bigger version of today’s beaver, it was of the genus Castoroides (C. ohioensis) – a completely different animal. 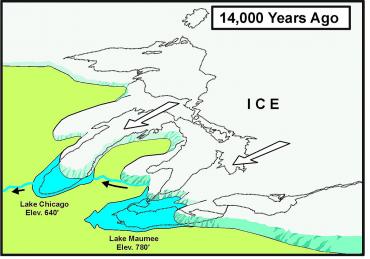 Before there was a Lake Michigan, there was Lake Chicago – back when the last glaciers were receding at the end of the last Ice Age. Photo Credit: WikiCommons 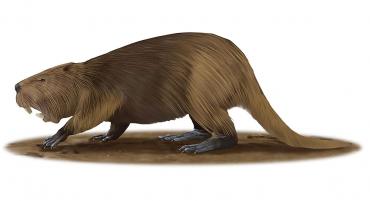 Though the prehistoric giant beaver resembles today’s beaver (except in size), it is a completely different animal, of the genus Castoroides. Photo Credit: The Field Museum

Two construction workers digging a foundation at a Wicker Park school in 1960 discovered bones, including a six-inch incisor (front tooth), which they thought might be something important. Today, The Field Museum is the final resting place for that ancient creature.

You can see a prehistoric giant beaver skeleton on display at The Field Museum, next to those of mammoths and mastodons that used to live in the area – back when no one was complaining about our weather in January.