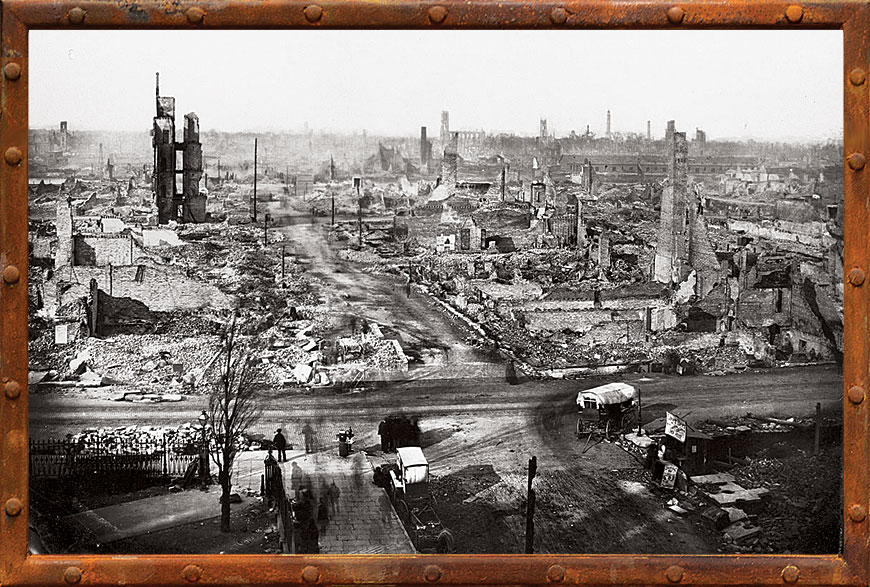 After the Great Fire of 1871, the city faced a housing crisis. Tens of thousands of people left Chicago; those who remained had to find shelter quickly. Photo Credit: Chicago History Museum

Learn about the Chicago Relief and Aid Society.

Read about the Chicago Relief and Aid Society.

If you spot one of these miniature houses on the Near North Side, you might think someone installed a mother-in-law suite in a one-car garage – a very long time ago. It’s actually much more interesting than that.

After the Great Fire of 1871, the city was in ruins. Nearly 100,000 people lost their homes. Tens of thousands of people left the city; others were taken in by friends. The fire had struck in early October, and winter was coming.

The Chicago Relief and Aid Society stepped in to provide kits – plans and materials – so people could build their own shelter cottages, as they were called. They came in two sizes; both were tiny.

More than 5,200 of the cottages were built in the month following October 18, 1871. They didn’t last long, as people moved on to more permanent housing. Today, only a few remain; no one knows how many, as they have been built around and covered with other materials. 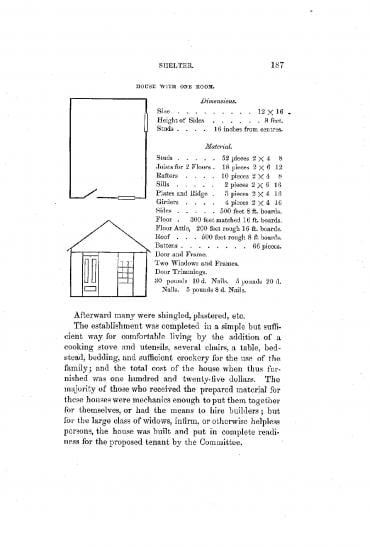 The Chicago Relief and Aid Society stepped in to help, providing kits with plans and materials for people to build their own shelter. Photo Credit: University of Michigan, Making of America Collection 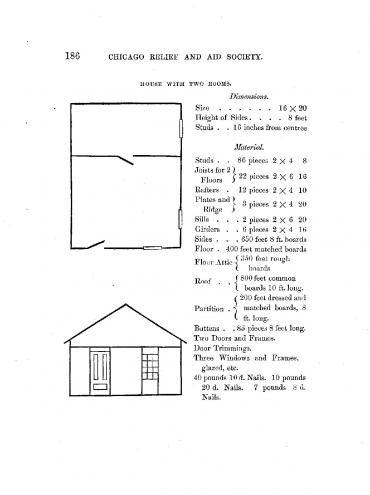 The cottages came in a one-room size for families up to three people, and a two-room size for larger families. Photo Credit: University of Michigan, Making of America Collection 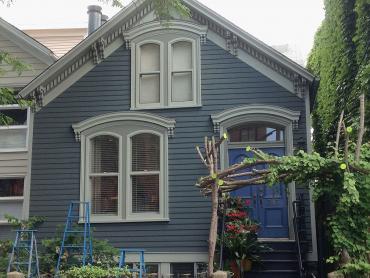 Today, you may catch a rare sighting of one of these diminutive cottages on the Near North Side. Some have been altered or added onto.