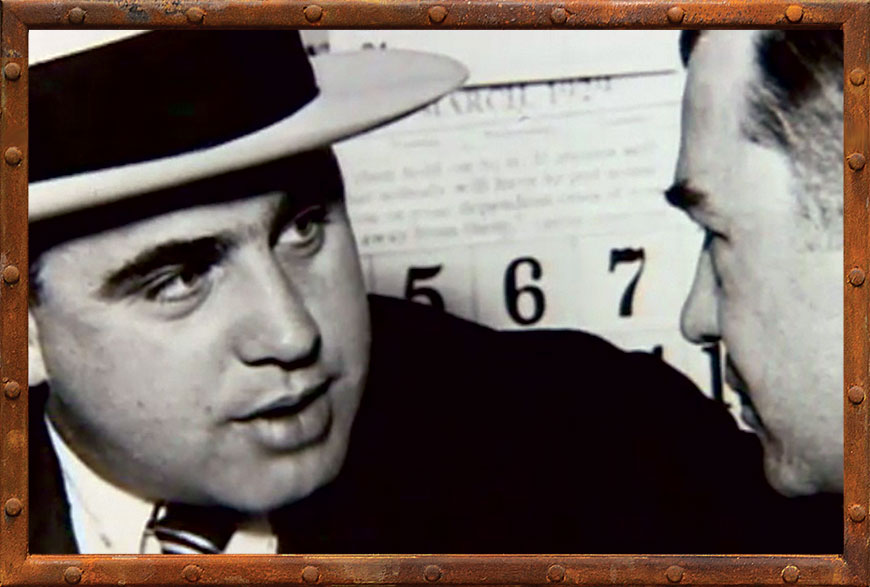 He was America’s best-known gangster, and for a time during the Prohibition era, Al Capone’s brand of lawlessness was synonymous with Chicago. 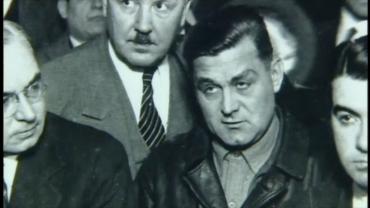 By 1929, Al Capone had risen to the top of the Chicago outfit. But he still had one bitter rival: Bugs Moran and his North Side Gang. 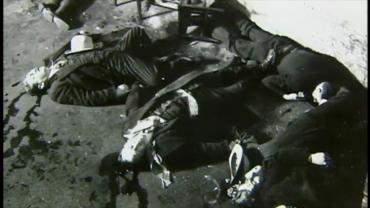 In the St. Valentine’s Day Massacre, six members of the Moran Gang (plus an unlucky associate who happened to be on the scene) were gunned down in a garage on North Clark Street. The crime was never solved.

Read about Al Capone in the context of Chicago history.

In 1929, Prohibition was in full swing – and so was a long-running mob war that had pared the Mafia roster in Chicago down to two major gangs.

One was the North Side Gang, led by George “Bugs” Moran. The other was the Capone mob. Al Capone had risen through the ranks to run the Chicago outfit, and he didn’t like competition.

On February 14 of that year, six members of Bugs Moran’s gang were hanging out in a garage on North Clark Street, reportedly awaiting a shipment of stolen liquor. Out front, a Cadillac such as the kind used by police pulled up. A group of men, including two dressed as police, entered the building.

The Moran gang, thinking it was a regular bust, gave up their weapons and lined up against the wall. But then the impostors pulled out Tommy guns (Thompson submachine guns) and mowed down the Moran gang (and one unlucky hanger-on).

When the real cops showed up, they found all but one of seven men on the scene already dead. The last one died a few hours later.

Despite some good leads, the St. Valentine’s Day Massacre, as it came to be known, was never solved. Capone had an airtight alibi (he was in Miami that night) and managed to dodge accusations that he had ordered the hit.

But it did serve a climactic purpose in the gangster era. The dramatic scope of the crime and the headlines it garnered focused so much attention on Al Capone that President Herbert Hoover told his Treasury department to “get that man.”

They did – on tax evasion charges. In October 1931, Capone was convicted and sentenced to 11 years in federal prison. He served part of his sentence at Alcatraz and was released in 1939, ill and mentally diminished. He died in 1947.

Today, the site of the garage where the hits took place is a quiet, shaded lot adjacent to a senior apartment community managed by the Chicago Housing Authority. 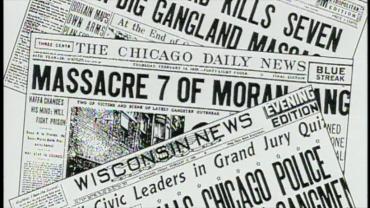 The sensational murders got so much attention that President Herbert Hoover was spurred into action. He told his Treasury department to “get that man.” 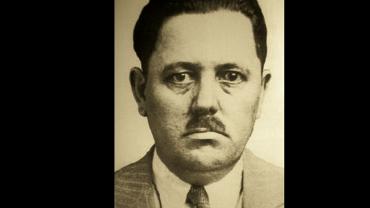 A prime suspect in the crime was Fred “Killer” Burke, a mobster from St. Louis who was known to wear a police uniform in some of his heists. Burke had formerly been with an Irish gang in St. Louis called Egan’s Rats. It had largely disbanded, and he was working for Capone in 1929. 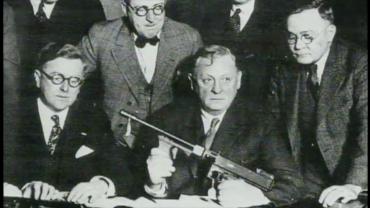 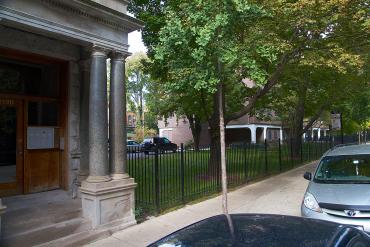 Today, the site of the garage where the hits took place is a quiet, shaded lot adjacent to a senior apartment community managed by the Chicago Housing Authority. Photo Credit: Alan Brunettin