The Story of Chicago in Maps

It’s amazing what you can see when you get a little perspective. Slide the Time Machine slider bar to see how dramatically Chicago has changed since Marquette and Joliet first visited the area. 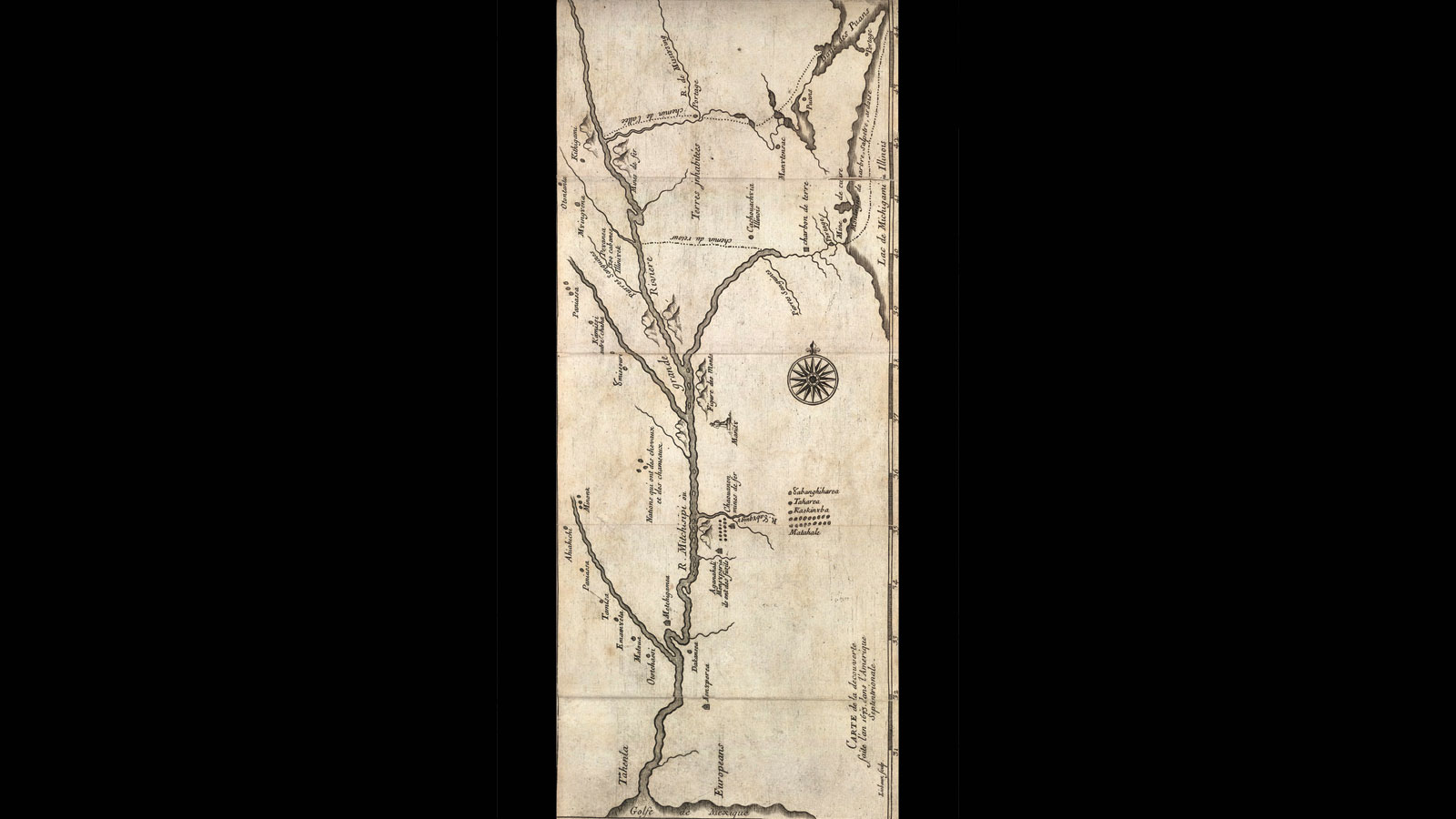 Portage Possibilities
Louis Joliet and Jacques Marquette’s first explorations showed that except for a short portage (revealed to them by helpful Native Americans), a water route from the St. Lawrence River all the way to the Gulf of Mexico was possible.
Photo Credit: Public Domain 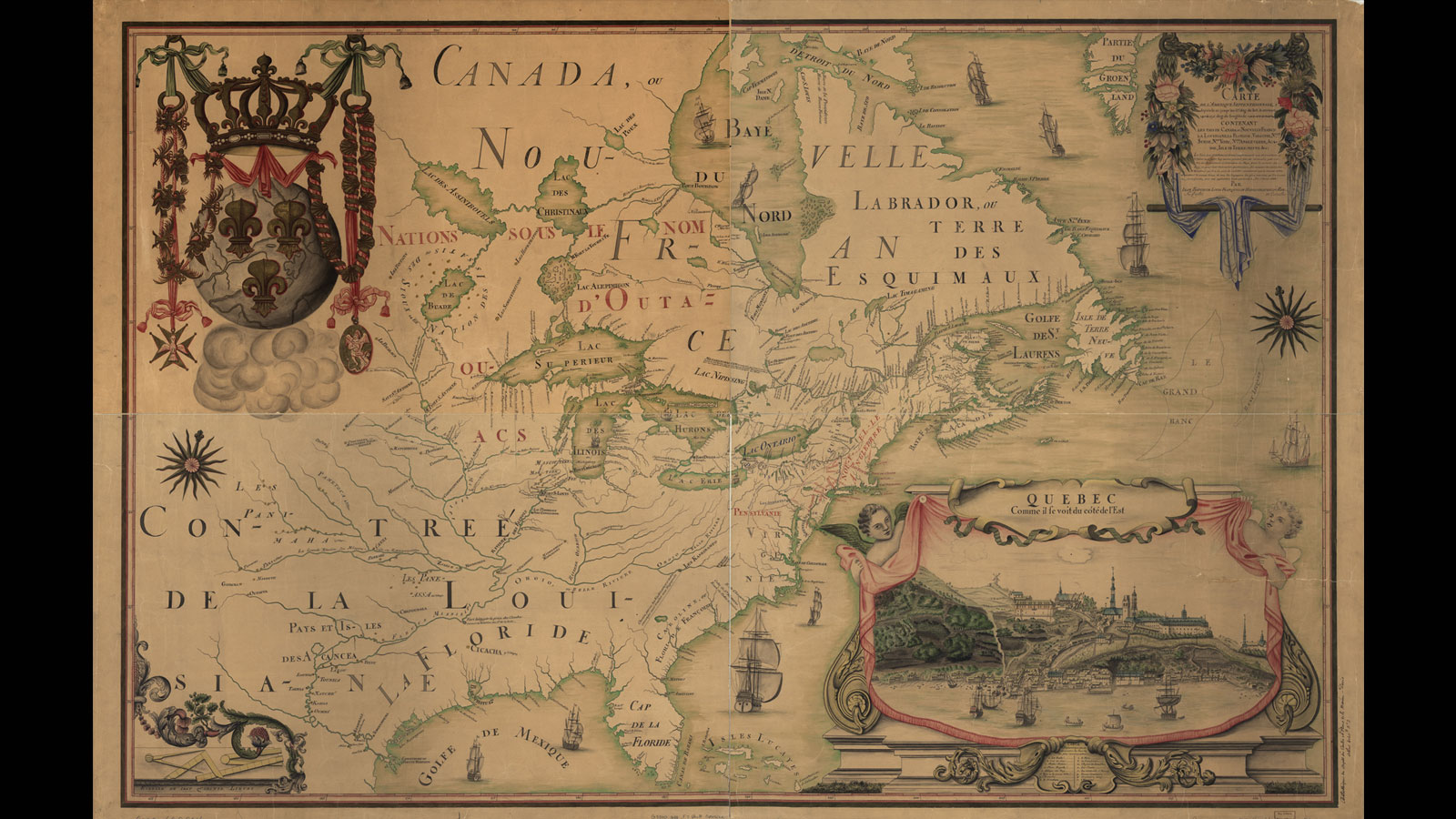 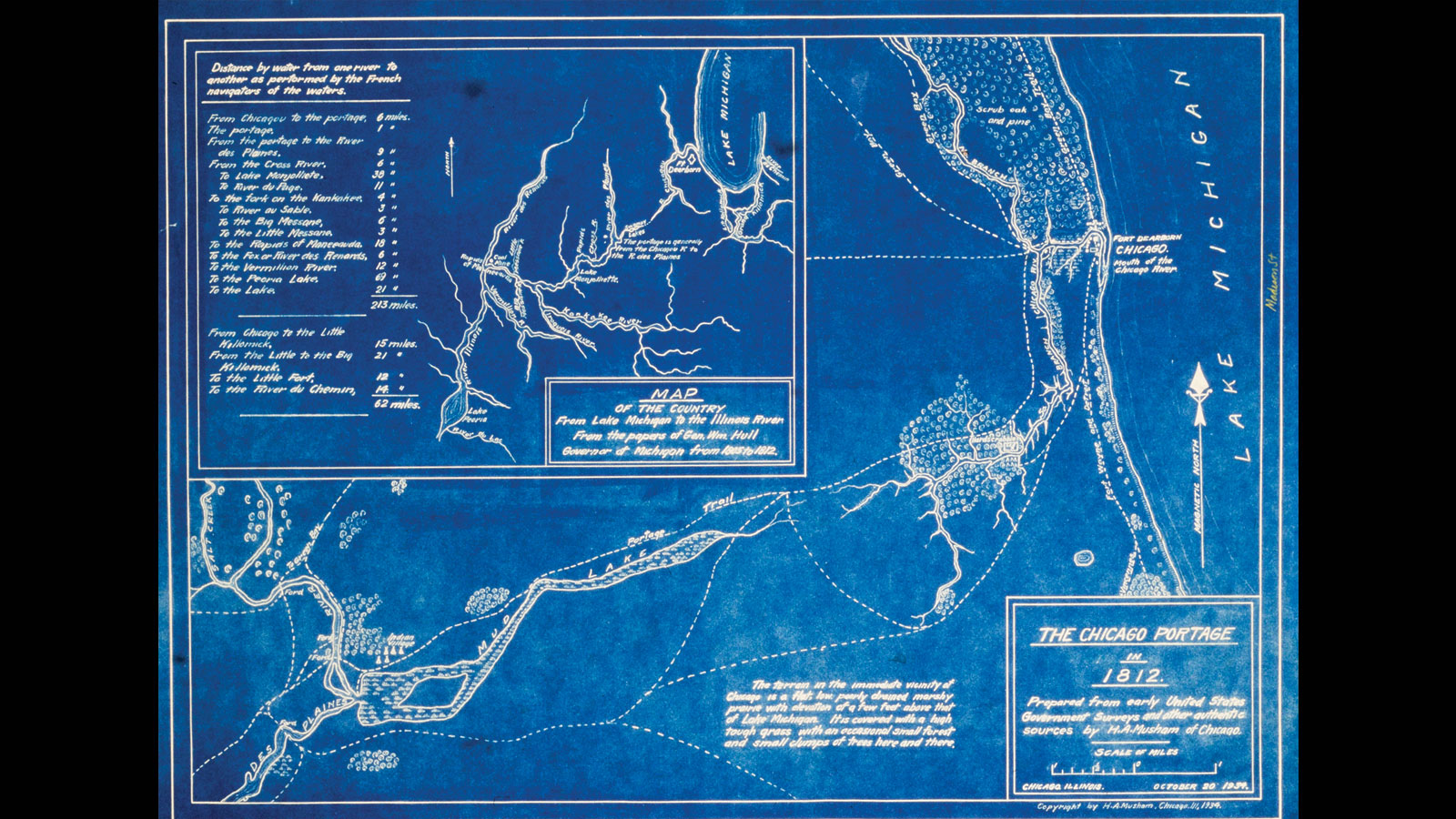 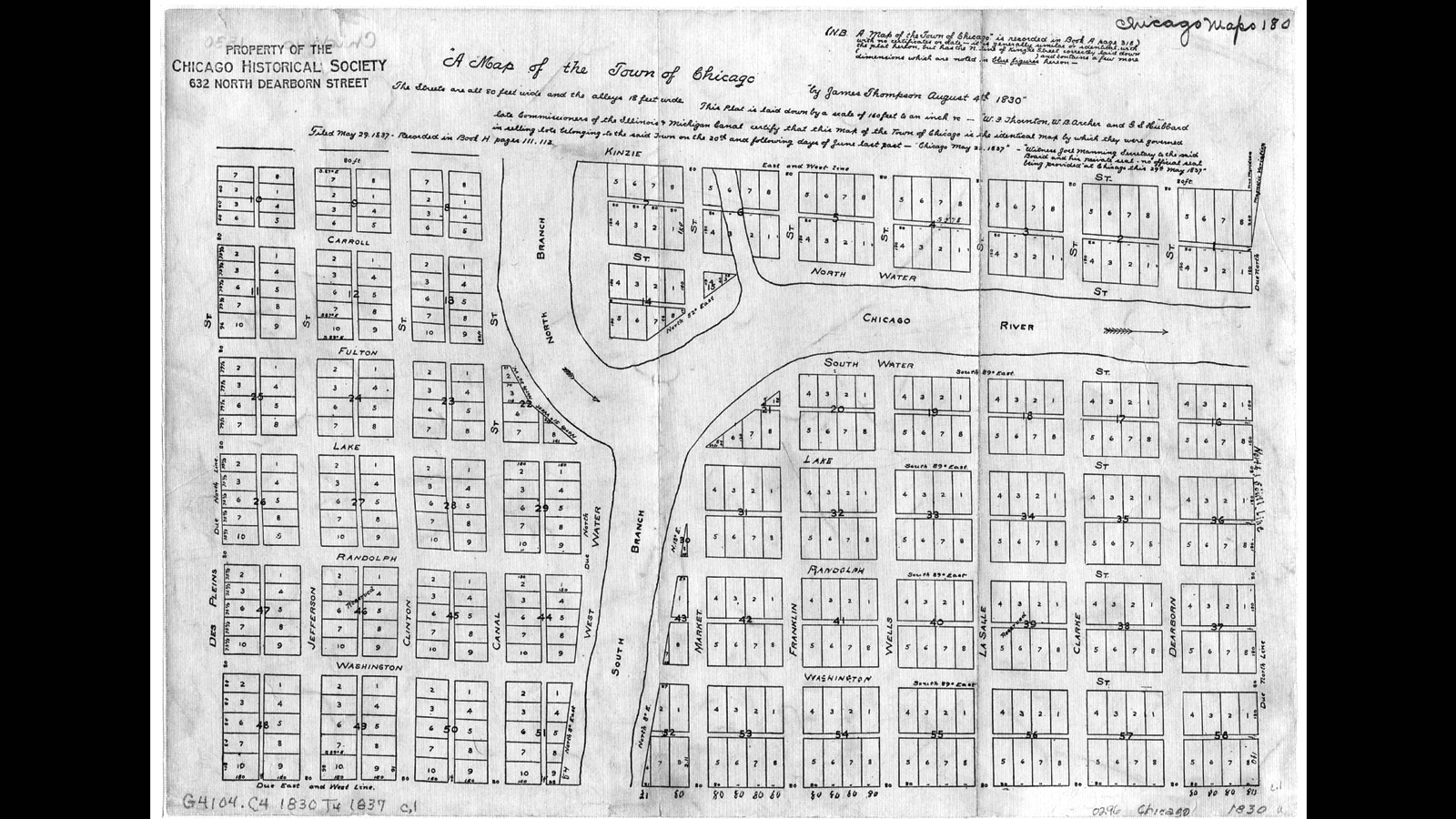 On the Grid
After the War of 1812, people came pouring into Chicago. Though not yet chartered, the city was already establishing a street grid; North and South Water Streets were on the map and accepting cargo. Note the extra “mini north branch” of the river. This small tributary would be mostly filled in by 1850. Documentation of the precise time and method of its disappearance is unfortunately elusory.
Photo Credit: Chicago History Museum 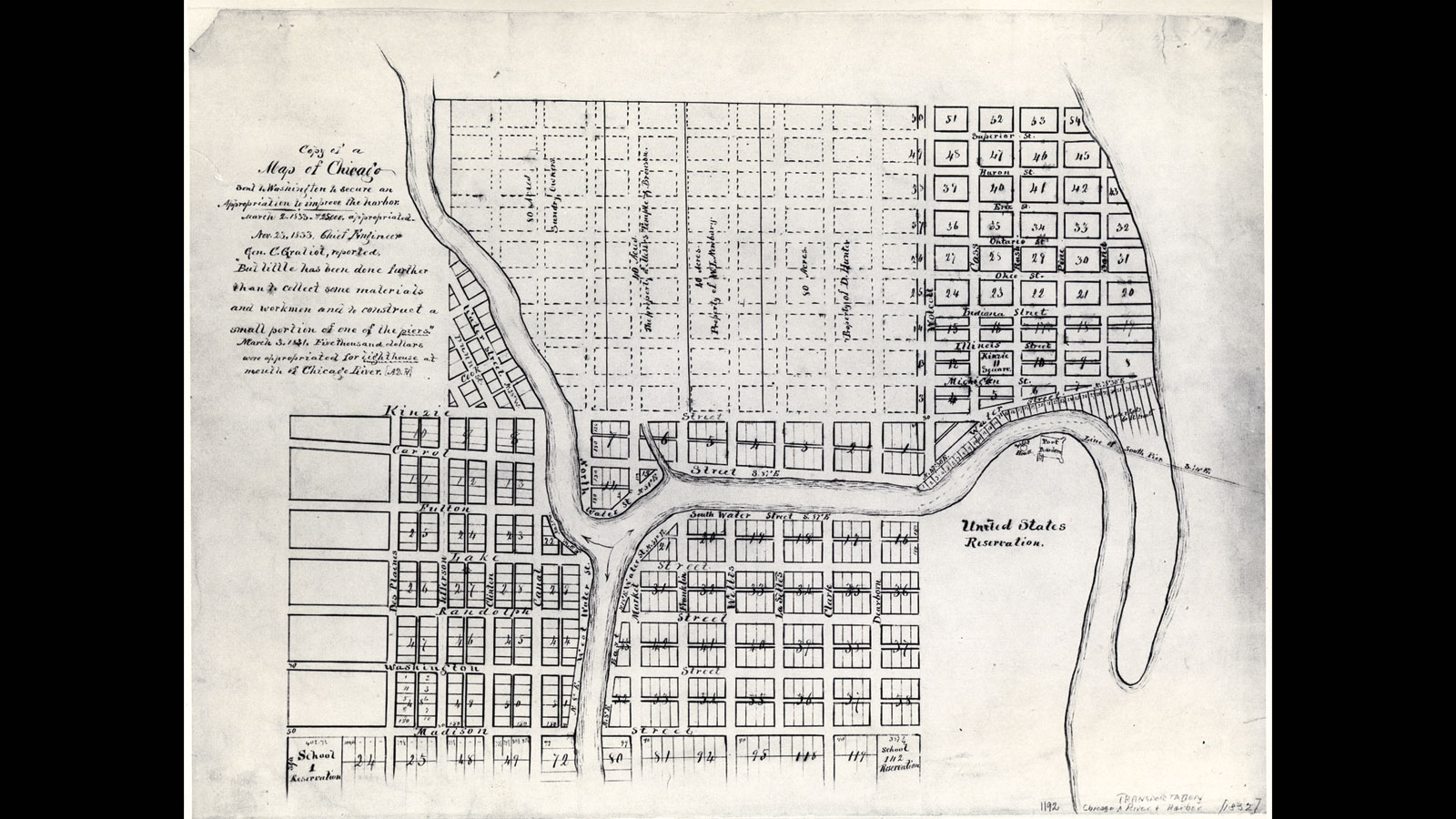 A River Runs Through It
Just a few years later, another map shows the street grid expanding and filling out; however, note that the mouth of the Chicago River still flows along its original natural course, turning to the south at a rebuilt Fort Dearborn and emptying into Lake Michigan near Madison Street.
Photo Credit: Chicago History Museum 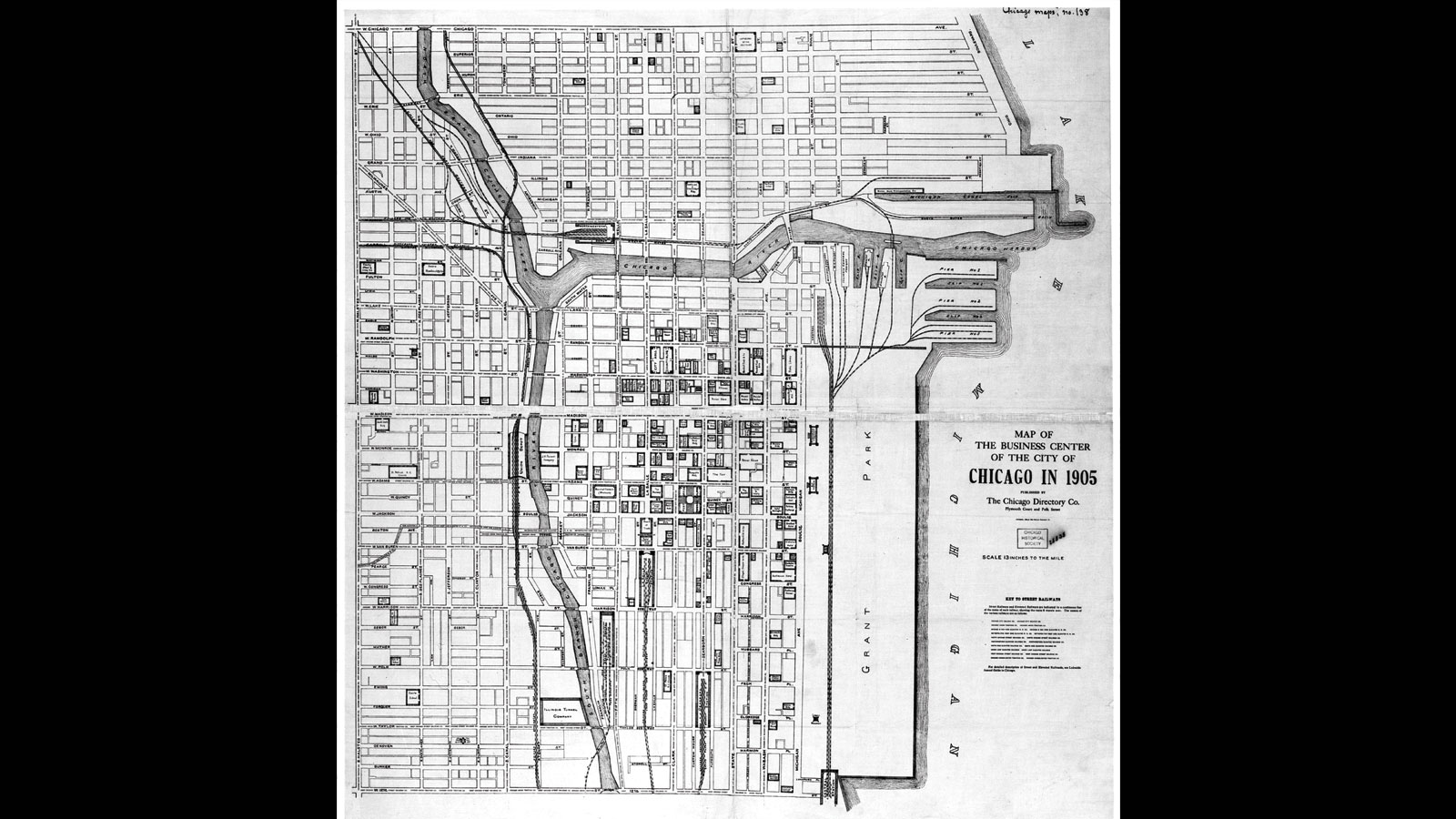 Filled In
By 1905, the lakefront had been greatly extended into Lake Michigan with the mountain of charred rubble left in the wake of the Great Fire of 1871. Grant Park, with its shoreline newly extended by additional landfill, was ready to be remade in Daniel Burnham’s vision; Burnham would publish his Plan of Chicago in 1909.
Photo Credit: Chicago History Museum 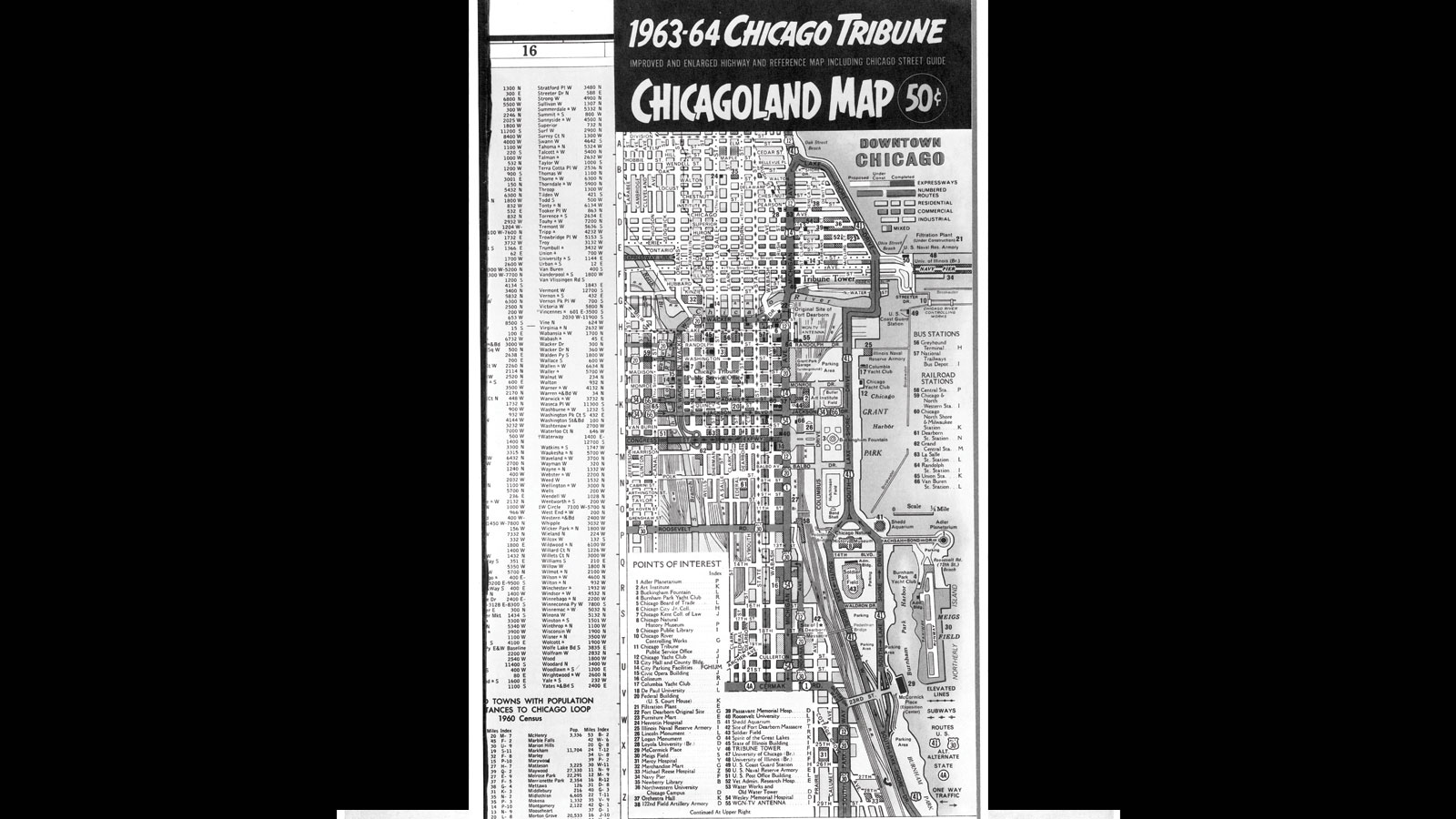 Twentieth-Century Lakefront
The lakefront now shows the dominance of Lake Shore Drive; a fully developed, if not yet refined, Grant Park; and a Meigs Field that had not yet met its match in Mayor Richard M. Daley. Note the Petrillo Band Shell, still on the south end of Grant Park.
Photo Credit: Chicago History Museum

Then and Now: The Story of Chicago in Maps