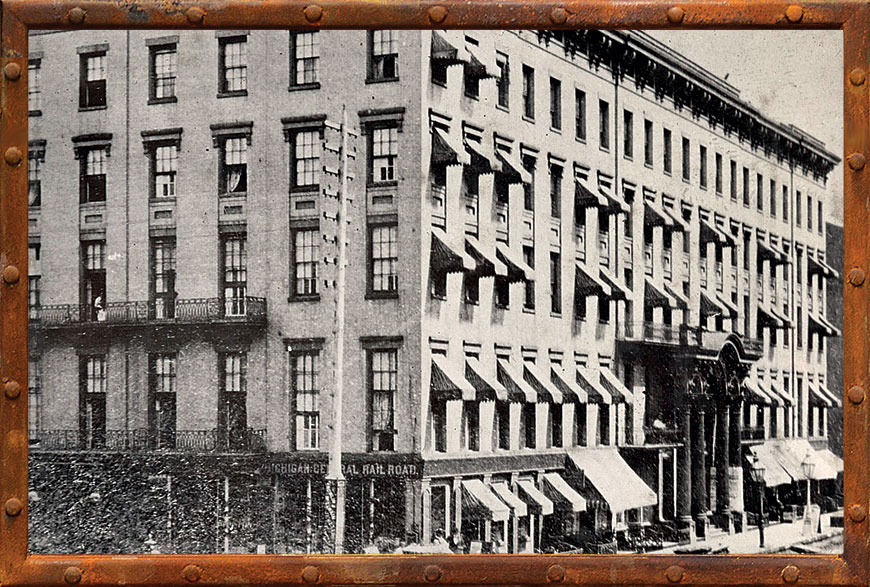 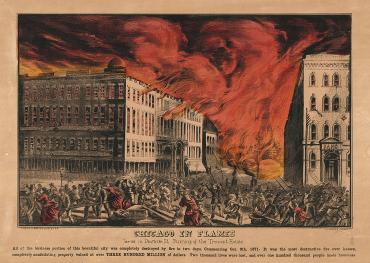 A vintage lithograph captured the Tremont House as it burned in the Great Fire of 1871. Photo Credit: Chicago History Museum 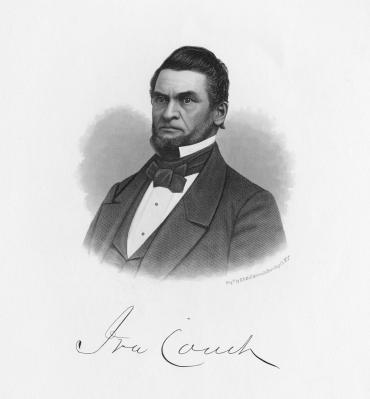 Ira Couch built three Tremont House hotels at the intersection of Dearborn and Lake Streets. All three were destroyed by fire: the first in 1839, the second in 1849 and the third in the Great Fire of 1871. A fourth Tremont House stood until 1937. Photo Credit: Chicago History Museum

Read about Tremont House, one of Chicago’s most storied hotels.

Learn about the history that took place at Dearborn and Lake.

The word “visionary” is often overused today. But back in 1836, a man named Ira Couch saw what was ahead for a booming Chicago, well before others could see it.

He built a three-story hotel at the corner of Lake and Dearborn Streets. And when that hotel burned in 1839, he built again, across the street.

And when that hotel burned in 1849, he built yet again – and this time, he went even further. People called it “Couch’s Folly” when he built a five-story, brick, 260-room hotel designed by leading American architect John Van Osdel.

When the city ordered all downtown streets raised up out of the mud, the Tremont House was one of the first hotels to be elevated more than four feet to the new street level – while its guests slept in their rooms.

Couch’s third Tremont House was considered the leading hotel in the West. Alas, it burned in the Great Fire of 1871.

Although Ira Couch had died in 1857, his estate built a fourth Tremont House, also designed by Van Osdel, on the site. It stood until 1937.

However, the Couch presence can still be found today: Couch Place, an alley-like street in the Loop, and the Couch family mausoleum, which sits in Lincoln Park, just behind the Chicago History Museum – a remnant of the days when Lincoln Park was City Cemetery.

In 1903, the Iroquois Theatre burned during a crowded matinee when a piece of scenery caught fire. In the ensuing panic, many found that exit doors were locked or difficult to open. More than 600 people were killed – many of them children. At the time, it was the deadliest disaster in Chicago history eclipsed only by the Eastland Disaster of 1915.” 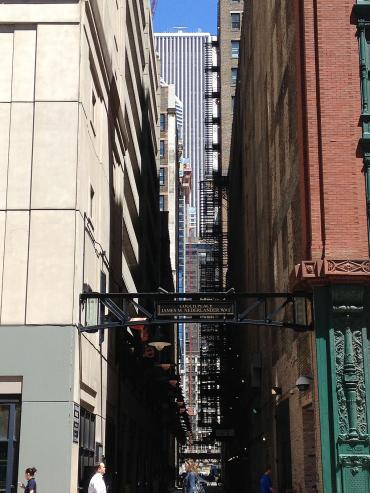 Couch Place, an east-west street in the Loop, looks like an alley, but is actually a street. It is named for Ira Couch. Photo Credit: Chicago History Museum 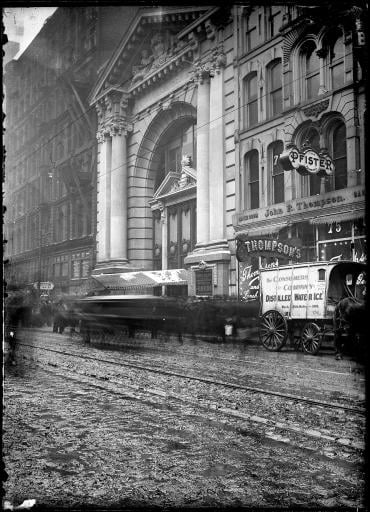 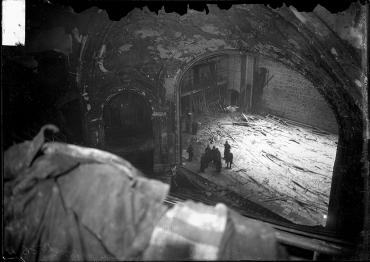 The Iroquois Theatre burned during a crowded matinee on December 30, 1903, when a piece of scenery caught fire. In the ensuing panic, many found that exit doors were locked or difficult to open. Photo Credit: Chicago History Museum 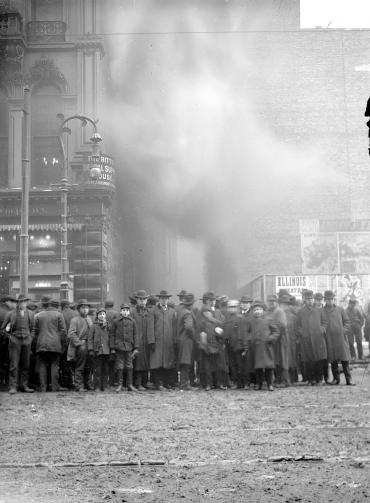 More than 600 people were killed In the Iroquois Theatre fire — many of them children. Up to that time, it was the deadliest disaster in Chicago history. Photo Credit: Chicago History Museum